Disconnection of the reservoir is needed because the pipes which connect to it remain on the car, since they feed the power steering rack the front of the vehicle. Before removing the reservoir you need to drain it because the connections are on the underside, so as soon as you disconnect the fittings any fluid will go all over the place. In reality, what will happen is you will drain it as best you can and then when you disconnect it, fluid will still go all over the place. I used a syringe to get as much as I could out. It was an ear syringe. I've never used it for ears since ;-)

There are two pipes attached to the PAS reservoir. As you can see in this first image, the reservoir sits on two arms that mount on the plenums. You can just lift the reservoir up to remove the two pipes from underneath.

The fuel line block is also connected to the PAS mount, so there are two bolts to remove for that as well before the reservoir can be removed. 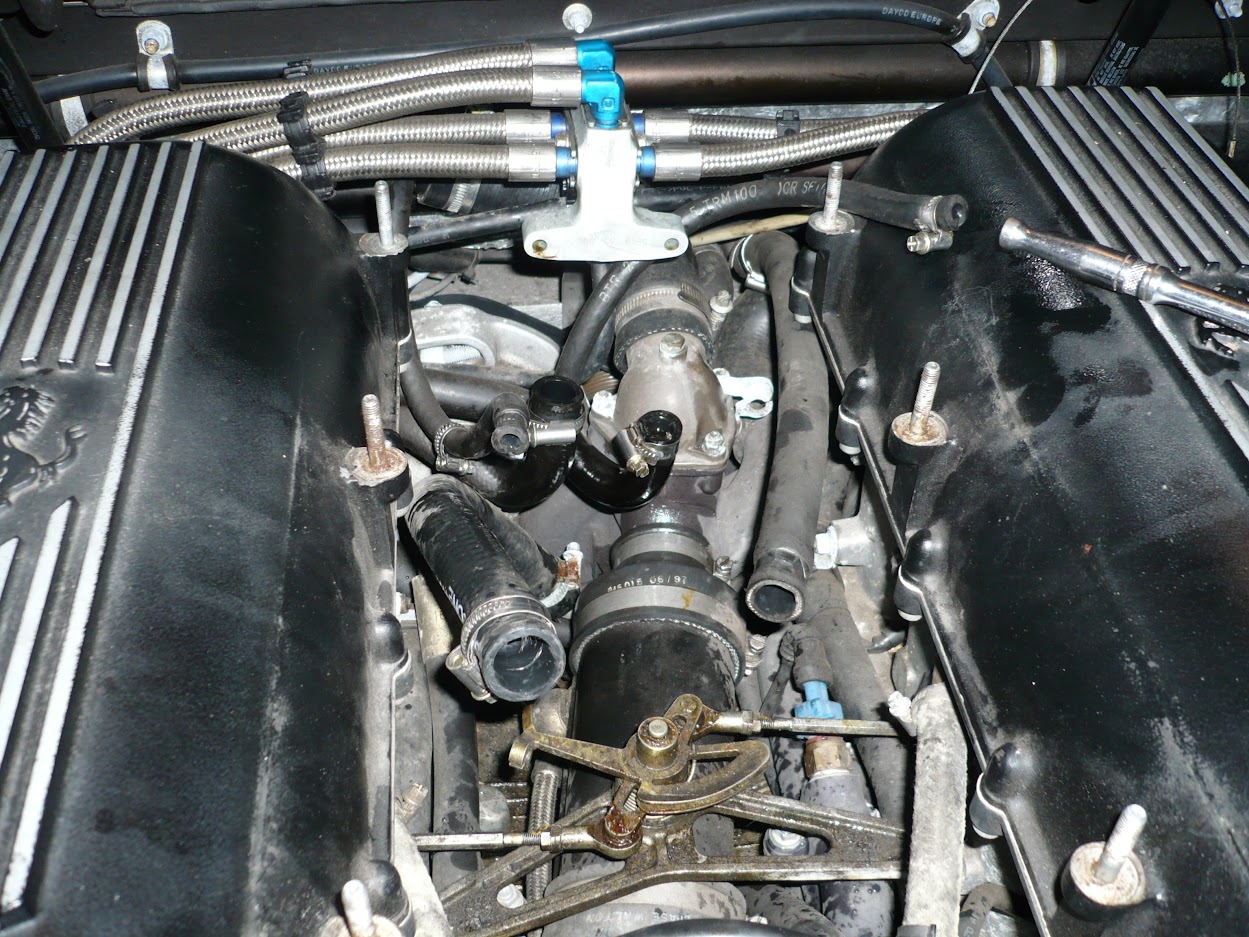 The two PAS pipes are the darker ones in the image (because they're covered in fluid!). They're different sizes so you can't get them wrong at re-connection time.

There are two power steering connections that go on to the bulkhead from the PAS pump and header tank. These are the feed and return connections from the steering rack and also need to be disconnected. I failed to take photos of these unfortunately although one of them can be seen in the picture below, at the top, just to the left of the bulkhead coolant connection (it's the one with a bit of white corrosion on it). 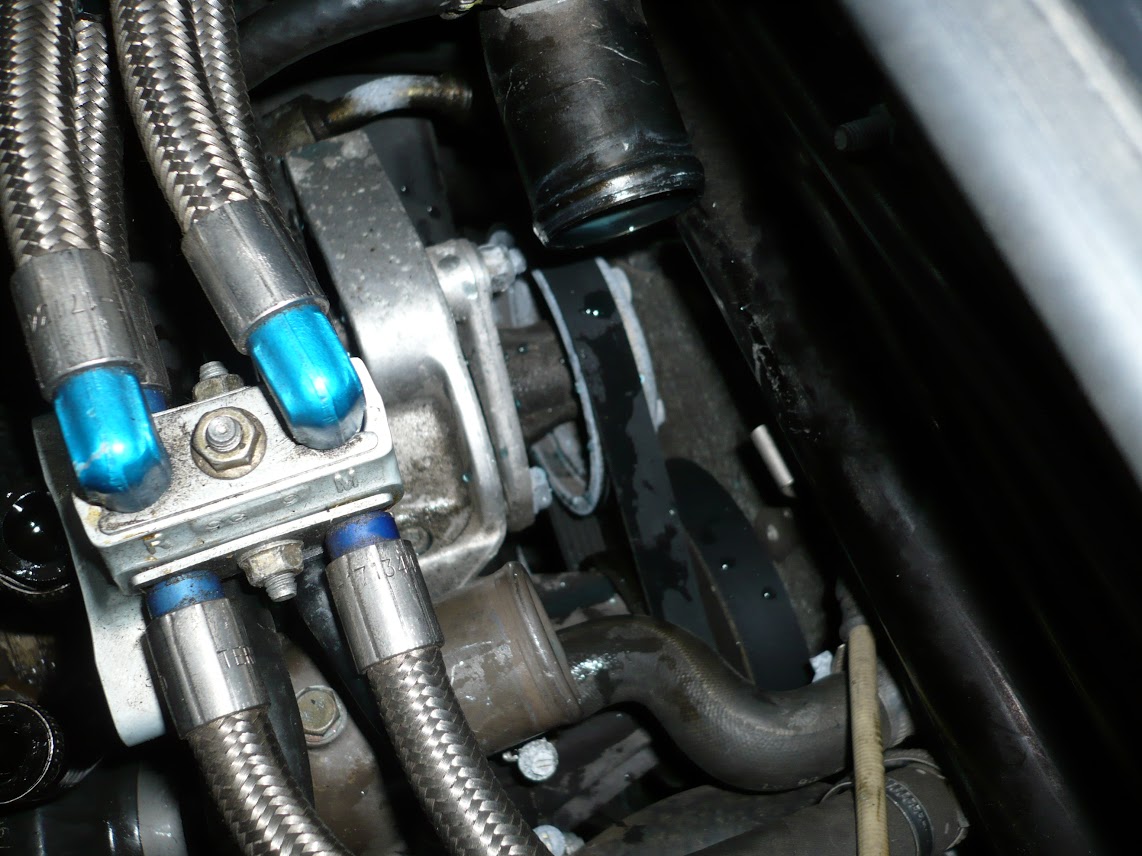