The air intakes are relatively easy to get out as they just sit on top of the engine feeding the mass air flow meter and then the two plenums. All of this just comes off by removing a few 10mm nuts. The plastic resonator box is attached to the one of the left airbox fixings, but the resonator is left attached to the other part of the inlet just after the air flow meter, for subsequent removal. 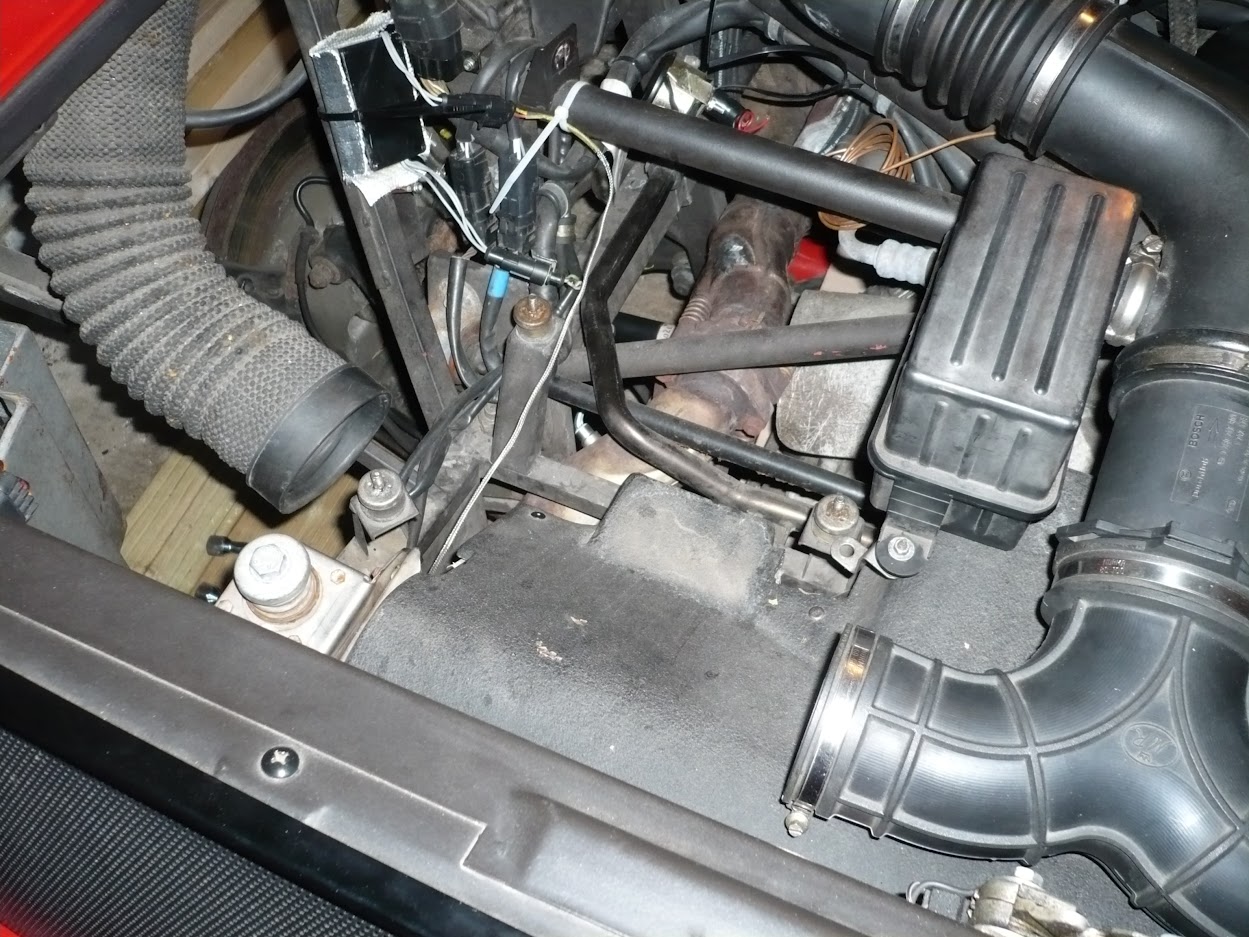 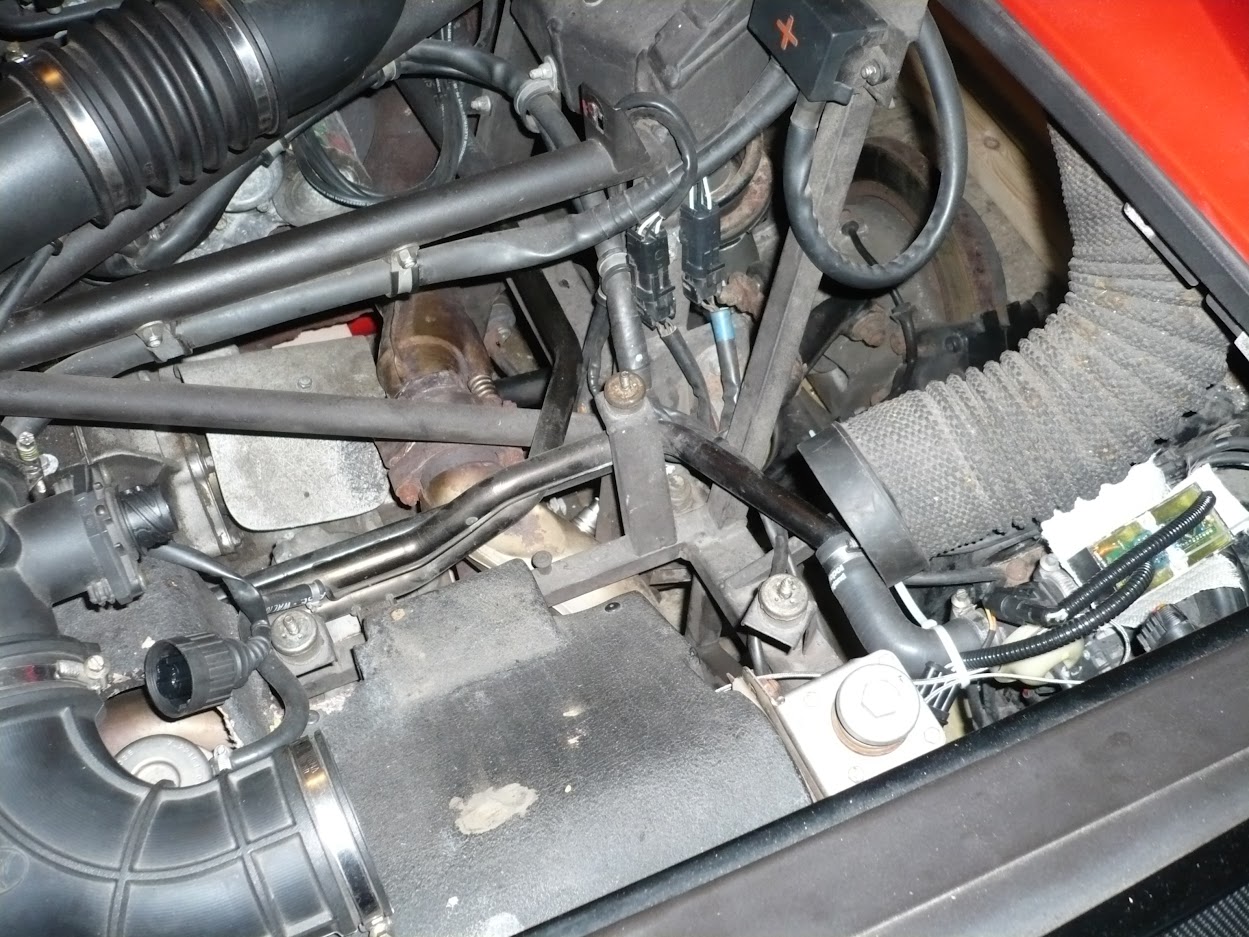 There is a wiring loom cable connected to the underside of the right hand plenum feed pipe, which is the connector for the MAF. This has to be removed now as the loom stays on the engine when it comes out but the air inlet pieces need to come off now. In the forefront of the image is the socket for the MAF which that cable connects to. 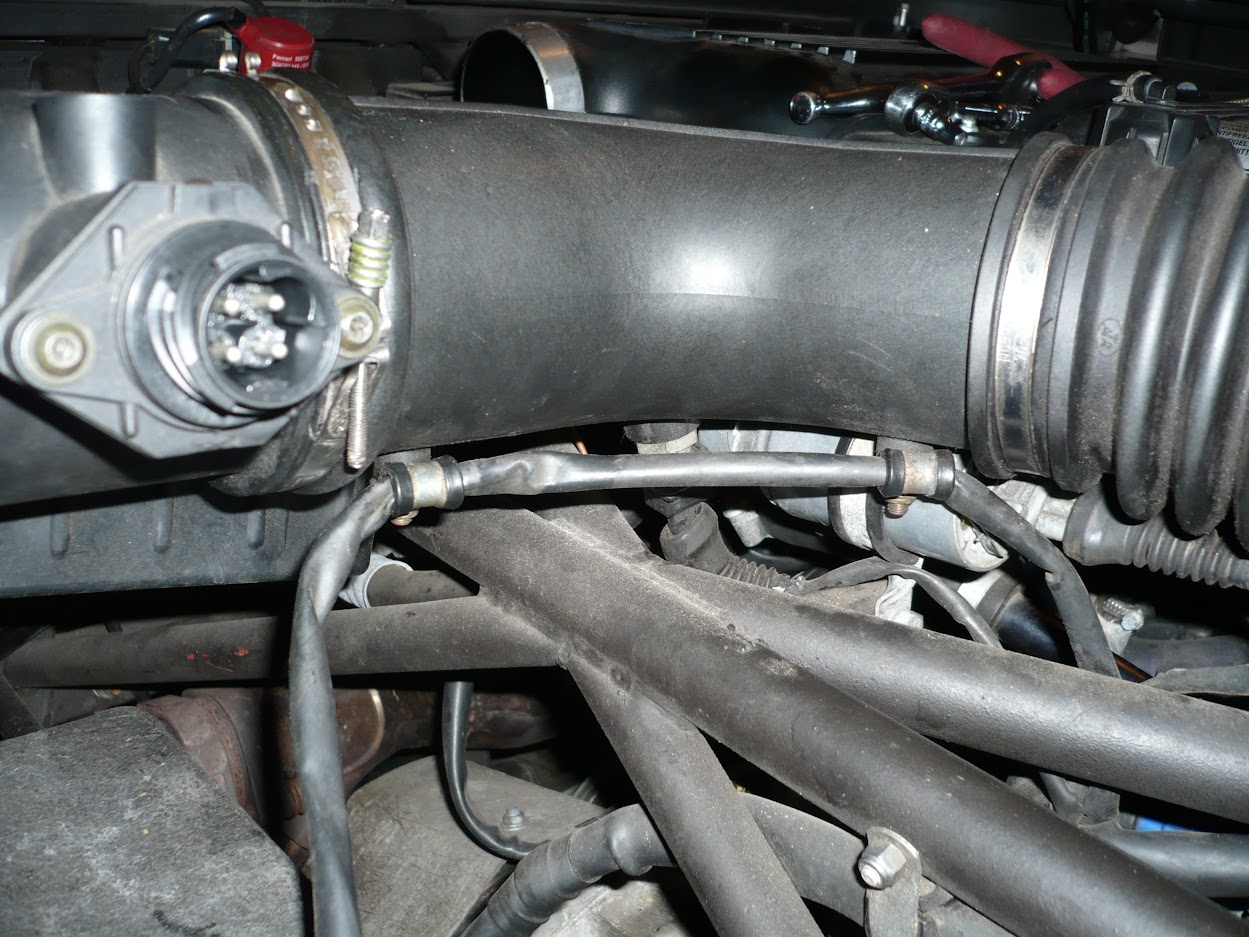 Also underneath the inlet is a connector for the air temperature sensor: 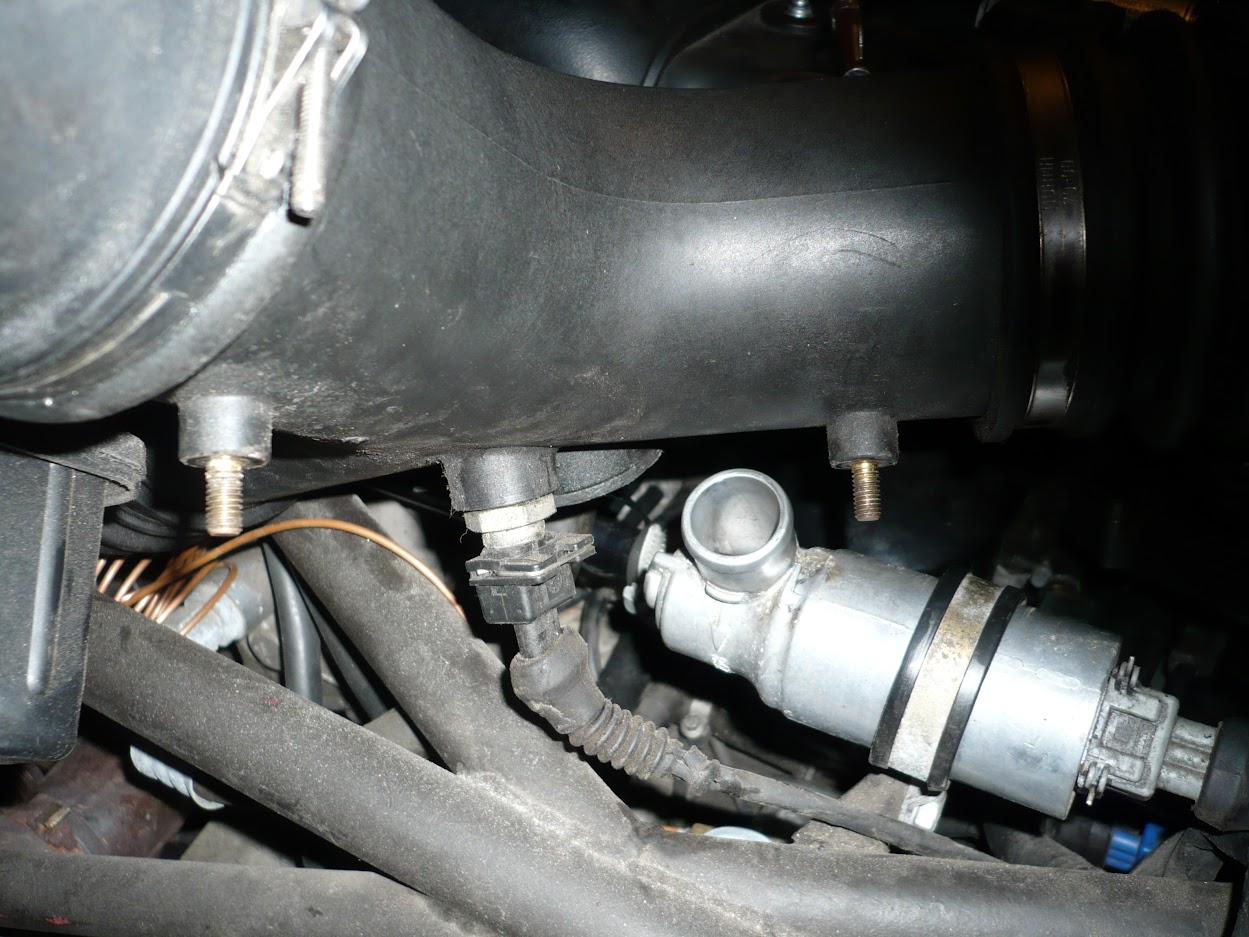 These AMP connectors appear on the car in a lot of places. The have a wire clip which must be pulled off before the connector can be removed. Having removed the connector it's always best to put write clip back on it; when you reconnect you just push the connector on and the spring clip will give and then clip into place - there's no need to remove the spring again before reconnecting. The other visible thing in the above image here is the idle air valve. This pushes on to the middle of the Y piece and can easily be pulled out. I'm amazed it doesn't leak to be honest. Or perhaps it does. Who knows?!

Finally here's an image of what's underneath all that plastic and rubber: 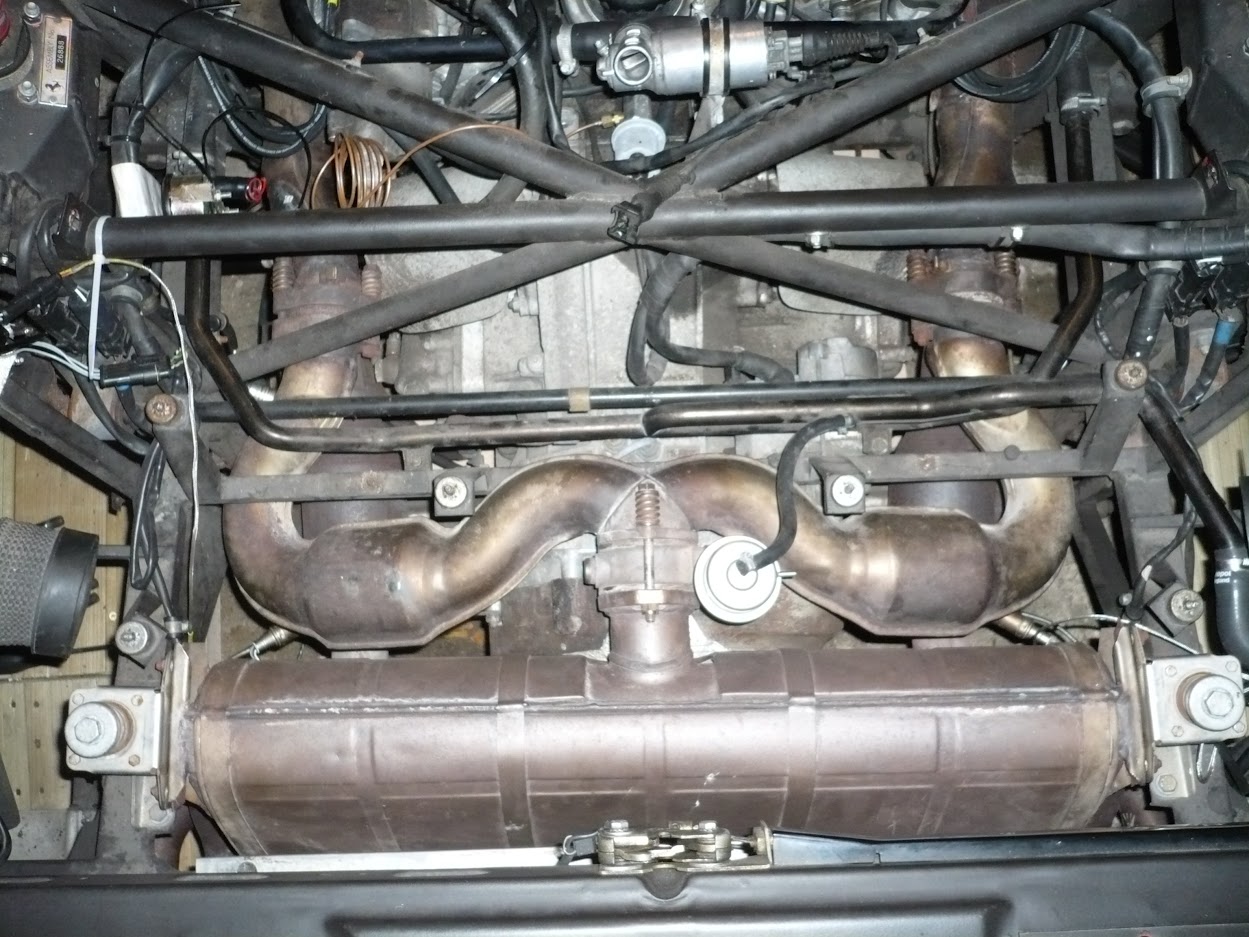