There is a solid rod that connects the gearbox shift rod to the gearstick. it is mounted on universal joints with an adjuster at the rear to set the centre point of the gearstick. Disconnect both ends and remove the rod completely. Note the rod goes through a hole in one of the chassis cross-members, so it has to be slid out lengthways.

This is at the gearbox end - the vertical bolt holding the rod assembly to the gearbox has been removed here, but note I would soon find out that you can't remove the shift rod by just undoing the bolts at both ends, because it won't slide off as there is no clearance. 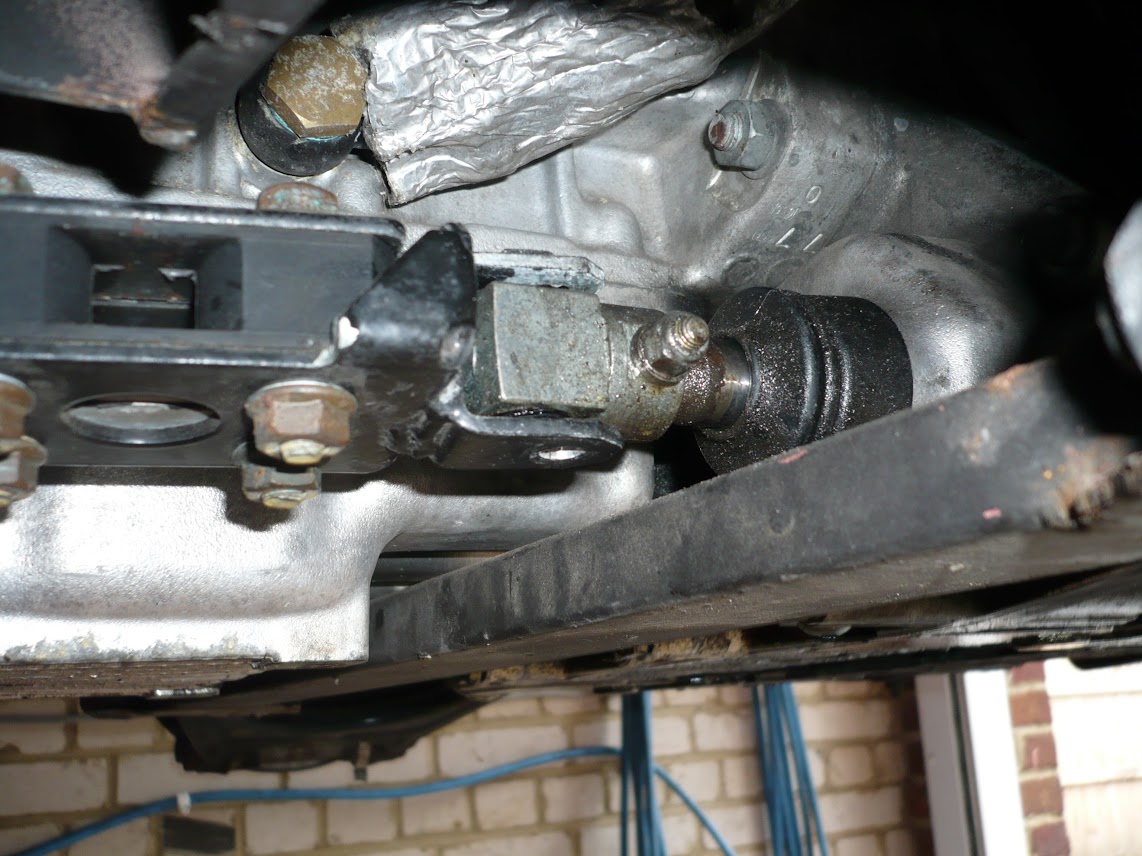 To actually get the shift rod off the car you must split it by removing the three allen bolts at this flange. I'm in the process of doing that in this photo: 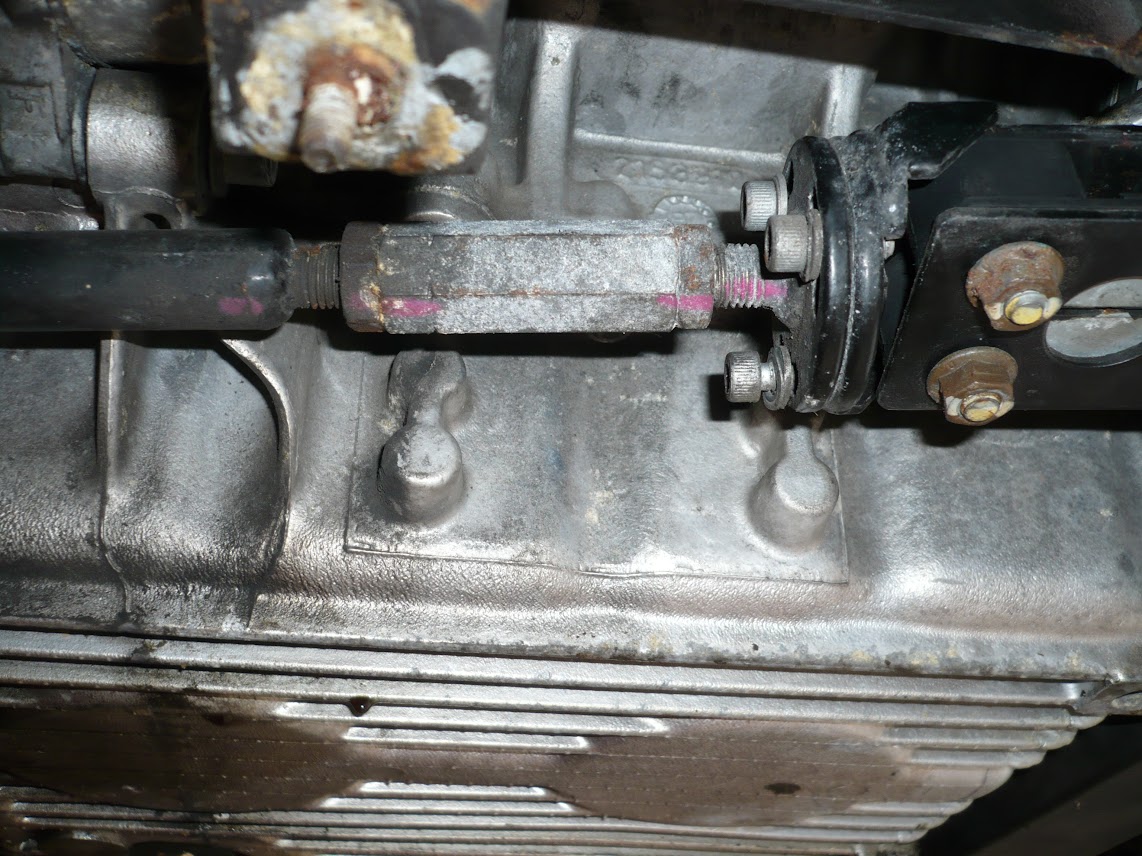 With the flange undone, I removed the damper piece and put the gearbox bolt back in place for safe keeping.  In the above photo you can see the purple mark that someone else has put in place when the last engine out service was carried out, so that they knew where to put the adjuster on re-installation. I could not make use of this as all of these components would be cleaned up and re-plated thus any markings would be lost. 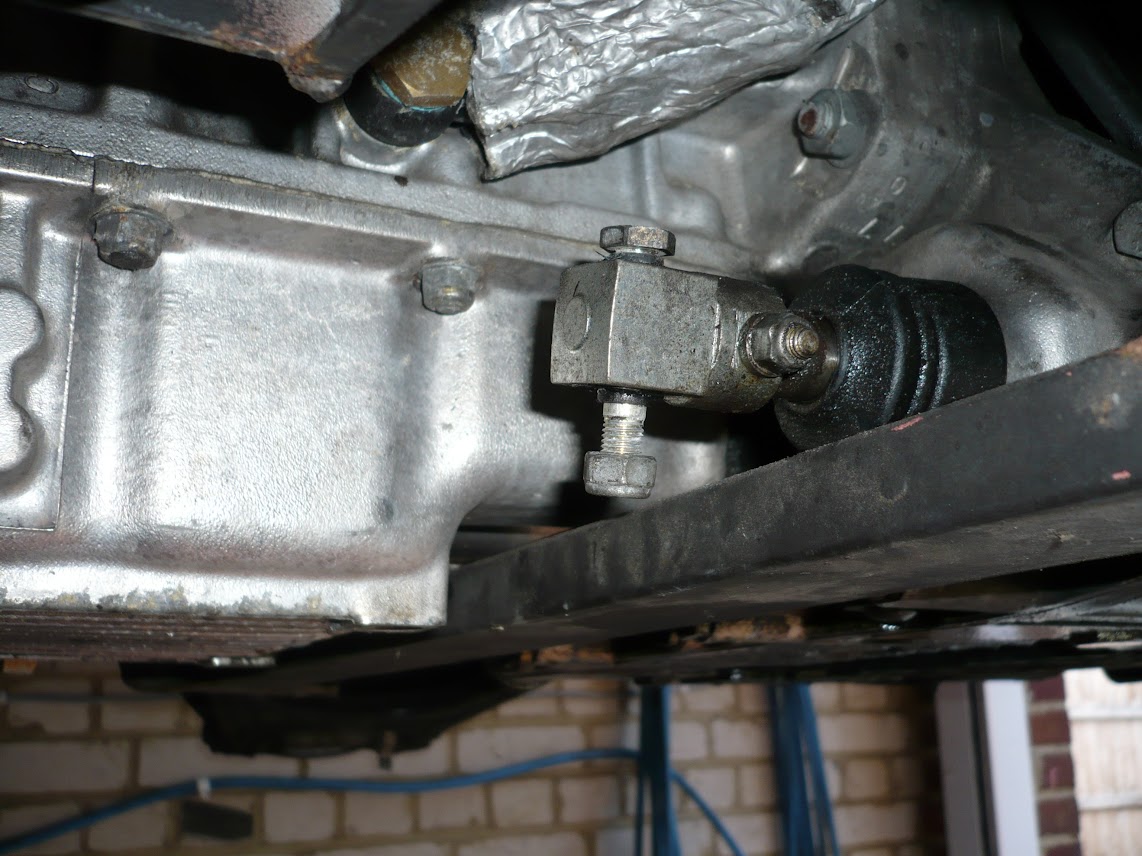 At the gearstick end there is another connection to remove. Again, the bolt has already been removed in this picture. The yellow passivated joint component comes off with the rod because the horizontal bolt can be removed from this position whereas the vertical one can't since it goes in from the top and the underside of the car obstructs it. Plus I wanted to get the block re-plated anyway so it needed to come out. 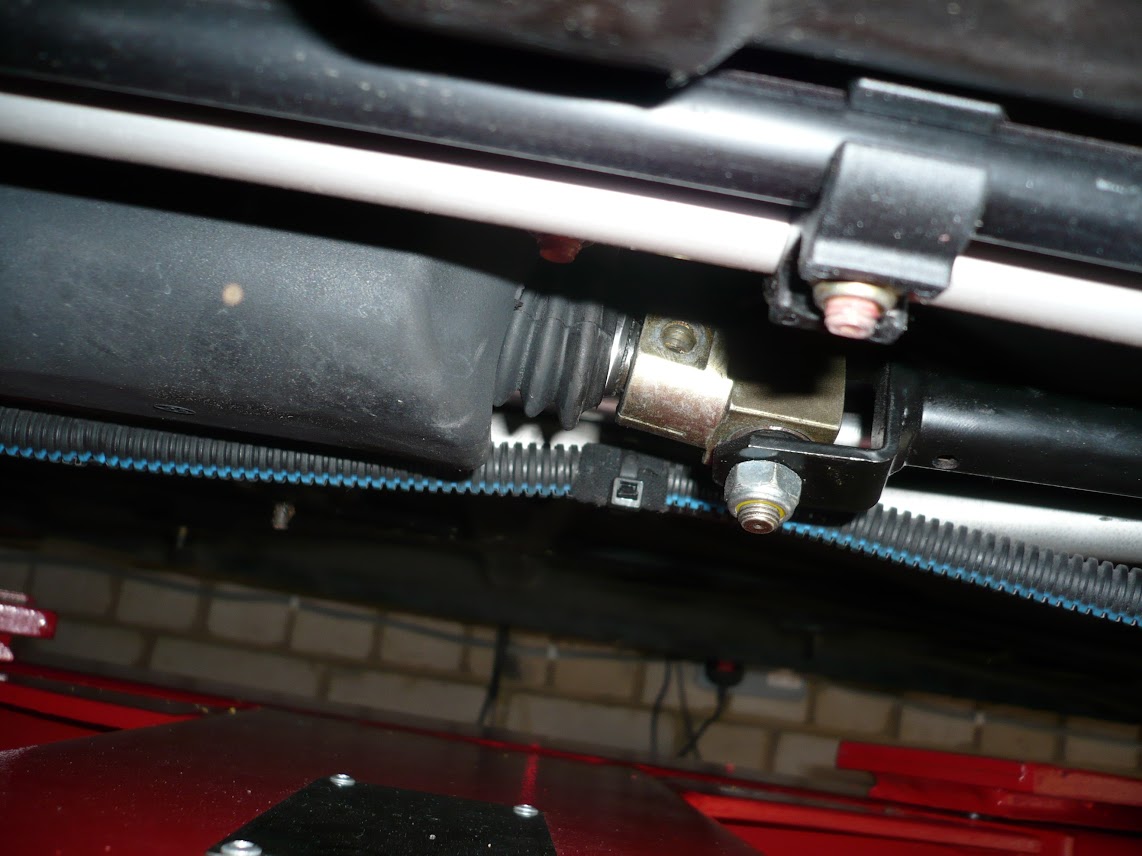 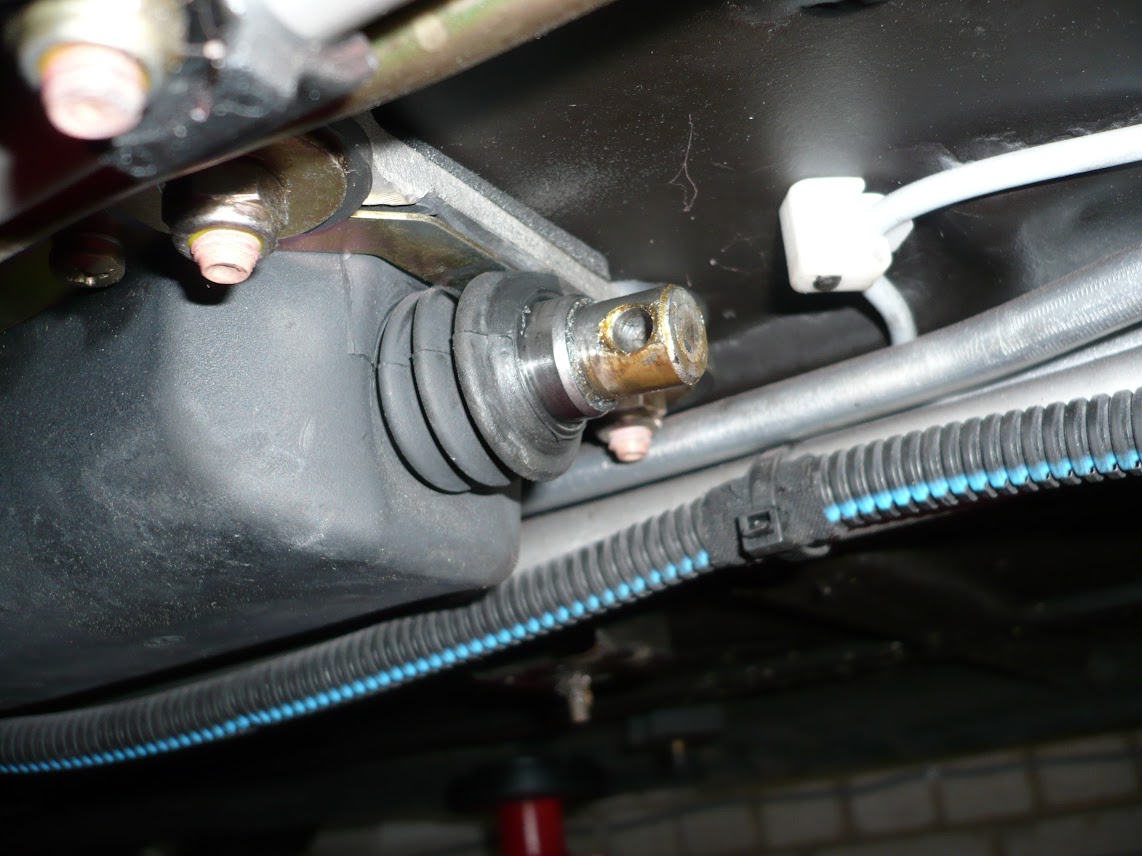