Here's how it went. First I removed the heat shield from the underside of the oil tank; 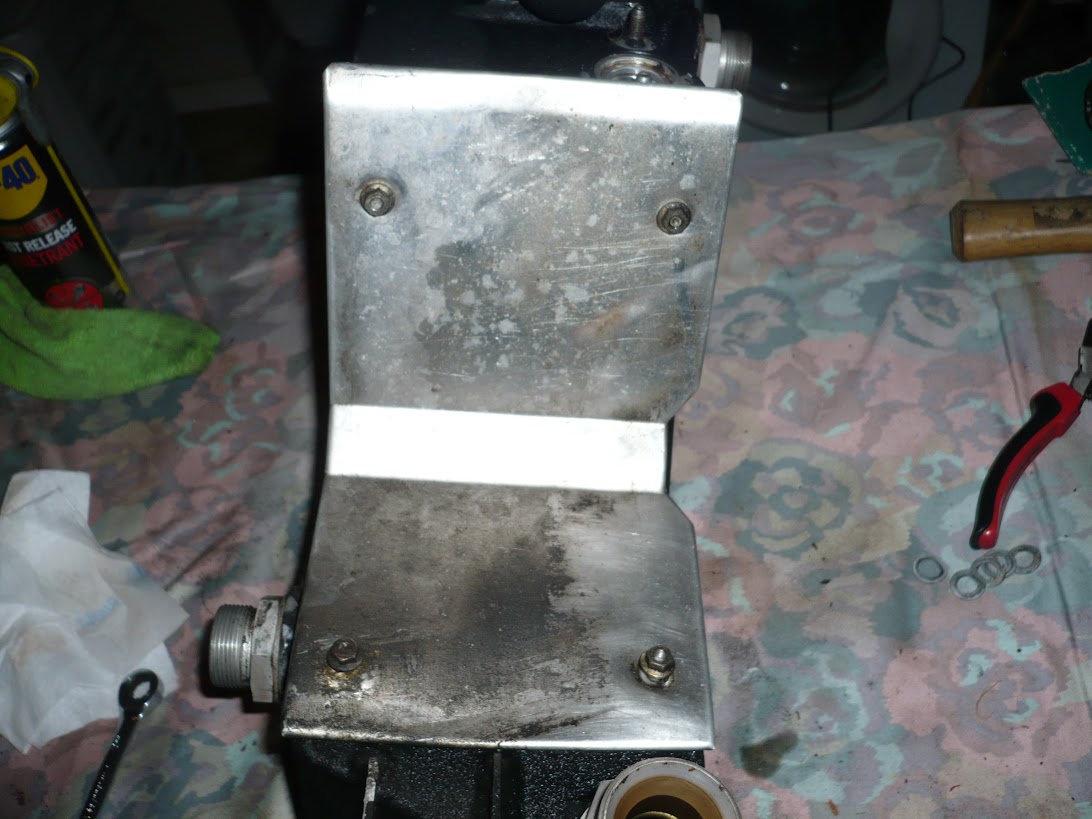 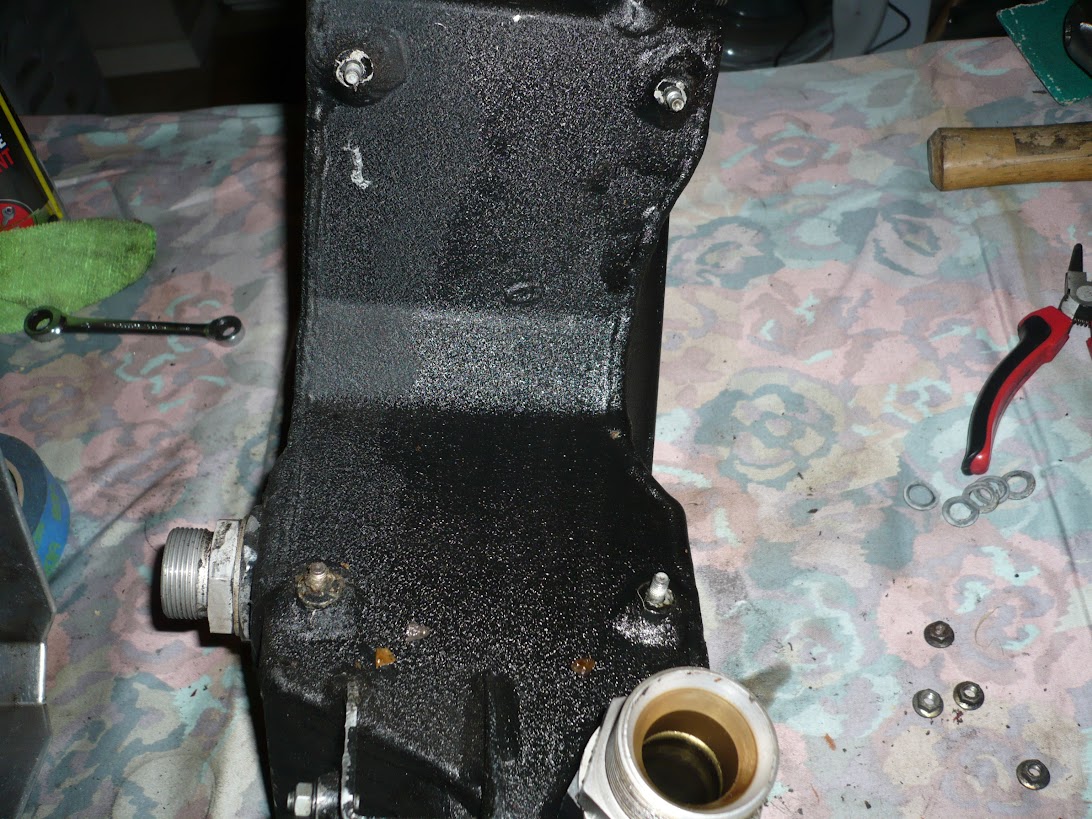 Next I spent quite a long time stripping paint from the tank. I used nitro-mors to do this, as it was available locally. It's quite effective but weirdly this paint had some very stubborn sections which the paint stripper struggled to make impact on. I got there in the end though; 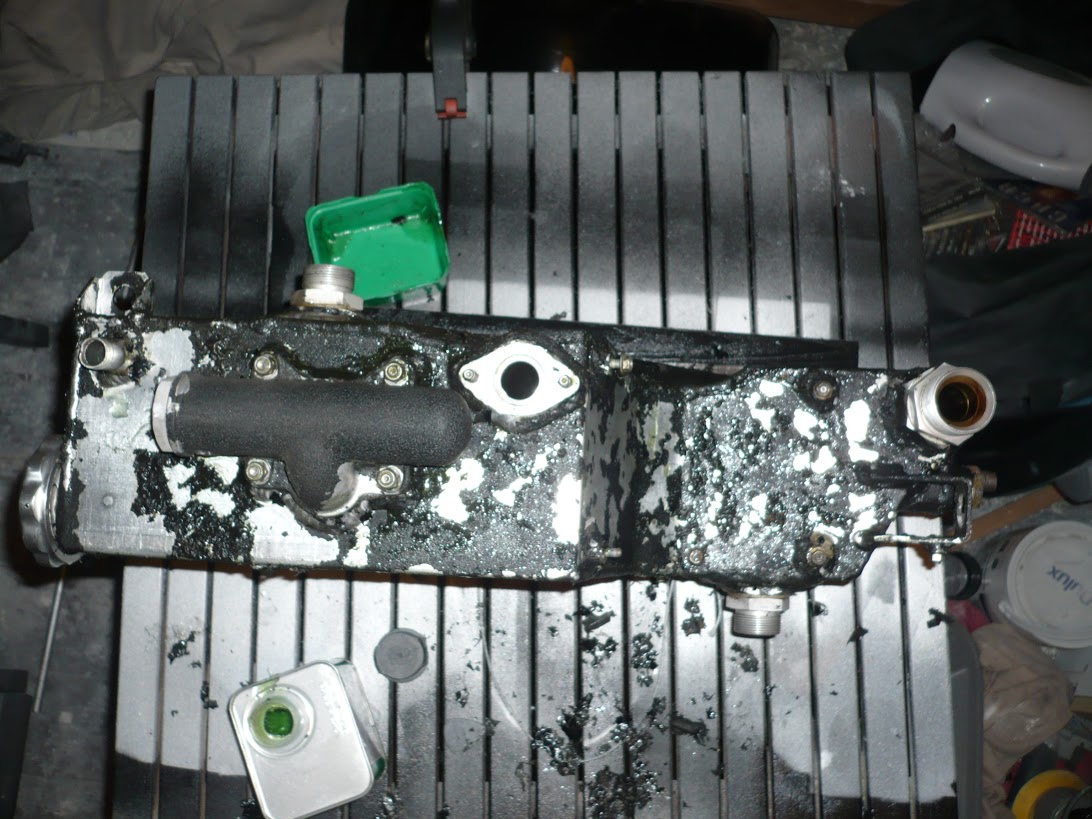 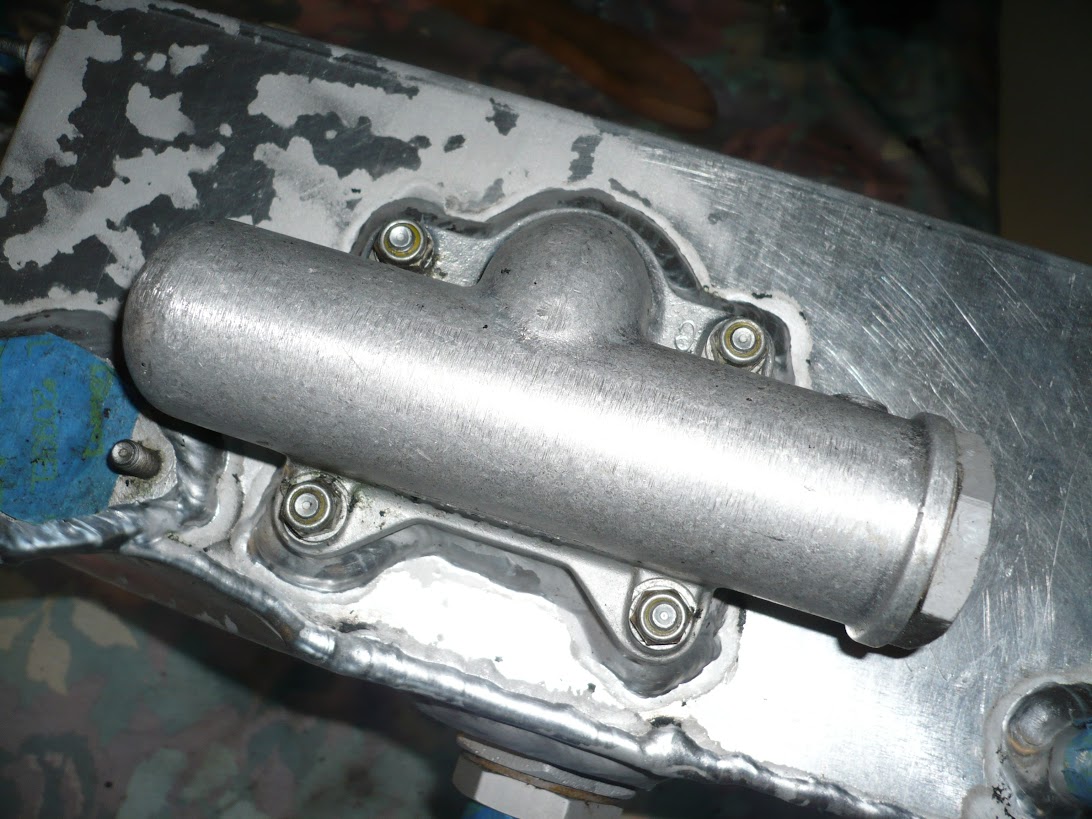 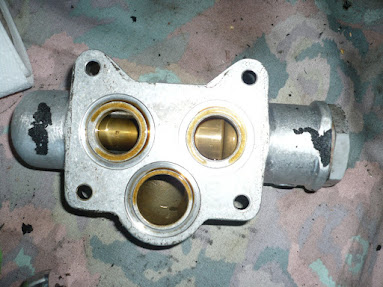 With the paint stripped and everything degreased, I masked everything up ready for repainting; 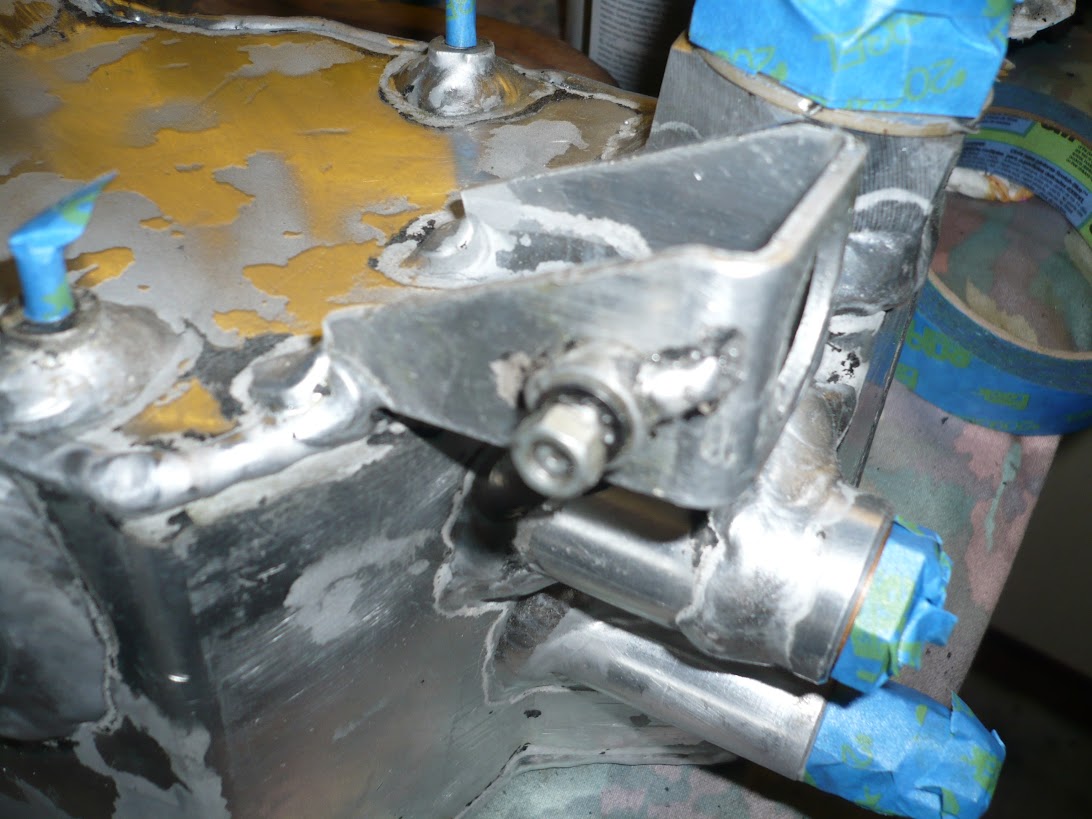 For painting I used an etch primer first; 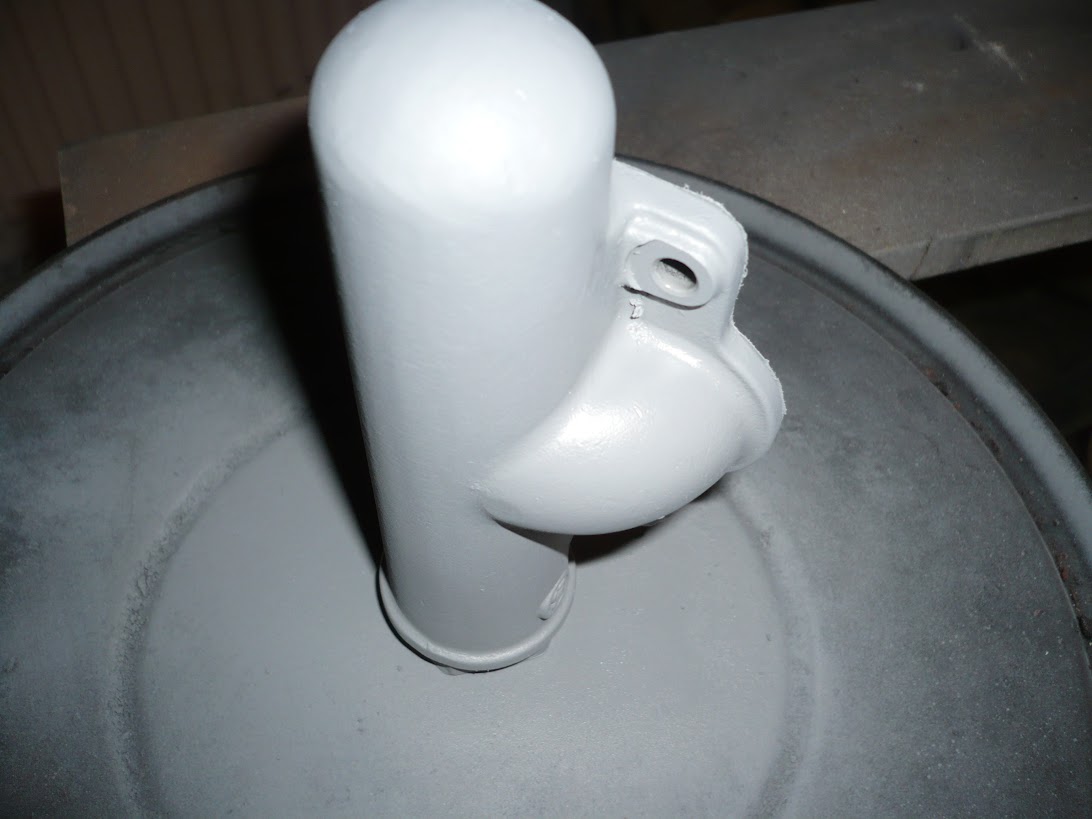 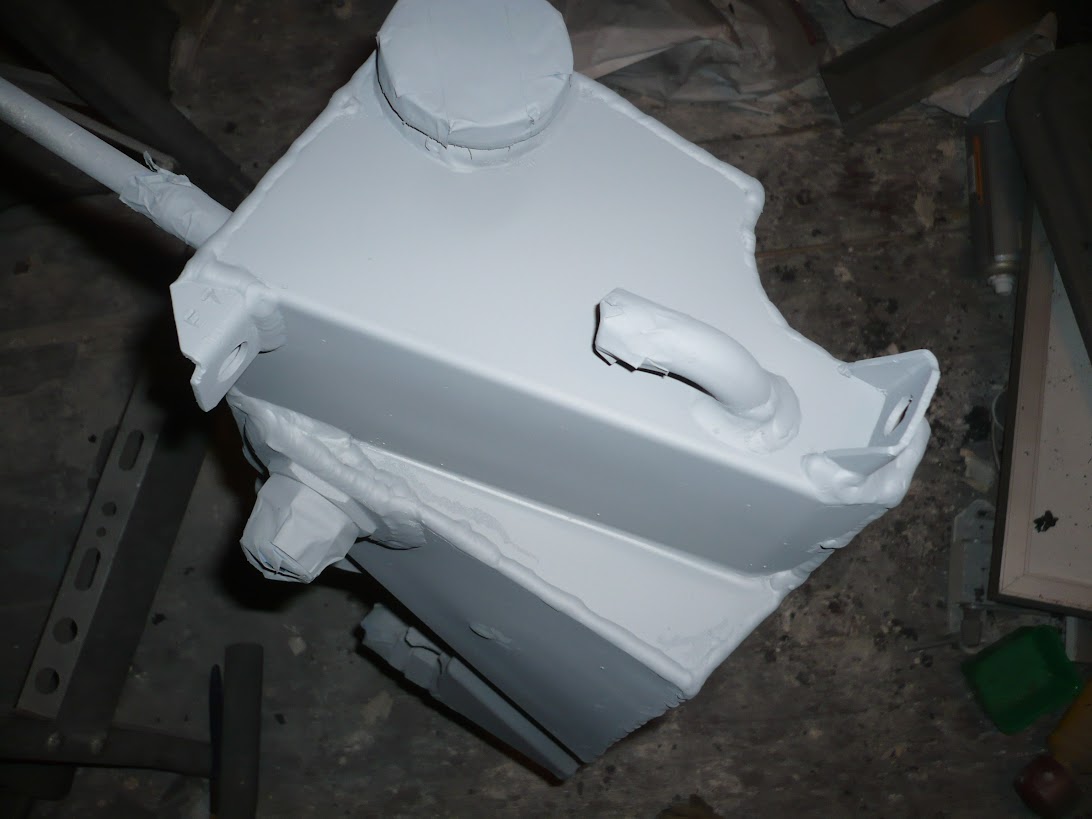 Then as with the exhaust heat shield, it's a case of several wet coats, 10 minutes apart, and then leave it to wrinkle. 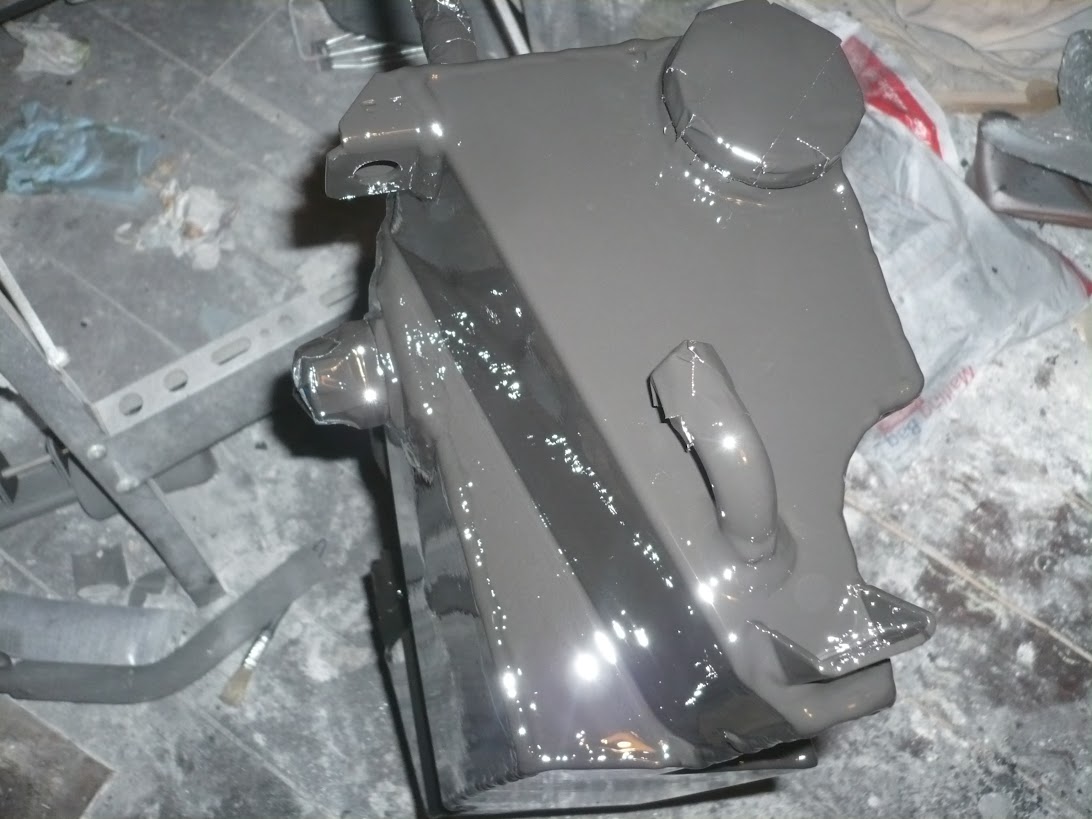 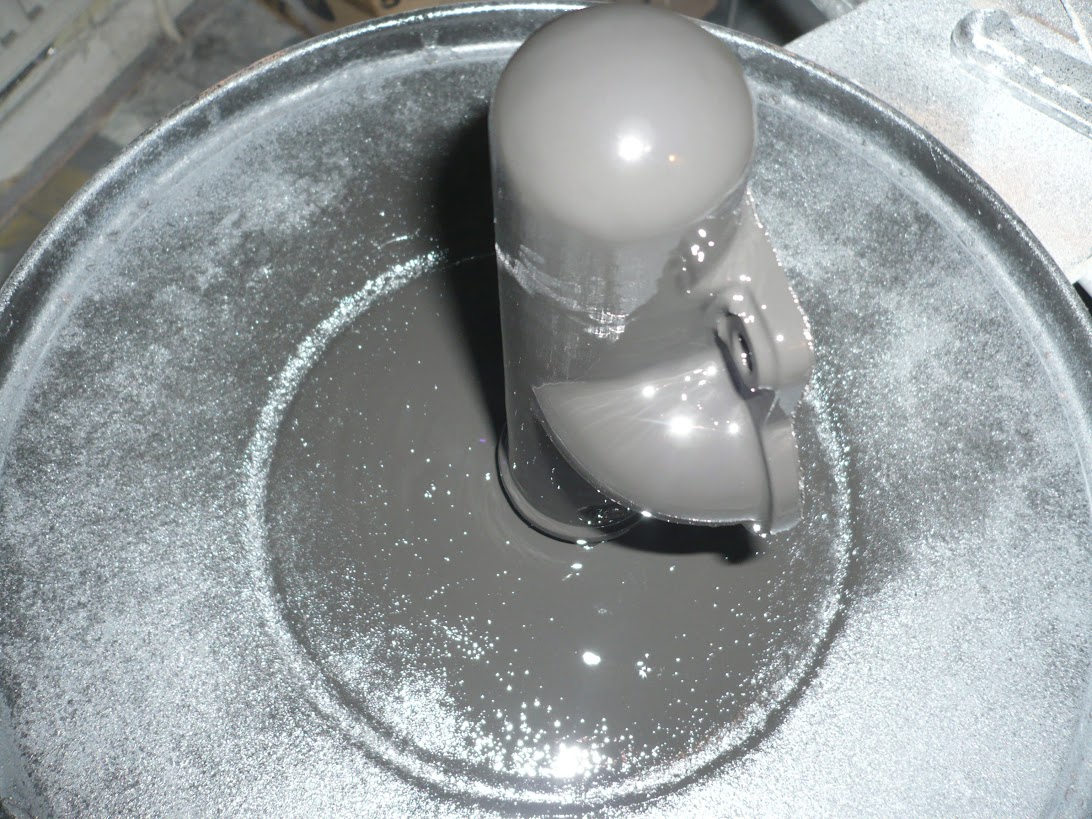 This is after about 30 minutes after the last wet coat. You can see it just starting to wrinkle; 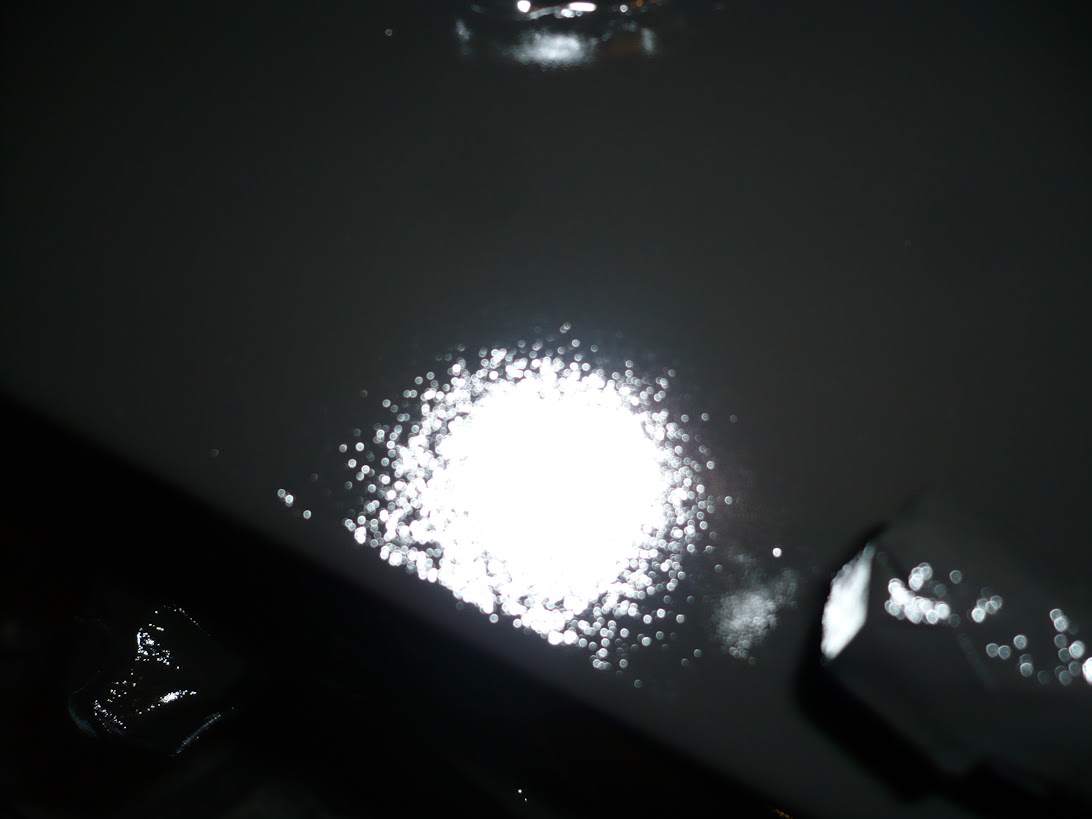 This is after about 50 minutes; 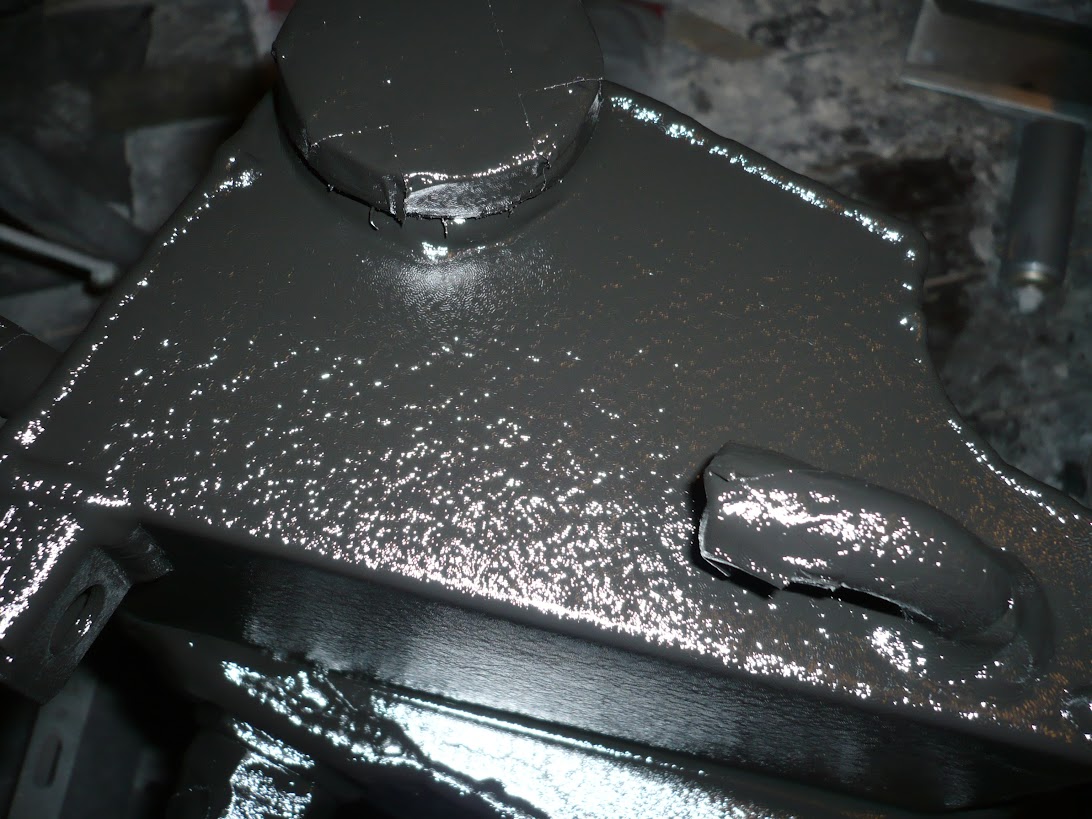 And this is after about 90 minutes. The wrinkle is pretty much formed but the paint is still very soft and basically wet. 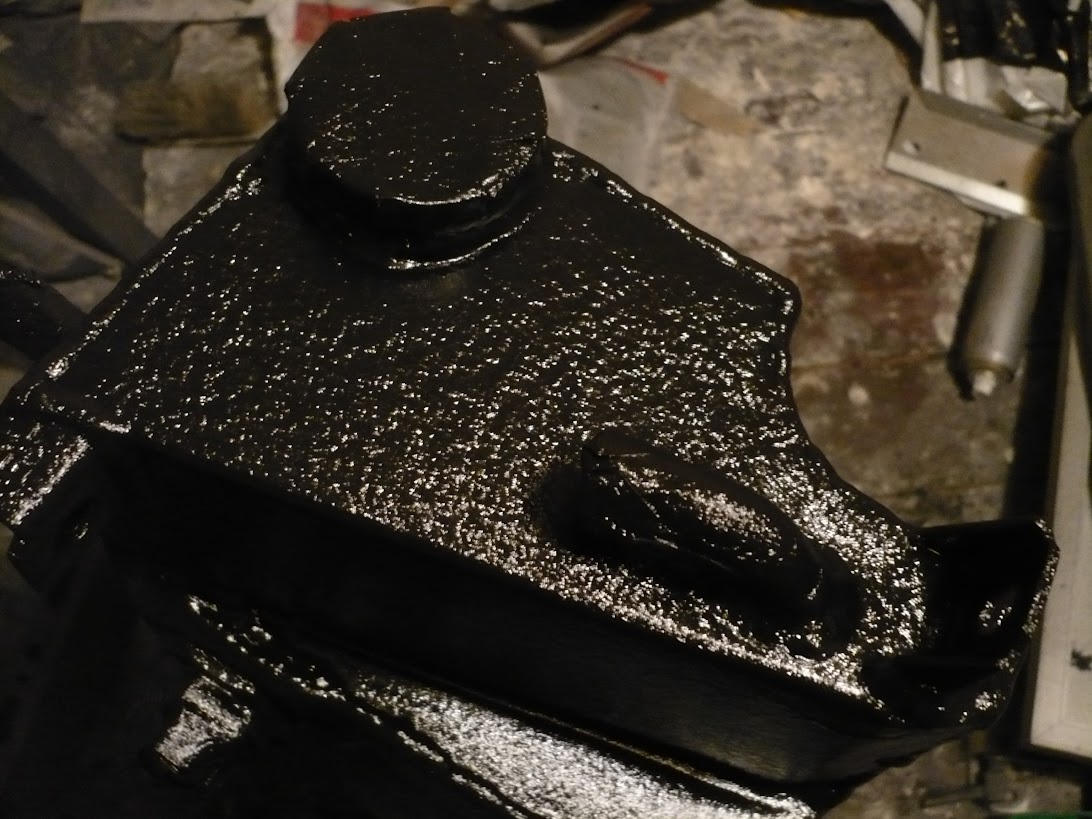 This photo was taken with the flash on. Here it's dry to the touch but still not hard - that takes several days and even after installing in the car it smelled a bit when hot so was obviously still going off. The masking is still applied here, and the flash does make the wrinkle look more pronounced than it does to the eye. 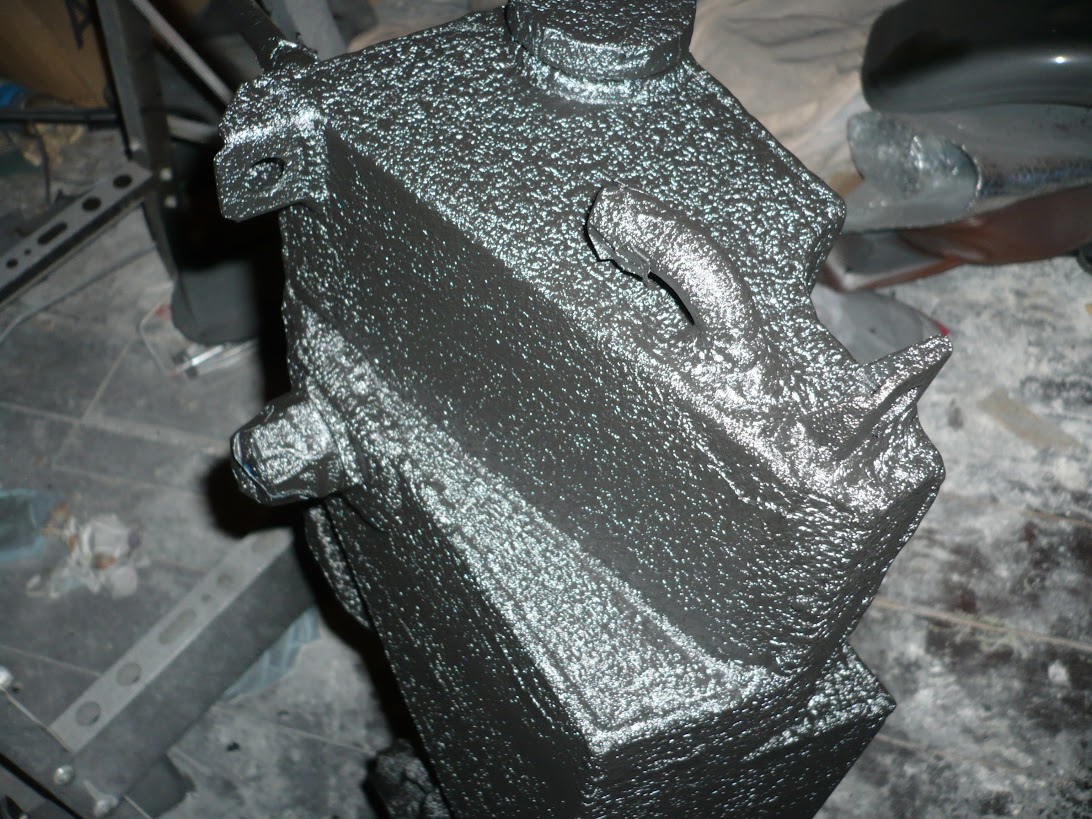 After a few days I was able to remove the masking tape and reassemble the tank so that it was ready for re-installation on the car. It would be one of the last things to go on the engine assembly before re-installation in the chassis, because of its location. First, I removed the masking tape from the tank and made sure there was no paint on the mating surfaces using a knife to scrape any unwanted overlap; 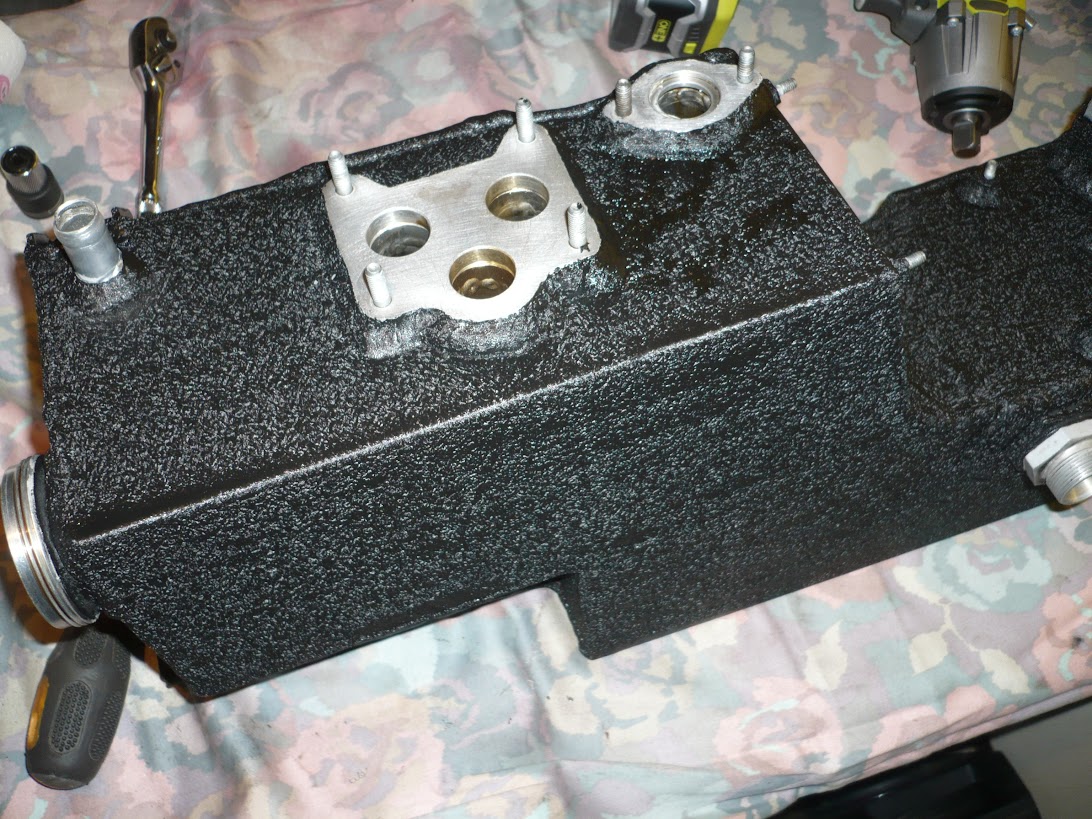 You can see here I left the o-rings installed. As they were carefully masked off it did no harm, and I felt I was less likely to lose them by leaving them here. There seemed no need to replace them as they were in good condition and not overly compressed. 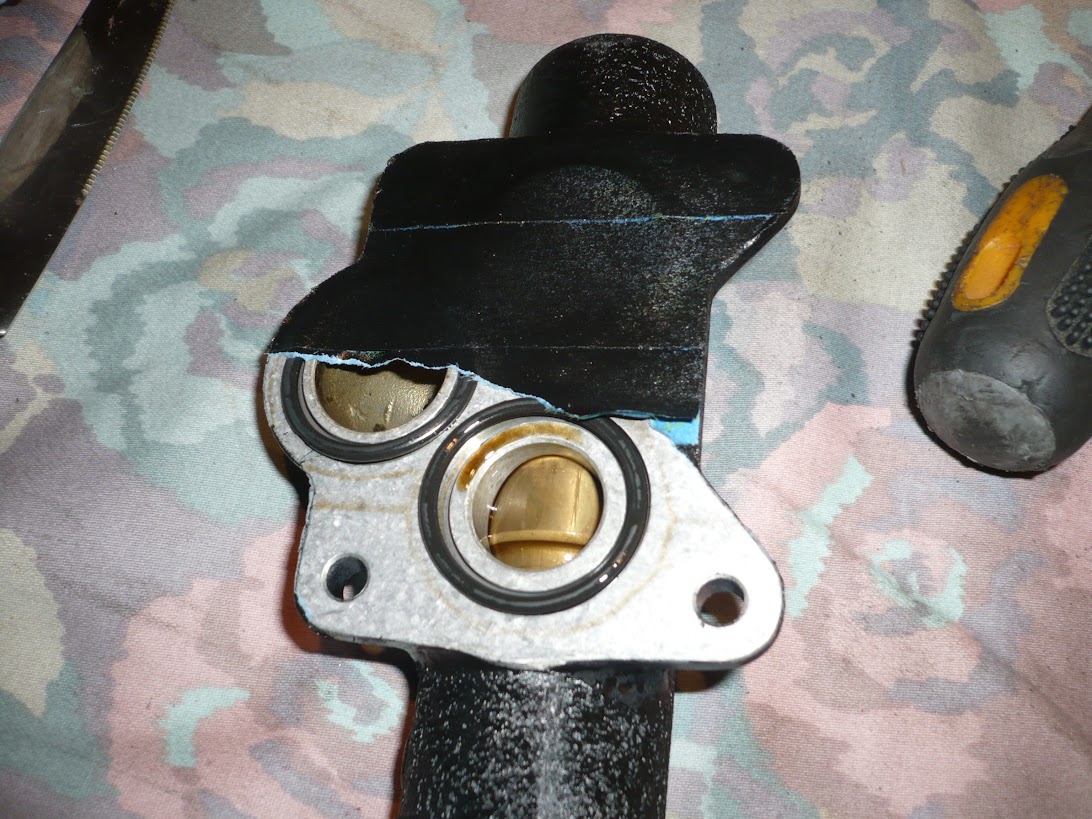 I then reassembled the tank; 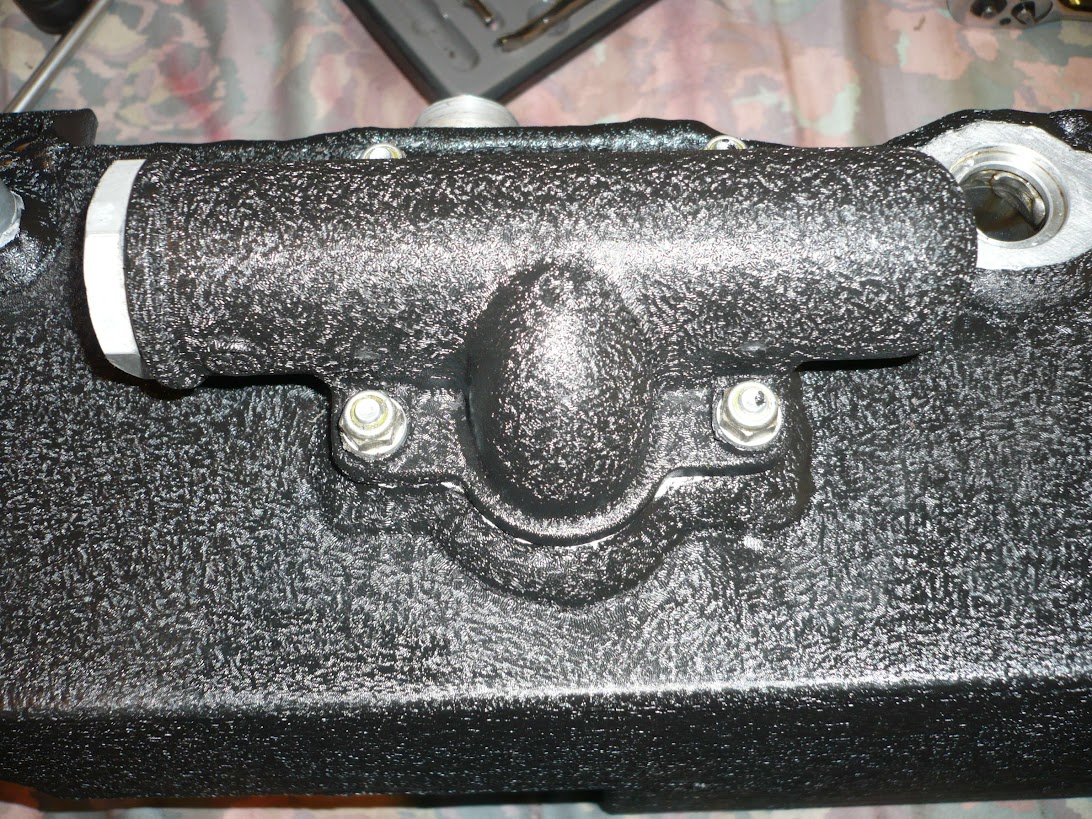 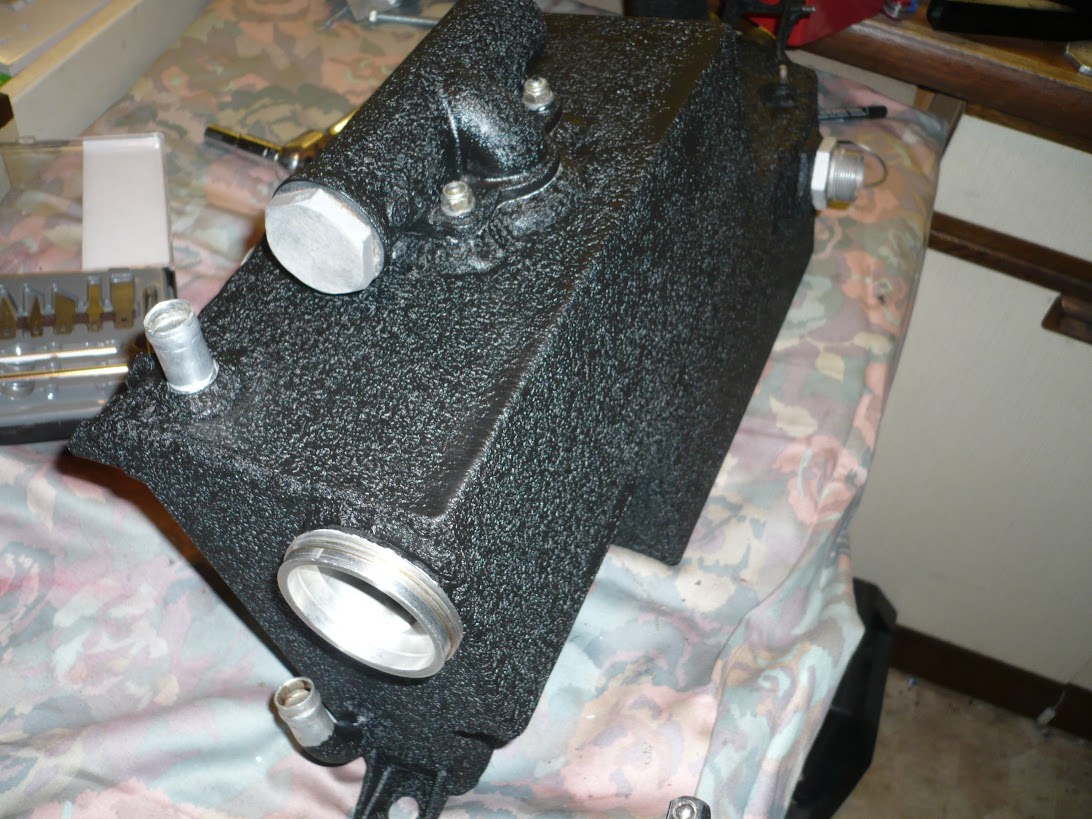 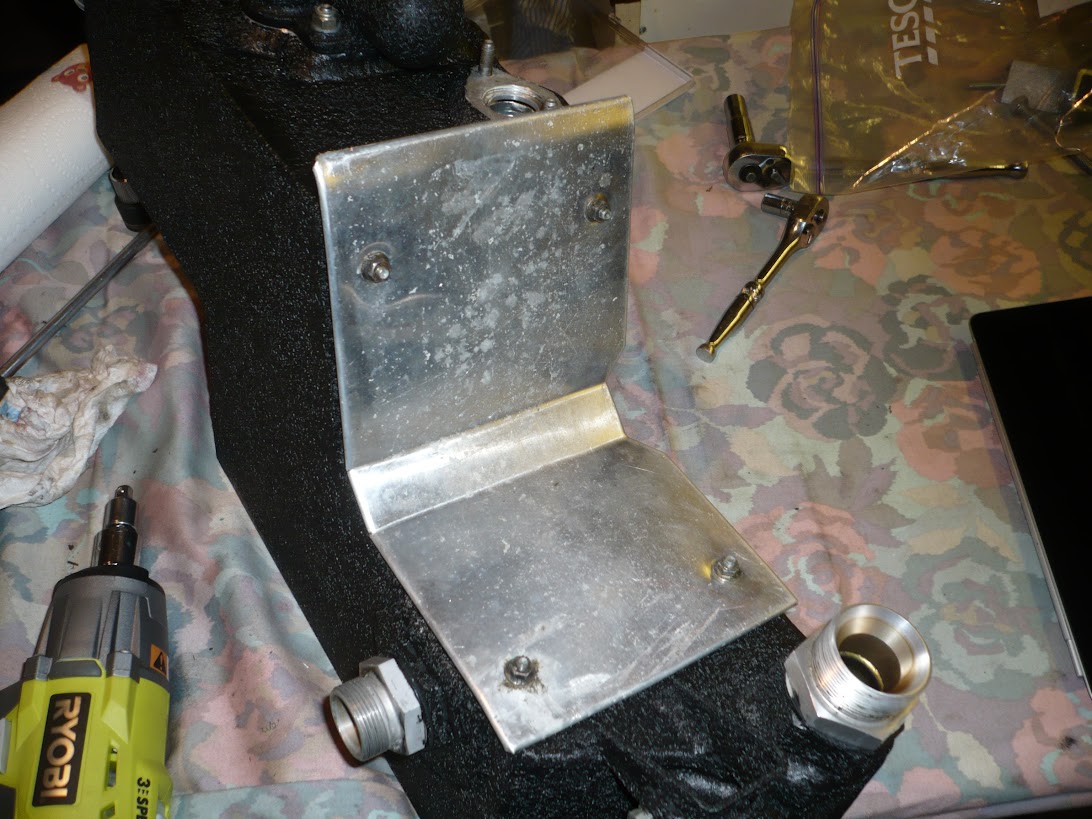 Then this one goes to one side along with other parts, waiting for re-installation onto the engine assembly; 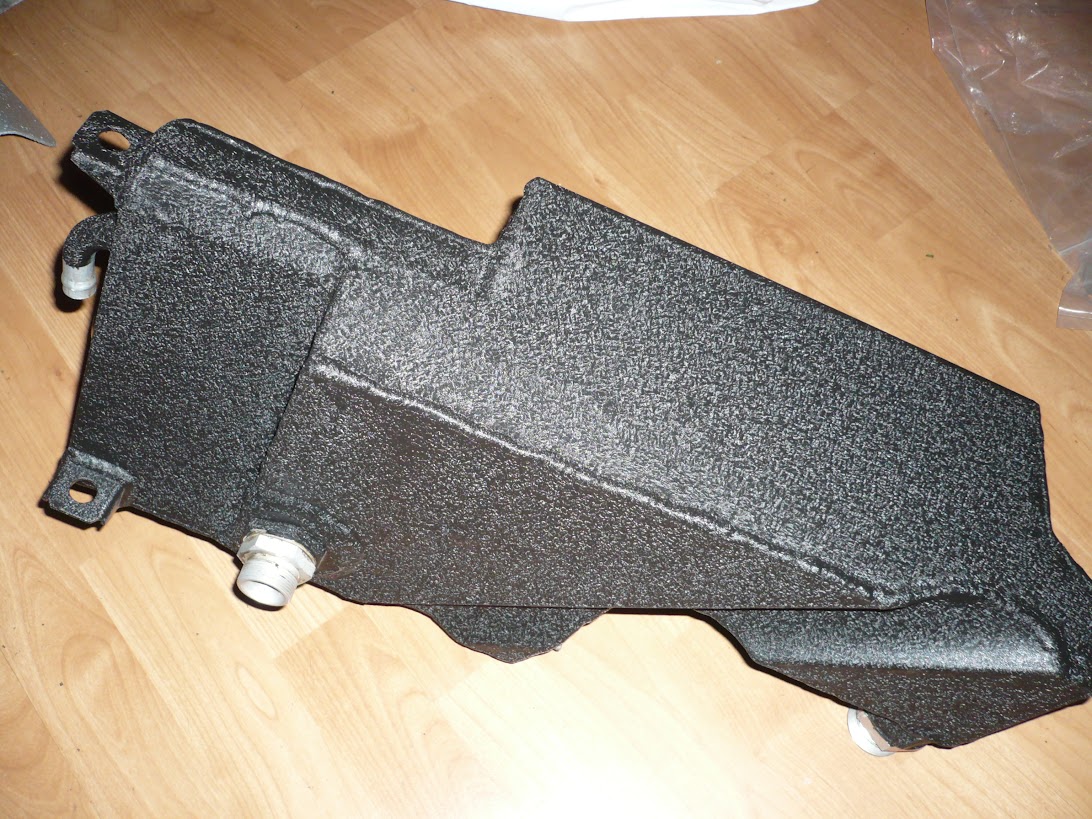