This was another of those preventative jobs that didn't specifically need doing but I had read from others that over time they can give way and cause some leakage. With the engine in this state of disassembly access was easy so like other such jobs it was a no brainer. 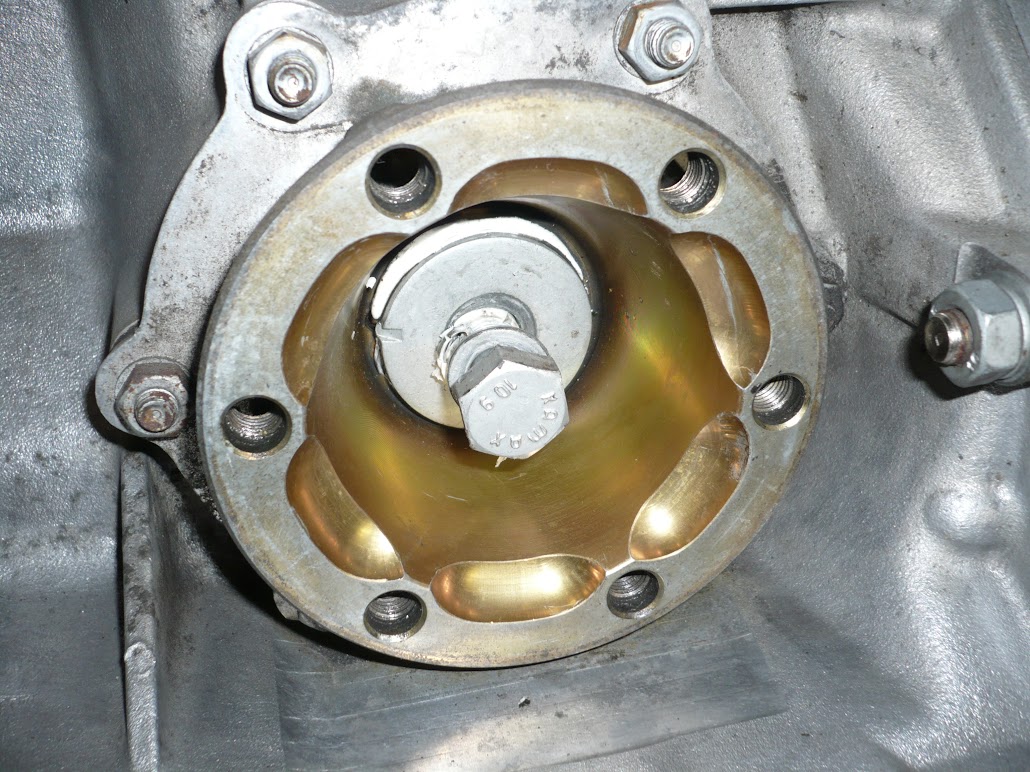 Behind it is a load of sealant; 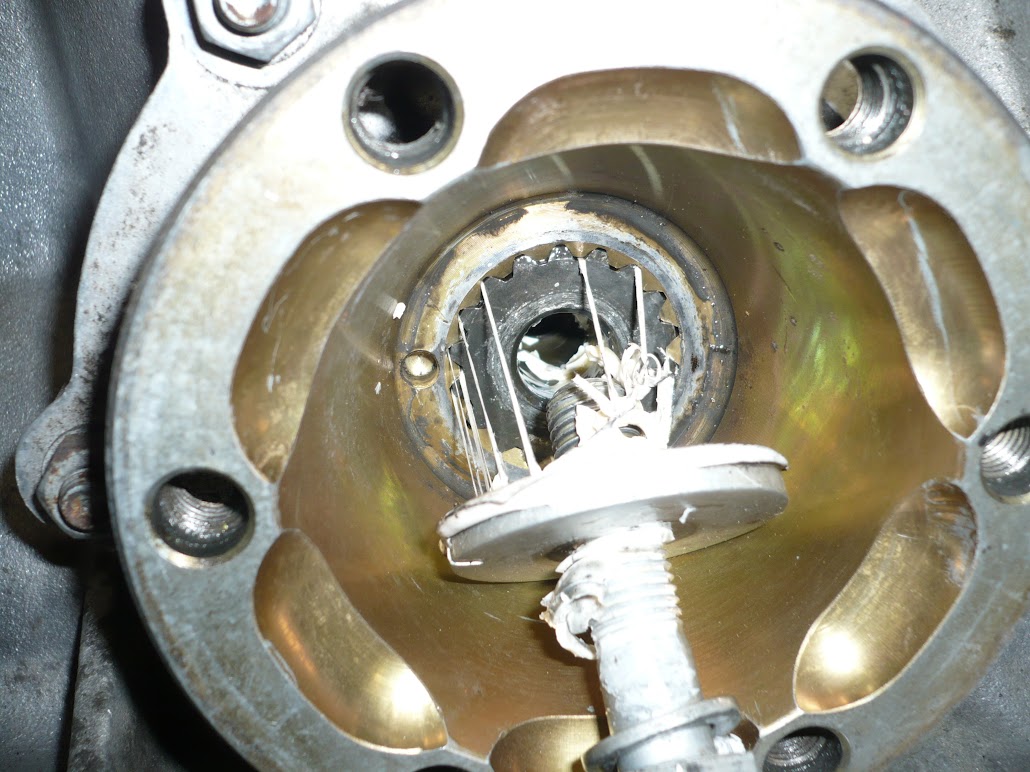 I think this driveshaft cup pulled off by hand but sometimes they need a puller; 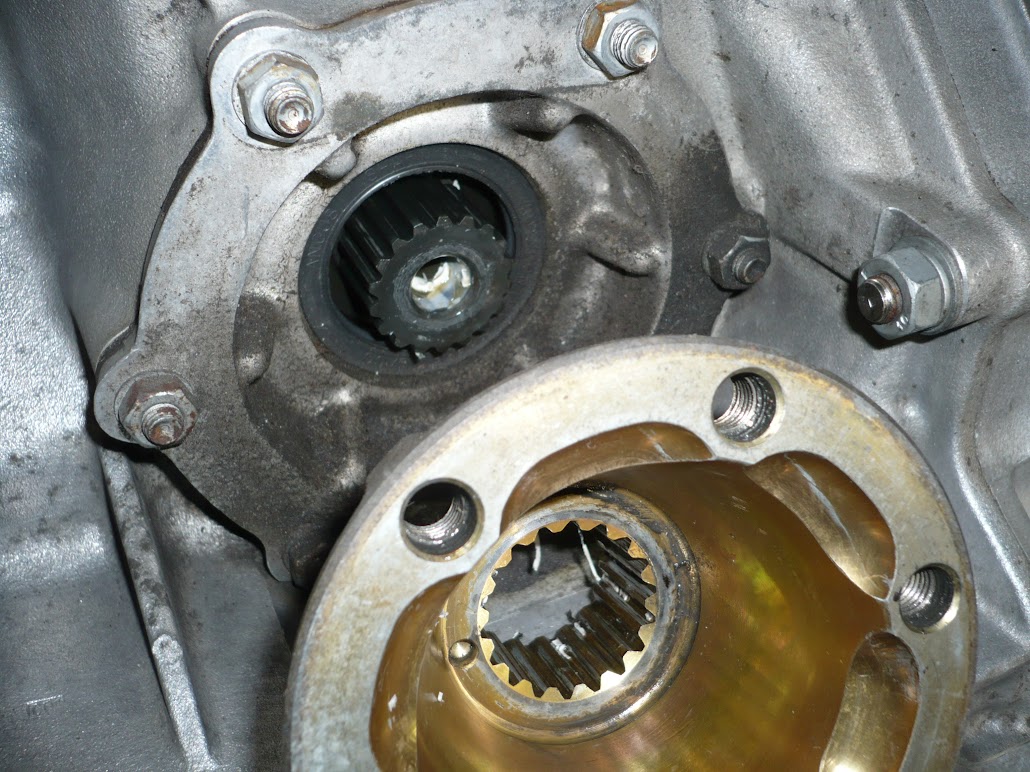 Then it's a case of undoing the nuts surrounding the flange on the gearbox; 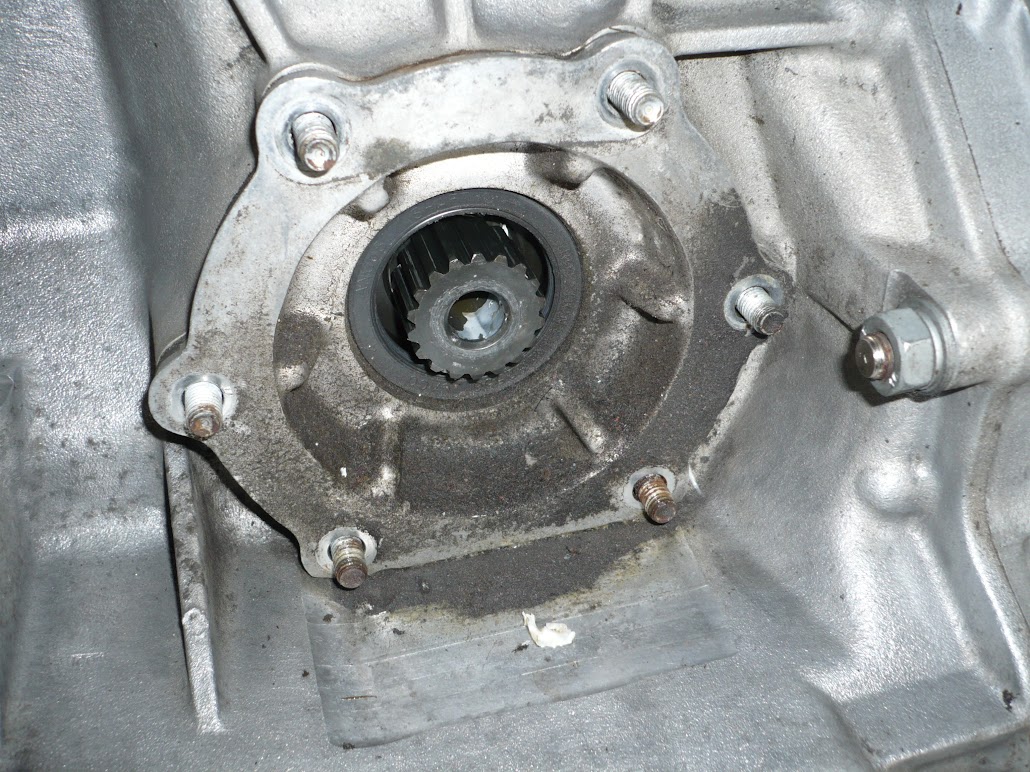 And then the flange comes away with a bit of gentle persuasion with a flat headed screwdriver. One of the seals is visible in the middle of the flange on the front. The o-ring is on the back and not visible in this picture; 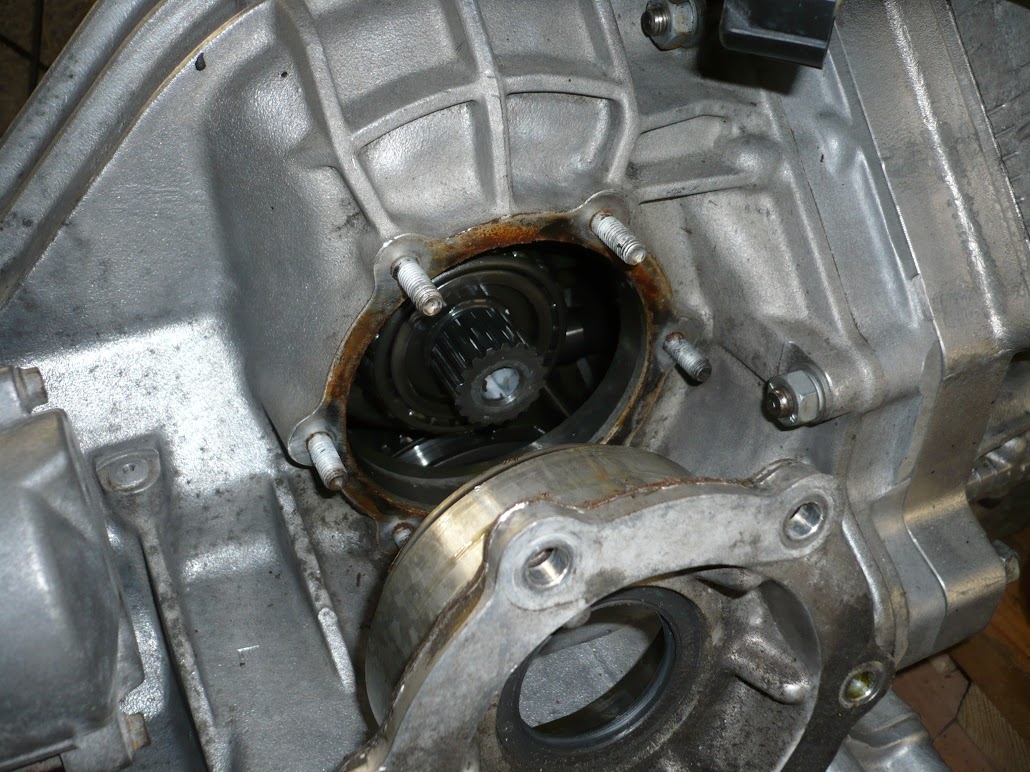 I used the press to get the seal out, just because; 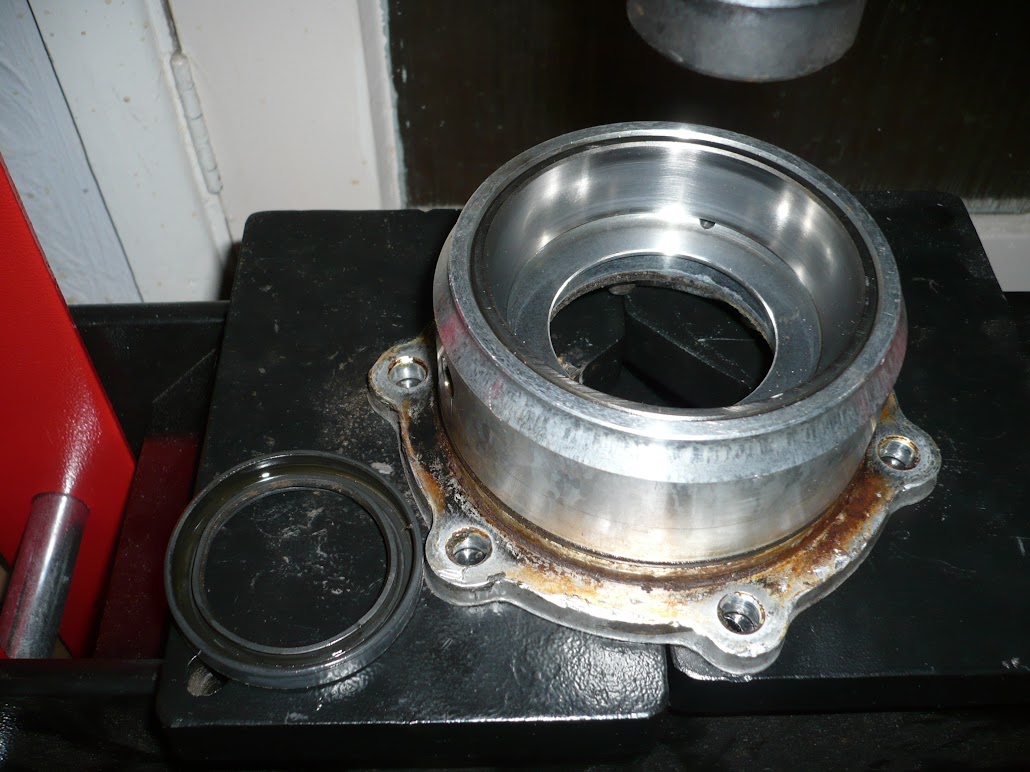 And the o-ring was removed from the back; 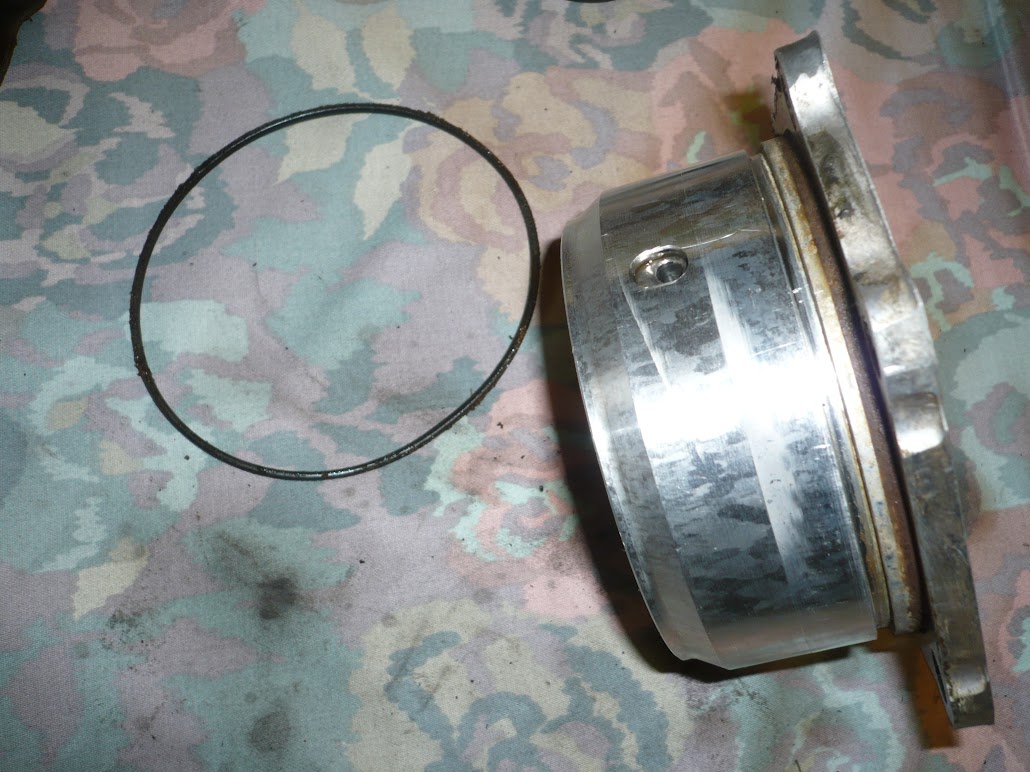 The flange was cleaned up; 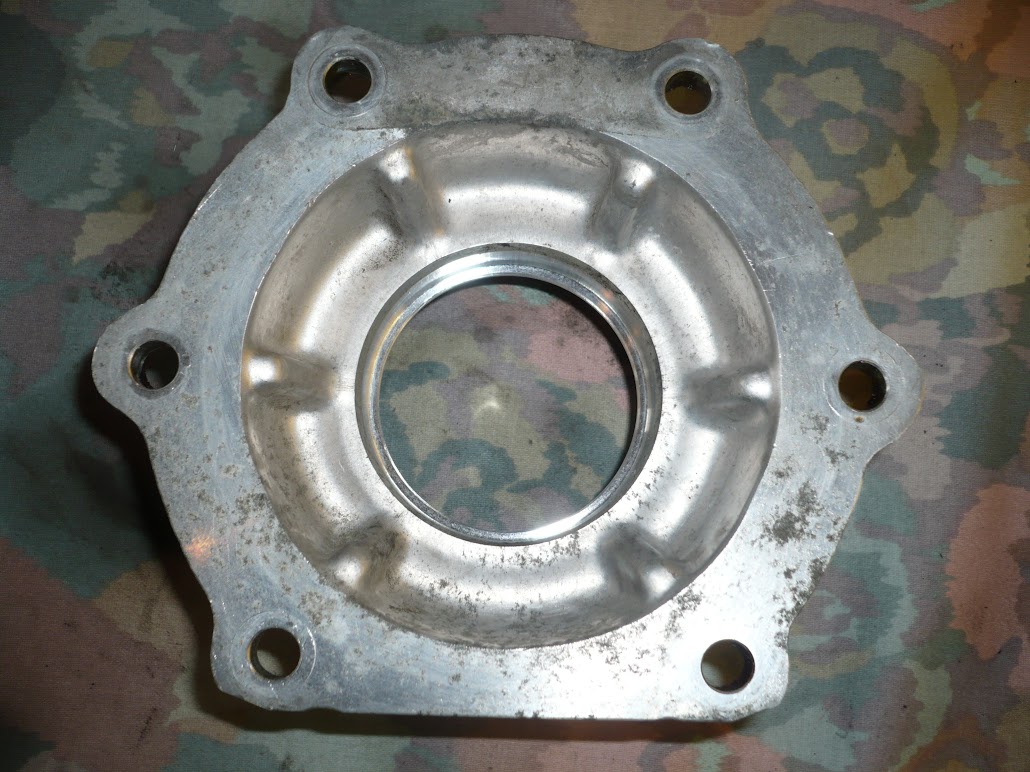 And then the new seal put in. I used upgraded 'Viton' seals, from Superformance. In fact most of the parts for this restoration came from Superformance (still OEM or OEM spec parts), with a small number coming from the Ferrari main dealer; 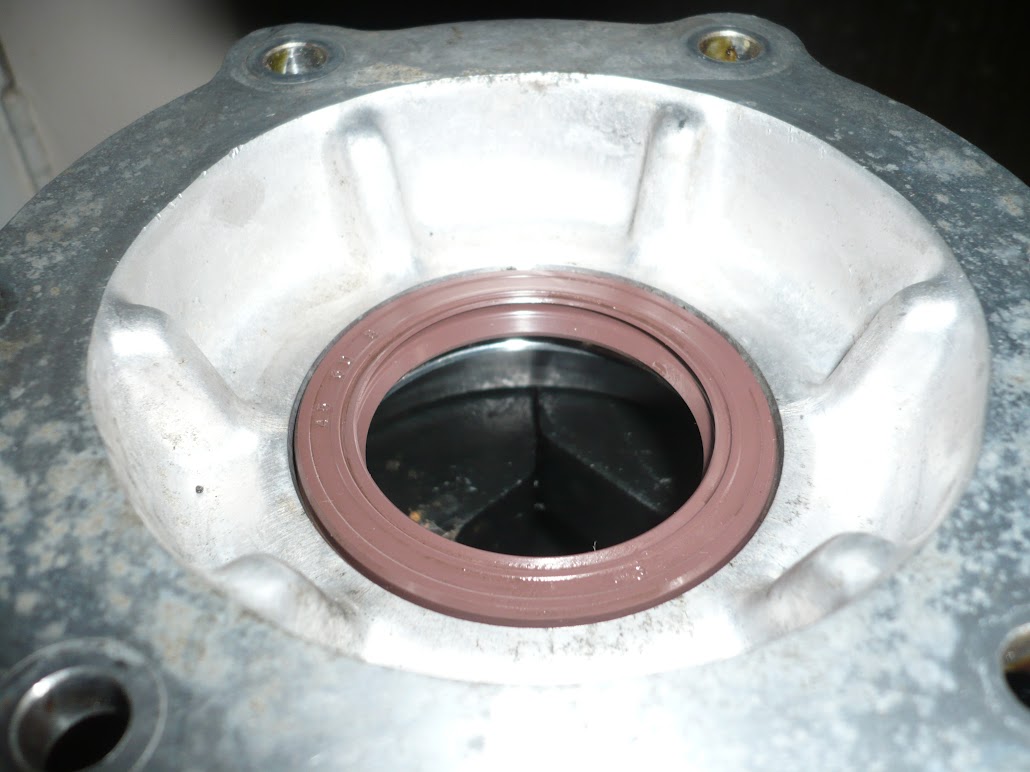 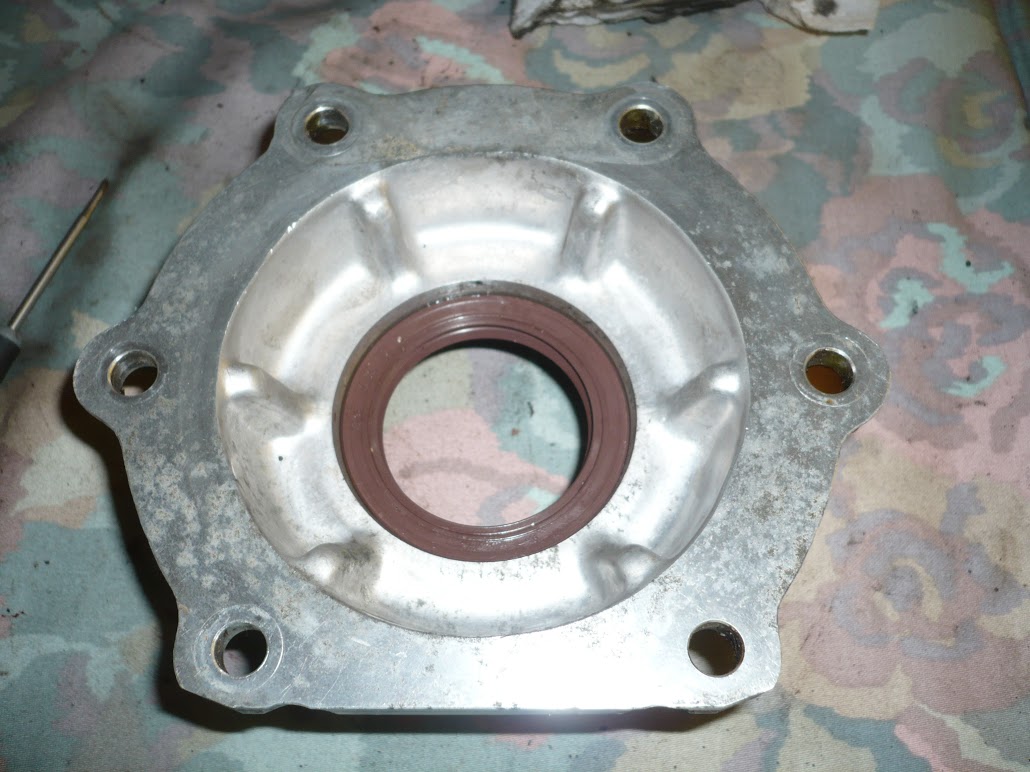 With the new o-ring installed on the back, I put some sealant around the edge ready for re-installation. There wasn't any there before but it just seemed like a good idea to use some. 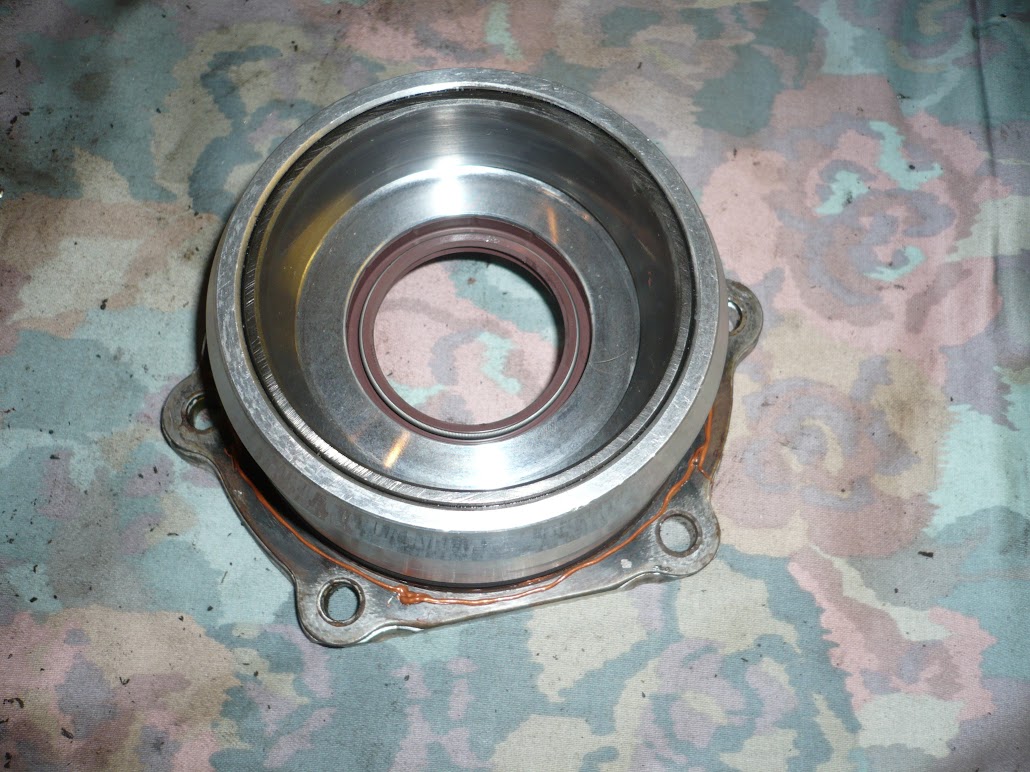 Bolted back on the car, and a bit of cleanup of the oozed sealant; 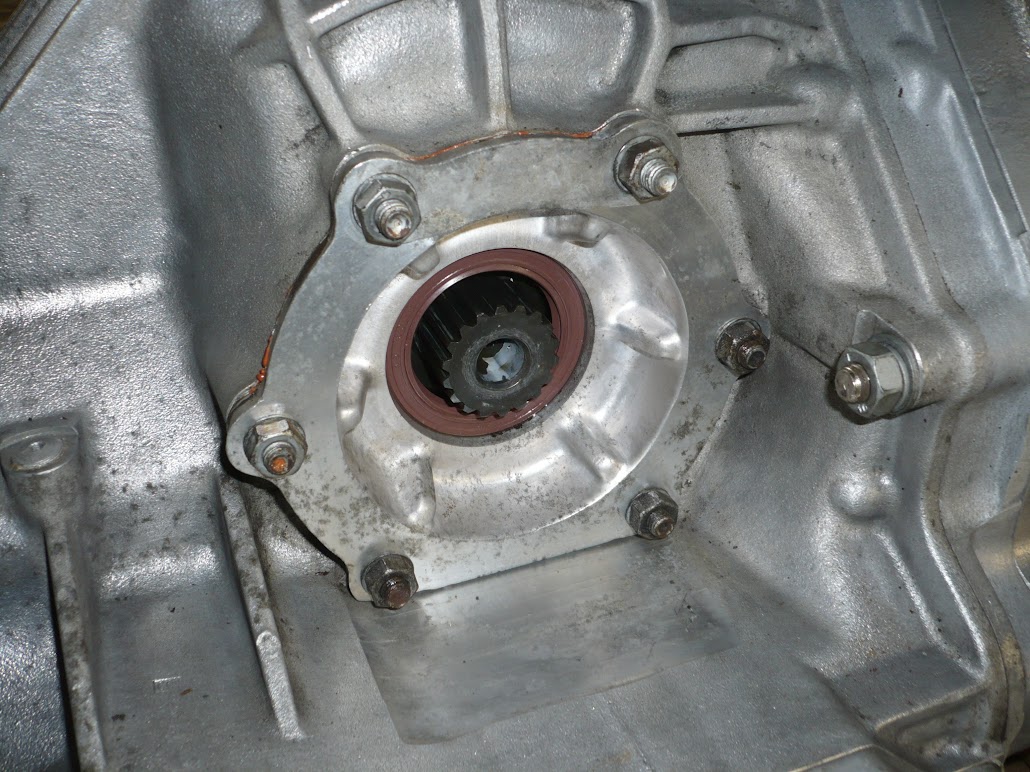 Driveshaft cup about to be cleaned up ready for refitting; 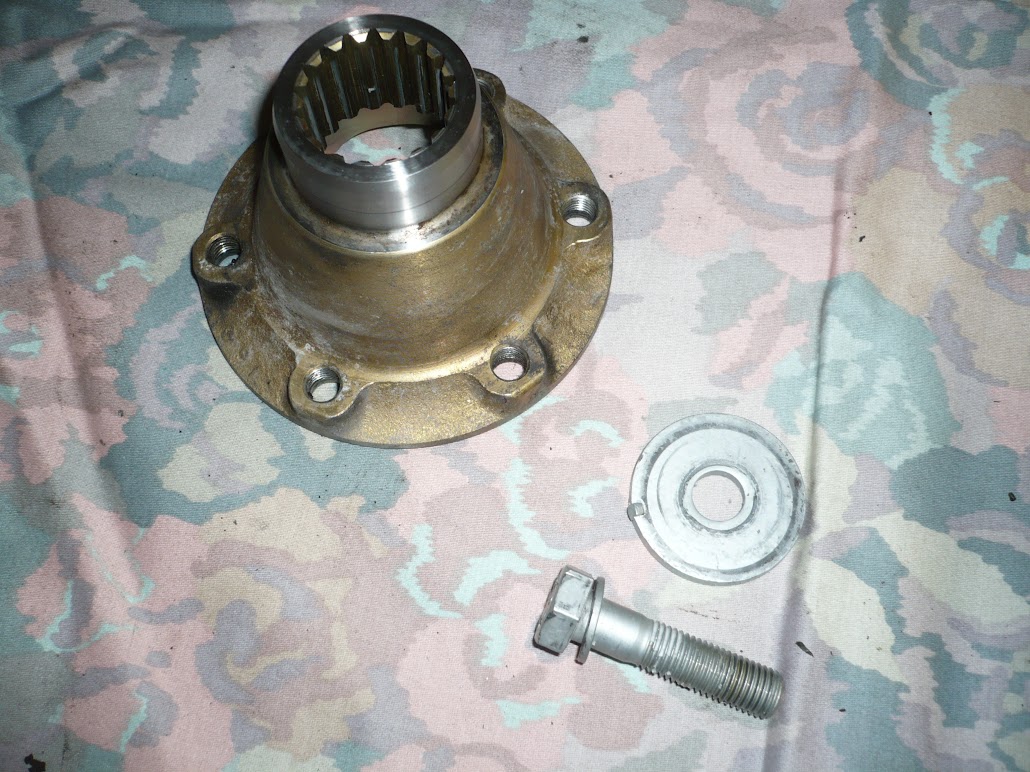 And back on the car with some sealant as before (but a different colour!) 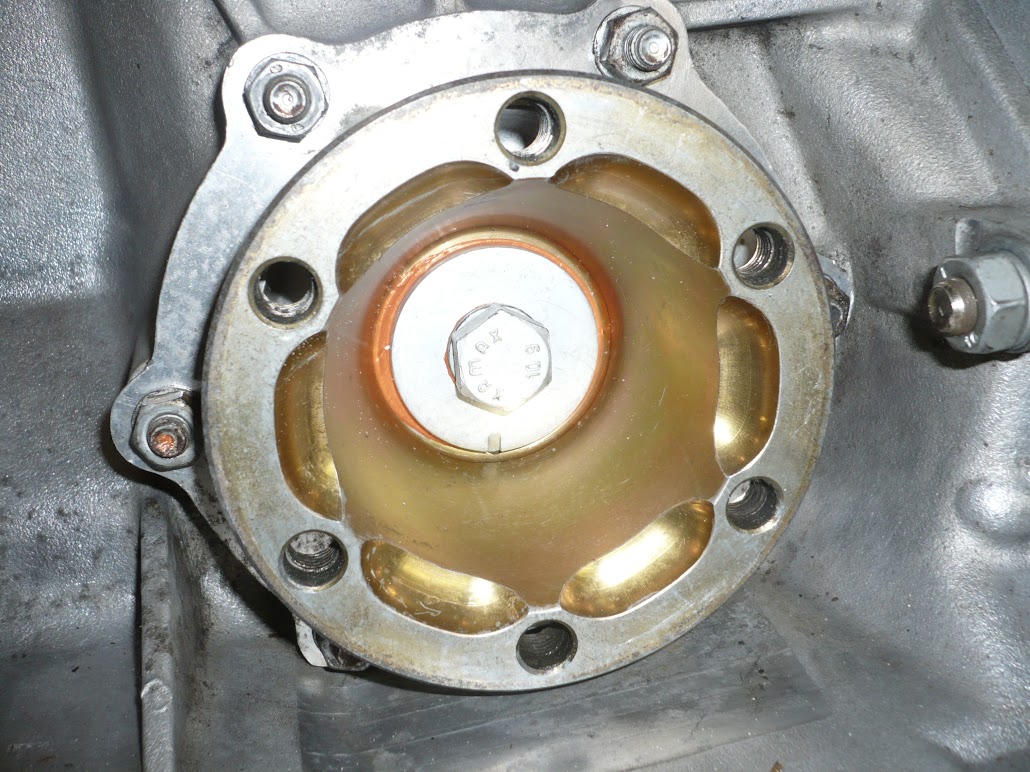 I then did the same for the other side of course, but it's the same process and the same images so no point in repeating it.