As previously mentioned I was going to give these to someone else to powder coat, then I would rebuild them. But due to being unable to remove the outer CV joint I had to go with a wet finish instead. I decided to use a hammerite finish, although it remains to be seen just how long this will last. It does have good properties though in terms of being able to paint over rust so I didn't need toworry too much about stripping every last bit of it from the shafts. I did however want to do a reasonable job on it.

First, I used a flap wheel sanding disc to remove all of the existing paint and surface rust, seen here part way through the process: 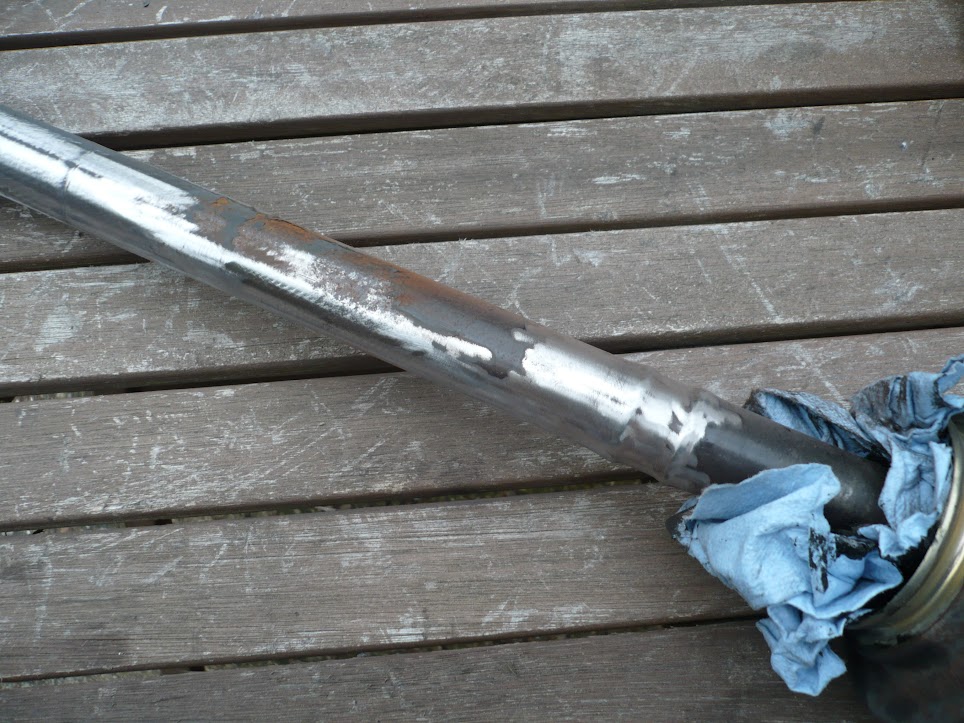 After that I used some rust killing gel to remove as much as possible chemically. This stuff turns any rust black. I did it this way because I wanted to remove as little material as possible with the flap wheel, which is not as aggressive as a grinder but still kicks a few sparks out: 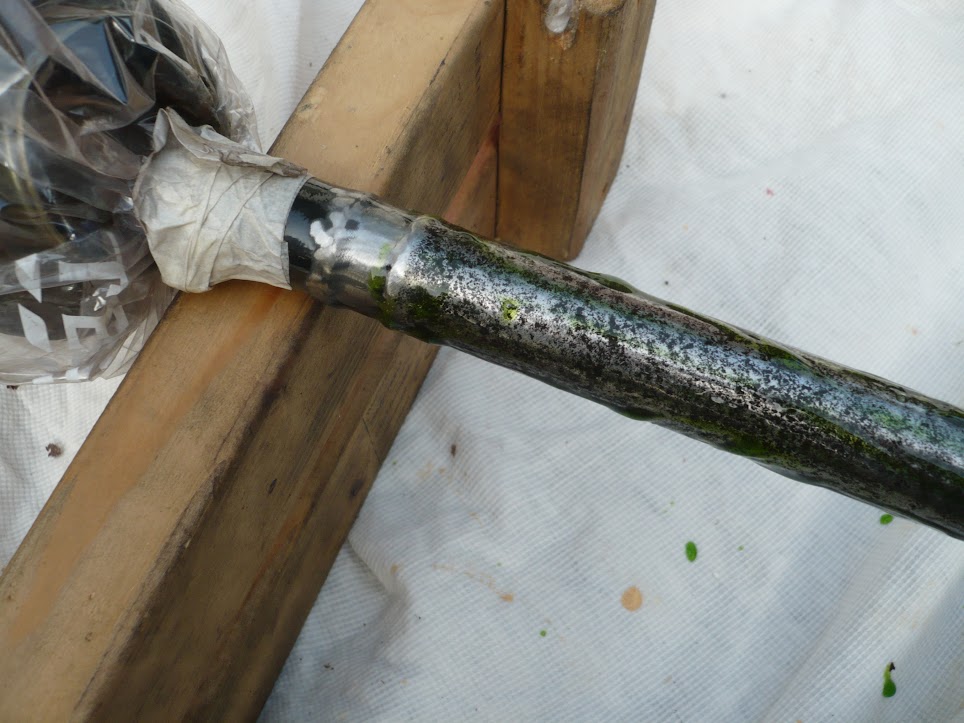 Then with everything cleaned and dried, the shafts were painted with black satin hammerite. The bare end of the driveshaft was masked off with tape, and the outer end with the CV joint attached was put in a plastic bag and then taped around. 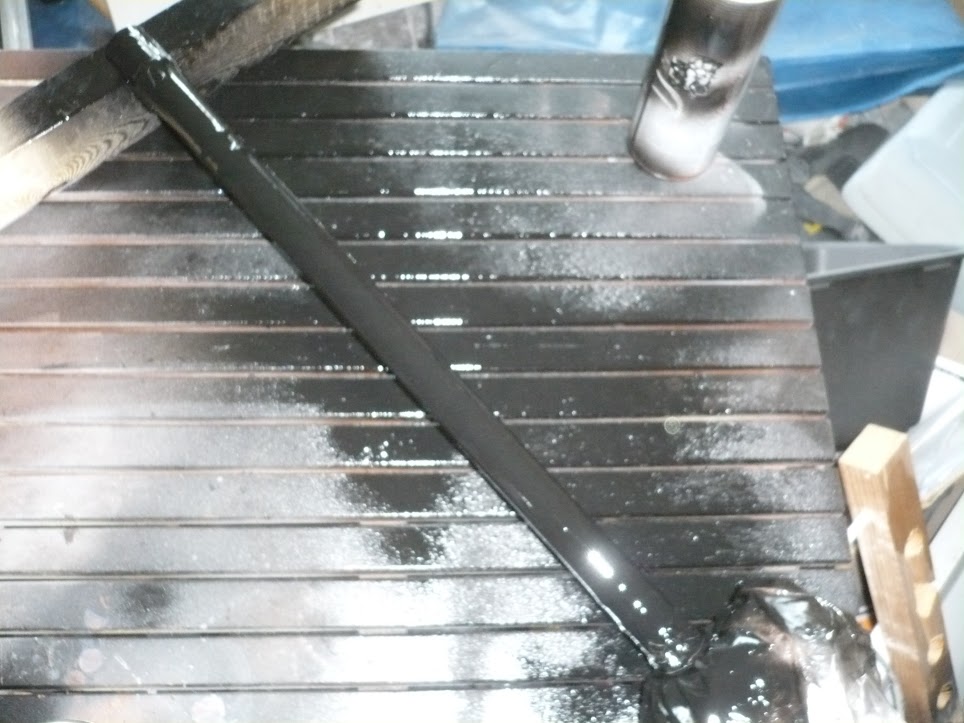 I then subsequently painted the metal parts of the outer CV joints. 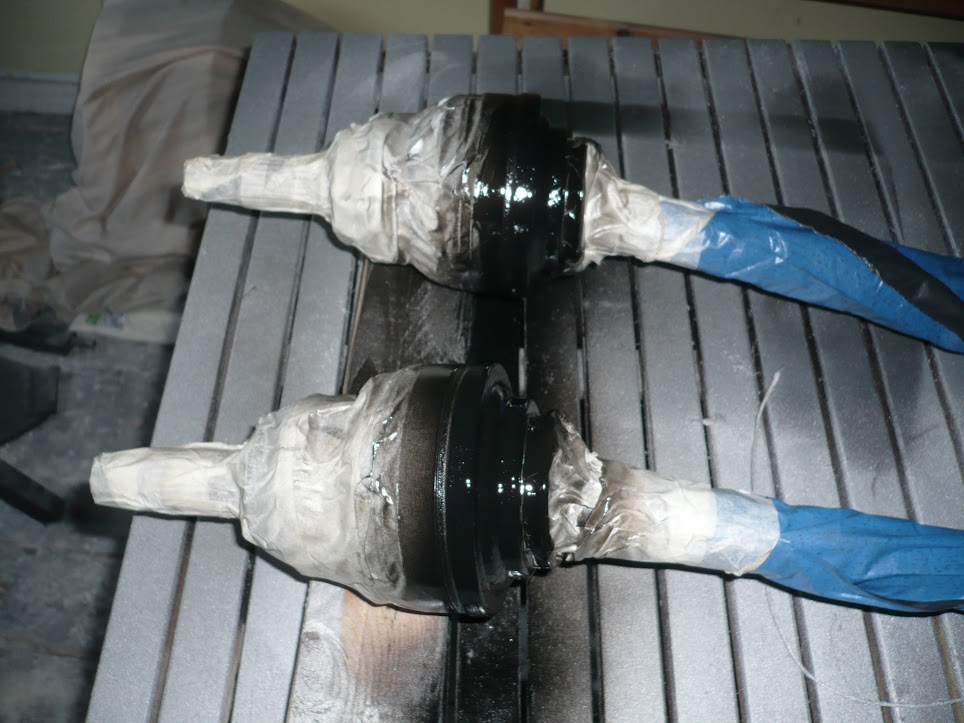 Once the paint had gone off - I left it for several days as hammerite takes a long time to go off - it was time to remove the masking tape and rebuild the CV joints. First remove the masking tape. You will note that some of the shaft is not painted in the image below but this is fine because that part of the shaft sits inside the boot and is greased. 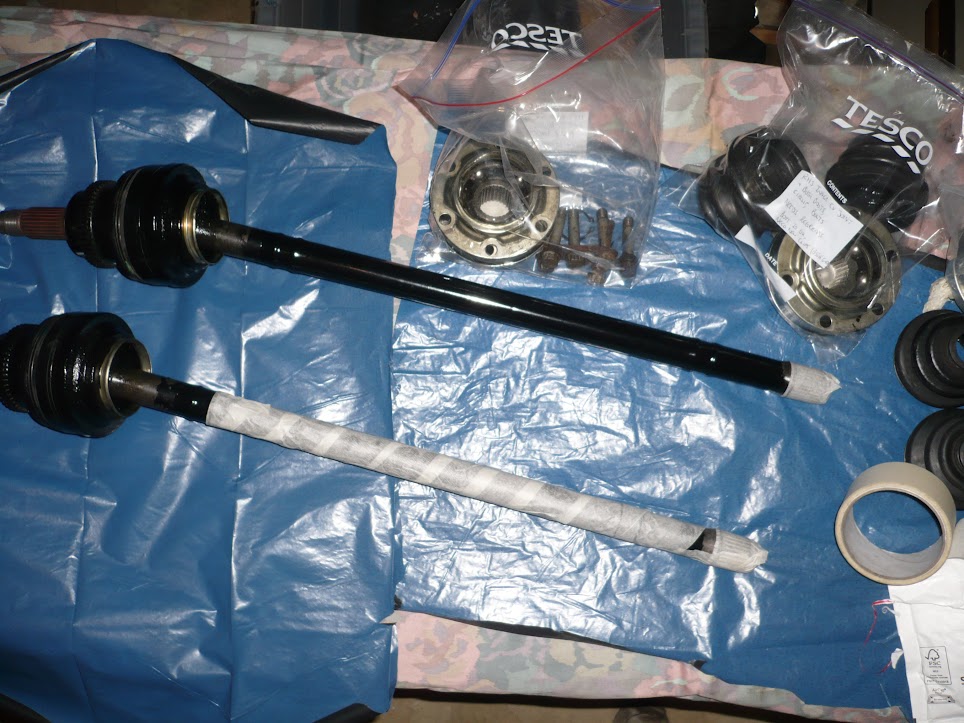 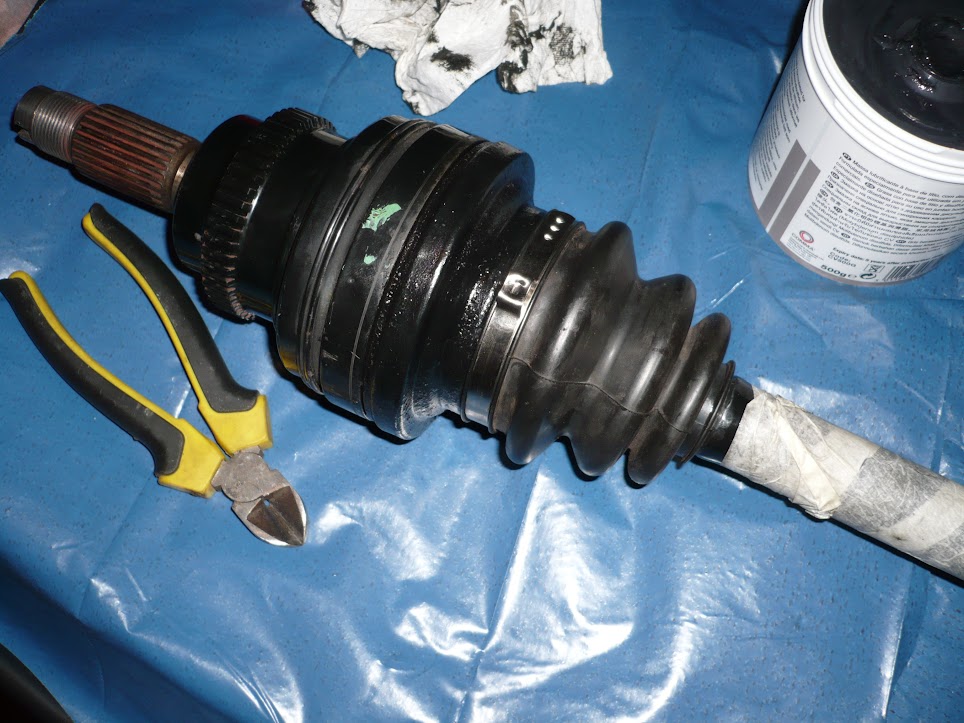 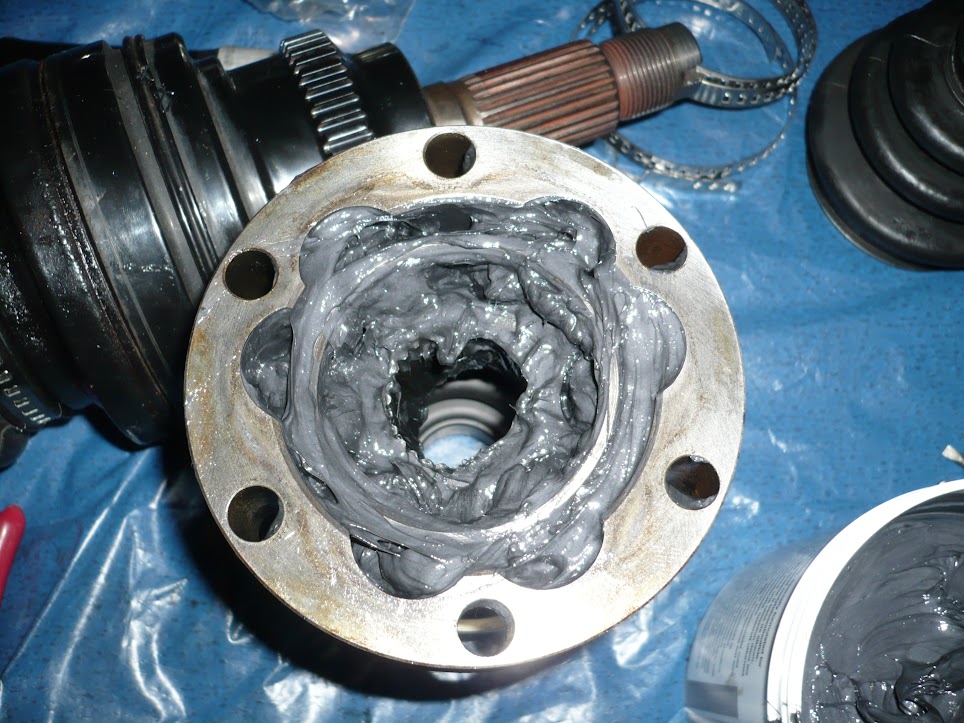 I installed the boot onto the joint first, then slid it onto the driveshaft and put the inner clip on last. I can't remember why I did it that way - I think it may have been because the boot was a bit tricky to get over the lip when it was on the shaft. When you do it this way though there is a tendency for the boot to go inside out when you push it onto the shaft. 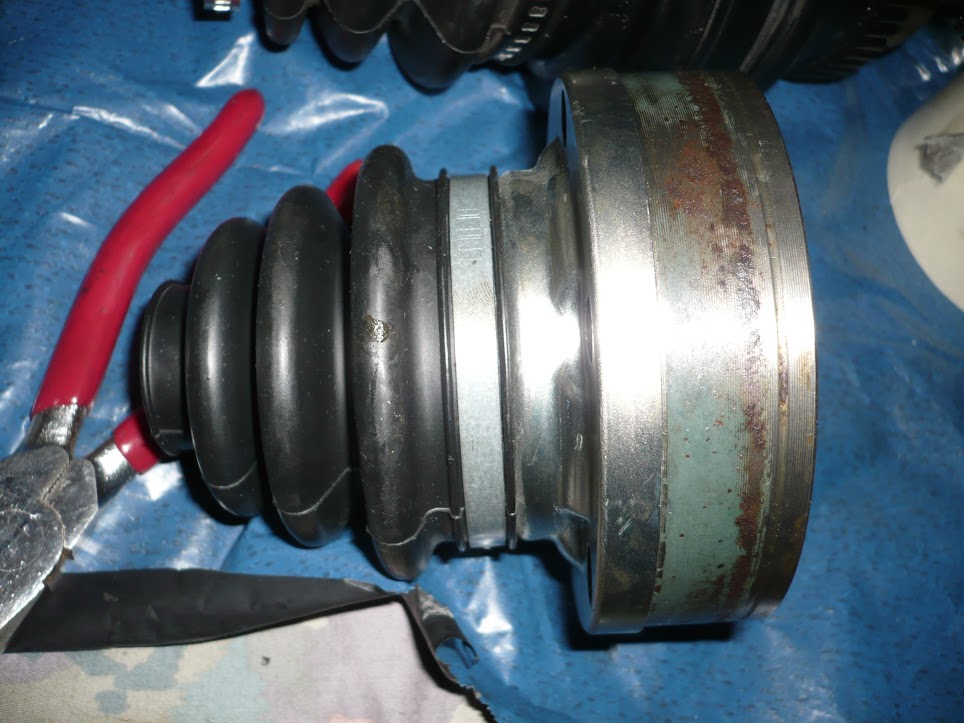 Finally, a pair of rebuilt driveshafts: 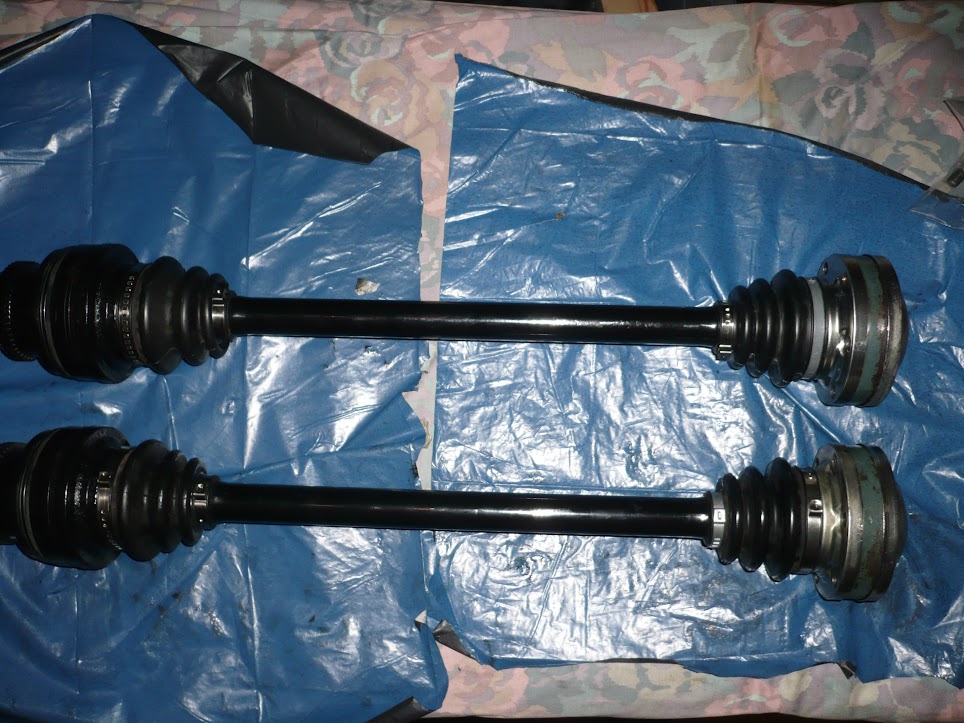