I was intending to get the driveshafts powder coated so wanted to remove the Constant Veolicty (CV) joints from both ends. The inside end was easy enough to remove although CV moly grease is nasty messy stuff:

First, pop the cap off the end of the drive shaft: 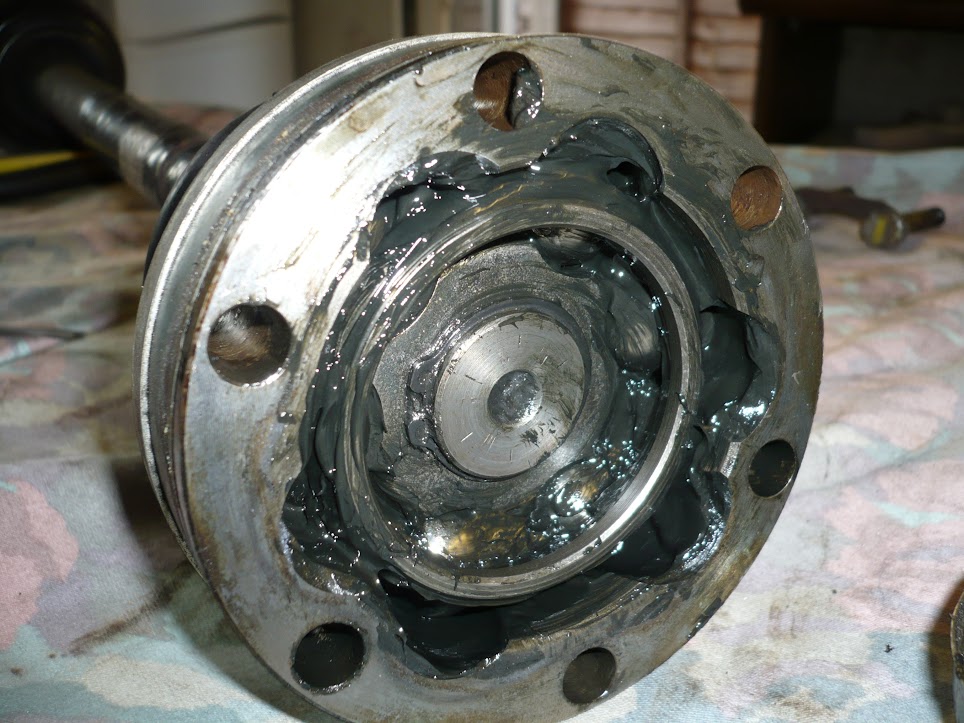 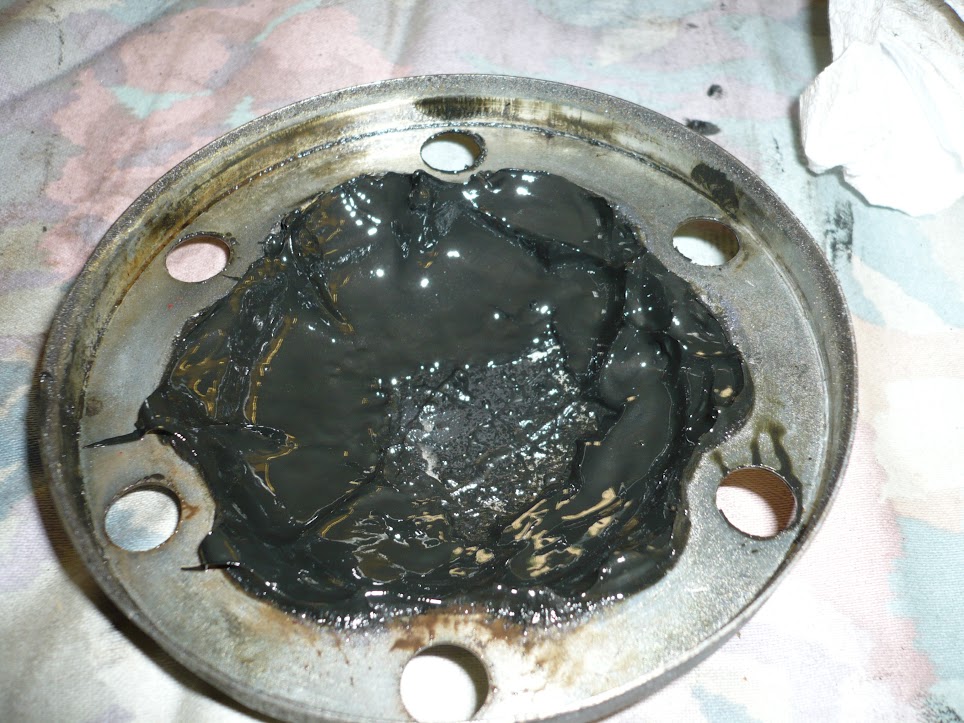 Next there's a circlip to remove from the end of the driveshaft: 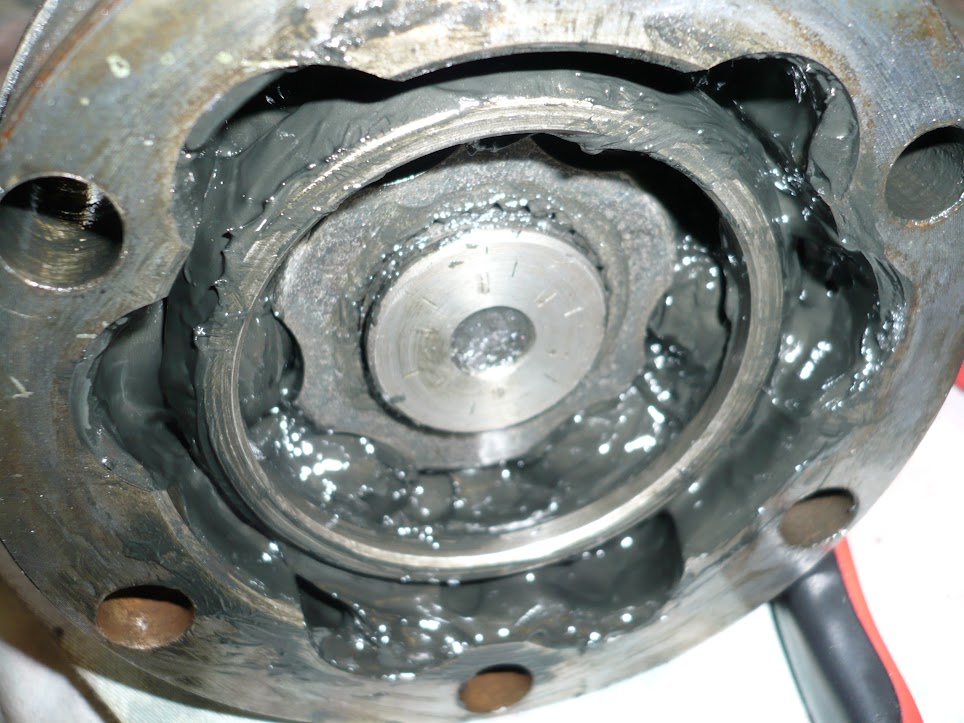 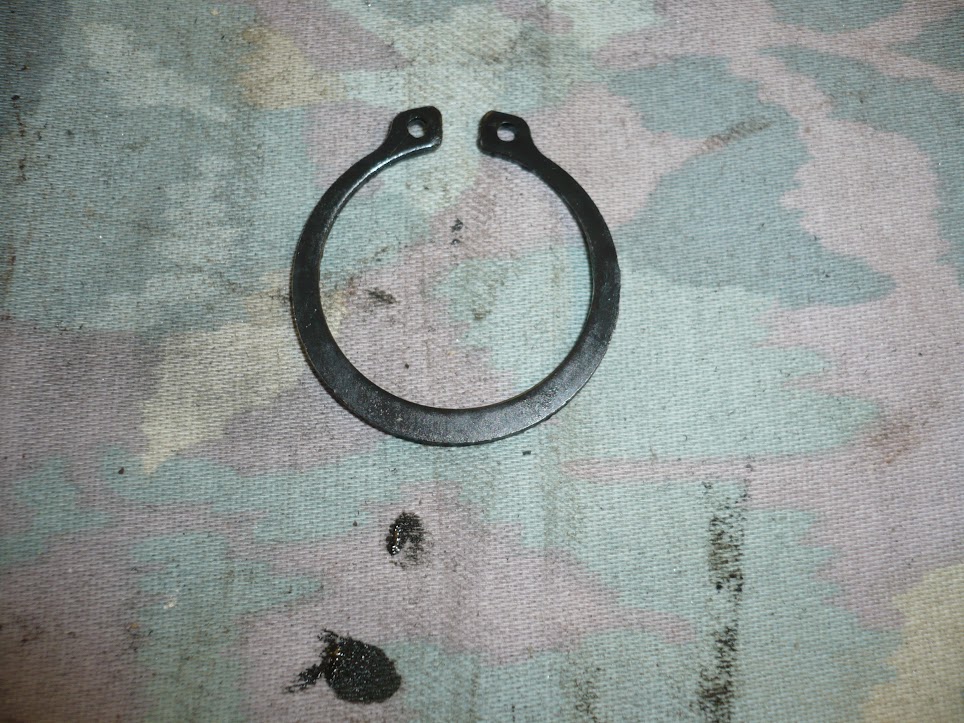 Then remove the clips holding the CV boot and the joint just pulls off: 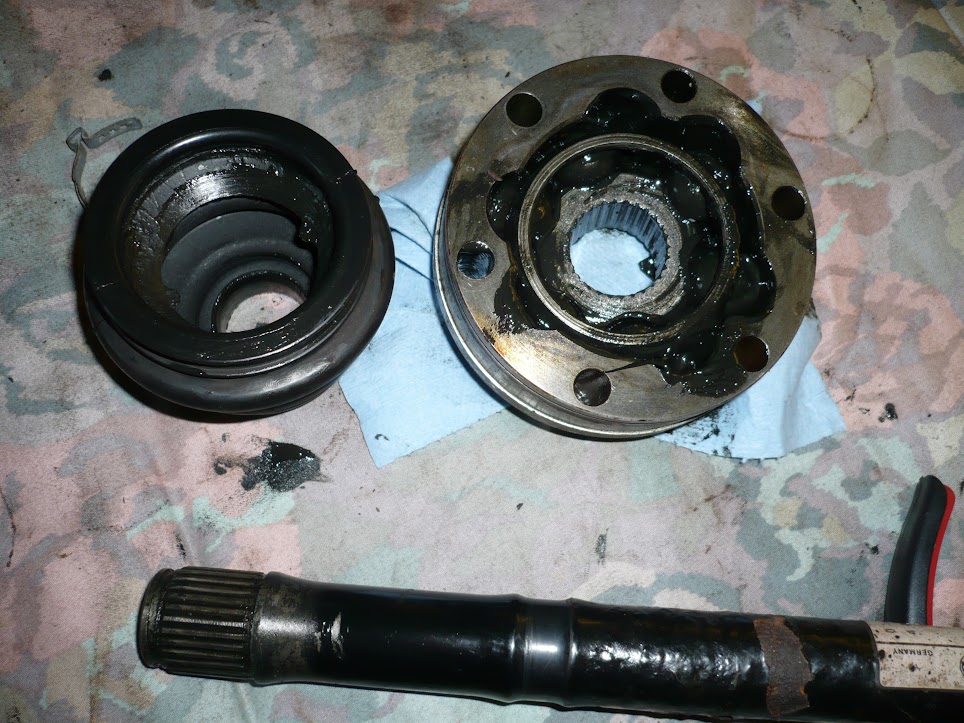 Now it's a case of cleaning all the yucky stuff off of everything. It would later be re-greased for reassembly: 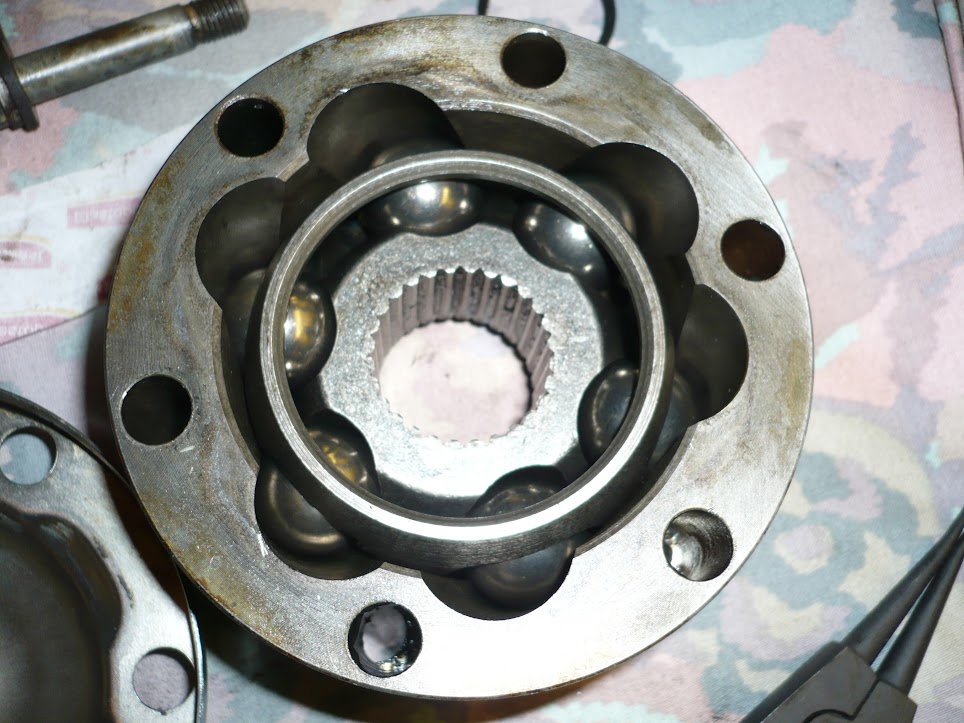 Next, onto the wheel end of the driveshaft. I had read that these do come off for other vehicles but did not find any evidence of anyone having removed them for a 355 specifically. So I had a go, but my research suggested that you need to hit it very hard and then it'll pop off as there's a compressible ring right in the middle somewhere holding it onto the shaft. I hit it quite a lot but was unable to move it and was starting to damage the outer casing so I had to accept defeat here and just remove the boot.

Unfortunately this scuppered my plan to powder coat the driveshafts, and I would have to go with a wet finish instead (i.e. black paint). The refurbish process is in a later article. 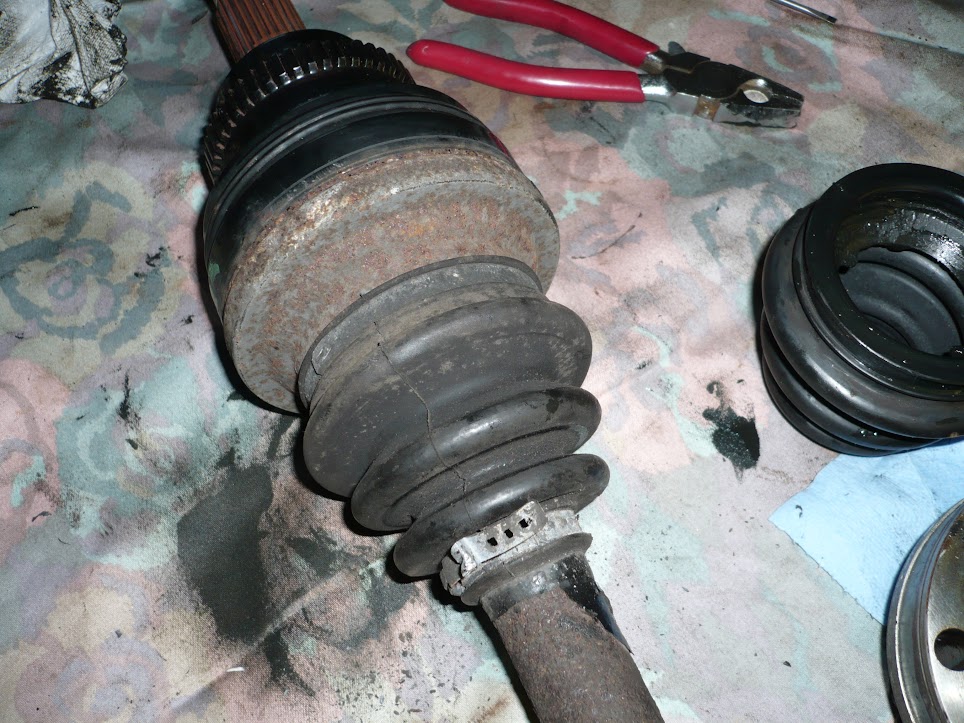