Having got the damper off, the next thing to remove is the top wishbone, then the hub and the lower wishbone. The driveshaft can then be removed as well.

Top wishbone removal is easy with the damper out of the way - two more bolts to remove and it's off: 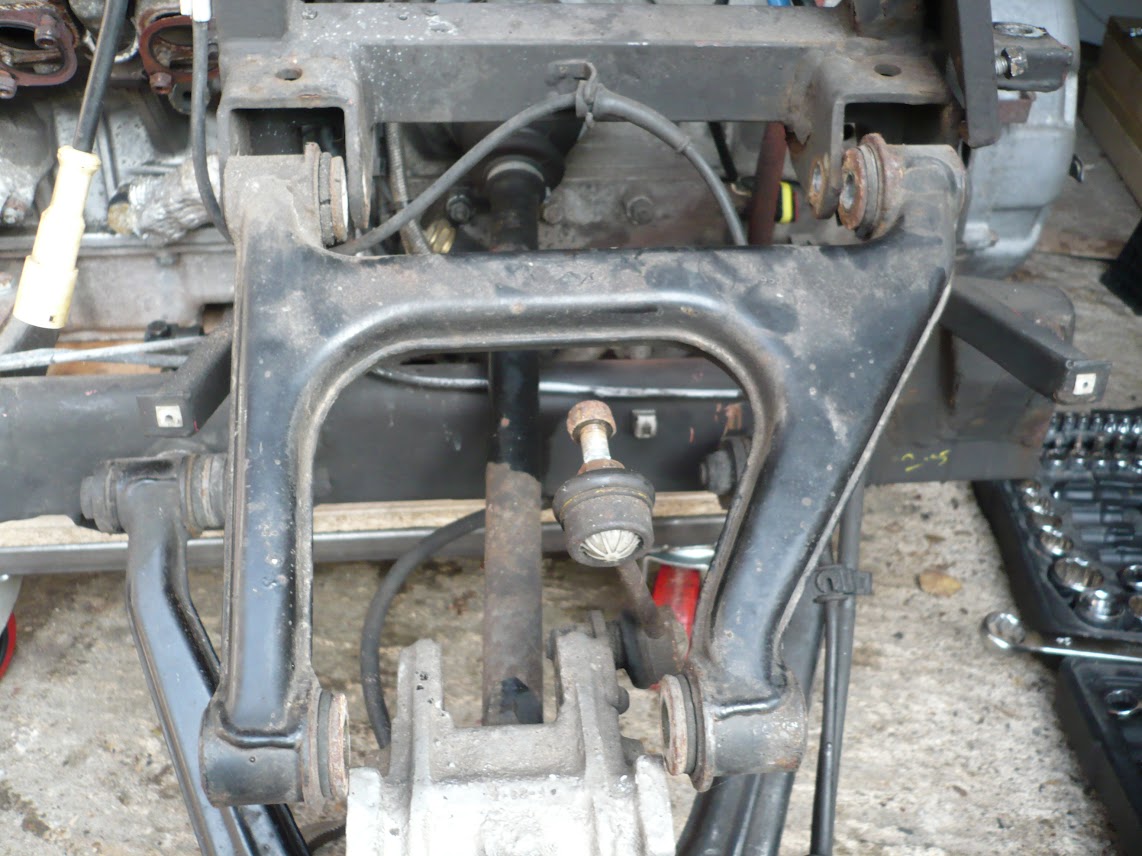 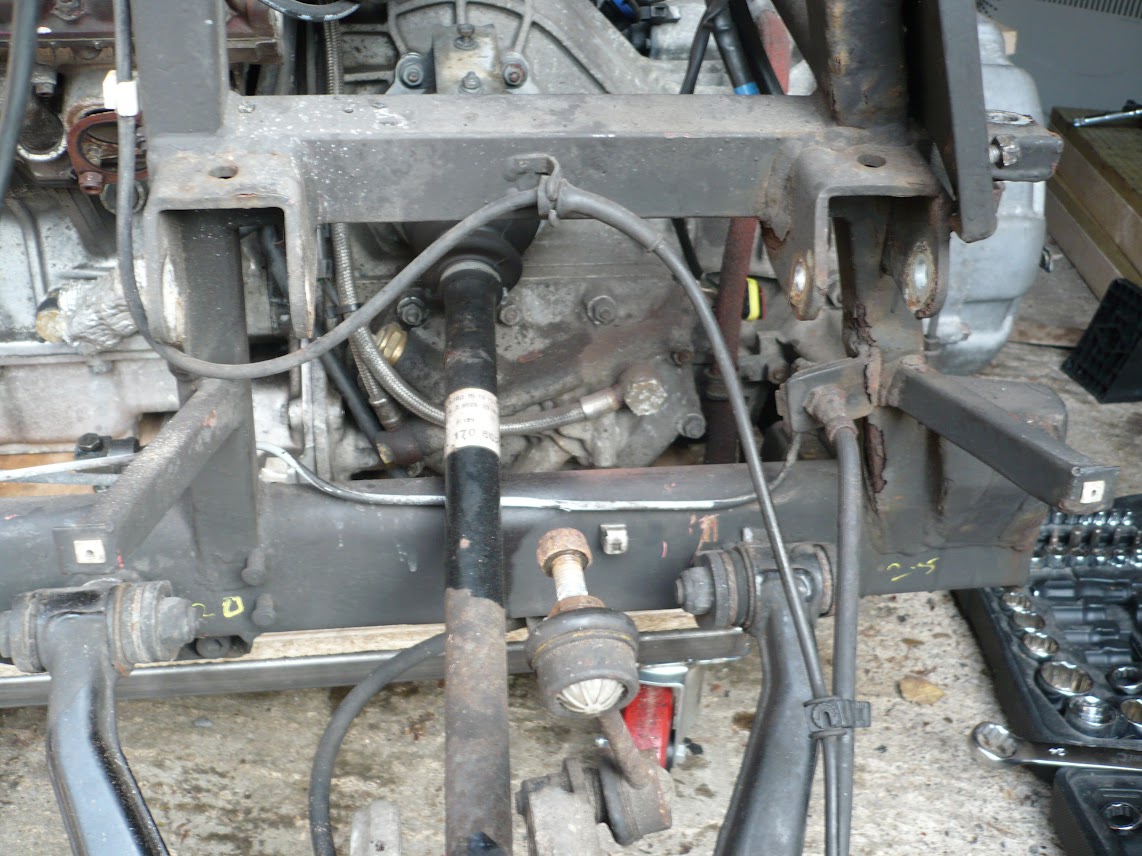 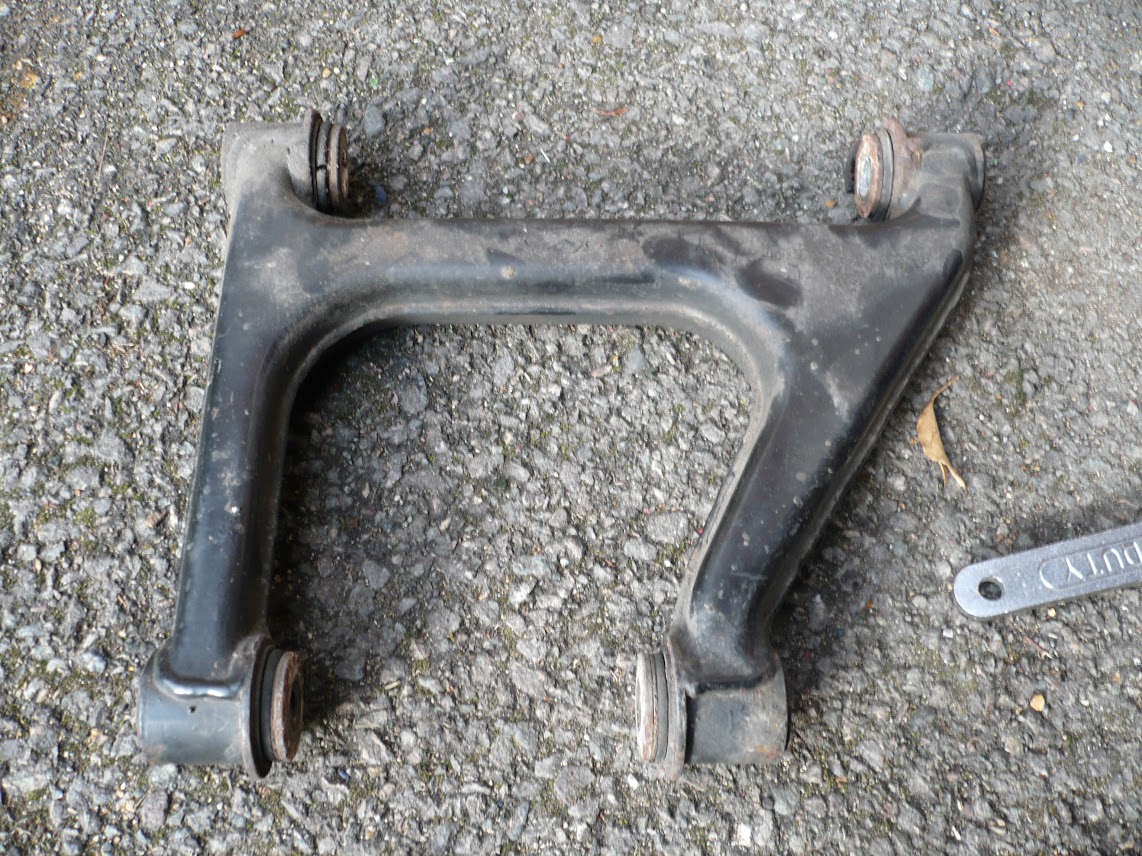 The wishbone comes off with the bushes still in place and they're very tight. More on this later when I do the refurbishment.

Next thing to remove is the ABS sensor. This is clipped to the top of the hub, and has a mounting sitting on the top bolt of the caliper. 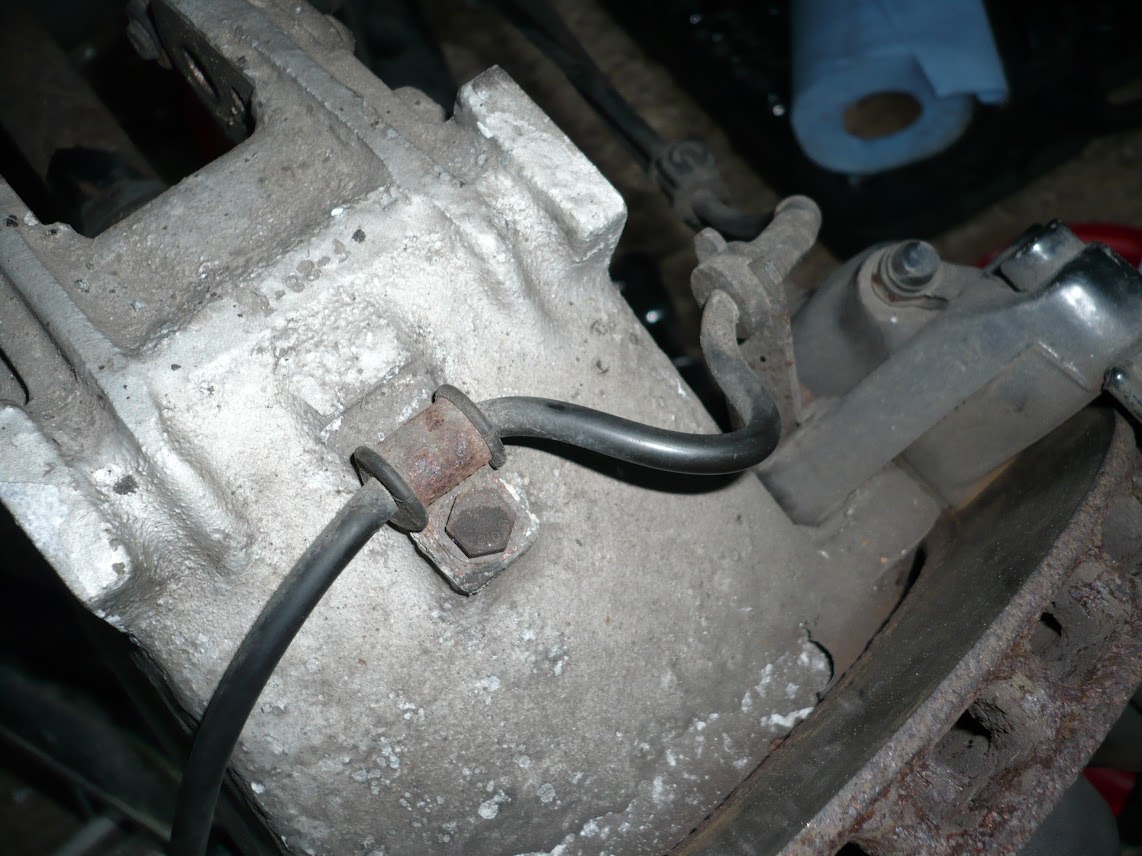 On the left hand side this bolt was seized and it sheared off when I put some torque on it. This had to go on the repair list for later. It was in fact the first breakage I created in disassembly - so far everything had gone pretty smoothly. 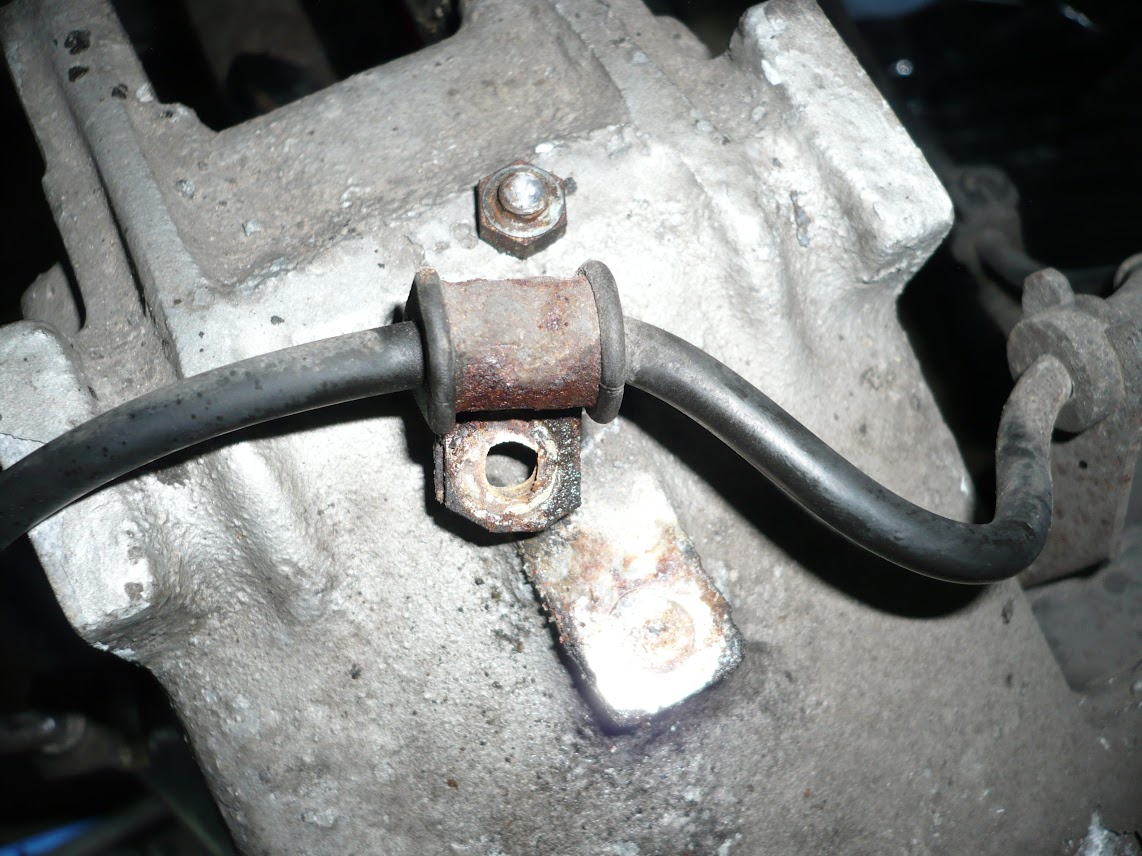 The sensor is slipped into the side of the hub casting and held in place with a small stainless clamp. With the clamp removed you'd think it would just pull out but having been in there for 20 years it wasn't keen. It took me an hour to carefully persuade it out on the RHS as it's in a plastic casing and I didn't want to break it, but the left hand side came out a lot quicker (about 10 mins) as I was more aware of how to persuade it out. 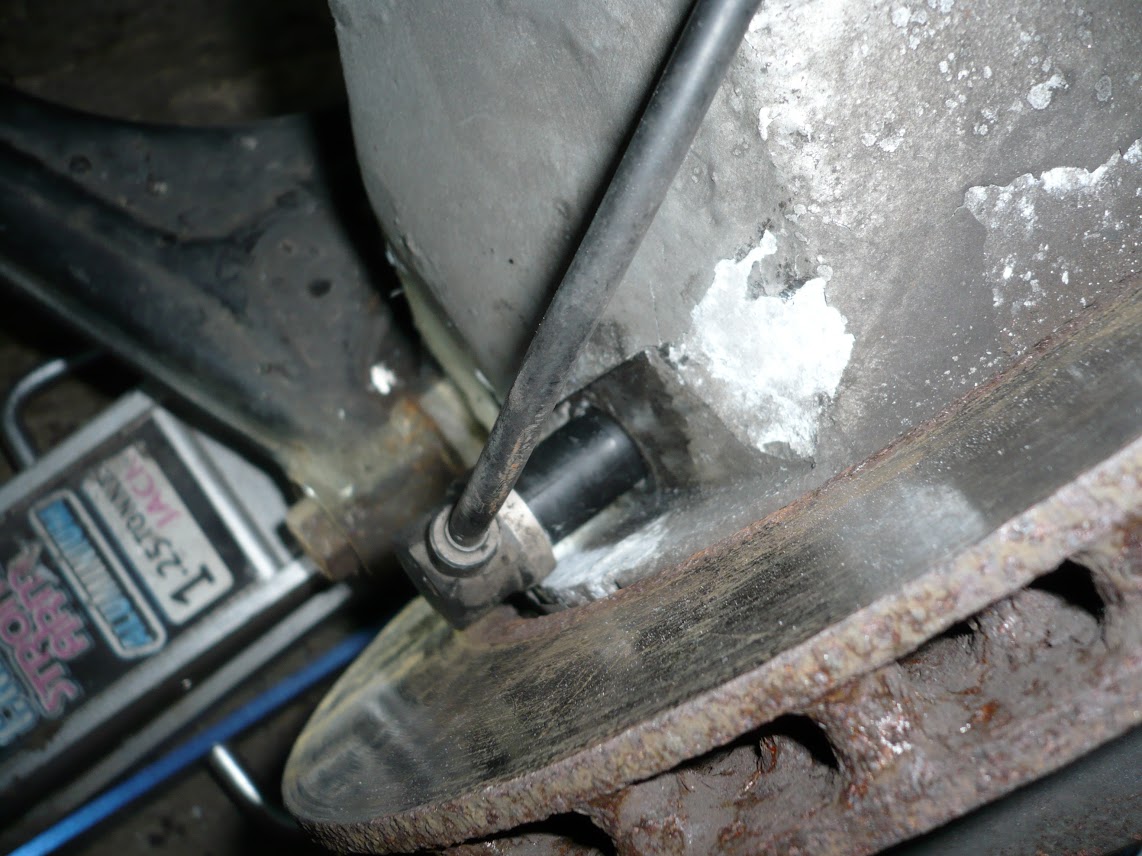 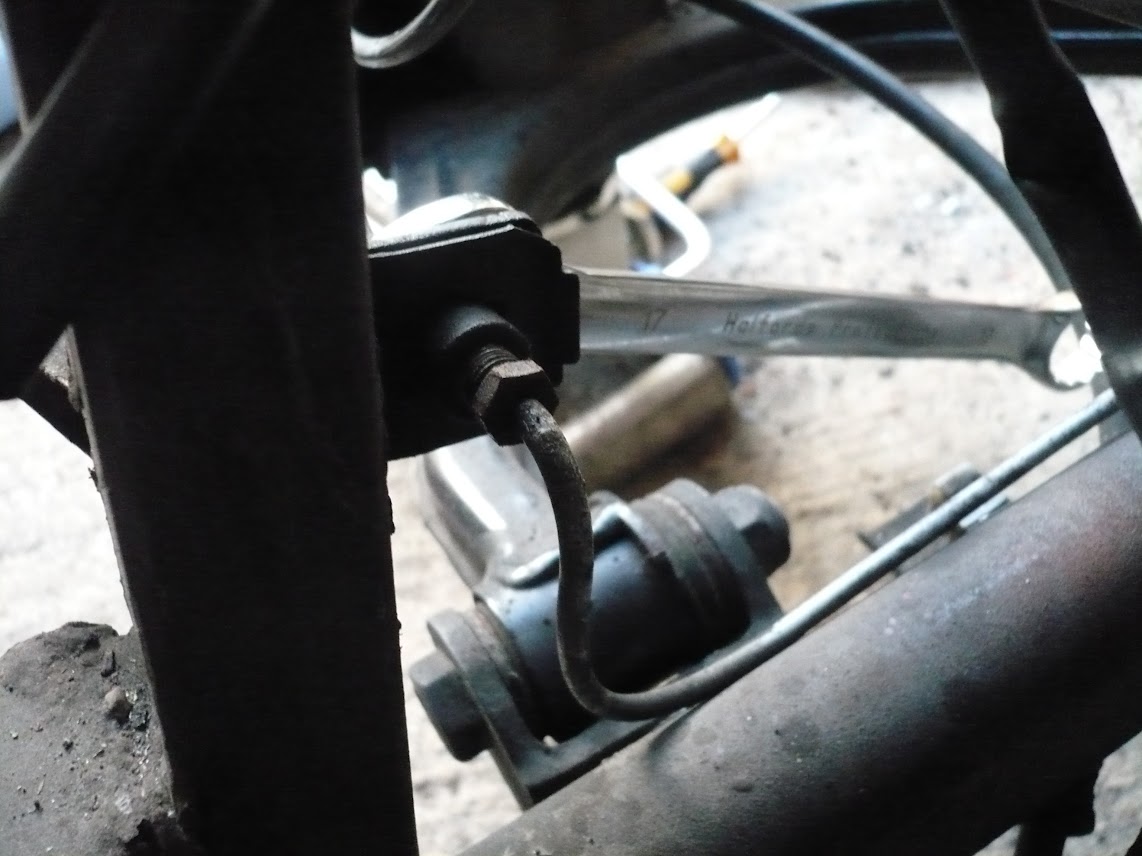 With the brake line removed there are two bolts to unfasten and then the caliper comes off. The small support for the ABS sensor wire comes off when the top bolt is removed. 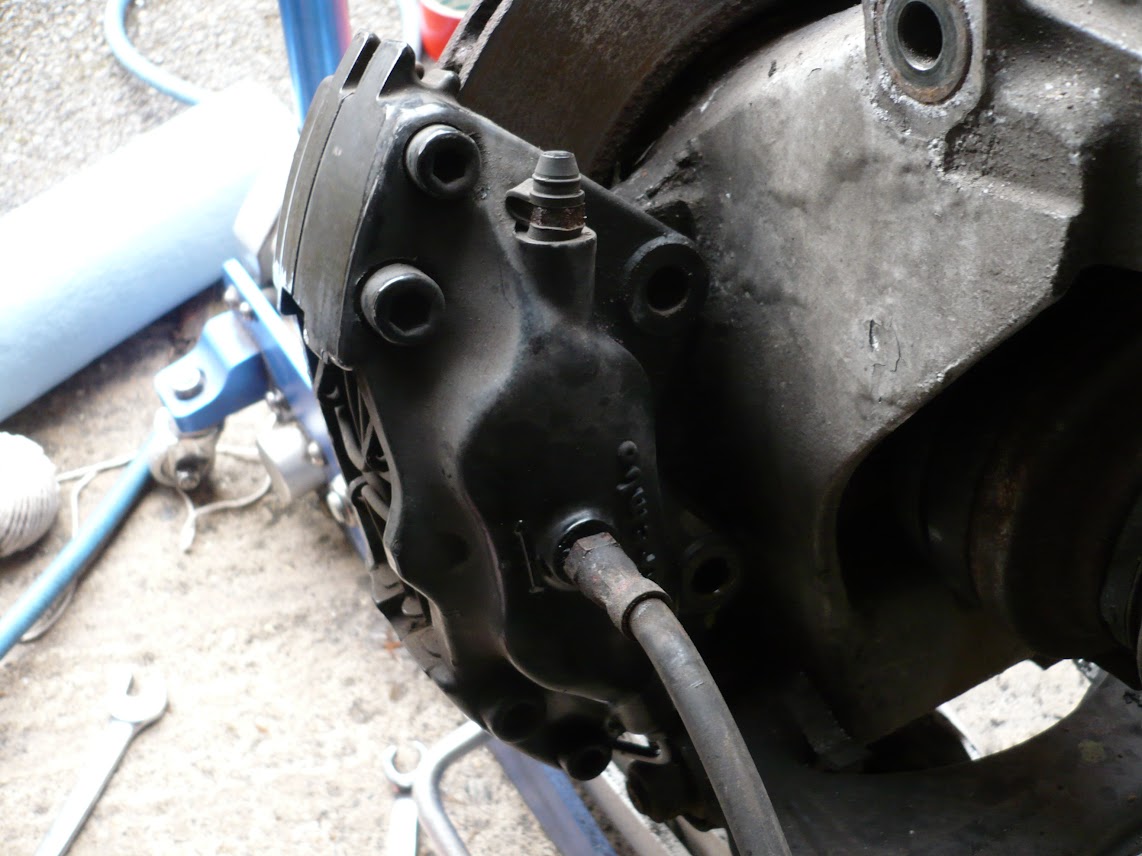 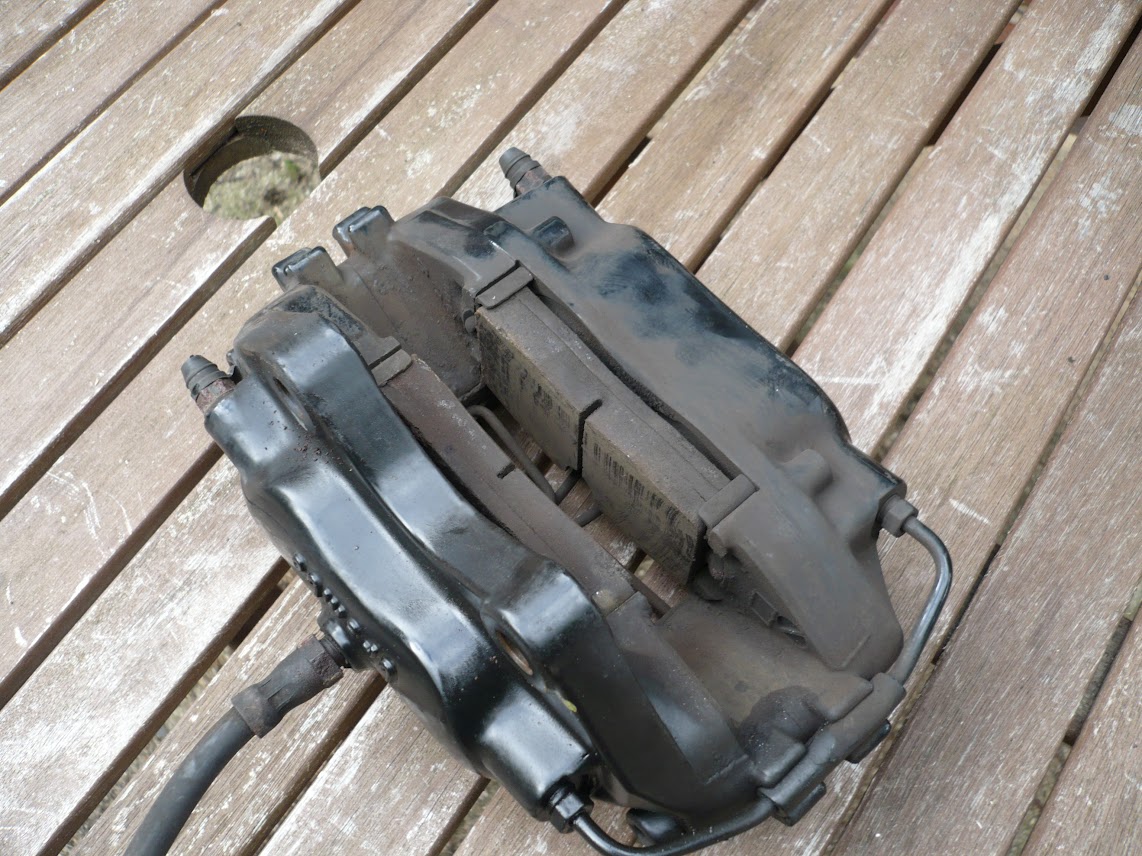 Next is to remove the brake disc. This is just two small fixings - one bolt and one allen bolt. 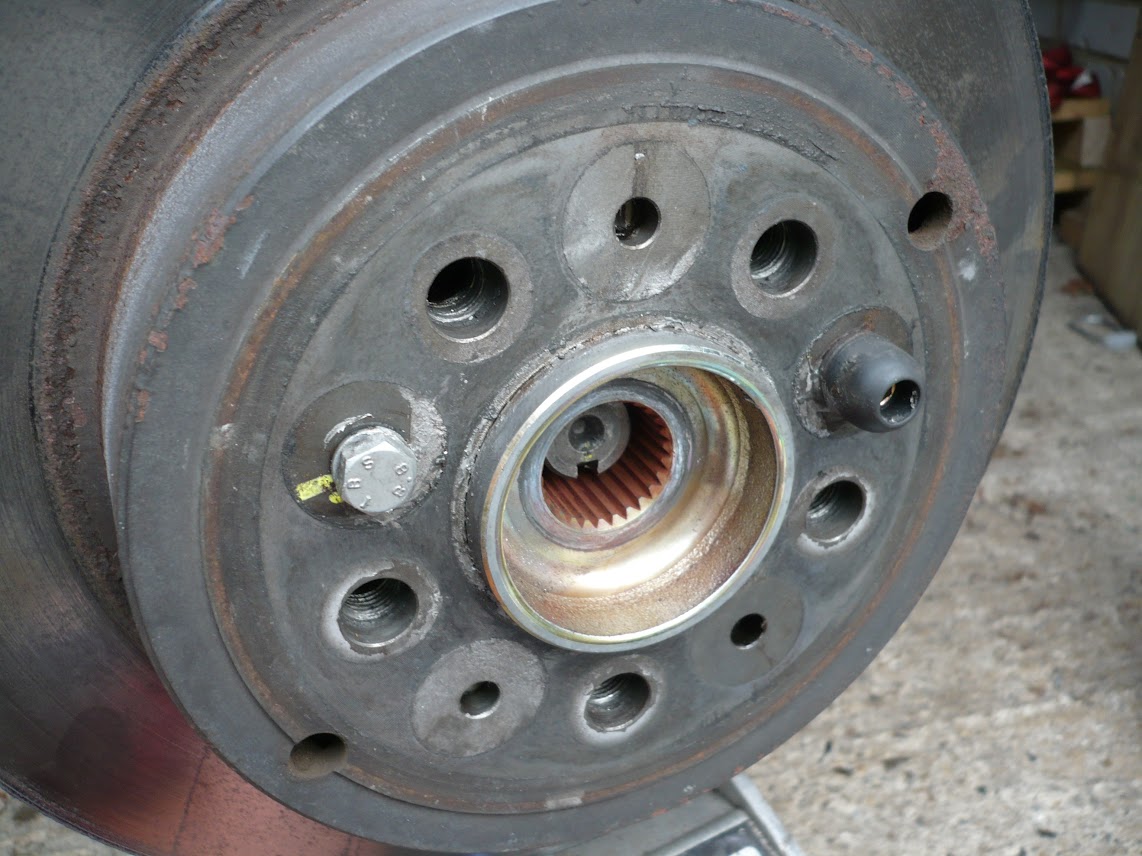 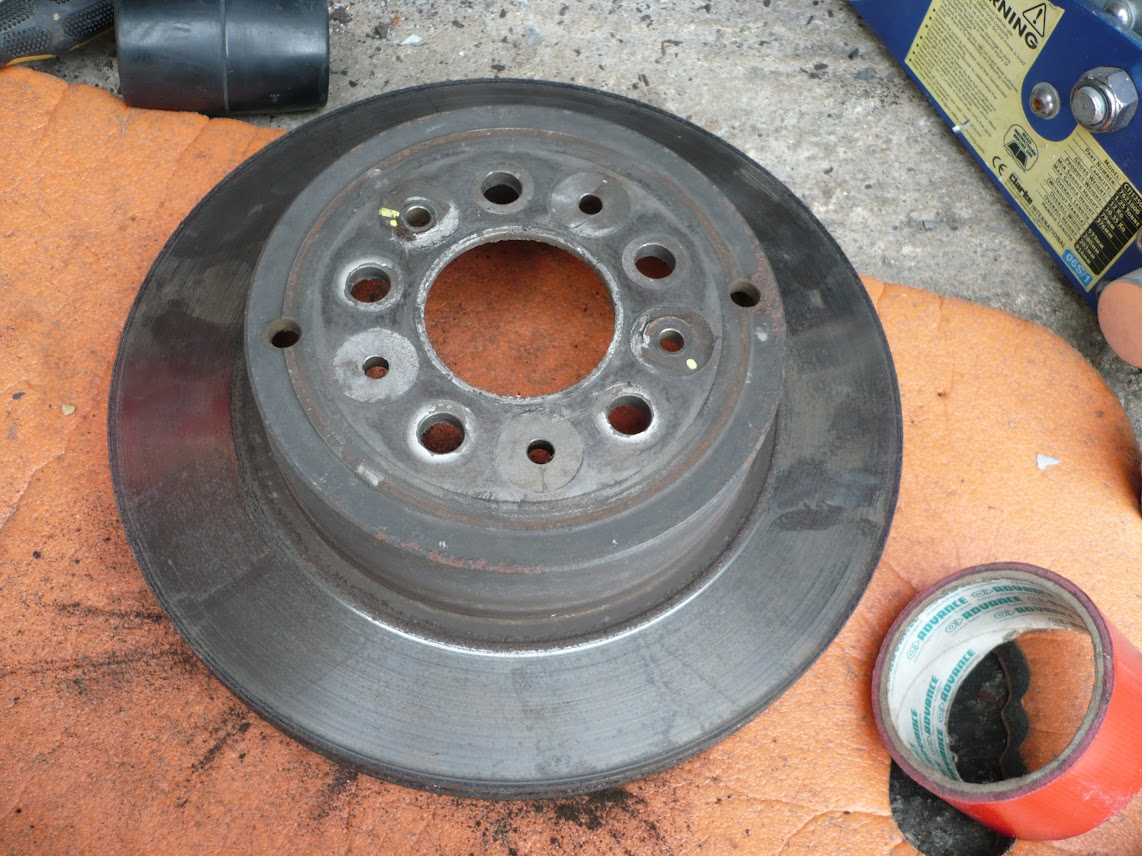 Discs are a bit tired looking although perfectly serviceable. I would decide later what to do with them.

With the brake disc removed you can see the handbrake mechanism and the end of the driveshaft: 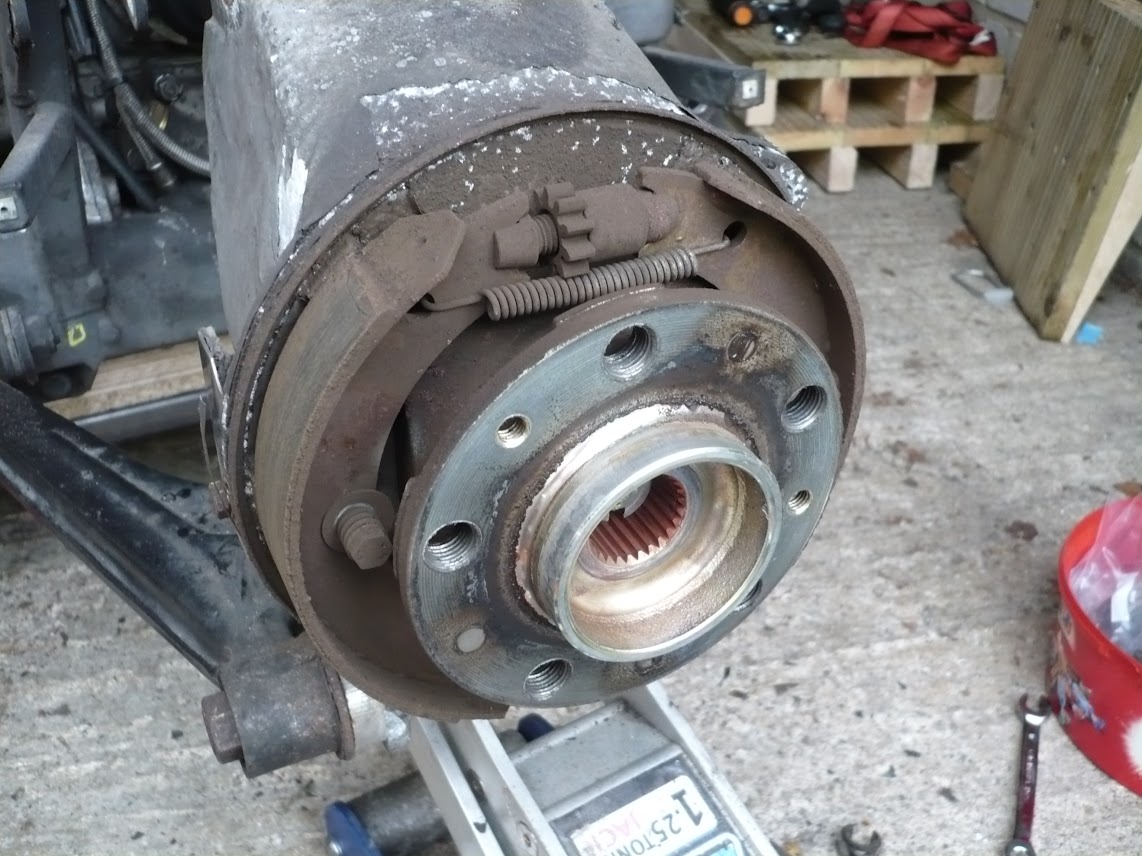 Before the hub can be removed the handbrake cable needs to be disconnected. This is just hooked on through the rear of the hub. As the cable is loose now, there's no problem getting slack on it to unhook it. There is a disassembly of the handbrake mechanism later on, so you can see how it works. 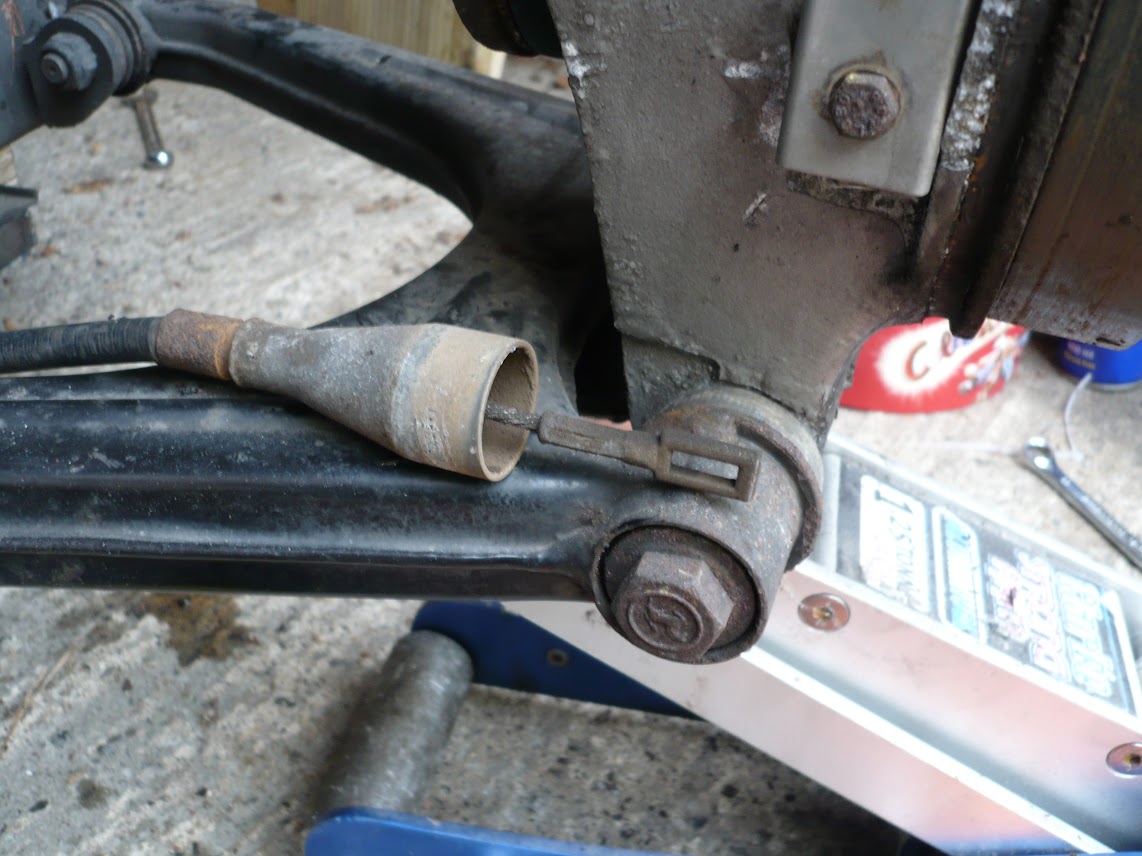 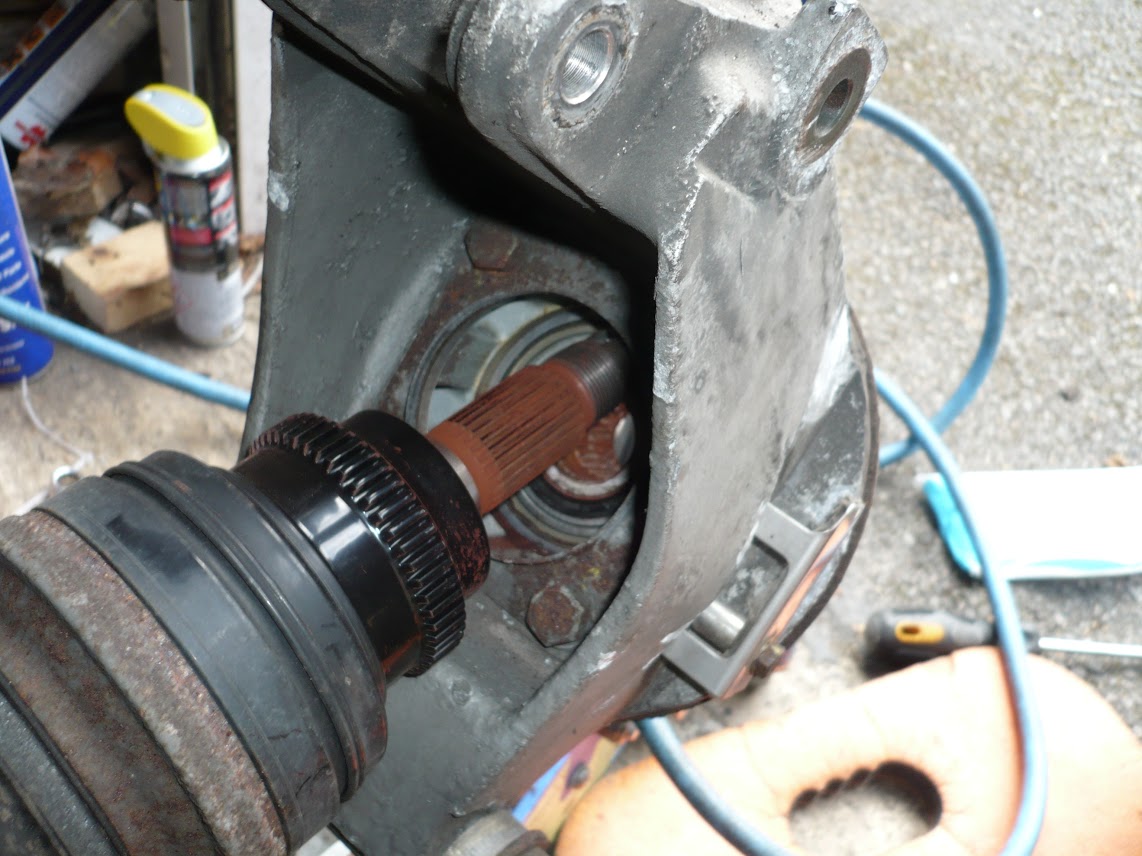 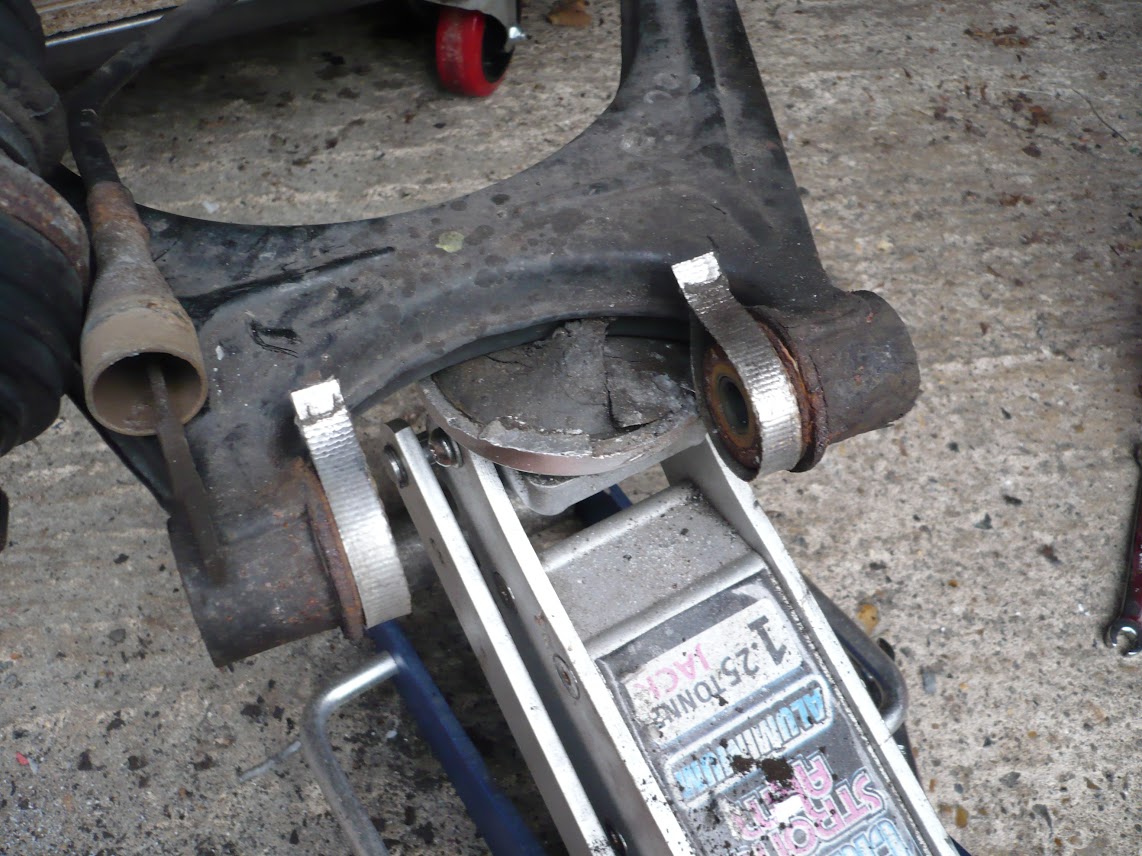 The two metallic strips are flexible heat shield material. They shield the ends of the bushes. The brownish-red stuff on the end of the driveshaft seems to be some kind of dry lubricant. It looks like rust but it certainly isn't. 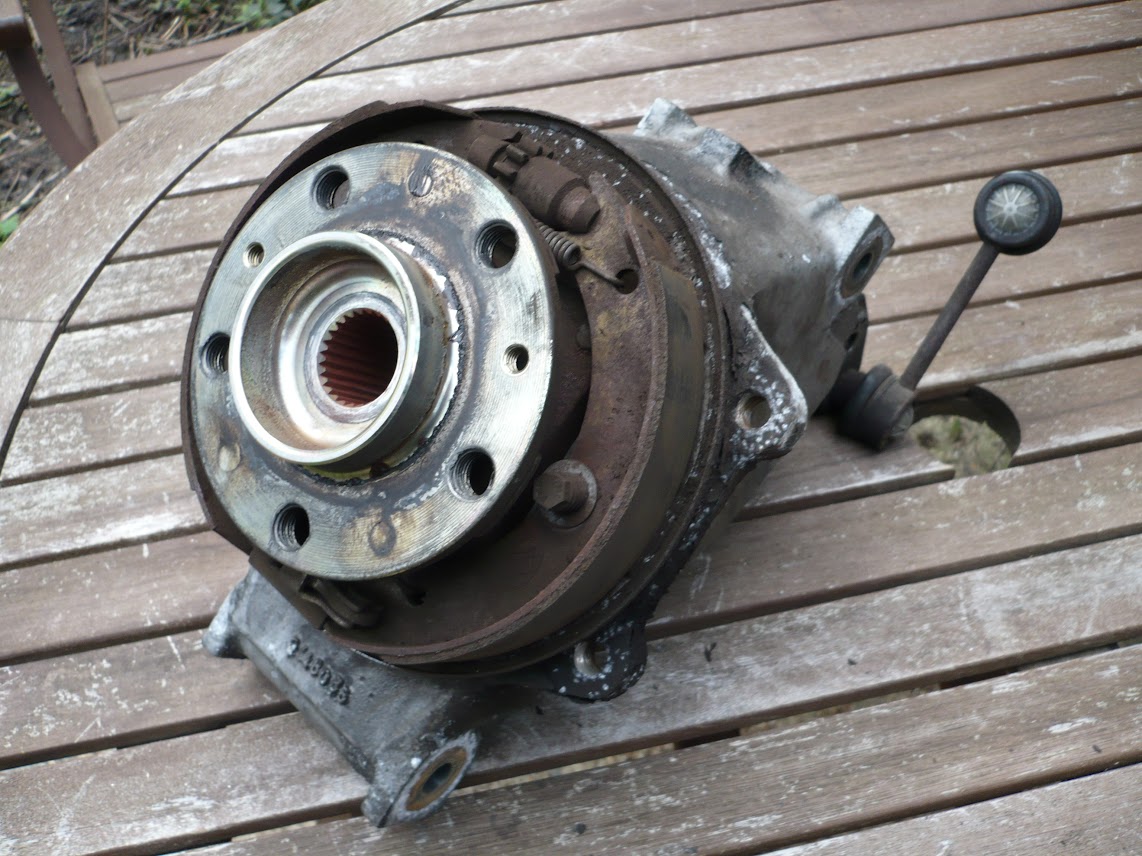 Next is the driveshaft. It's held on to the diff output with a series of odd looking bolts that look like they need a special tool but in fact all you need is a 12 point socket rather than a six sided one. These are pretty standard in most socket sets. Each pair of bolts has a locking strip beneath it. As with everything else, all bolts are labelled and bagged after removal. 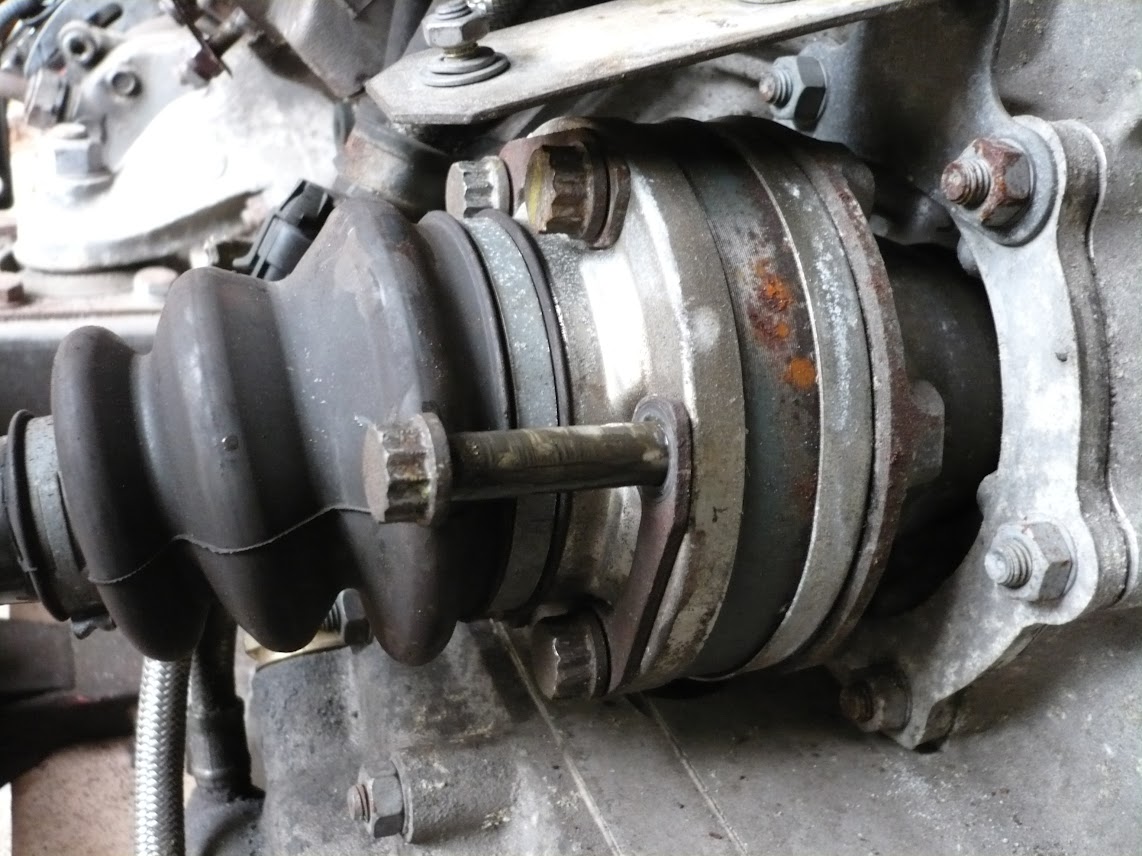 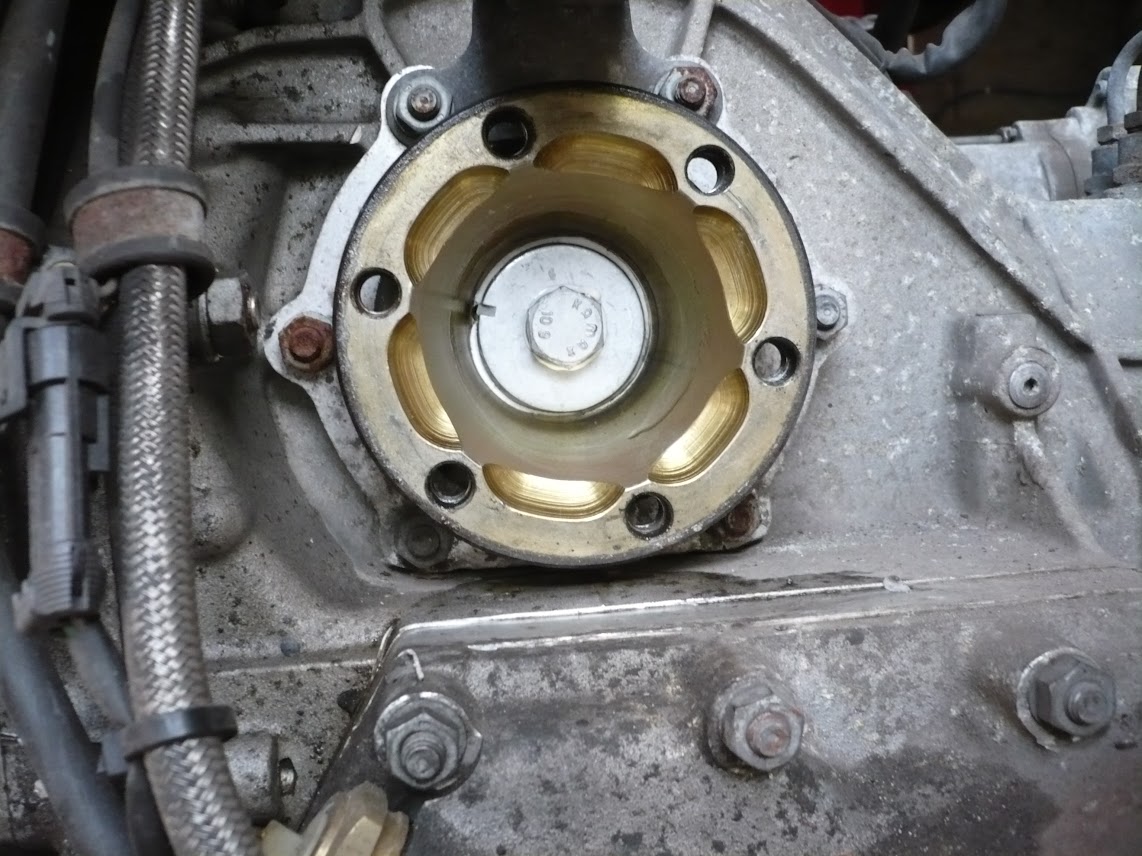 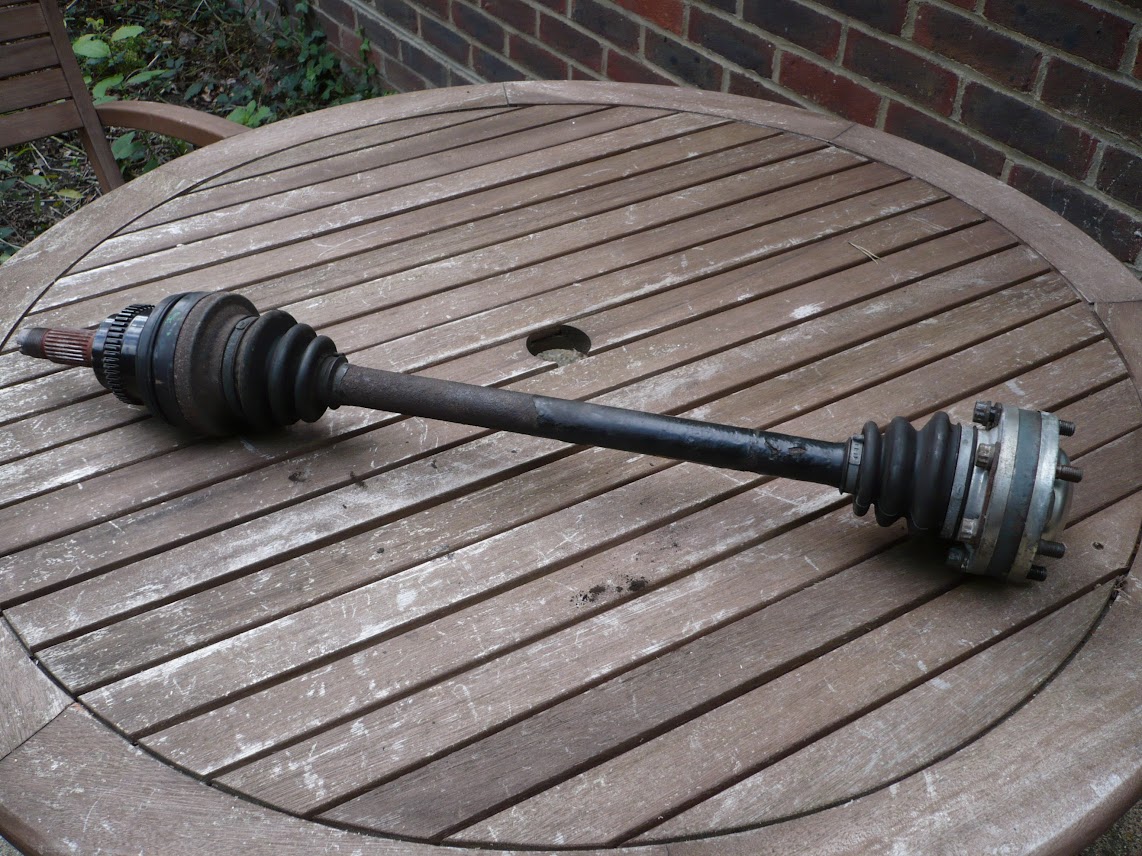 Finally the lower wishbone can be removed. There are two bolts through the forks fitted to the bottom of the chassis. On the left hand side these can be removed easily, but on the right hand side the handbrake cable fitting gets in the way of removing one of the bolts, so you have to remove the fork from the engine subframe first. 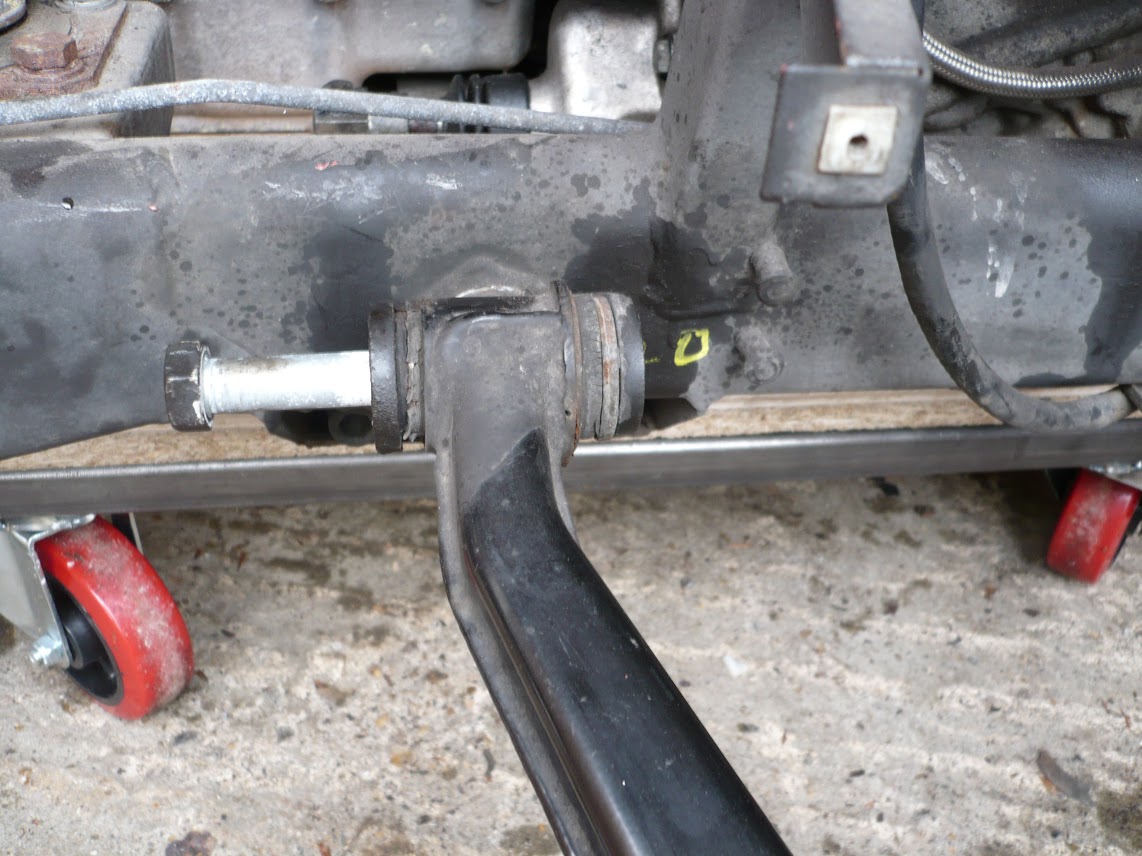 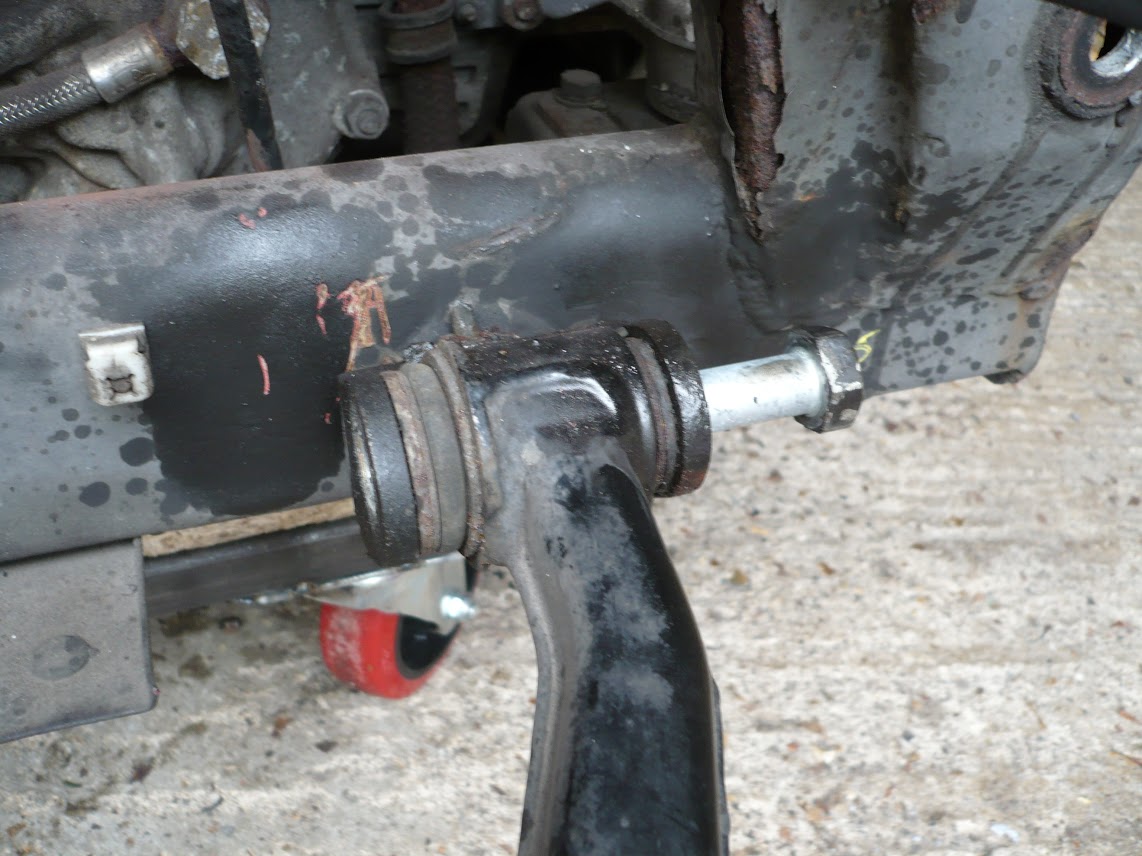 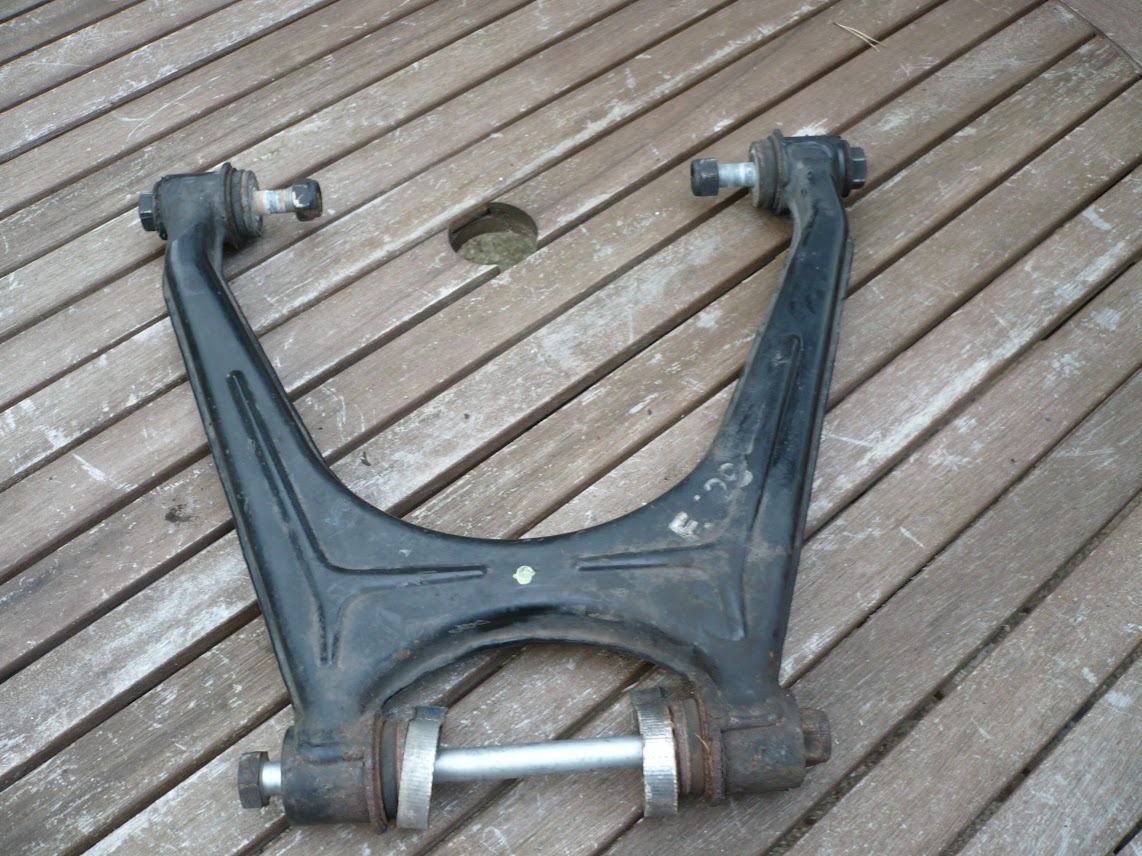 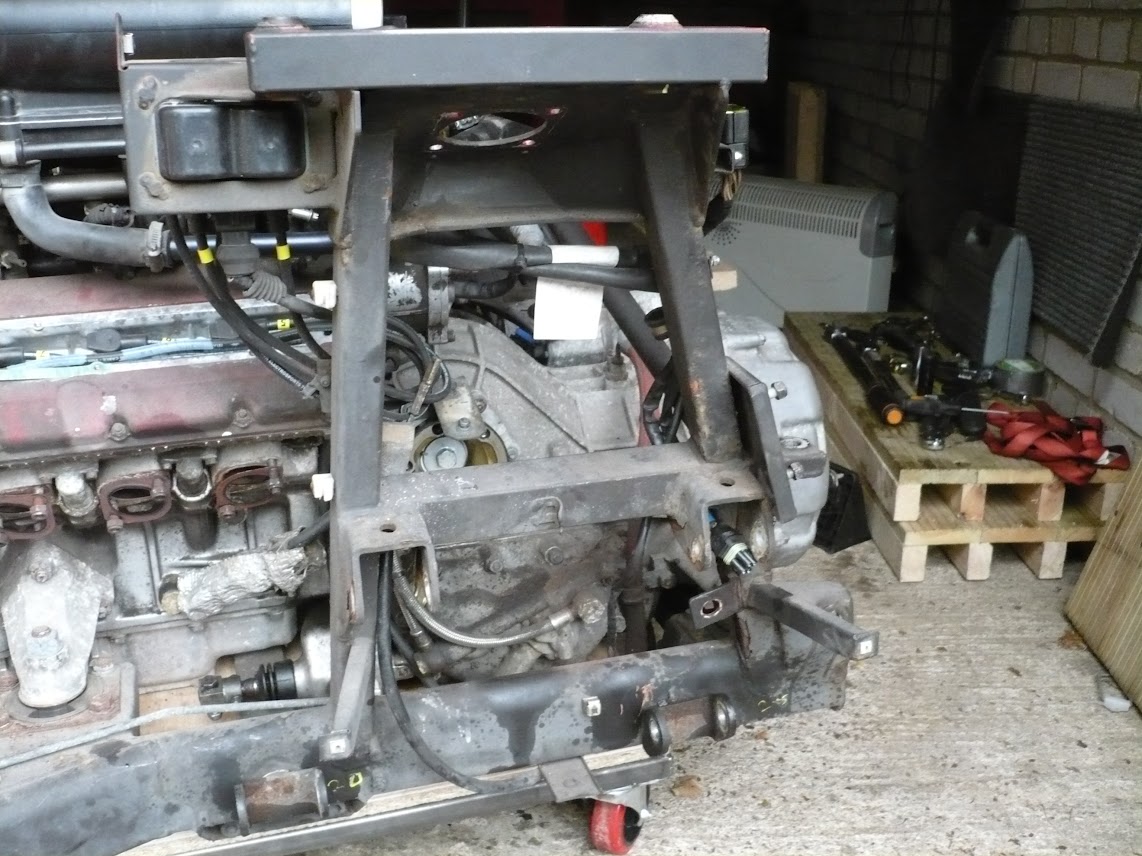 Here's that bolt on the right hand side (I imagine for a LHD car this is on the left hand side instead): 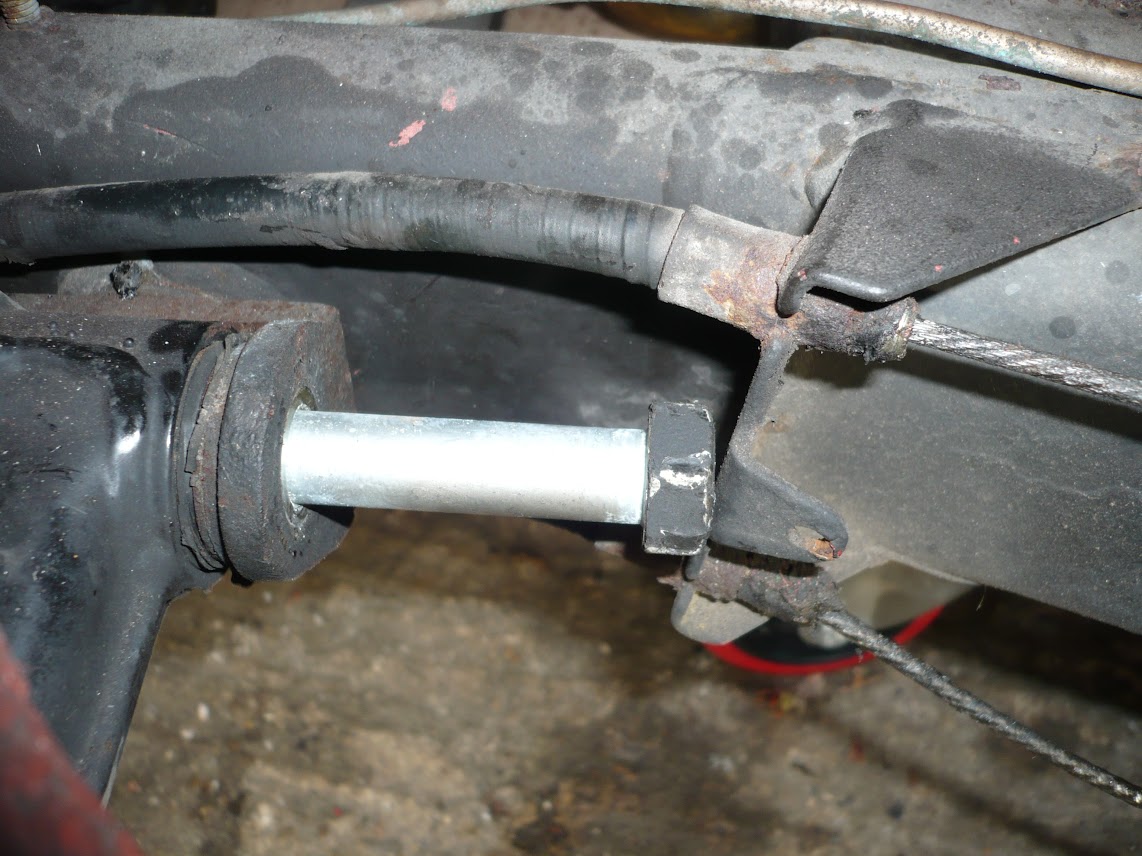 And here's the end result, both sides stripped back! 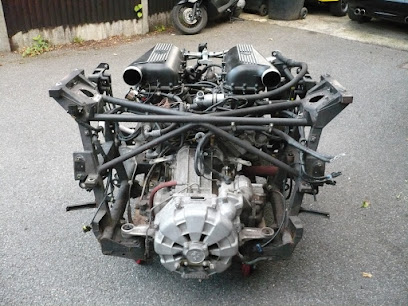