Raise The Car Away From The Engine

This is the big one. It's coming out.

My lift goes straight up vertically, so it's really good for doing this job. The only downside is that it lifts quite quickly, making it harder to get a small gentle movement but it worked just fine. The thing to do with the separation is to raise it a little and then check that nothing is still connected, since it's easy to miss something. Then go a bit further and check again. Keep doing this until it's obvious that nothing is still connected and then just raise it away.

Here are some photos of the lift happening.

Part lift, here you can see the two parts are separated by about 4 inches or so. 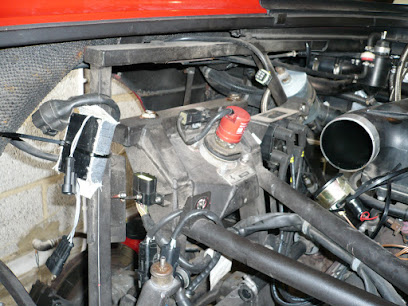 Here's another one with a bigger lift. Eagle eyes will not the power steering connection which I missed in the background. It got a bit stretched before I noticed but no damage occurred so I got lucky: 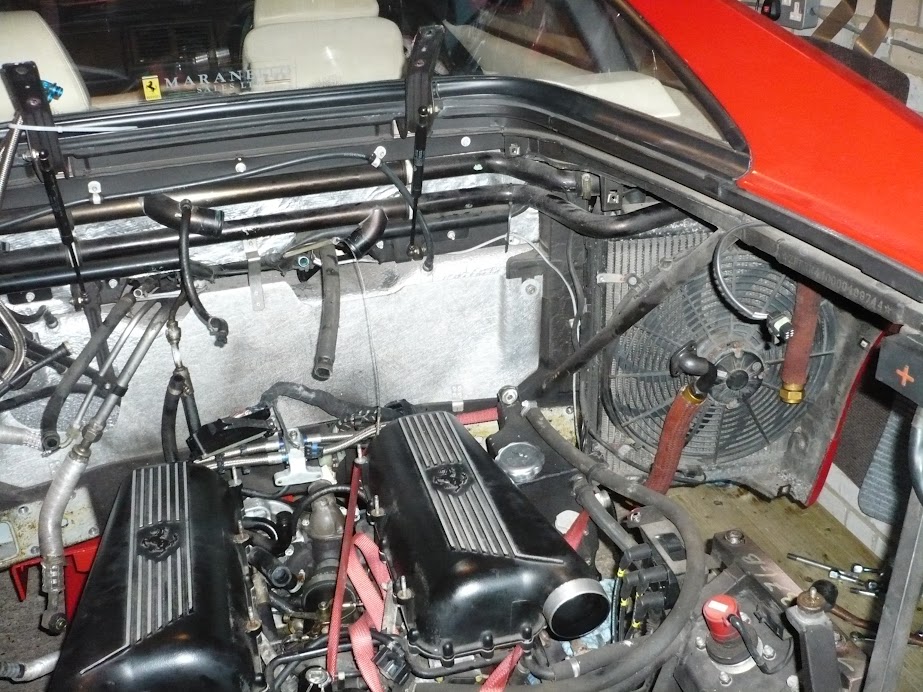 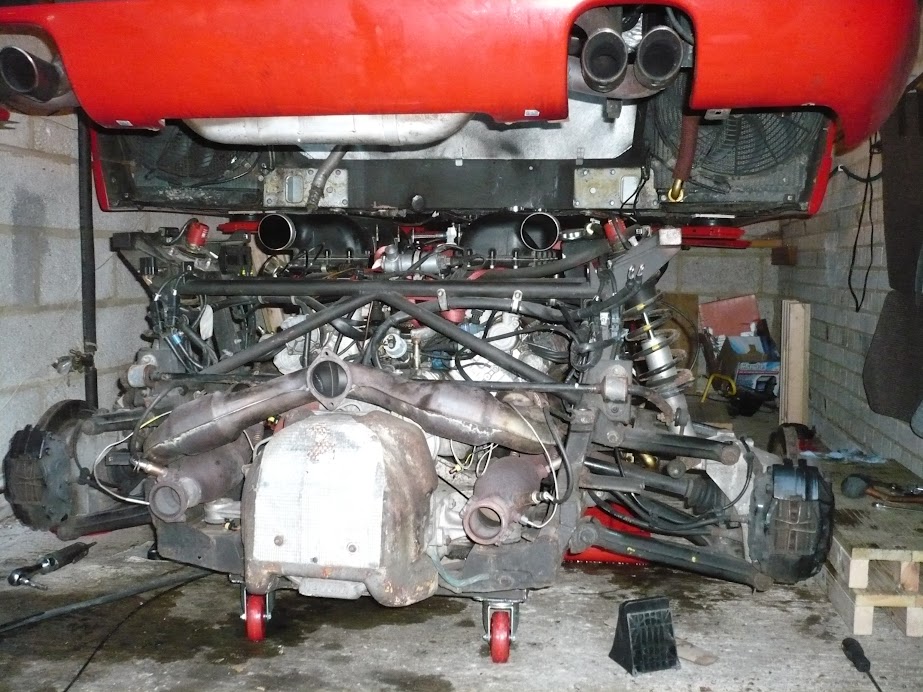 Car raised to full height. As you can see, a taller dolly could easily have been accommodated here which would have made undoing the 12 front bolts a bit easier, especially on the oil tank side. 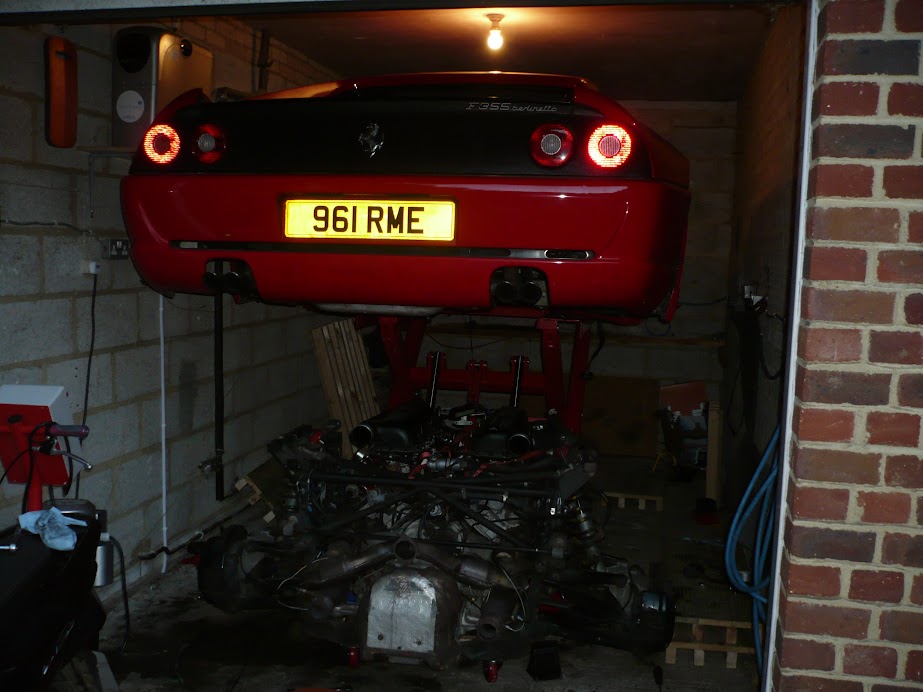 It was dark by the time I was done. From removal of the engine cover, a fair number of articles ago, to this point represents about 2 days of work. That's a lot longer than it takes for a person who does it for a living to do, but I was taking my time and not in any particular rush. I suspect I could do it in about half the time now without really rushing as I know what goes where. 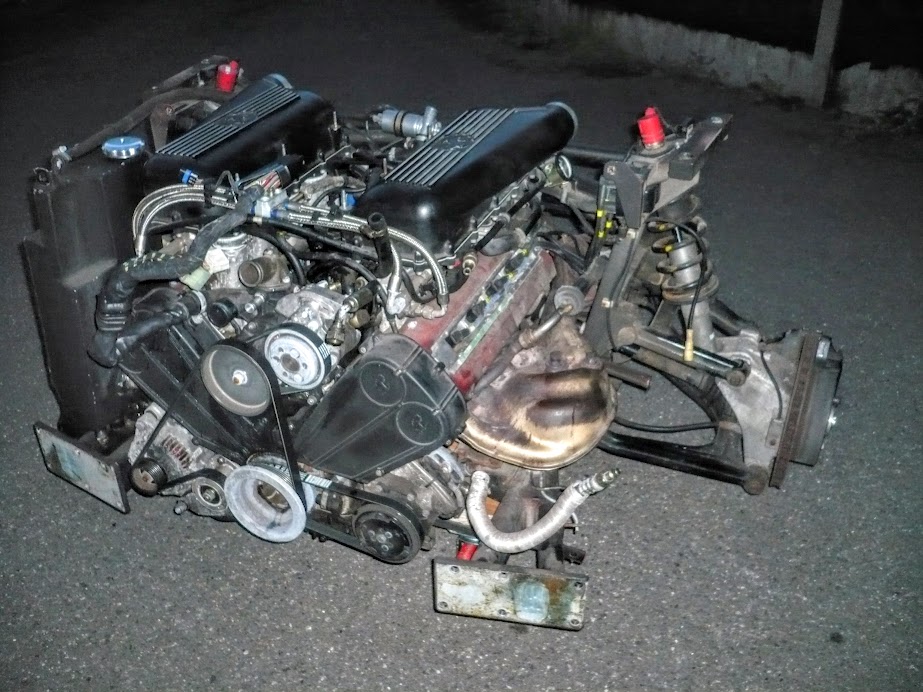 As you can see, the engine dolly works a treat here as I can wheel the whole assembly around as I see fit. This was very important as all of the work from hereon, until it was put back on the car, would have to be done in the back of the garage underneath the car, which would stay on the lift throughout.

At this point there's a whole load of disassembly of components from the engine to start, so we're only just into this job really. Remember this is 2 days into a project that turned out to be almost 6 months!