A Quick Look and the Underside, Disconnect Hydraulics and Handbrake

I took a snap of the underside of the car shortly after removing the gearshift rod. This gives you some idea of the condition of things. The silver cover over the clutch cover is just fibreglass, but you can see that there are parts of the engine cradle that are starting to develop surface rust. All of this comes out with the engine. You can also see the good level of access the mid rise lift gives too. 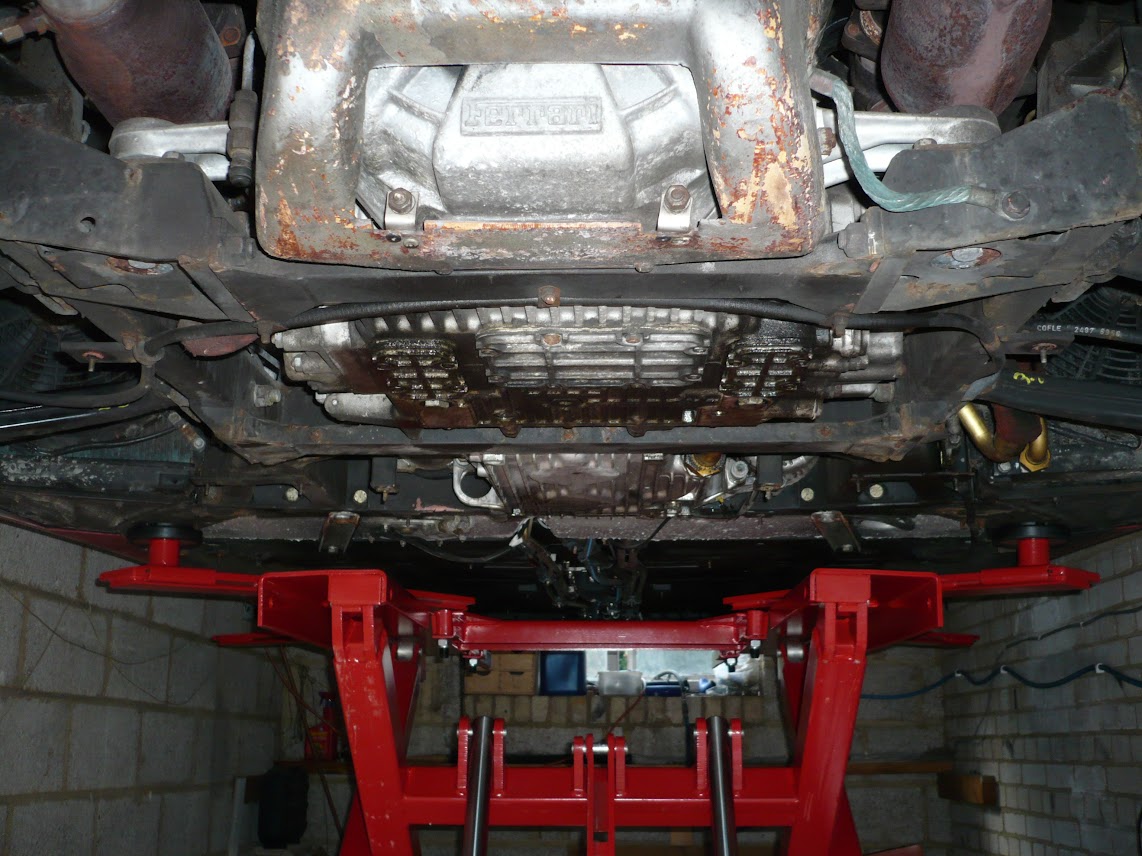 On both sides of the car there is a connection for the brakes, so that the brake lines can be left connected to the calipers when the engine is dropped. The right hand side actually carries two connections - the other one is for the clutch. The connections are made via a small aluminium block bolted to the frame. Unfortunately the aluminium and steel combination tends to get a bit stuck so there's no guarantee that things will come undone. In my case I managed to get the bigger clutch ones undone and one side of the brakes, but the brakes were stuck solid at the output, so I had to cut the lines. This didn't matter as i would be replacing them anyway. 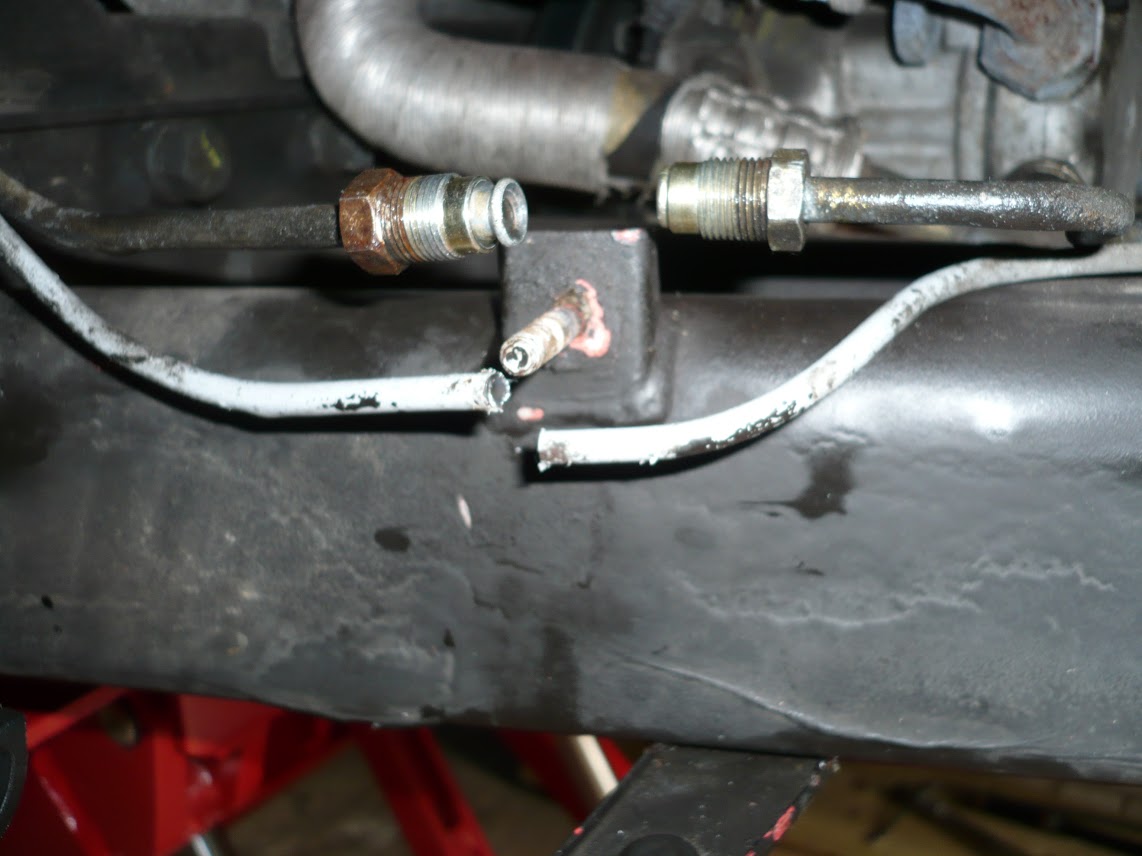 In the end I had to use some heat to get that remaining connection out of the aluminium block. This did the trick but it certainly wouldn't have come out any other way, having tried with penetrating fluid for a while. 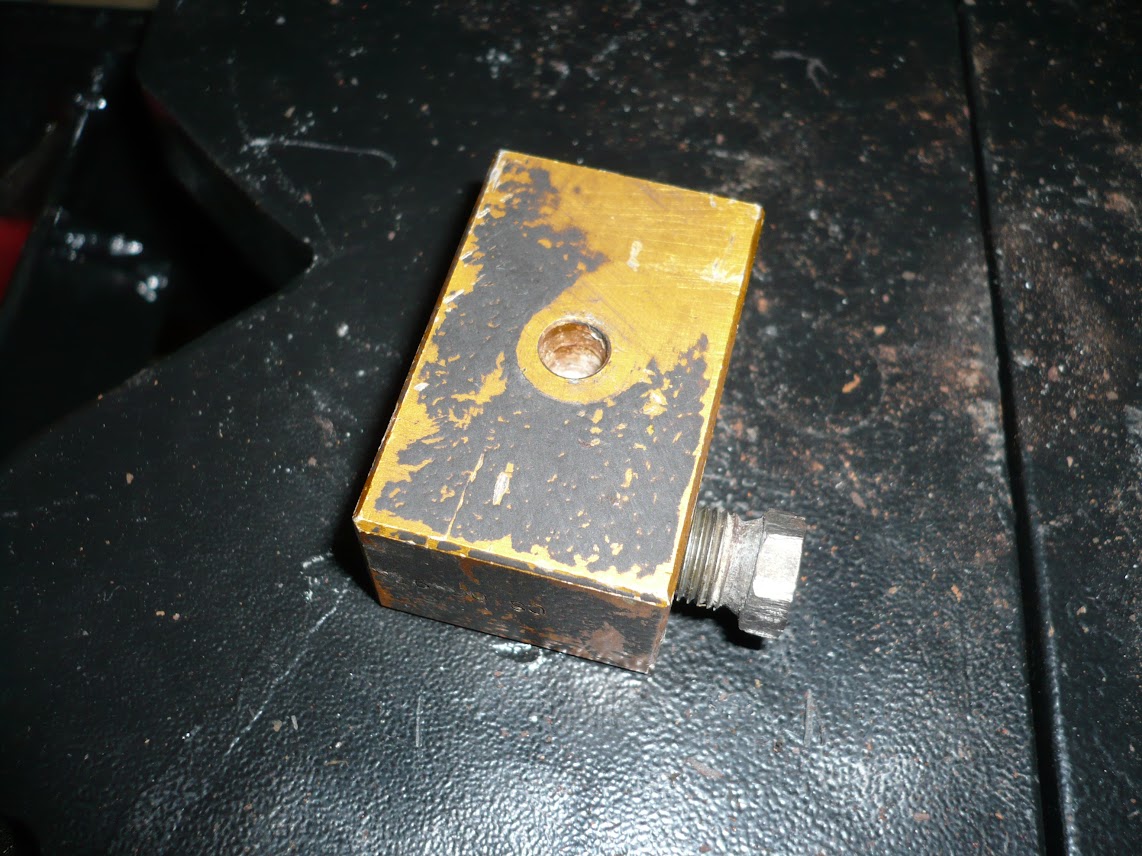 The handbrake connection is on the right hand side of the car on a right hand drive vehicle. Things are swapped over for a LHD car: 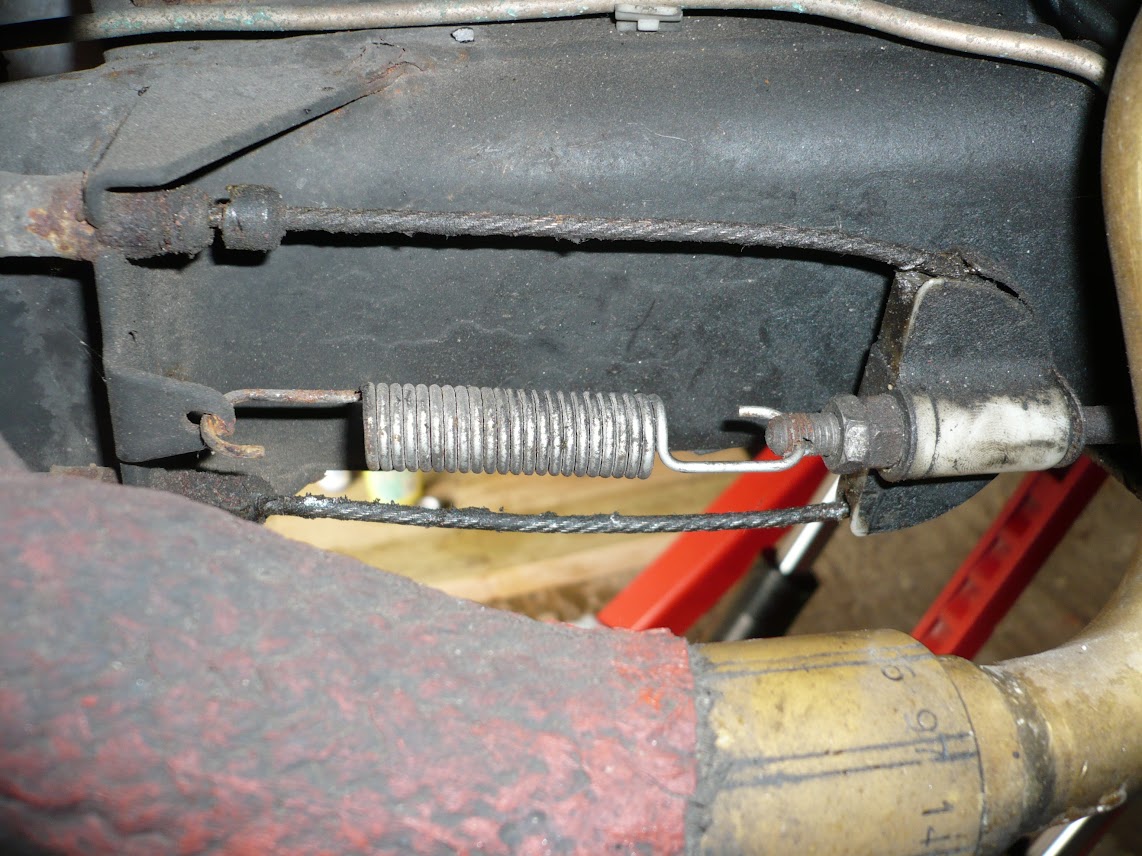 To remove it, pull the spring out (you can slacken off the adjuster first to make it easier if necessary. In the next image I have done just that: 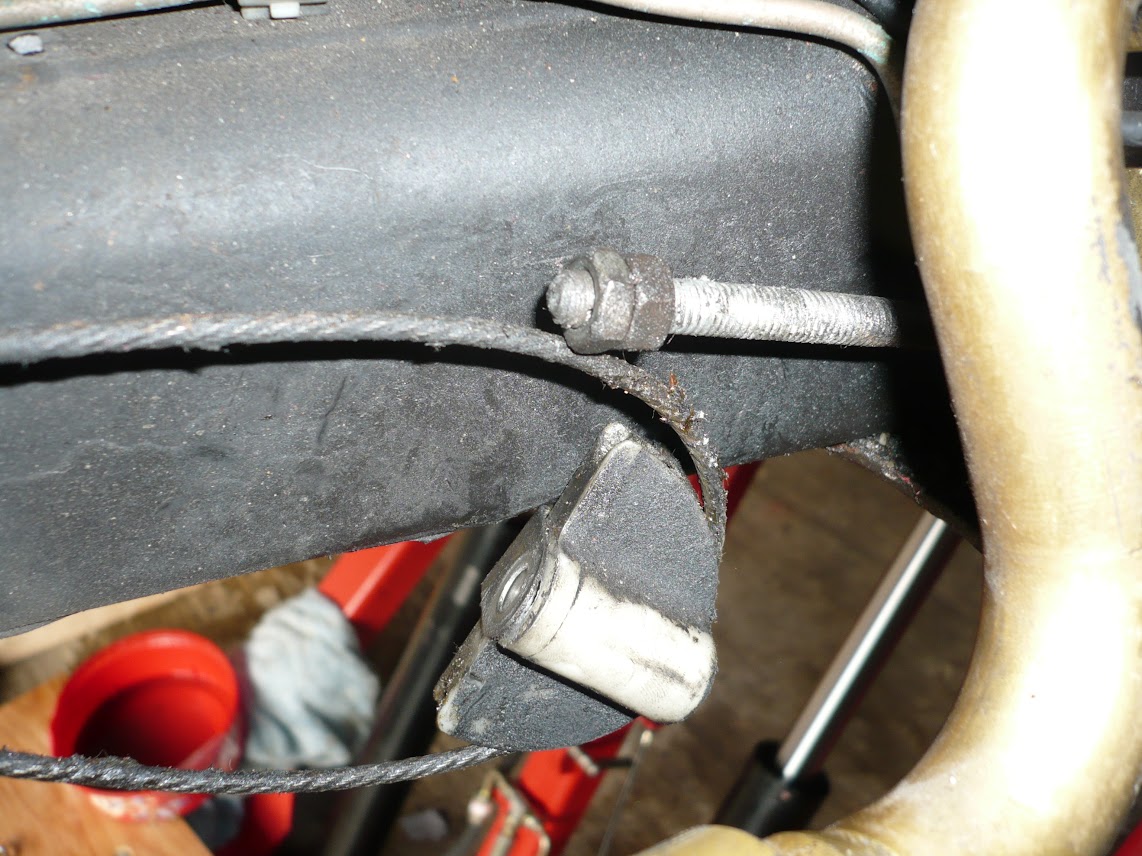 There is another connection block for the other side of the brakes, just behind the handbrake cable mount. It can be seen on the top right of the image below. When just dropping the engine for a service the block can be left on the subframe, and you disconnect the input side of the block, the pipe for which stays on the car. I did that here, but would later remove the block for cleaning: 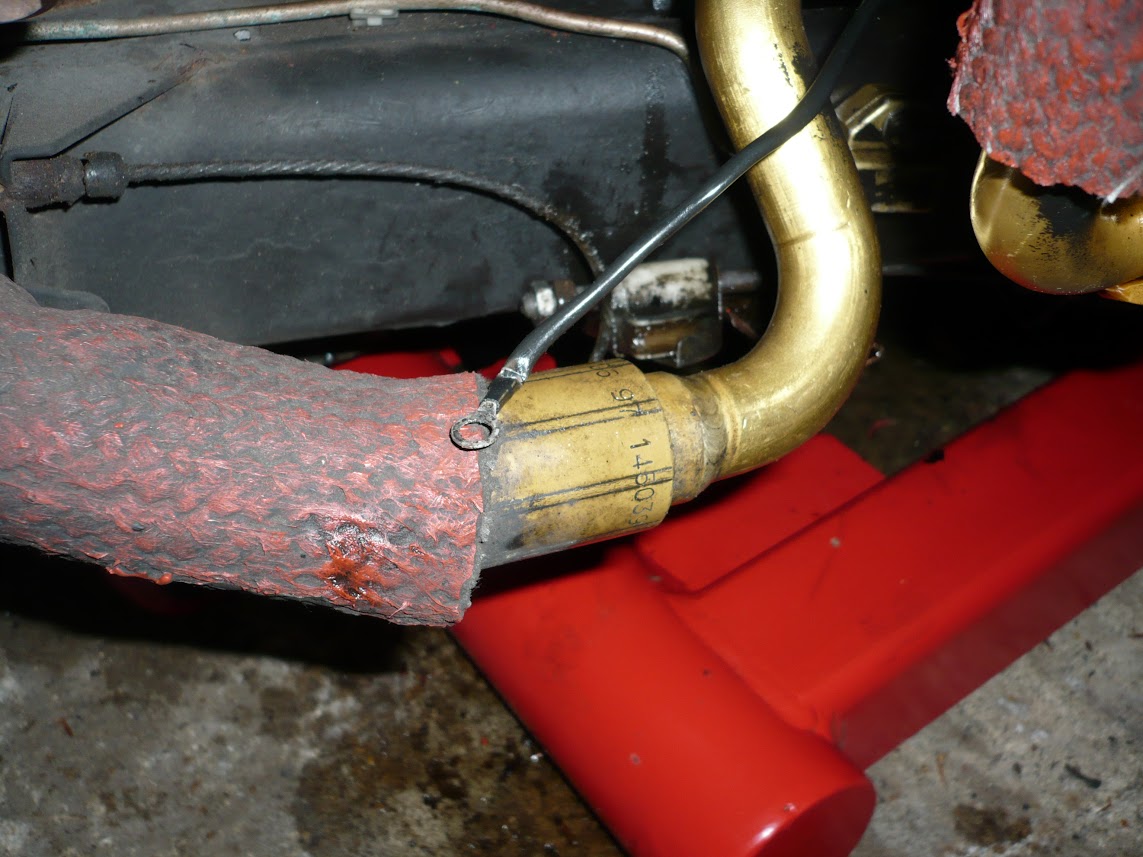