Again this is a relatively simple job. The radiators are located outboard on each side of the car, just in front of the rear wheels. You'll need something to catch all the fluid - here I used a large plastic container sitting on the floor. Luckily the fluid comes out in a nice single stream rather than spraying all over the place. 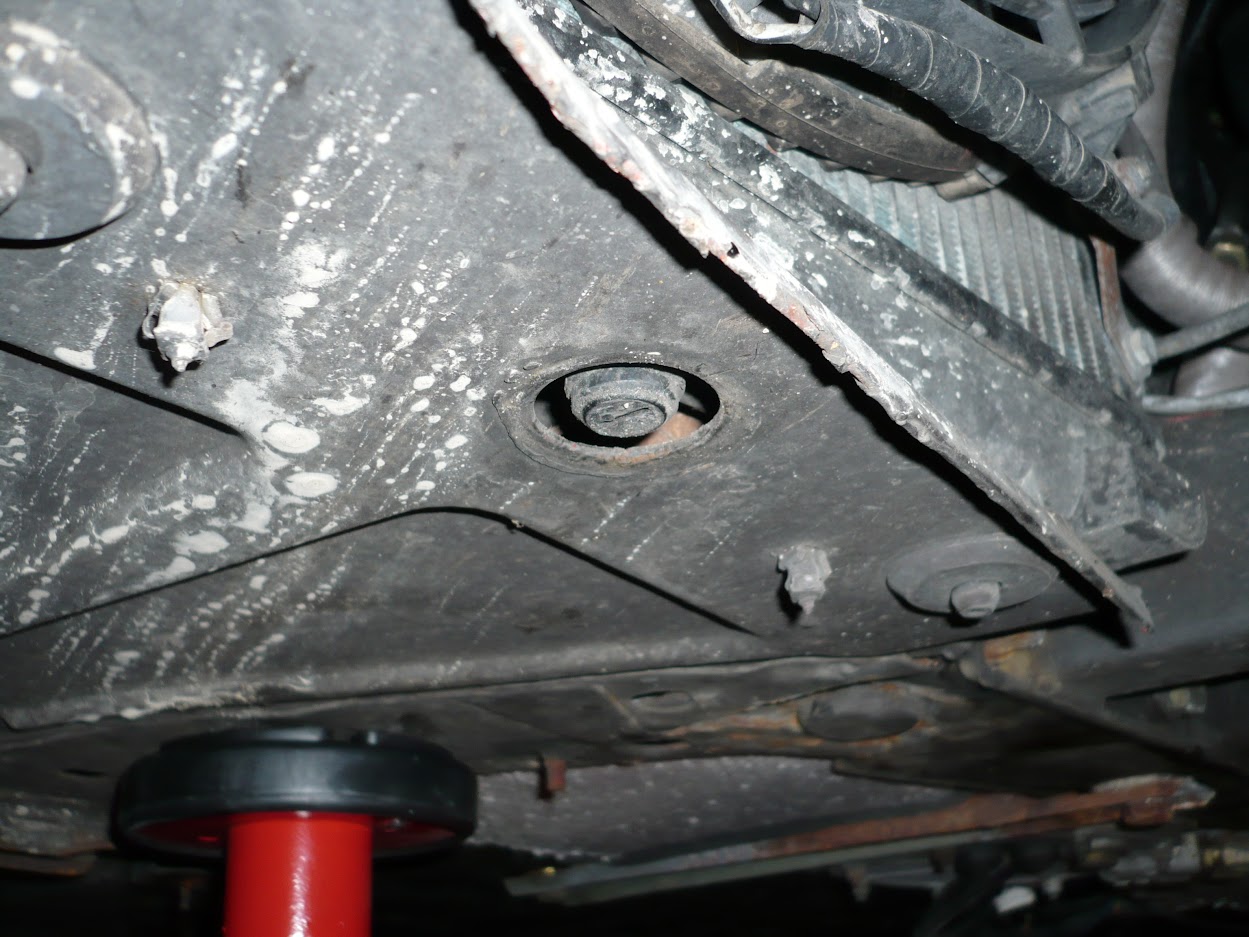 The radiator drain plug is in the centre of the above image. You'll need a large flat-head screwdriver to remove it. Be careful not to lose the rubber o-ring that is on it when you remove the plug. And remove the cap from the coolant header tank to make it easier for the fluid to come out. It's recommended to replace the o-ring but the ones on mine were in good condition so I didn't bother. 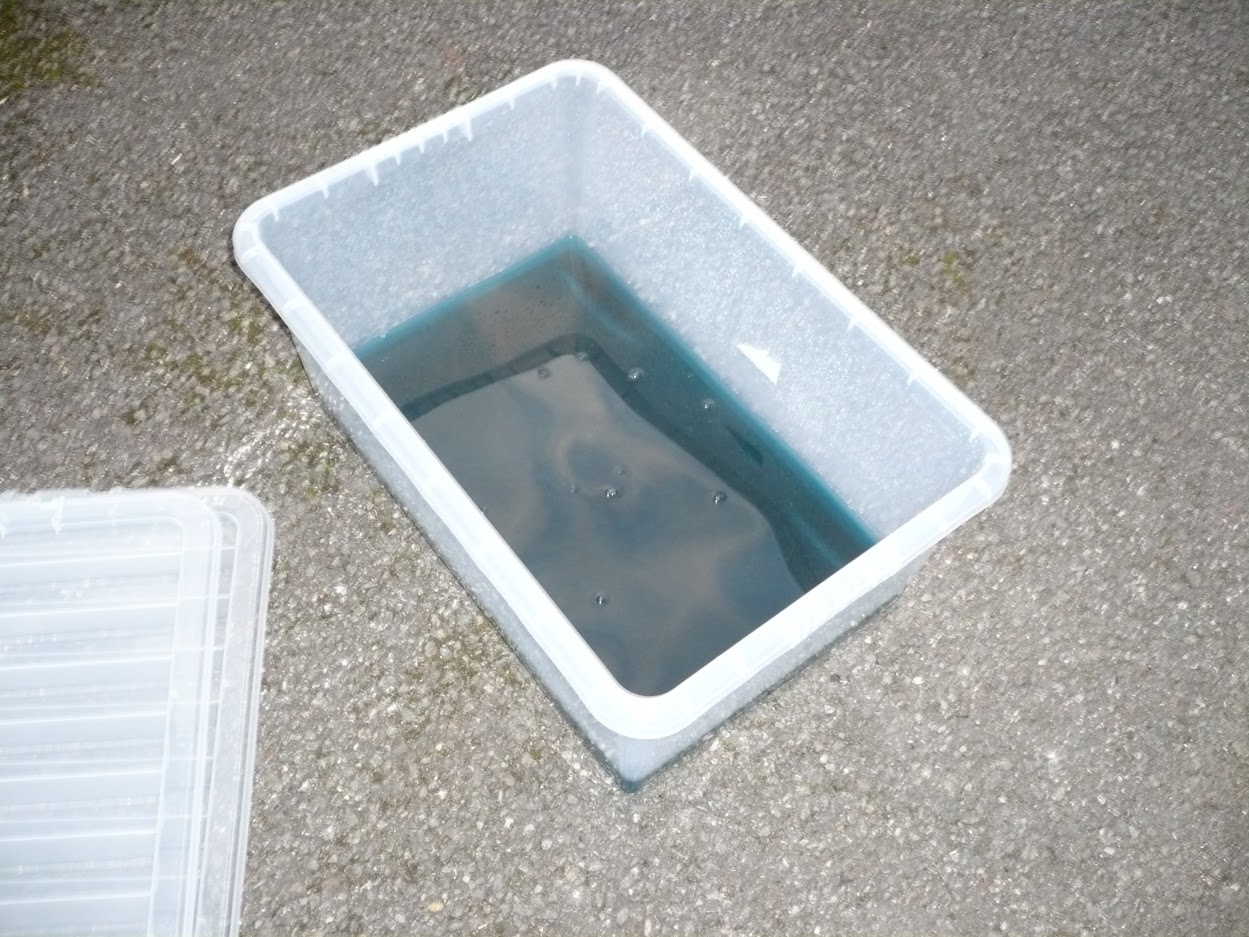 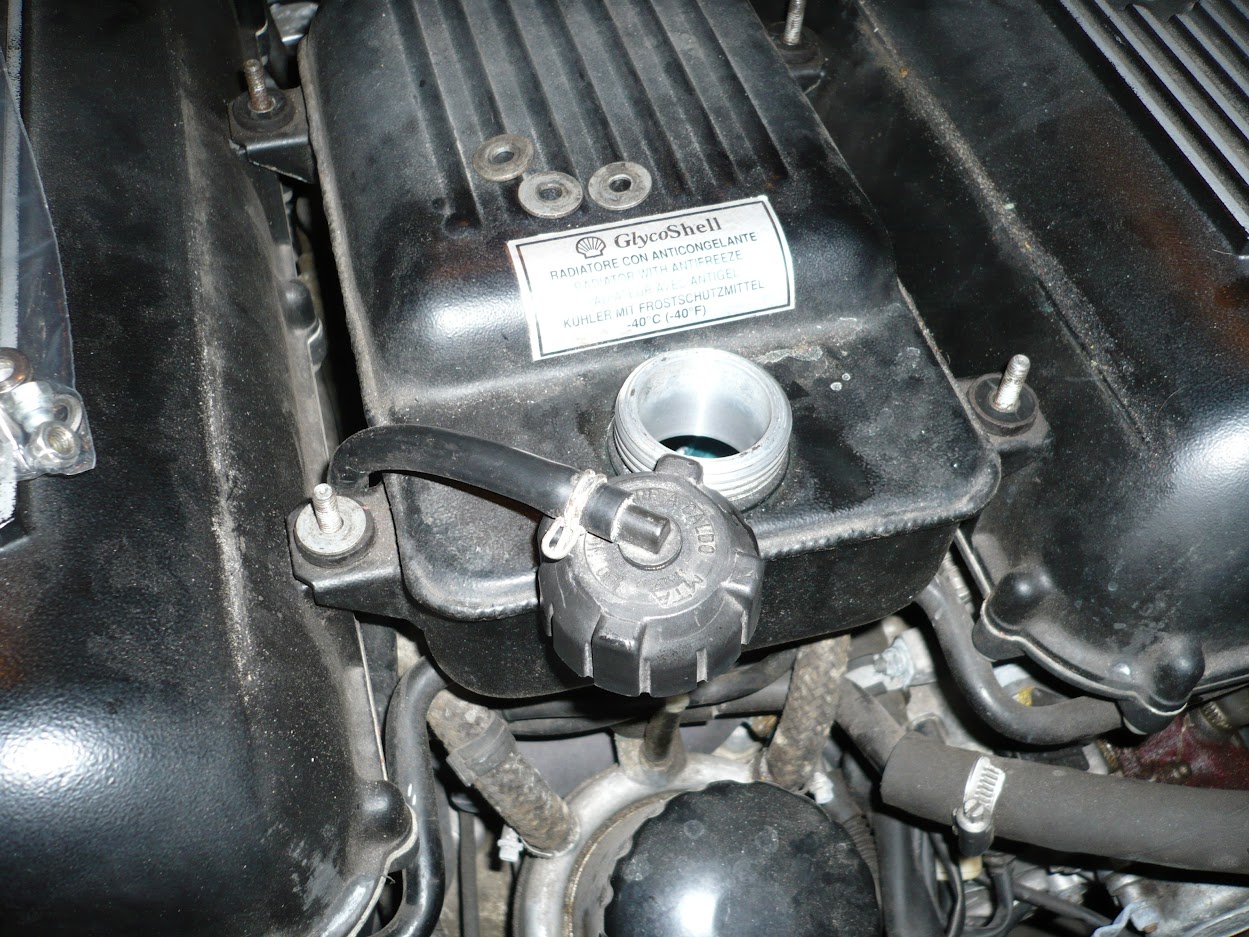 Once you've drained the coolant from both the left and right hand radiators, then you can remove the header tank. Be prepared for spillage here - it can't be helped and it'll all be cleaned up anyway. At least coolant isn't corrosive!

There's a plastic surround on the header tank which I think I took off a bit earlier in the process. Once this is off the tank just lifts up and there are several connections to remove (two large and one small). The header cap stays in place - it's on a pipe which just exits at the bottom of the engine and is just an overflow. It can be left in place depending on what you plan to do but if you remove it just check how the pipe is routed so that you get it back in the right place. It's only an overflow pipe so not critical anyway, but if it does overflow then it's best that the fluid lands on the ground and not, say, all over the diff output or something. 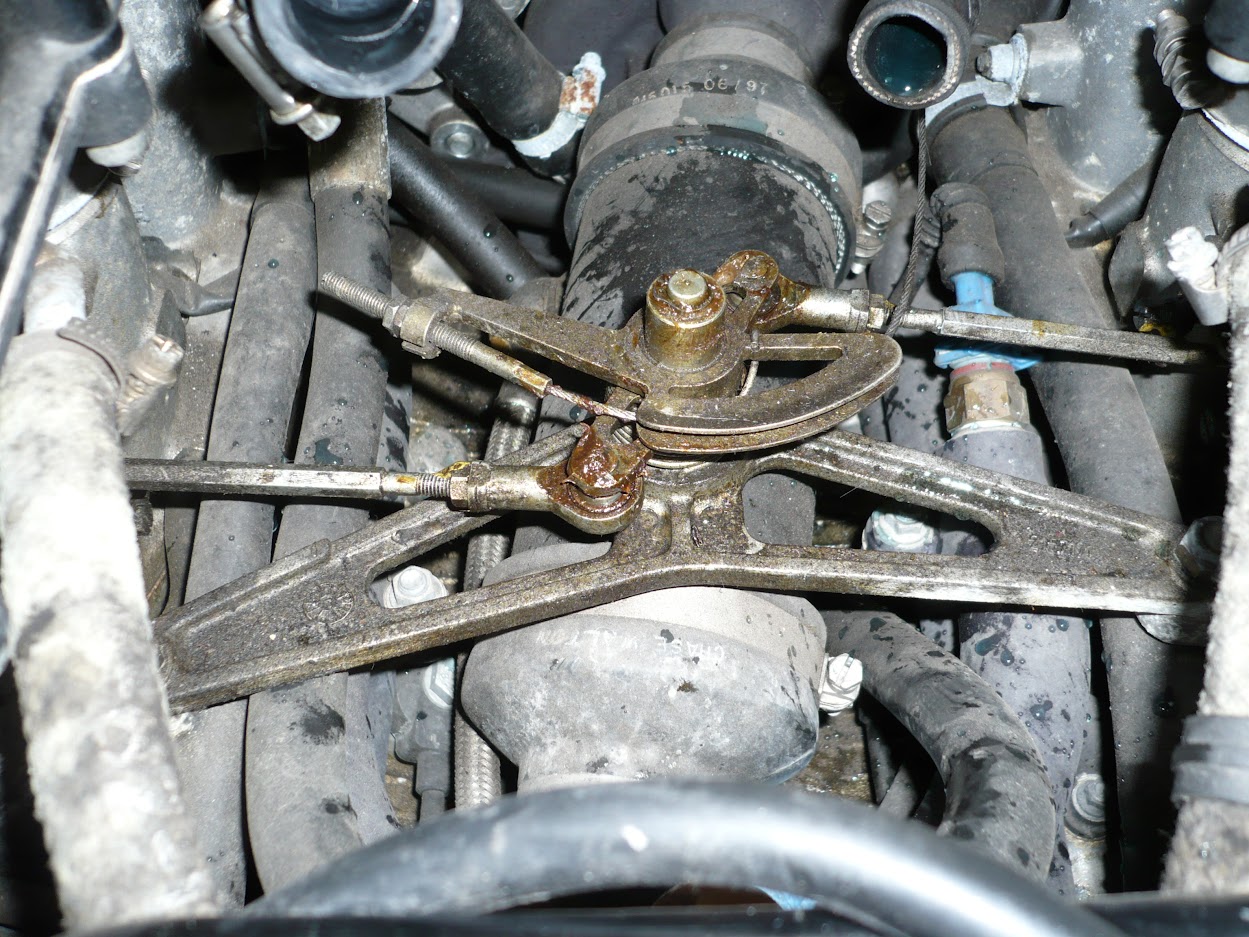 As you can see in the above image, the throttle connection is in a bit of a mess. Below is a final shot of the engine bay with the header tank removed. 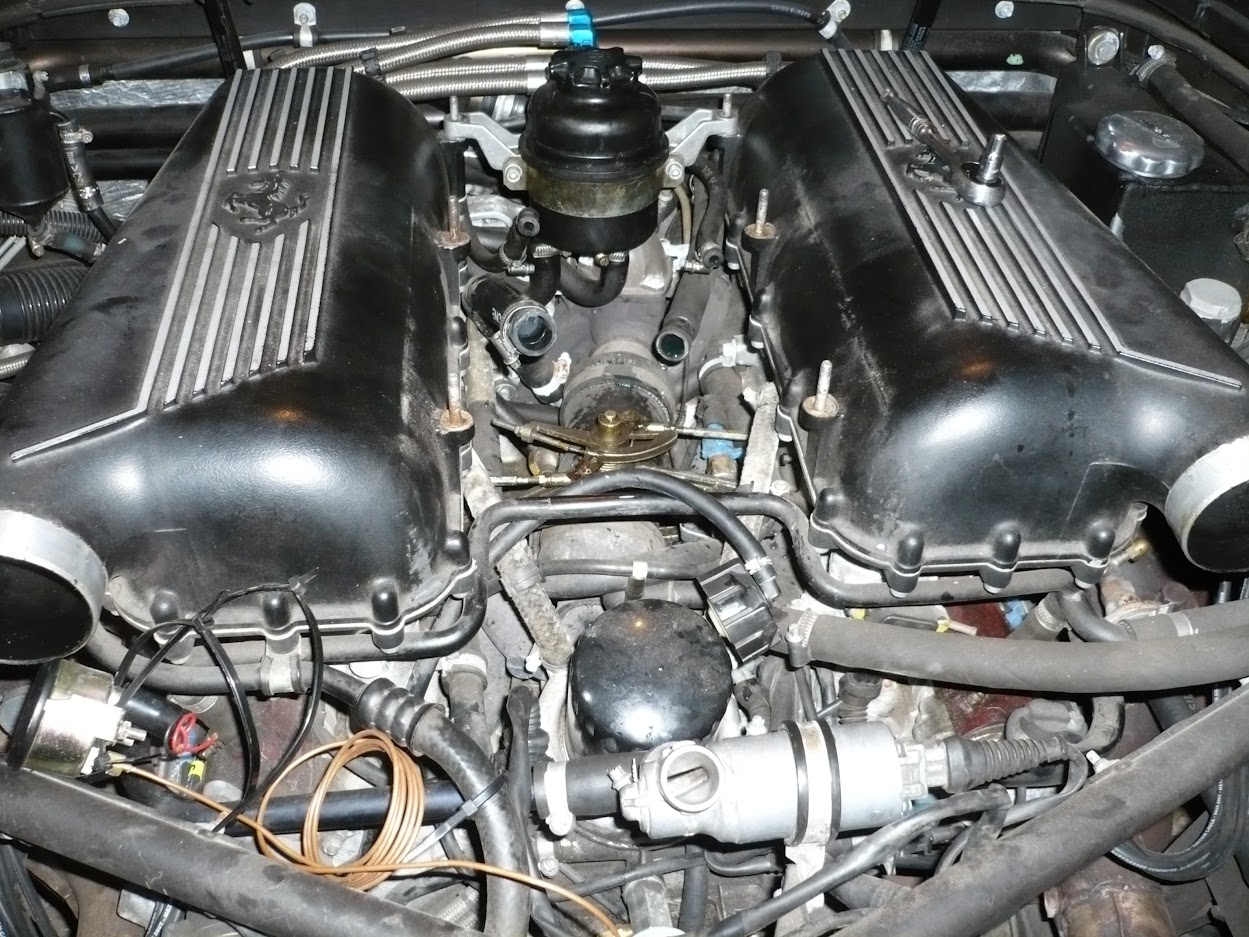 The final step here is to disconnect the throttle cable. Here I slipped it around the right hand engine cover hinge. The sleeve is mounted at the front of the engine near the right hand plenum under one of the thermostat fixing bolts so you must make sure you remove it from there as well. Remove the E-clip (it will probably ping across the room) and then the sleeve can be removed. There's no need to undo the thermostat bolt at this point. You can just see this mount on the picture below, in the bottom left corner. It's the white thing just above the brown coloured thermostat. It's white because of corrosion - I had it re-plated along with a load of other stuff later on in the process. 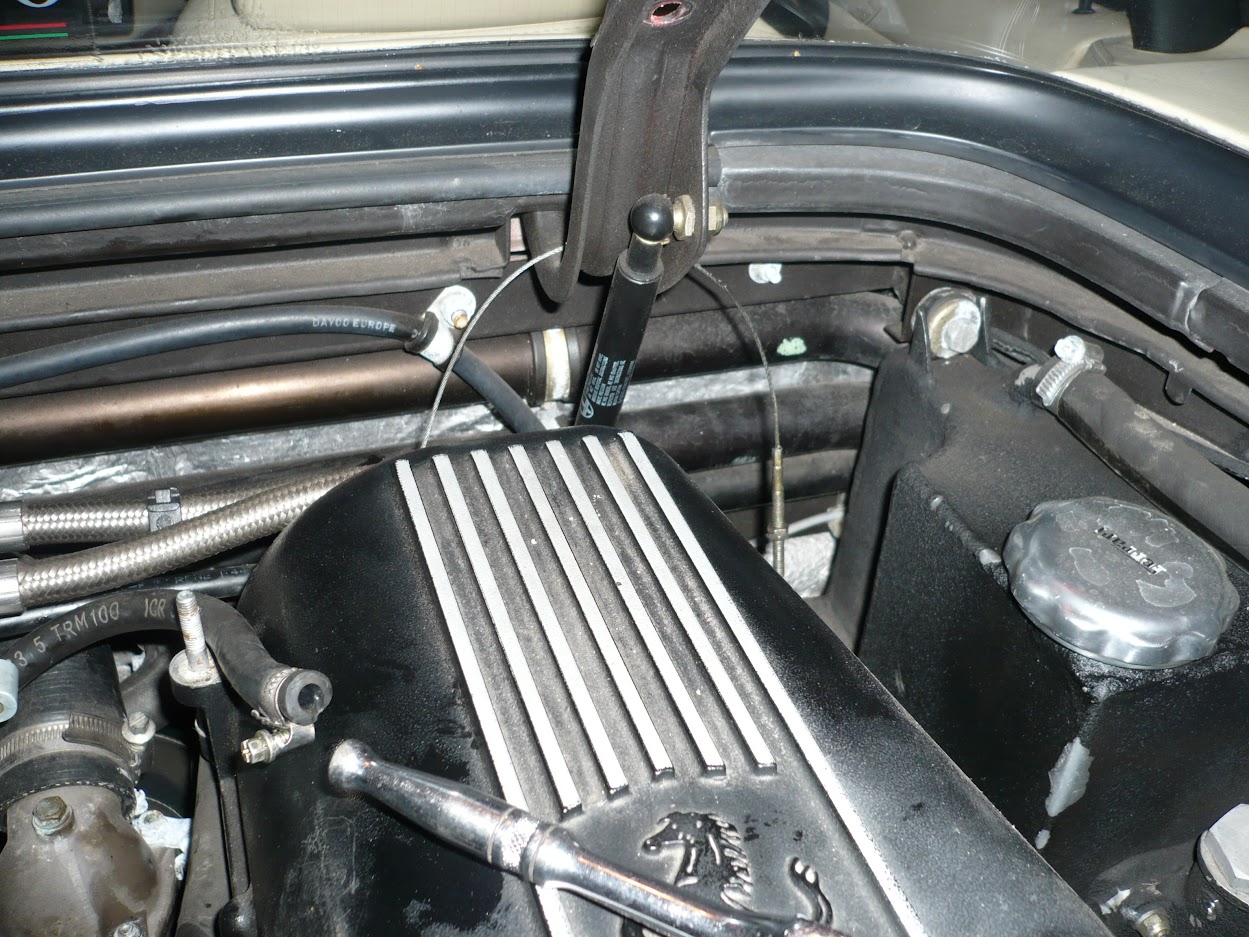