So this is a big step. I was going to put the engine and subframe back in the car!

The first thing I did was so feed some string through the bulkhead above the fuel tank. This would be used to help the ECU cables pull through later. As there are three connectors, I fed through three pieces of string; 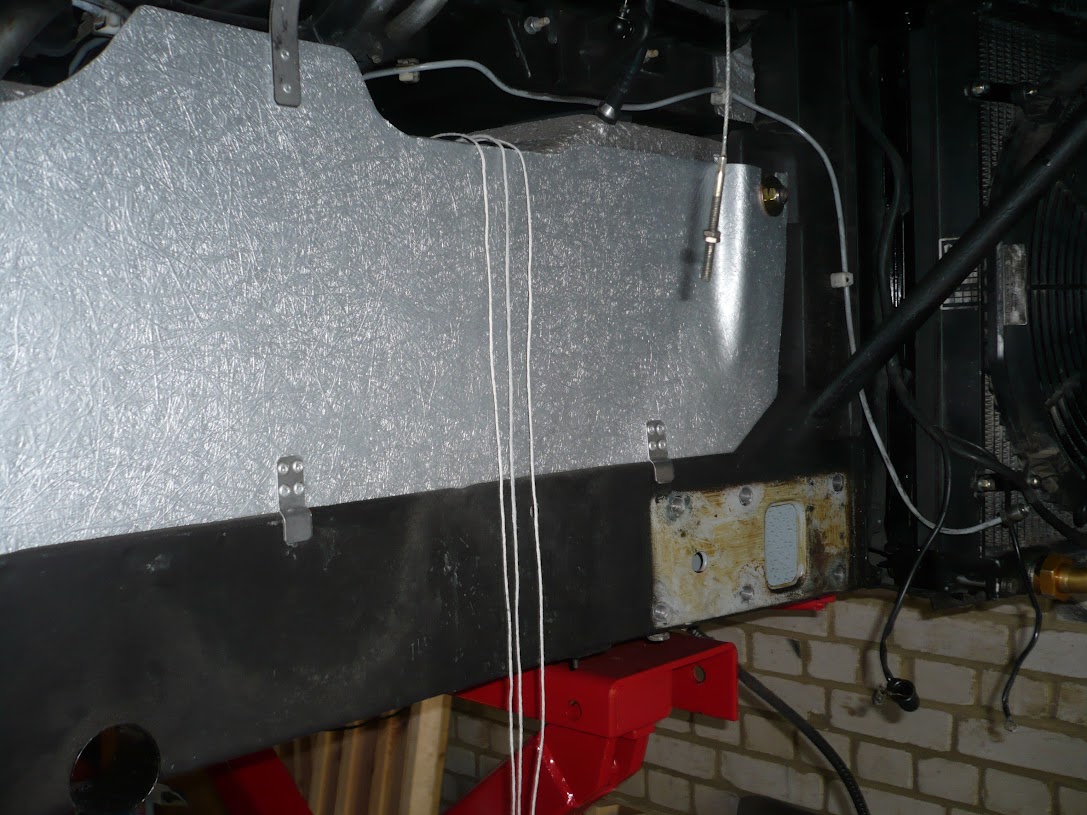 Next I tied back the oil tank so that it would clear the diagonal chassis rail (visible in the picture above incidentally); 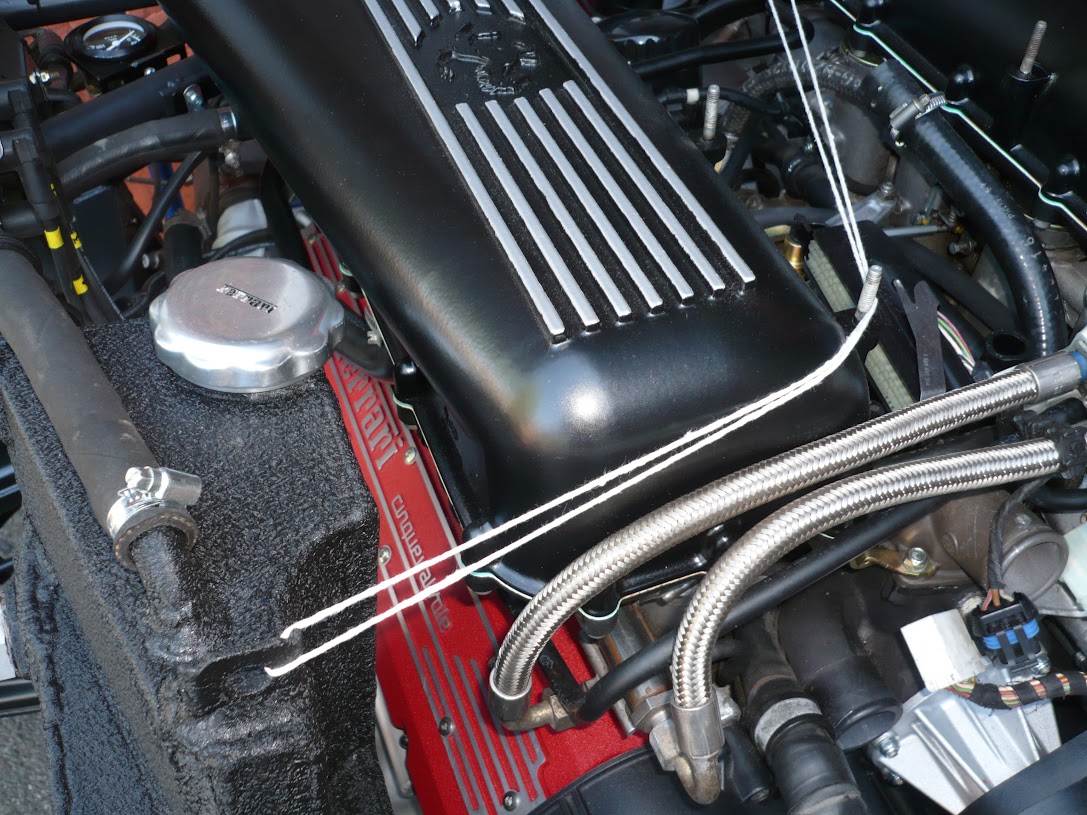 And made sure the oil tank was sat on its locator, as this would be harder to achieve once the engine went in to the car; 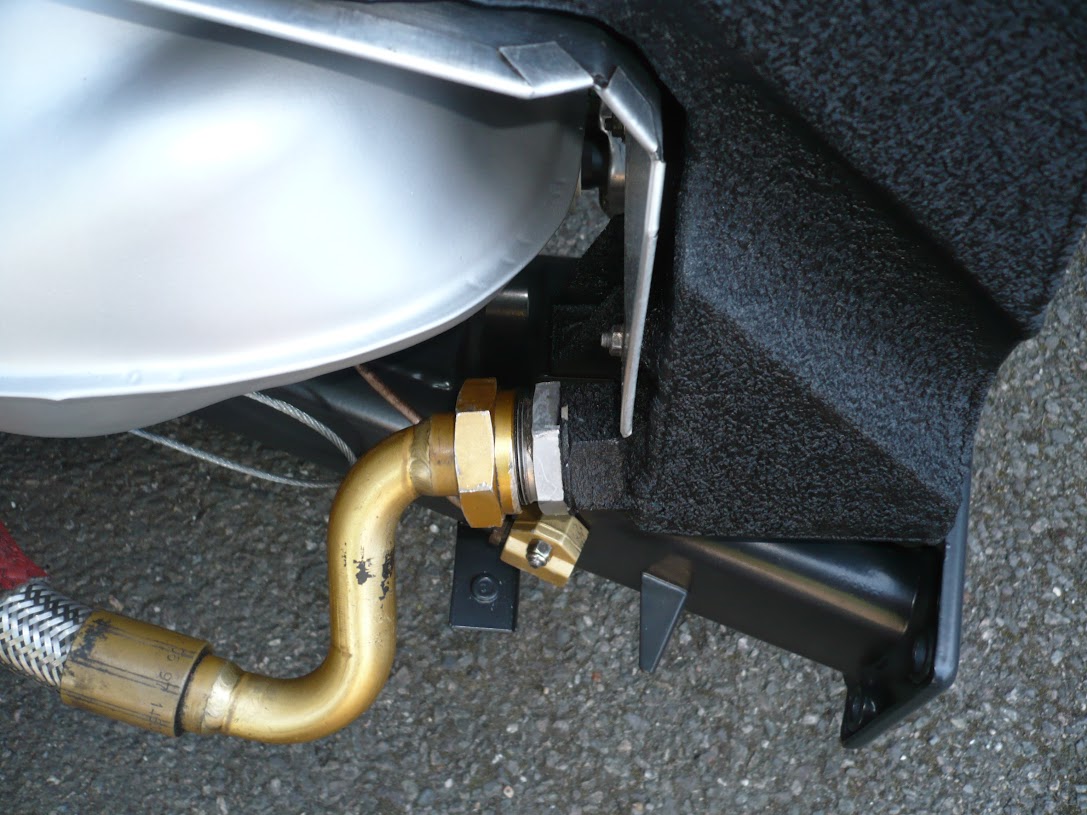 A couple of other jobs were done on the car whilst the engine was still out. First, I cleaned up the handbrake pull; 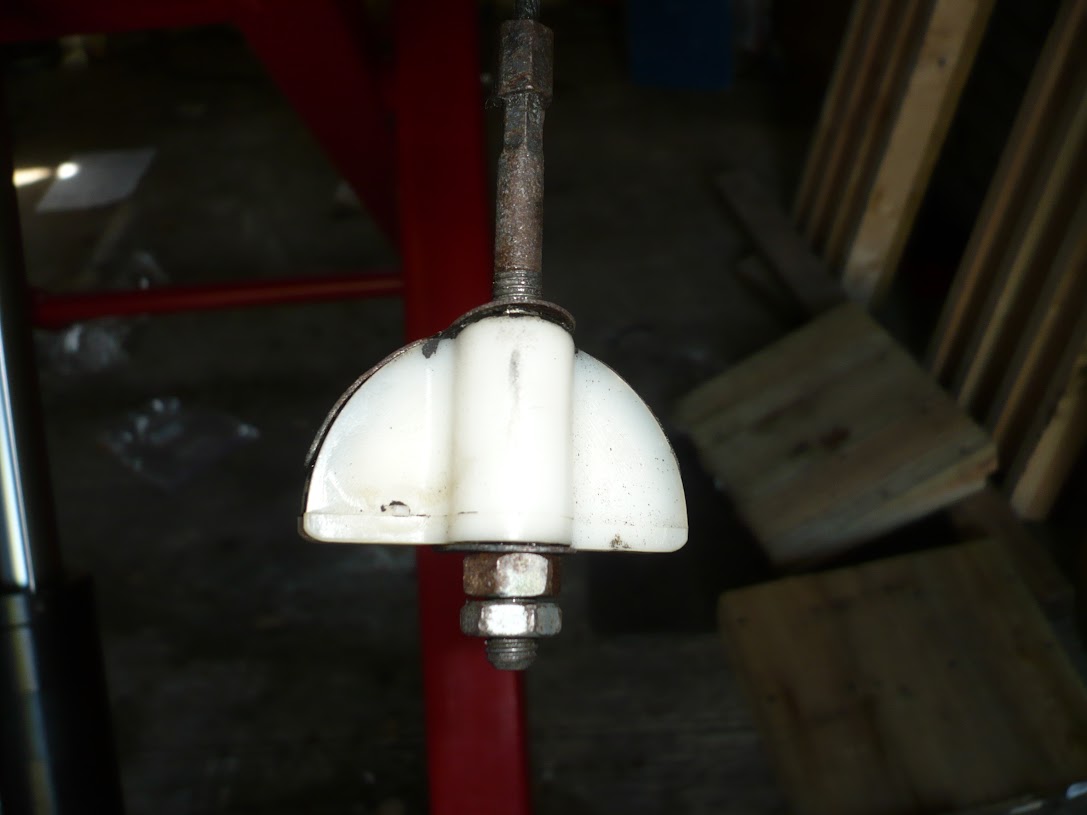 And removed and replaced a broken clip which holds the cable on further back on the underside, just forward of the radiators; 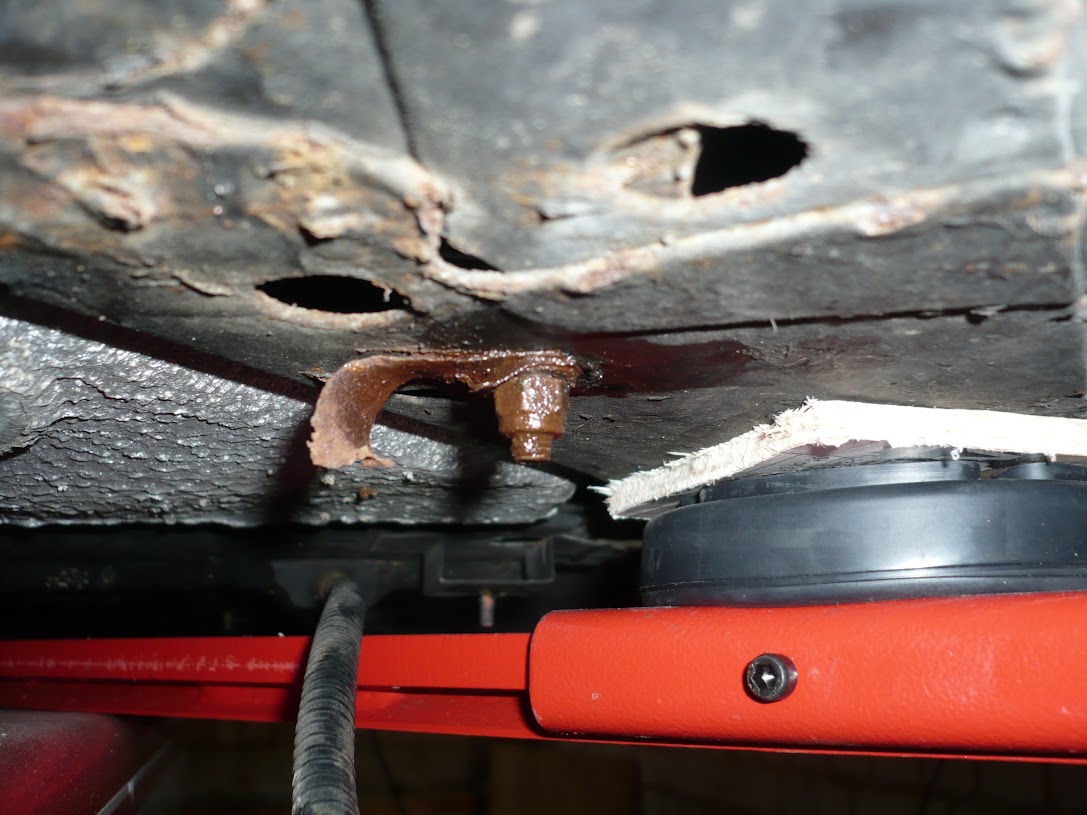 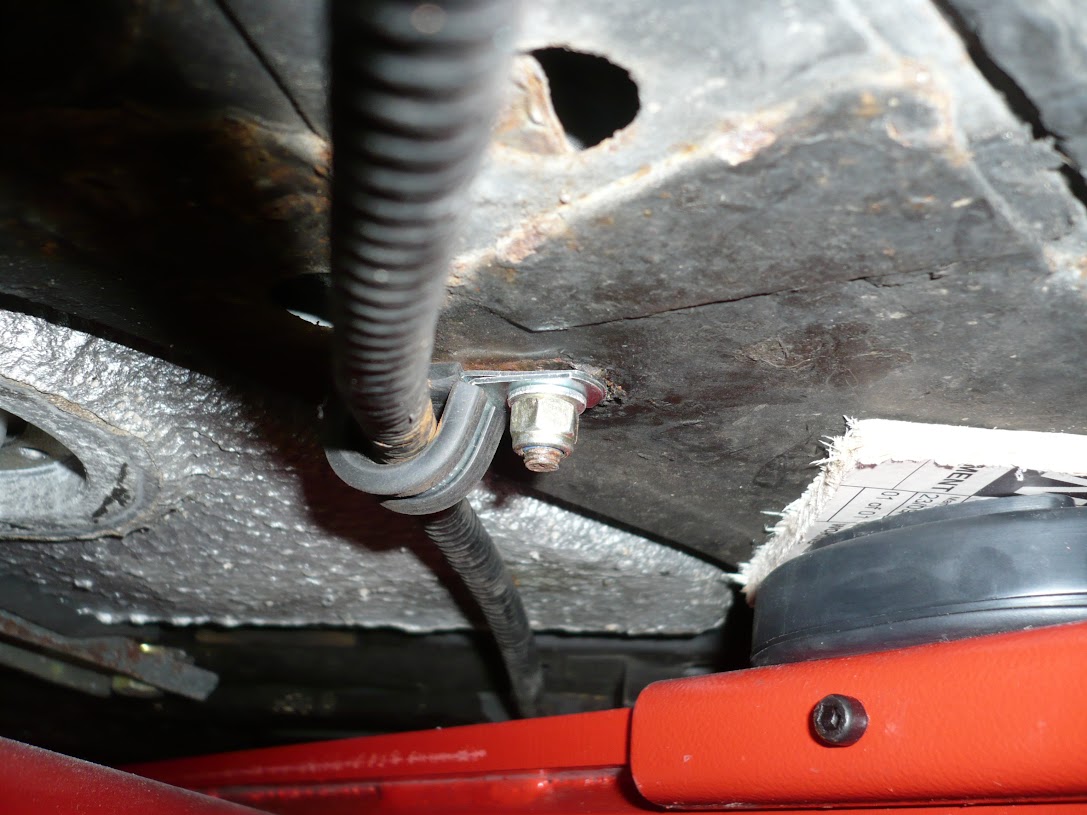 Next I made sure that the lambdas were connected up, with the cables running correctly so that they did not get squashed when the subframe met the chassis again; 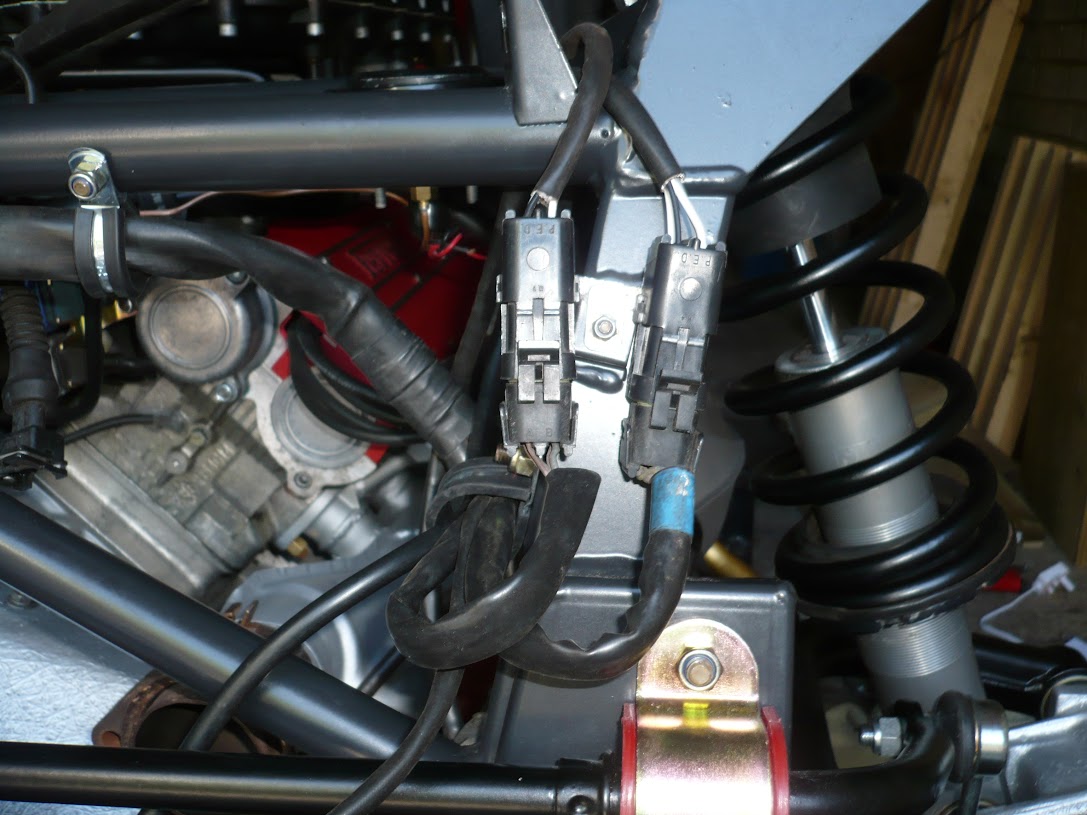 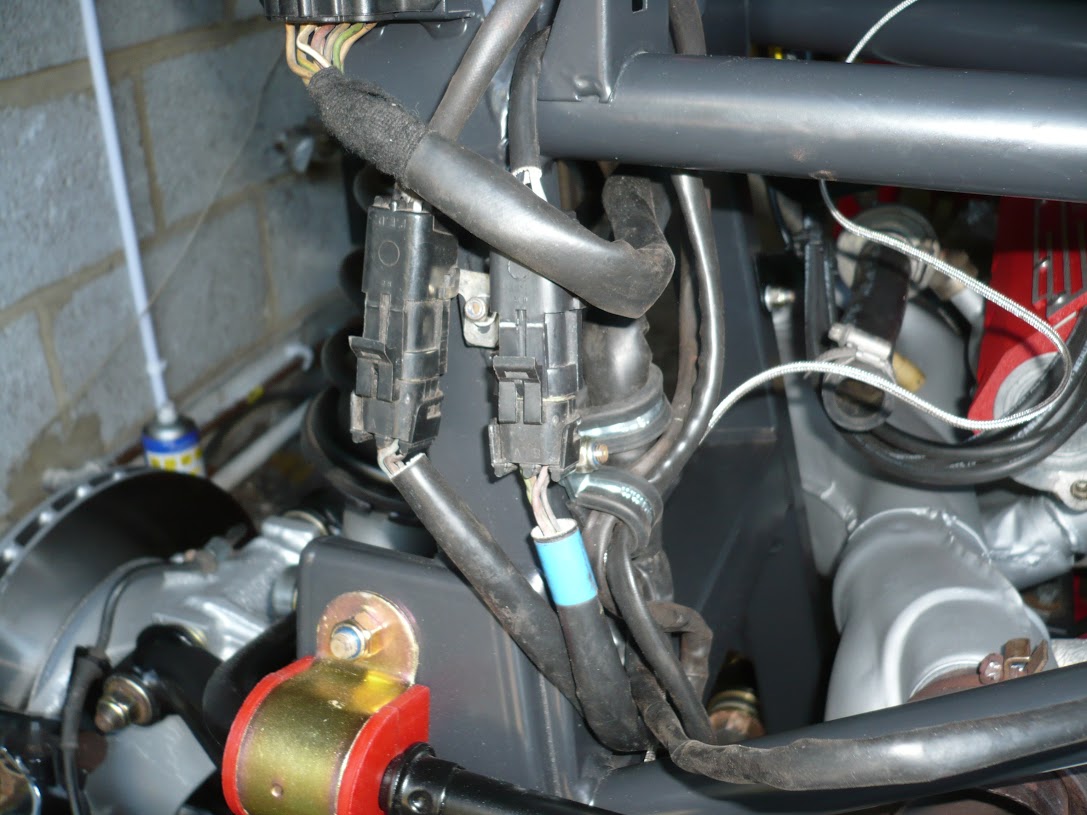 I also took some time to add some heat protection to the subframe around where the catalytic converters are situated; 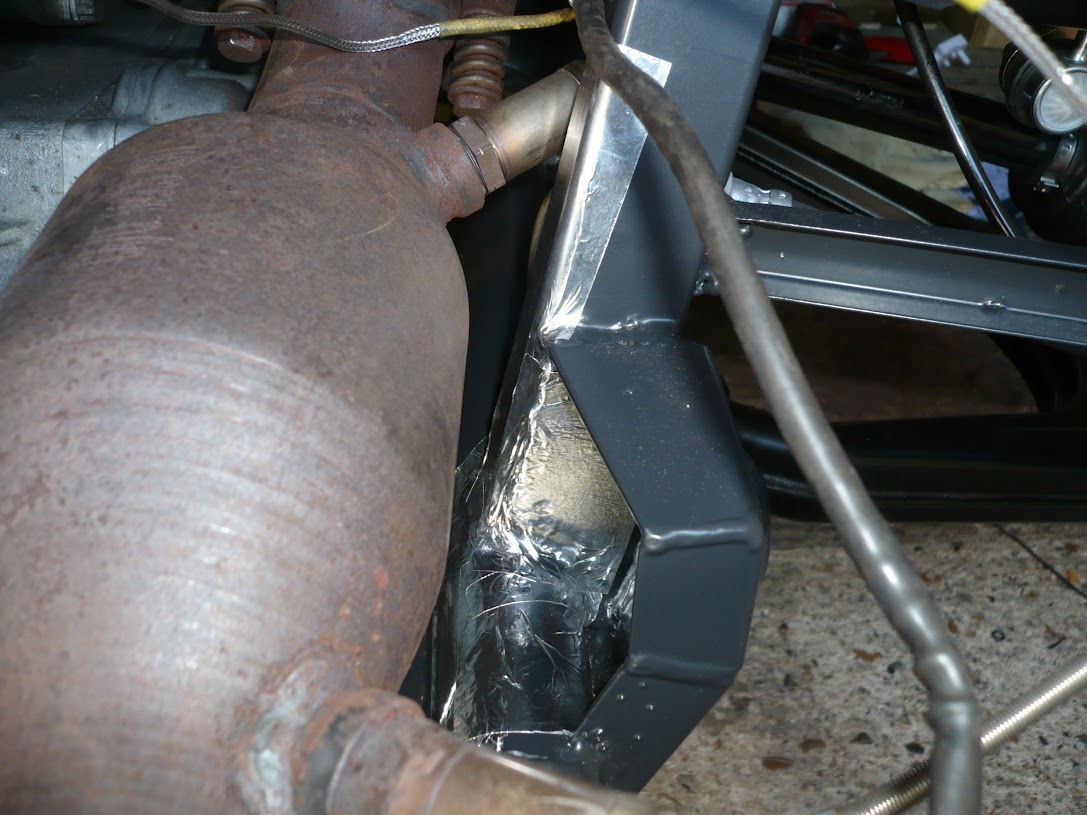 The last preparation is to add the exhaust Y-pipe back onto the top of the engine. It is connected to the upper exhaust manifold outputs but only loosely since I need movement to get the exhaust bypass valve reconnected. Obviously the Jiffy bag is just stopping the clutch cover from getting scratched; 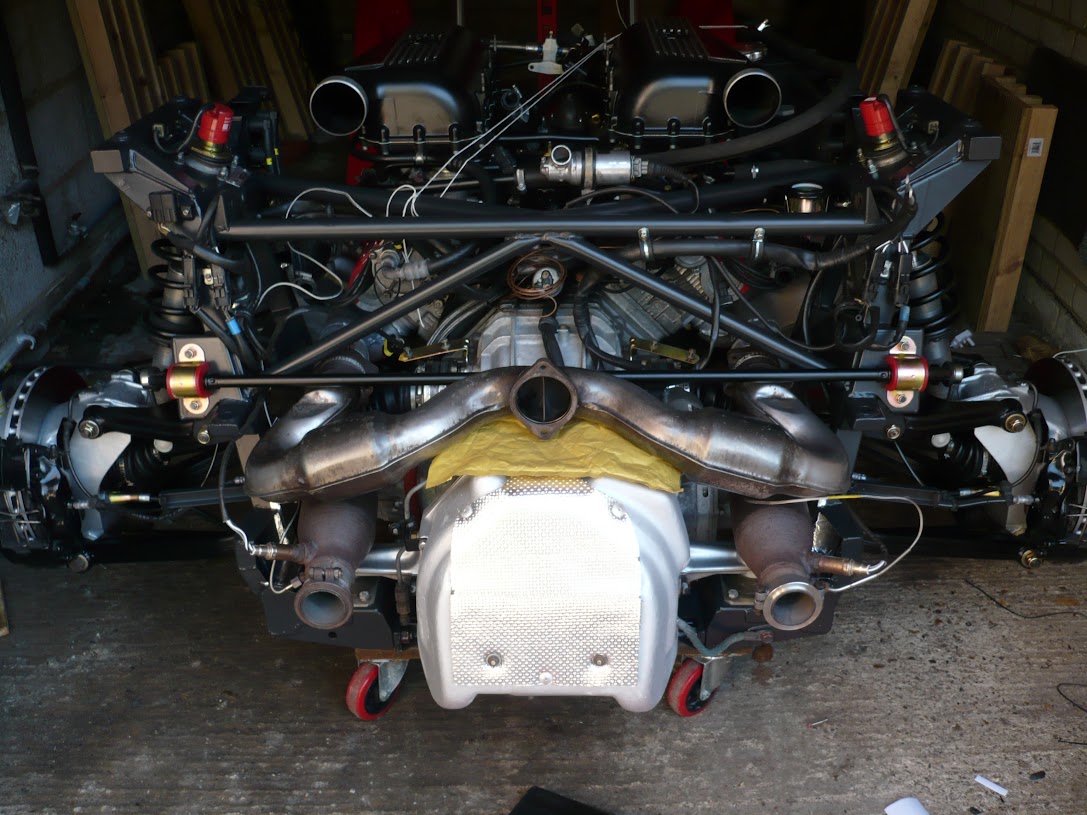 So the engine is now in position ready for the car to drop over it. Down it comes, bit by bit. The lift I have offers very good control for lowering - there's a valve you're opening with a lever, and that lever can be moved very slightly letting only a very small amount of hydraulic fluid out of the cylinder. This can translate to a movement of a couple of mm. At the opposite end of the scale it'll come down quite quickly if you pull the lever all the way; 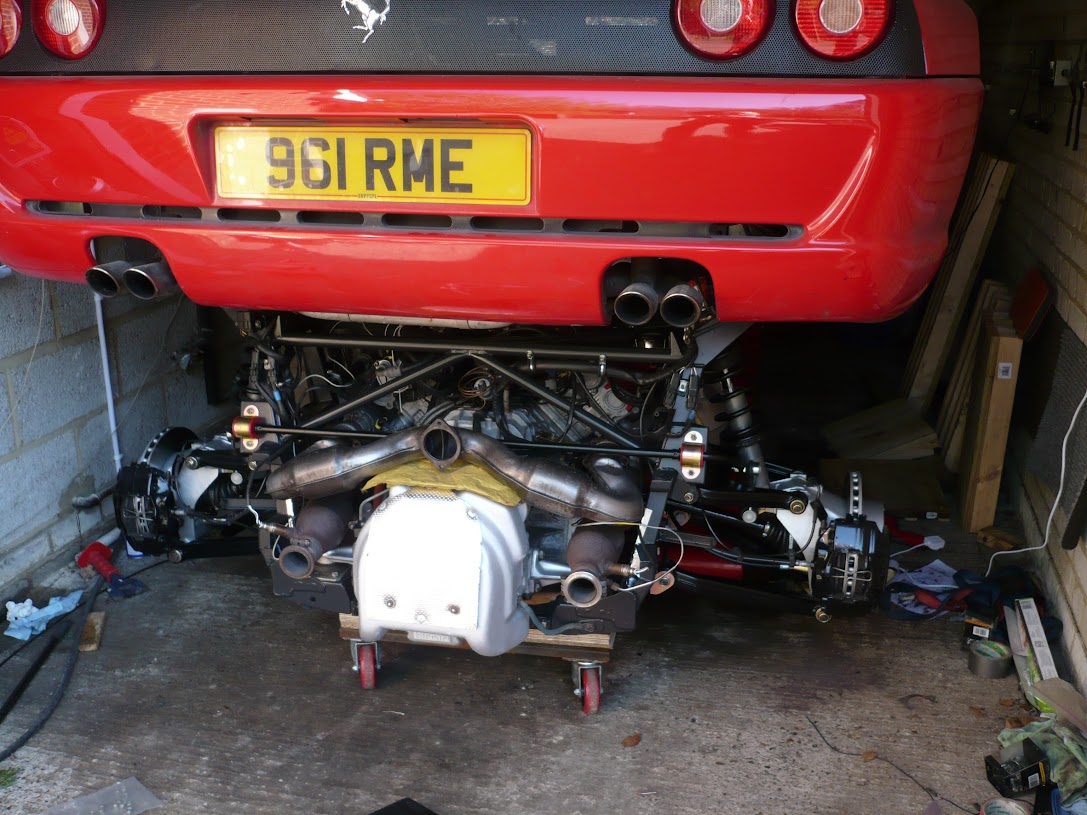 During the lowering process I had to make sure that nothing would get caught and that the ECU cables went in properly. Here you can see I've got the string tied to the cables and they are pulled upwards above the engine so that as the car comes down they can be fed across the top of the fuel tank and into cabin; 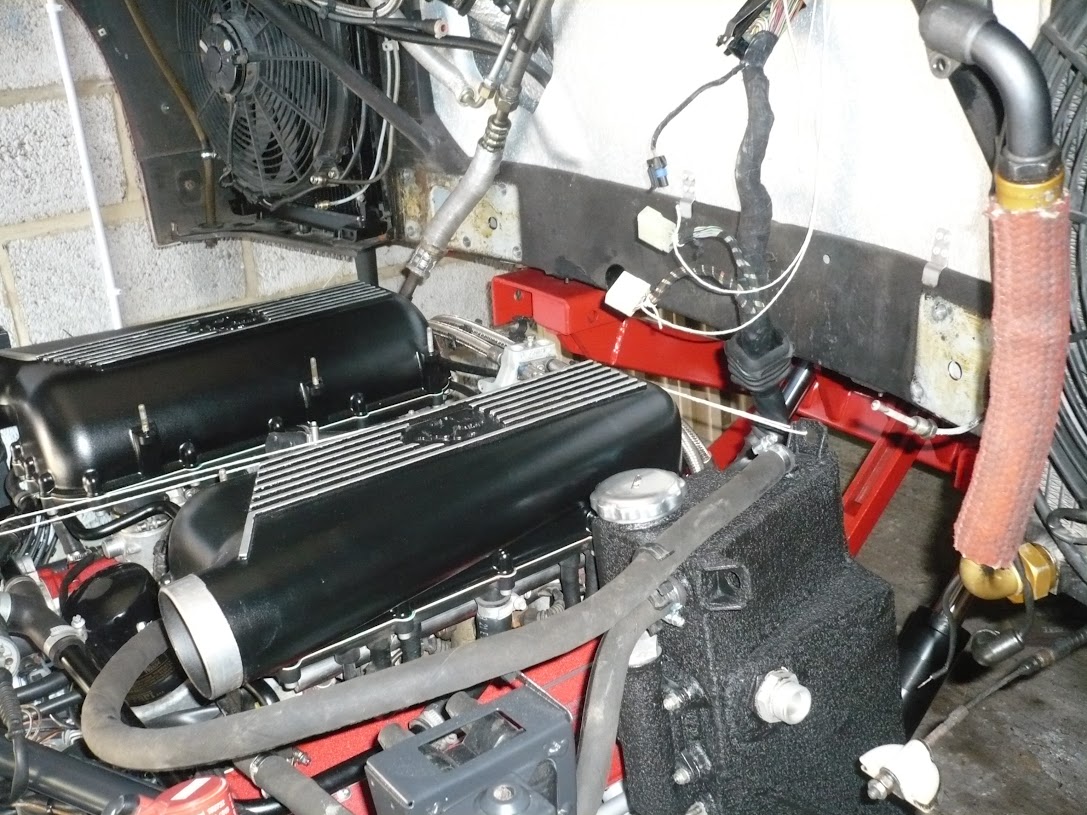 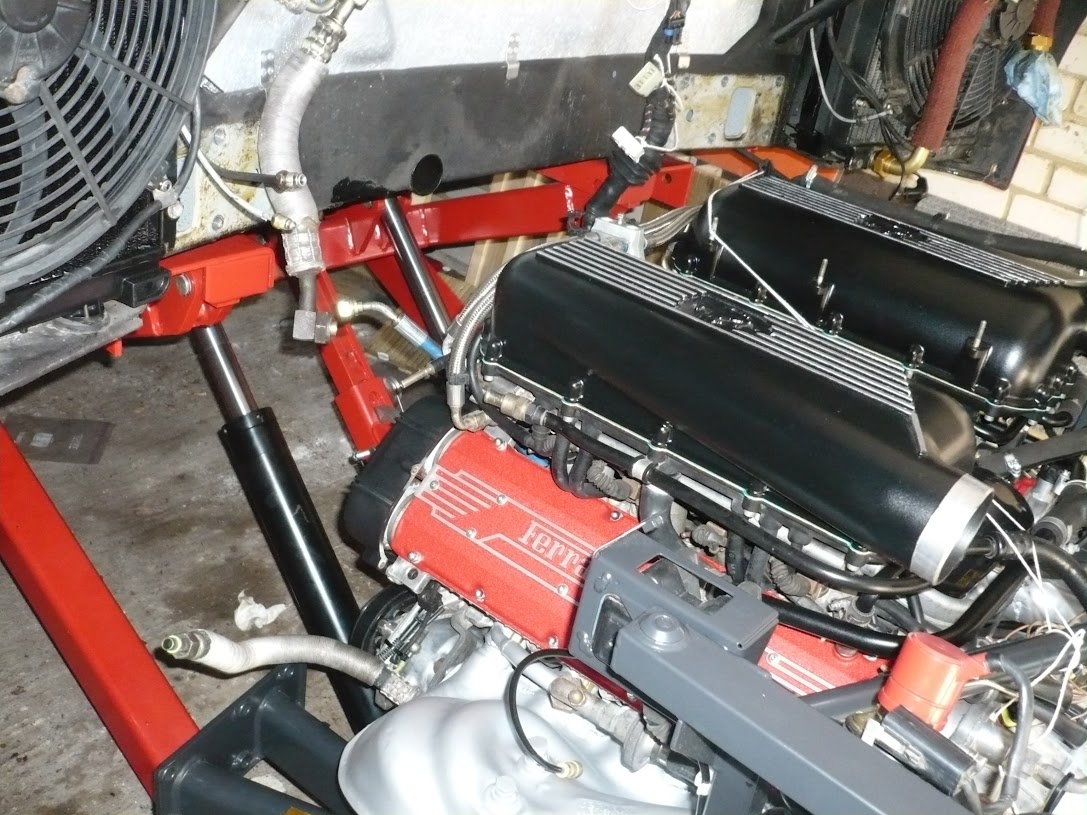 As the car comes down, it 's just a case of making sure that the engine is in the correct place so that it meets the subframe at the bottom where the 12 mounting holes are and also at the top where the cones are that locate the upper fixing (one of which you can just see in the lower middle of the image above). Here the car is now resting back on the engine subframe, and the whole of the weight of the car is back on the engine cradle. 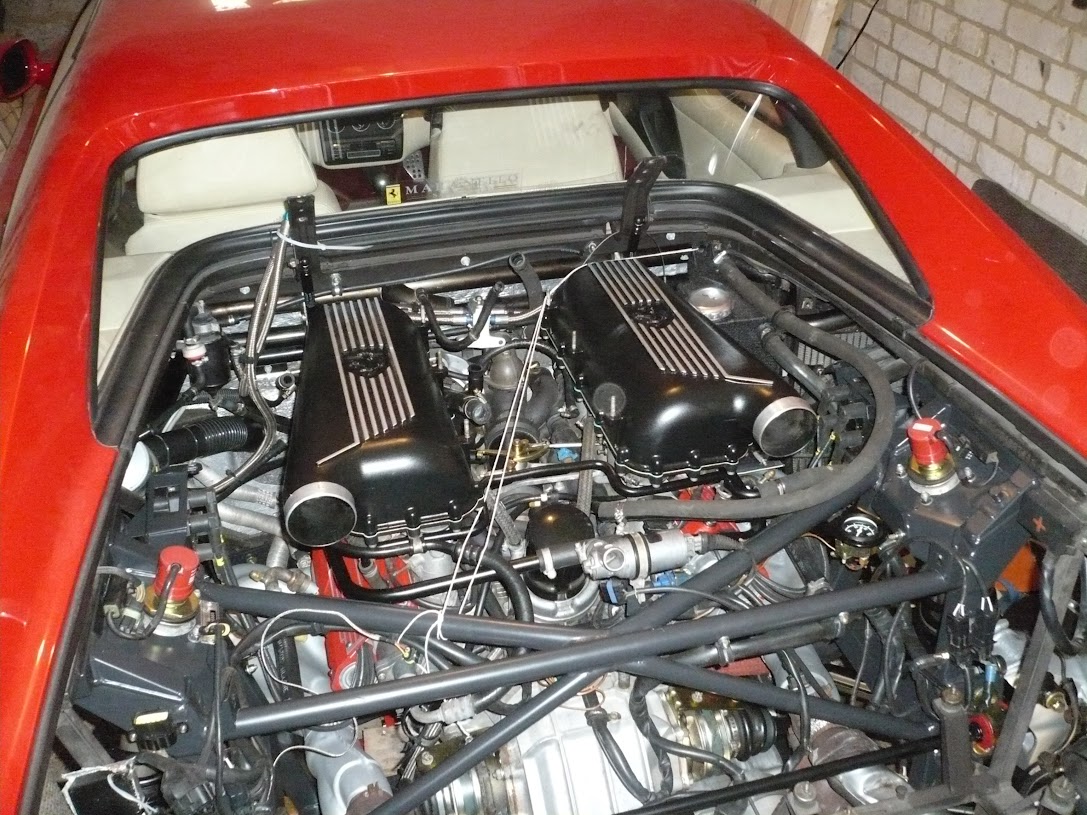 Below you can see how with all of the cables routed correctly you can drop the engine and reinstall it without having to disconnect the lambda sensors; 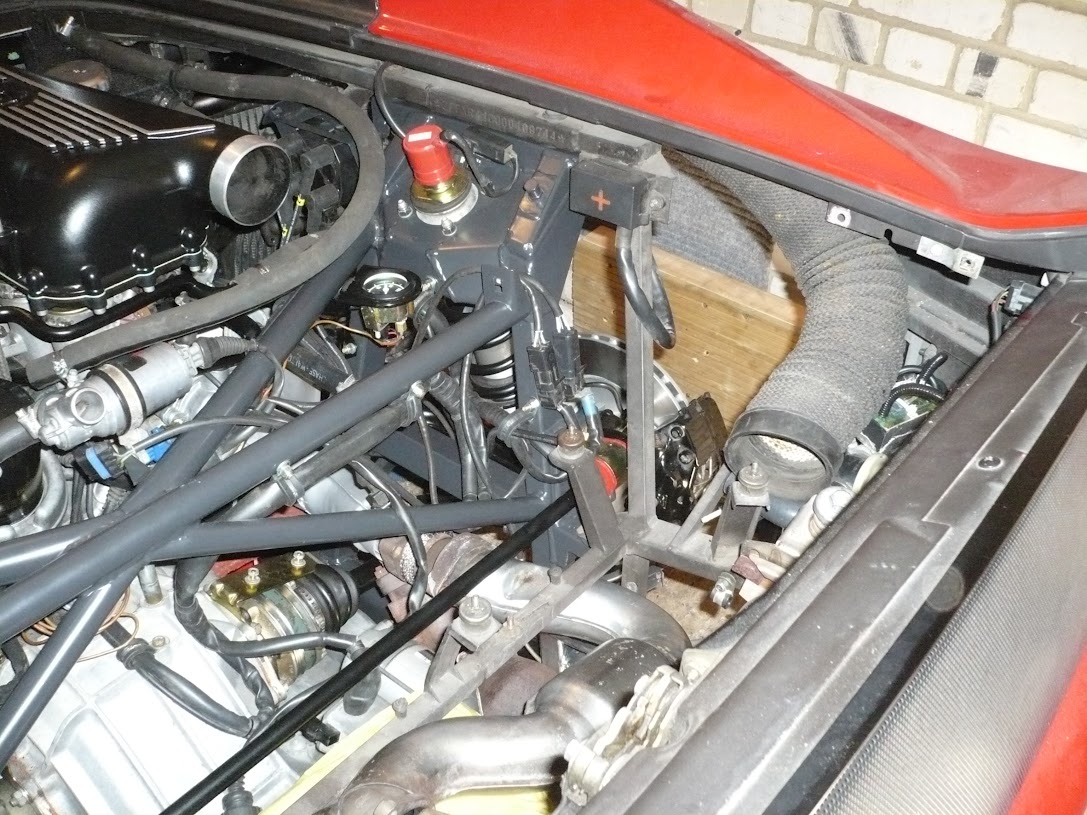 I then set about refitting all of the bolts. This was relatively painless and much quicker than removing them because I now knew that I could put them all back except the 2 front ones near the oil tank, then raise the car into the air to fit the last 2 front ones. With that done the engine subframe is reattached, and now it's a case of remaking all of the various connections.