The idle air valve bolts on to the engine subframe, so can be reinstalled now ahead of the subframe going back into the car. First the two pipes that were powder coated were reattached to their rubber counterparts, and then fastened back onto the plenum. There's one for each bank obviously; 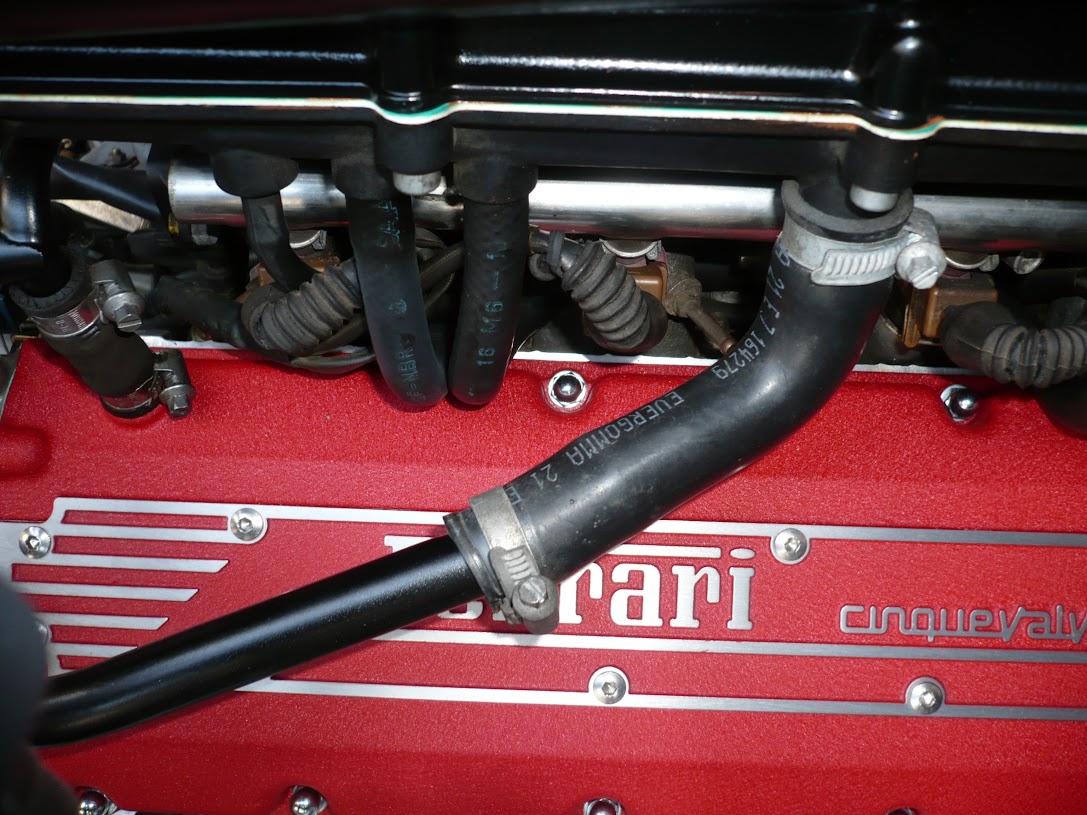 The two pipes meet in the middle where they are joined via a Y-pipe to the idle air valve; 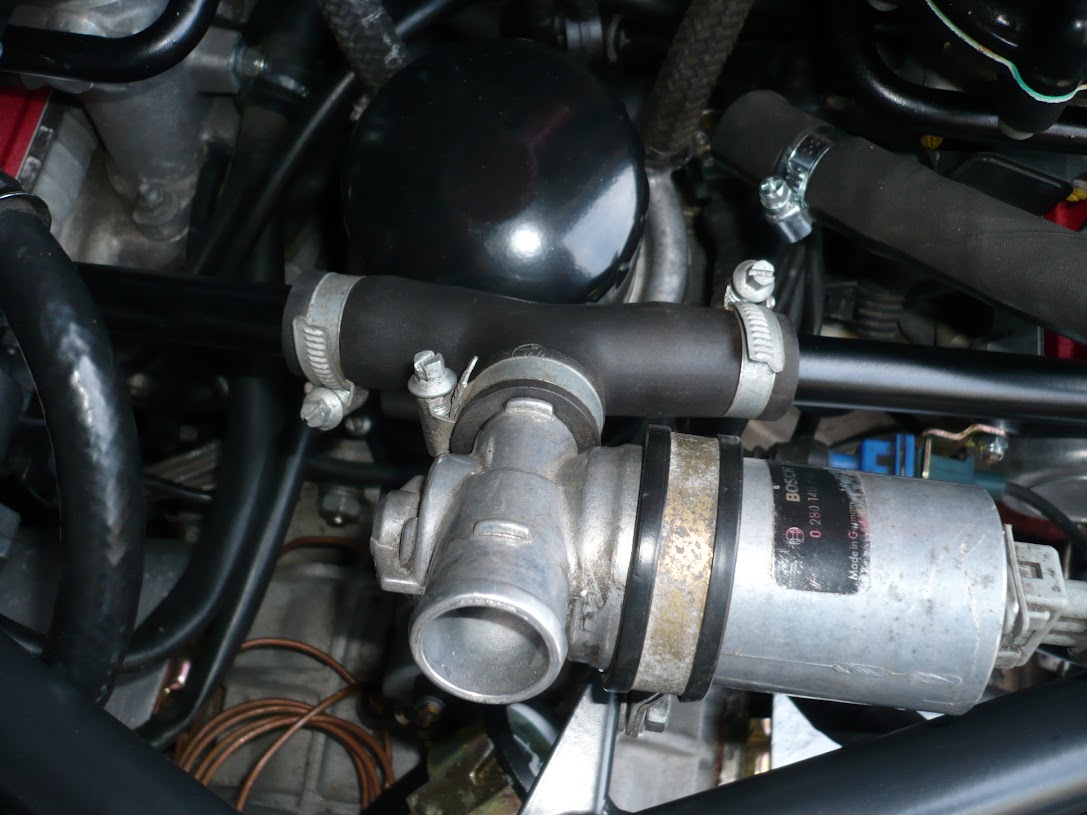 These two pipes have a habit of rubbing against the components on the ends of the cam covers so I went to some lengths to try and move them away from said components. I had to repair a small hole in one of them that was caused by this rubbing. There wasn't actually a hole when it came off the car but there was a significant mark, and I predicted that when the powder coater sand blasted them that it would break through, and of course that is what happened. So I repaired it with some epoxy before reassembly. I think I was successful in getting the parts moved away from catching on other things, at least by comparison with where they were when removed; 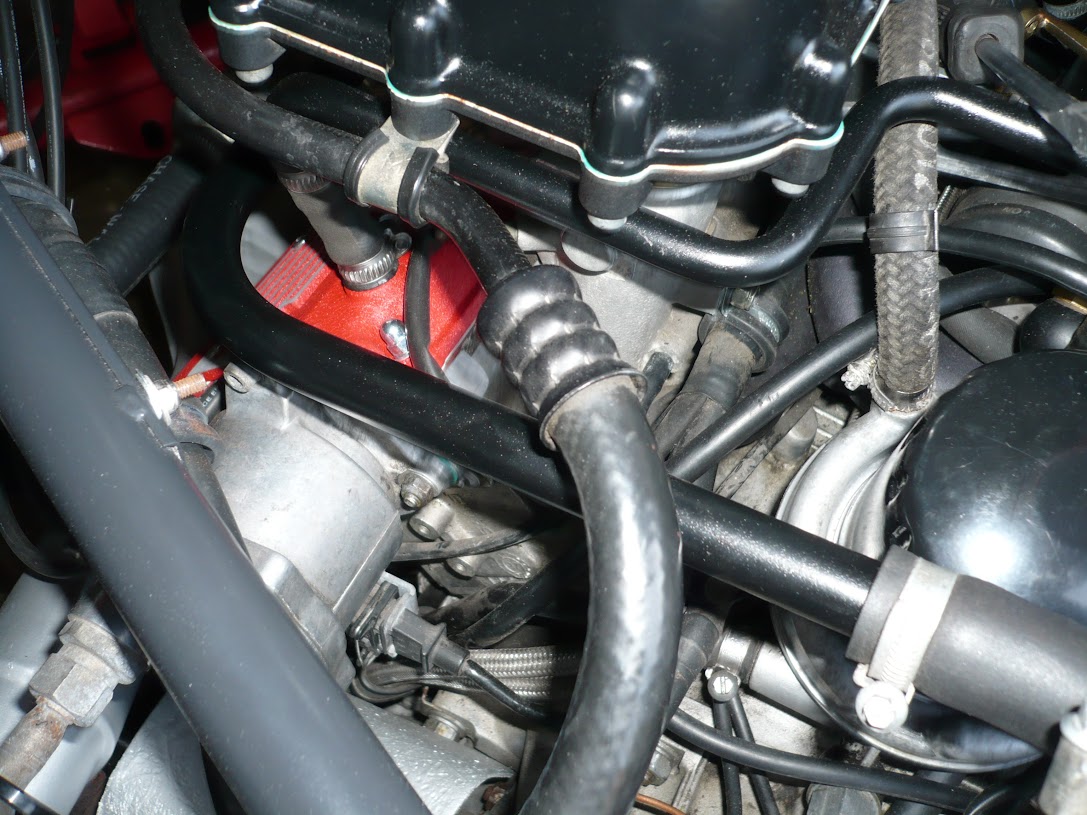 The cats bolt on easily enough. As was shown very early on in the process, one of the clamps that is used to hold the cats to the exhaust was broken and needed to be replaced. I looked toward Hill Engineering for a replacement, but although they had a design done they hadn't yet manufactured it and I ran out of time so had to go with an original one. As I write this, several months later, Paul Hill has just launched the new part so but it's obviously too late for me now. I would thoroughly recommend anyone else needing to replace them to go with his part rather than OEM because it's a milled part from a billet rather than cast. It's the brittleness of the cast part that causes the problems in the first place. In my case I just avoided over-torquing the bolts this time. It's easy to put too much torque on them and then when it goes through heatup / cooldown cycles it just cracks.

Here's the new flange installed on the right hand cat; 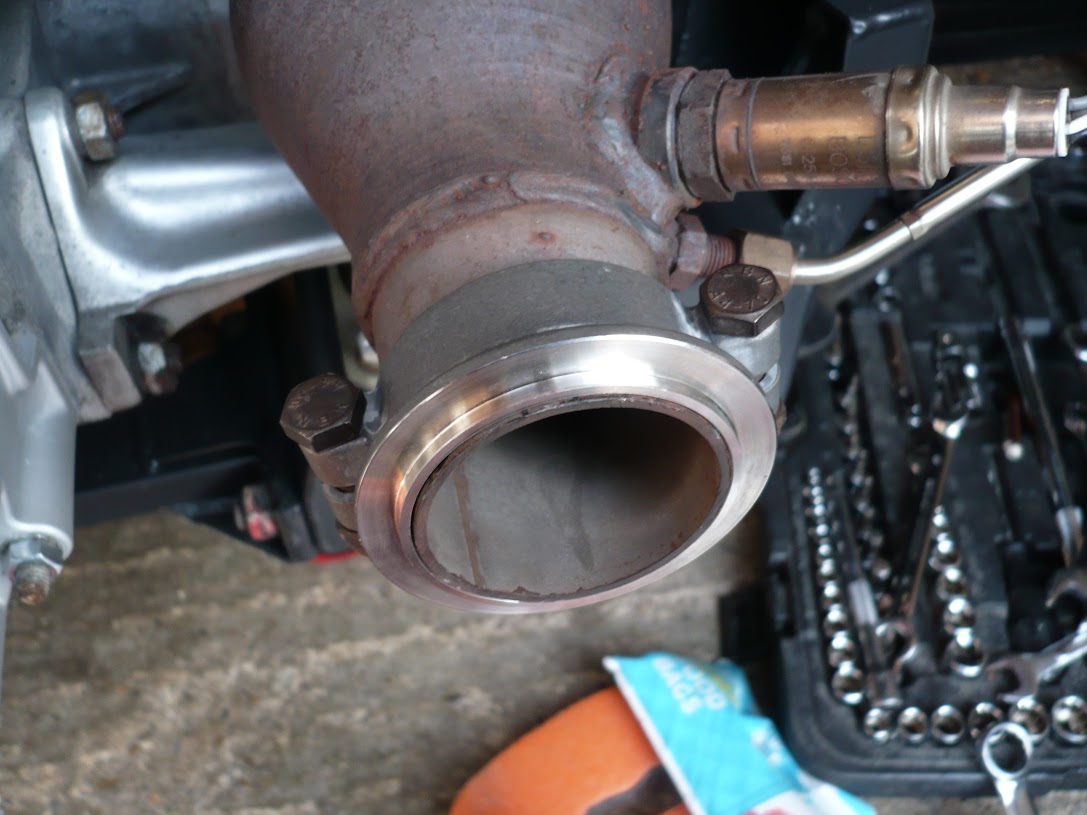 Another thing I needed to repair was the brake pipe that feeds the connection block, at the car side. As you may have seen, I had to cut this as it was stuck fast; 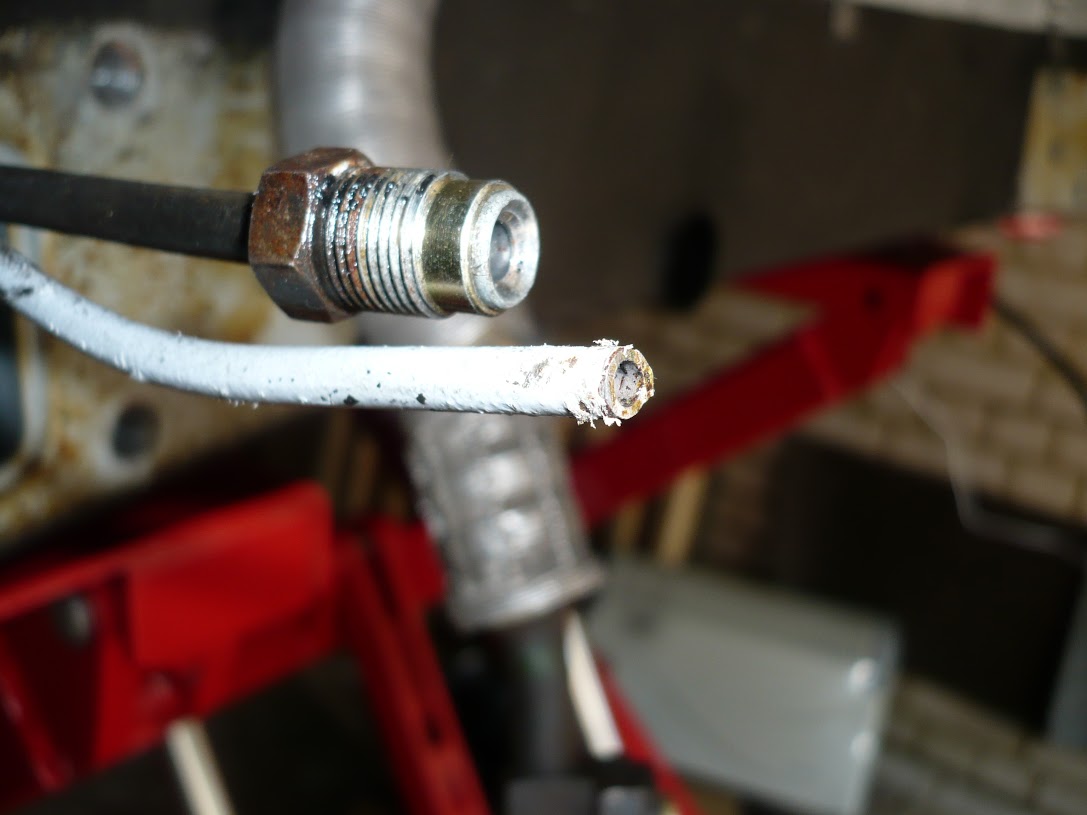 I bought a brake pipe flaring tool and some fittings, below is the end result. This was actually a very difficult job because the pipes are steel rather than copper which is more normal. The steel is significantly harder to flare using this tool. I manged to get it done but it did take more effort than it would have if it was copper; 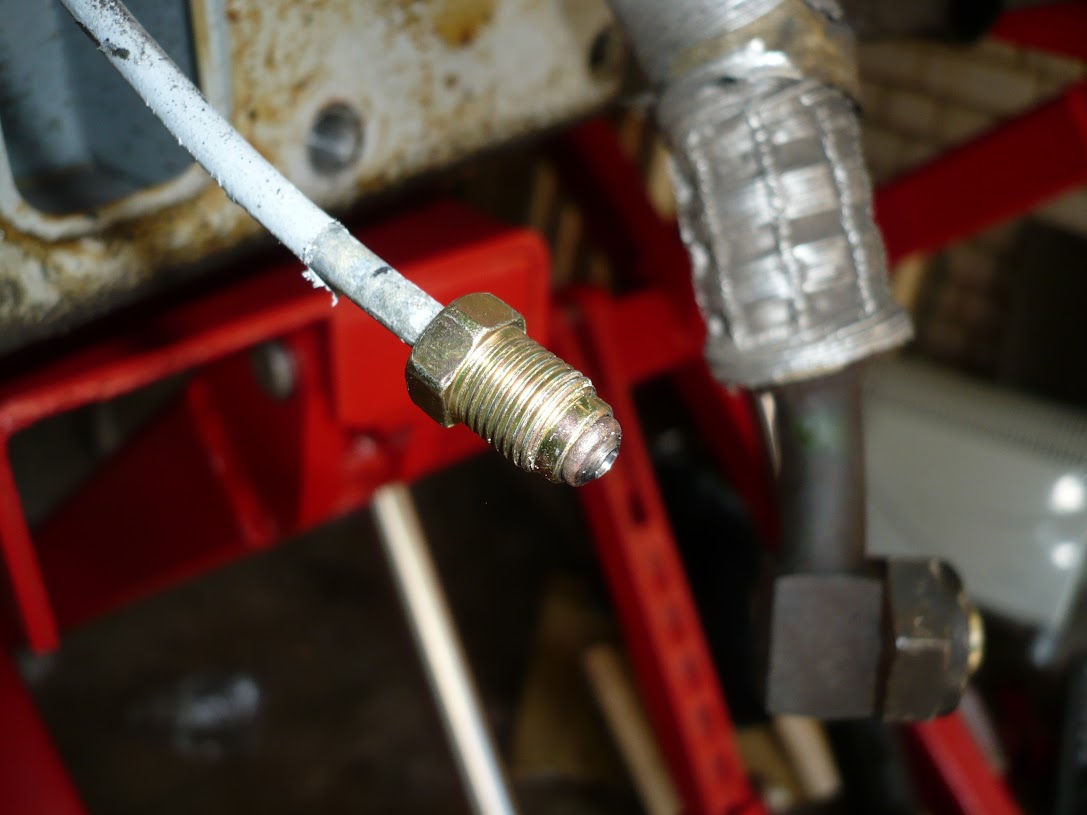 Another thing I wanted to do this time was make a better job of installing the oil pressure gauge in the engine bay. When I first did this I just tie-wrapped it over one of the inlet pipes as it was meant to be a temporary installation. It stayed like that for a few years and every time I looked at it I thought I ought to do a better job, so now was the chance.

I bought a metal surround for a 52mm gauge and using some other spare steel I had I fashioned a u-shape with a hole drilled in one side, and then powder coated it. I then bolted the two parts together And fixed it one of the existing studs on the engine frame that supports the wiring loom. This was the end result; 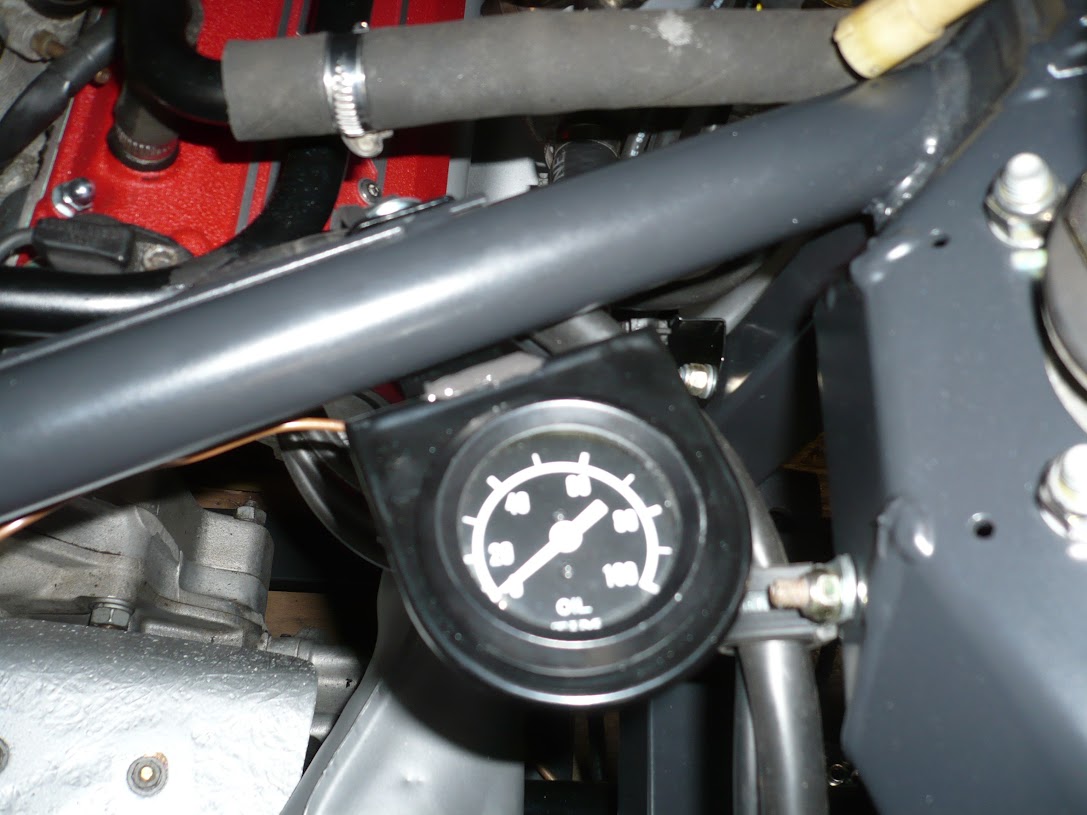 I will never claim it looks like the factory put it there, but it's solid enough and gives peace of mind. You can just see the copper tube running along the underside of the engine frame.

I had to re-use these as I couldn't get replacements but at least they weren't broken. Just refitted to the sides of the frame and then the cable inserted; 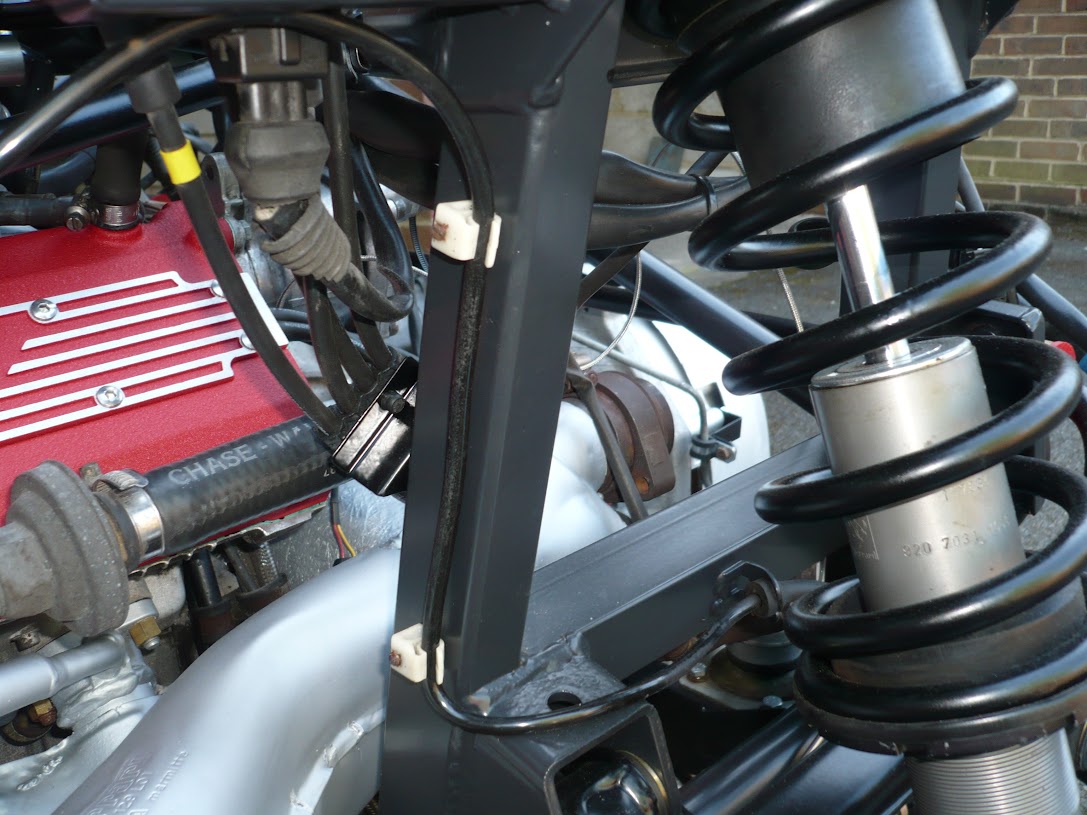 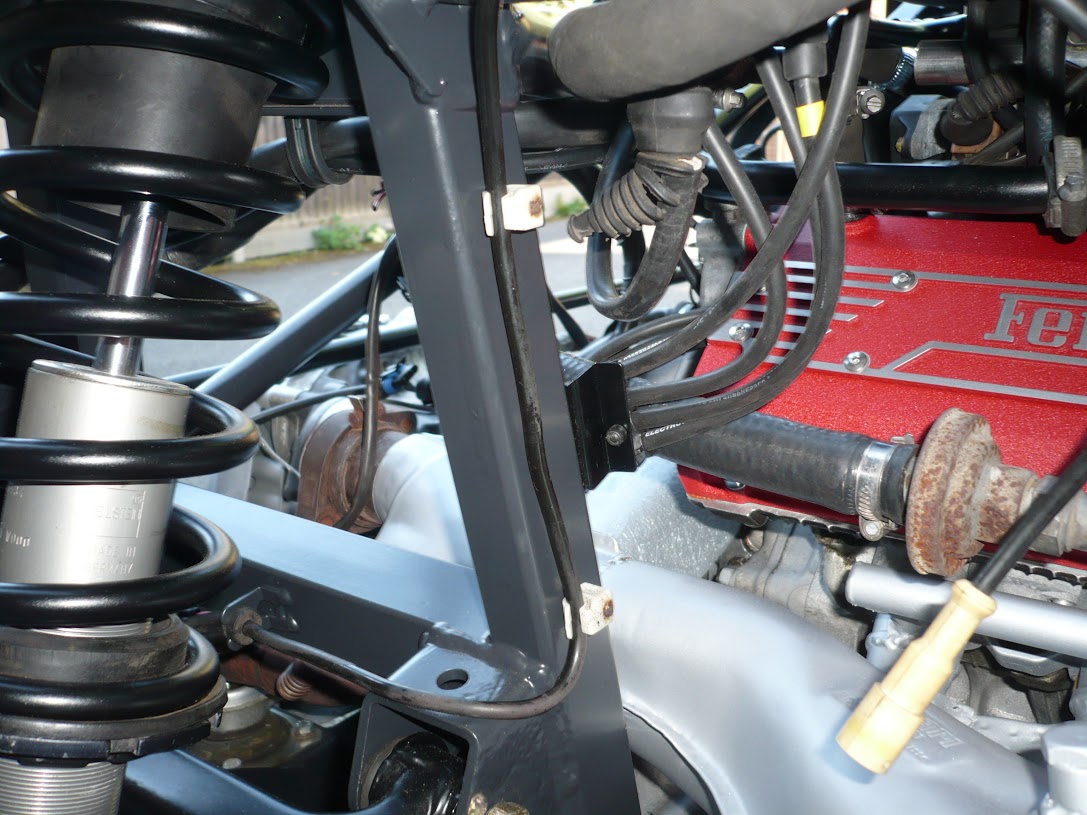 Like the engine mounts, the thread for the earth lead connection on the engine subframe was full of sand blasting media, so I cleaned it out with a tap; 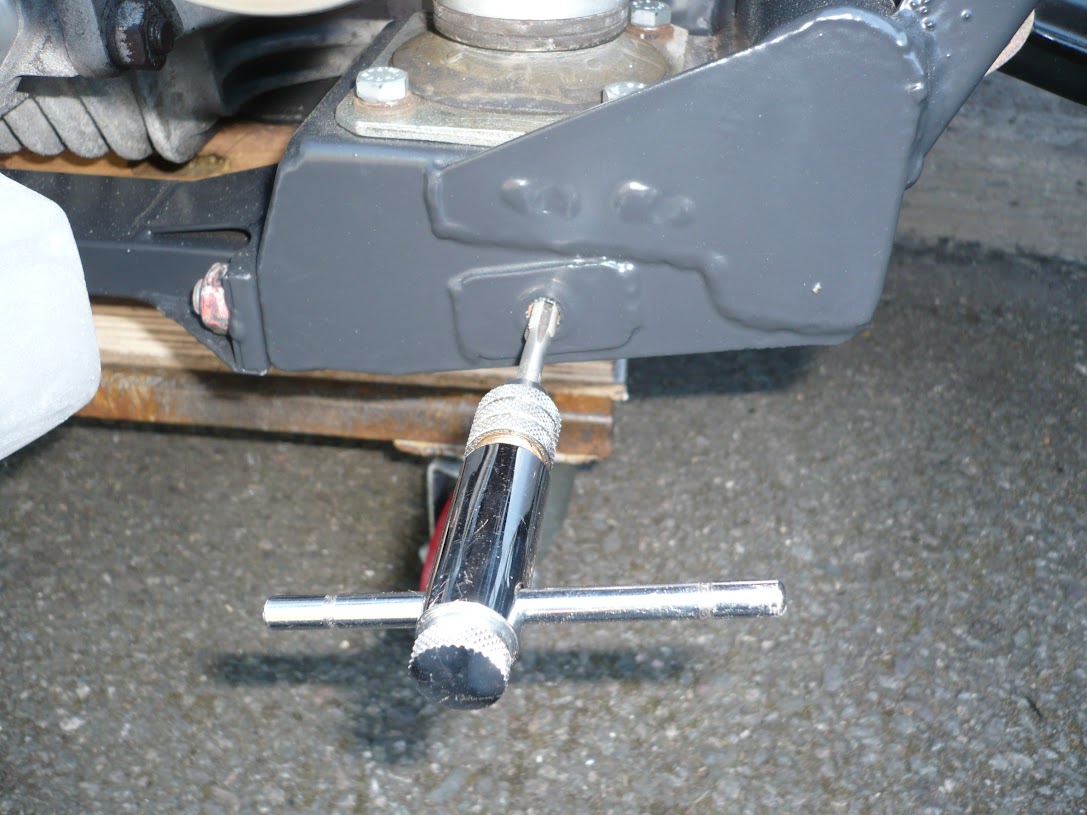 And then reinstalled the copper earth cable. I looked at this carefully before reinstalling it, and tested it with a meter to make sure that it didn't have high resistance. It was perfectly fine and is just weathered on the outside. I may one day make a new one using some cable that has a black outer sleeve since it's very easy to get to. Having reinstalled it, I again tested the resistance between the frame and the cradle using difference points to verify I had a good connection. With the engine frame having been powder coated, it's the threads that are making the connection here, not the face of the eyelet. 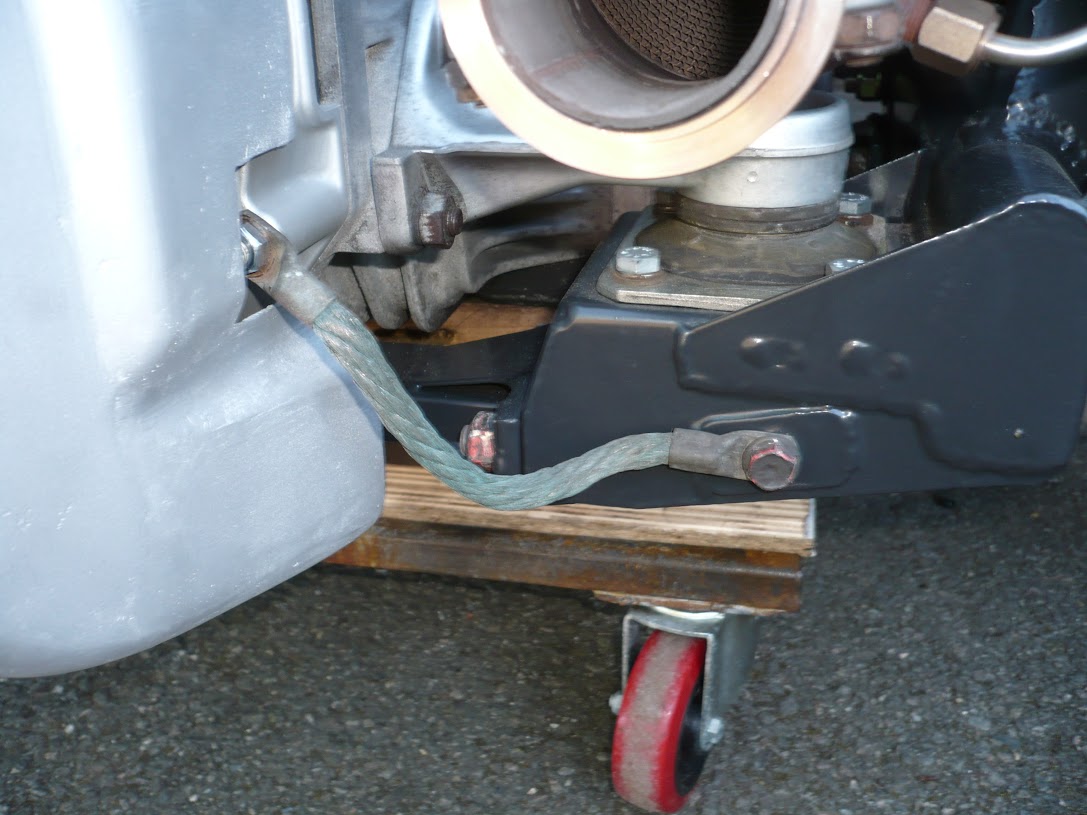