With the dampers rebuilt already, I could just grab them and put them on so they went on at the same time as the wishbones, driveshaft, and hub. I used a spring compressor on the damper to reduce their height a bit, but this time i had to use a cloth around the spring to stop the compressor from marking the powder coating. I don't seem to have a photo of this but I'm sure you can imagine what it looked like.

I had some fun getting the damper lined up so that the bolt would go all the way though. Especially as there's a washer in there as well that you have to catch with the bolt. I used a new nut but retained the existing bolt (as I did everywhere else). 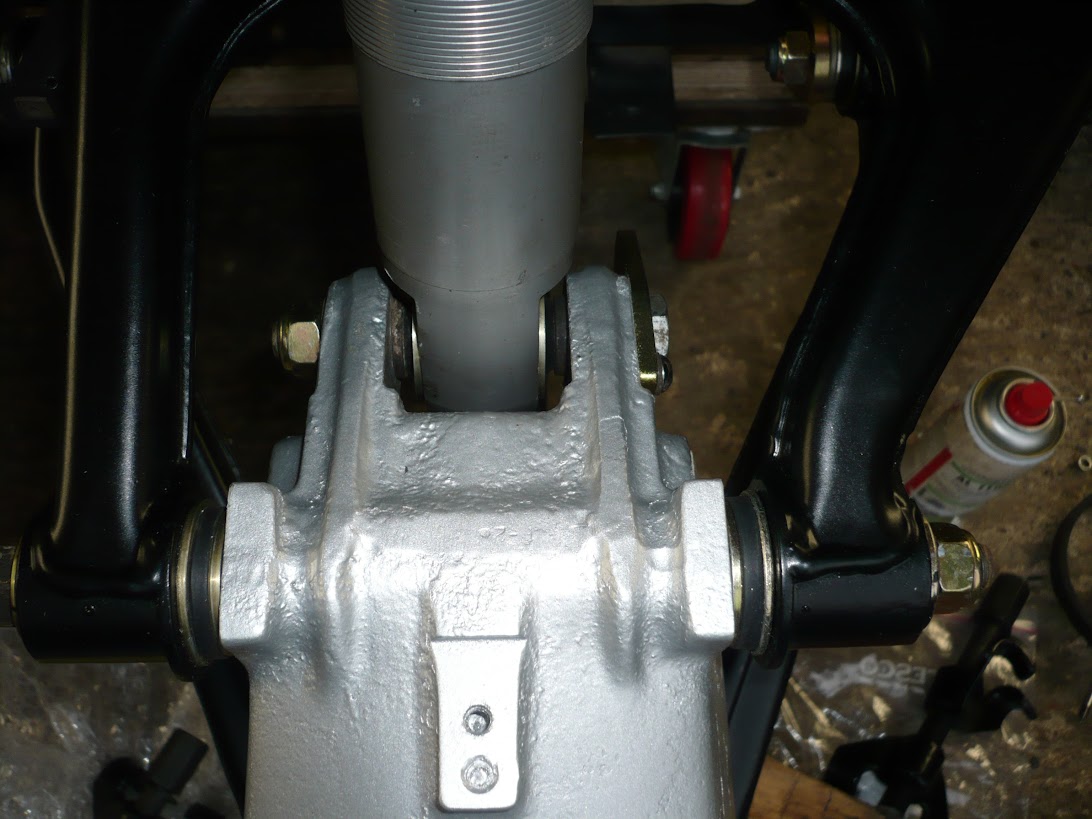 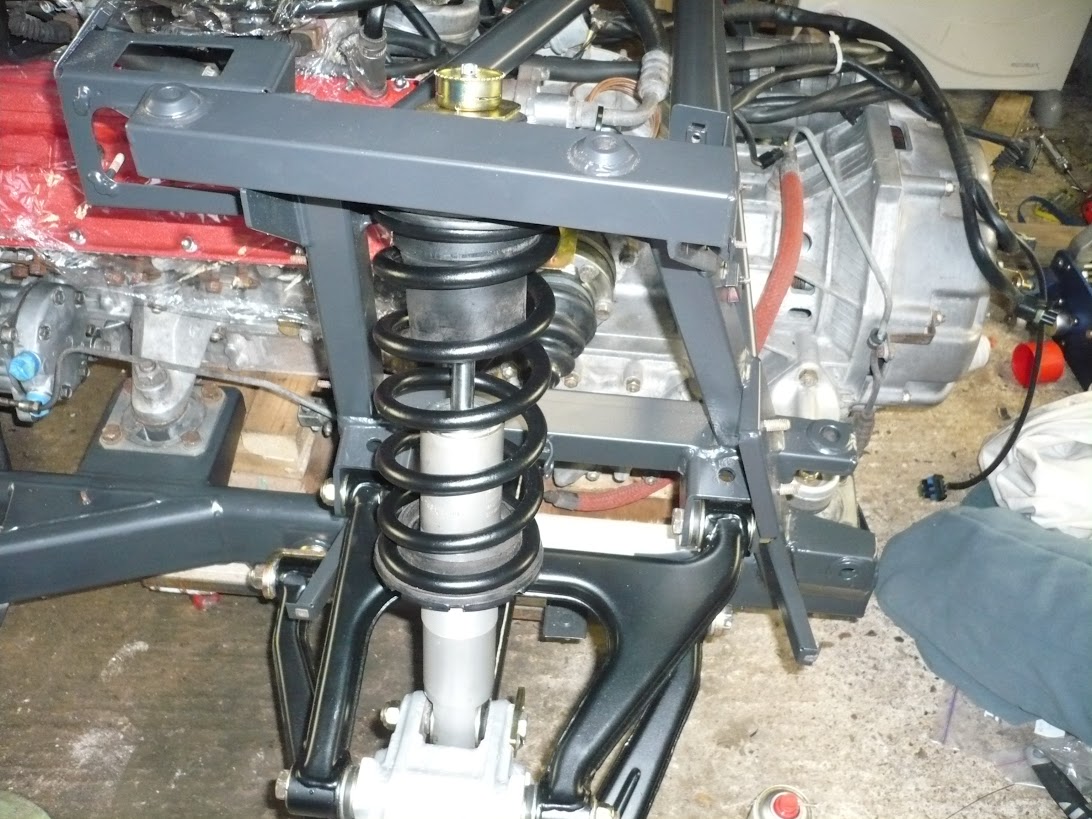 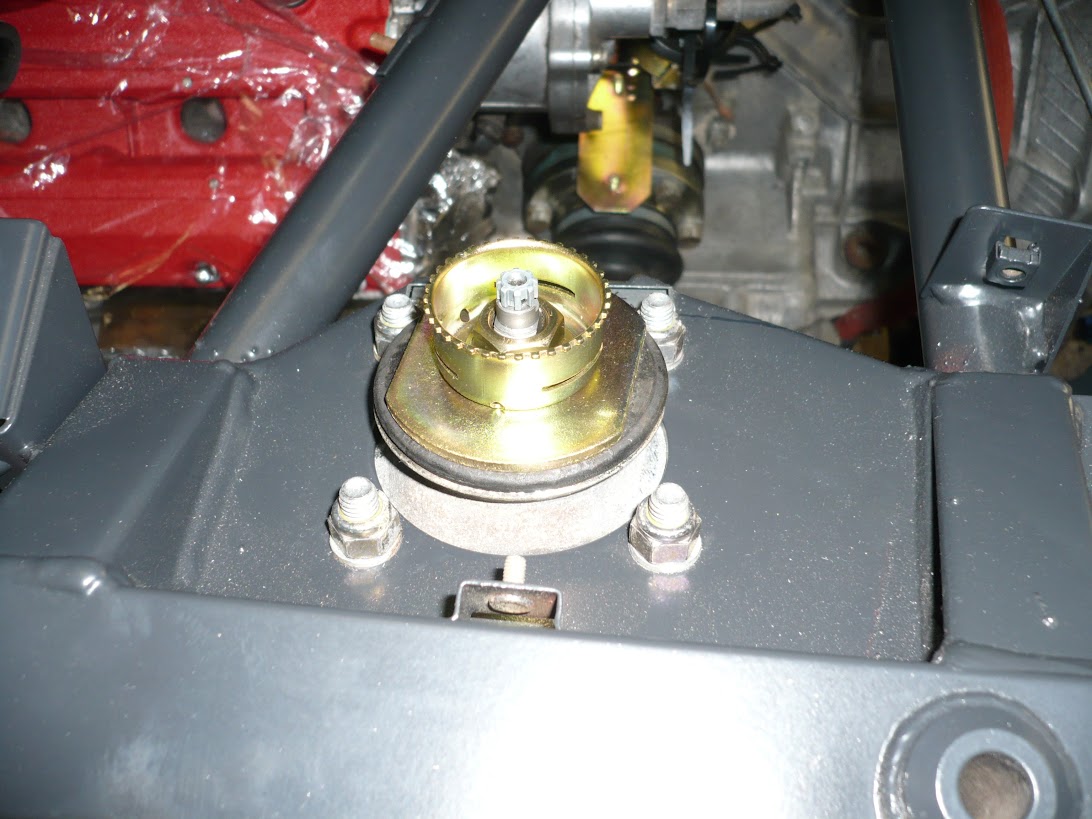 Time for some tea. I would later drop this cup and smash it to bits. It's one of a very small number of things (2 or 3 maybe) that I broke during this restoration! It went off far better than I imagined it would. 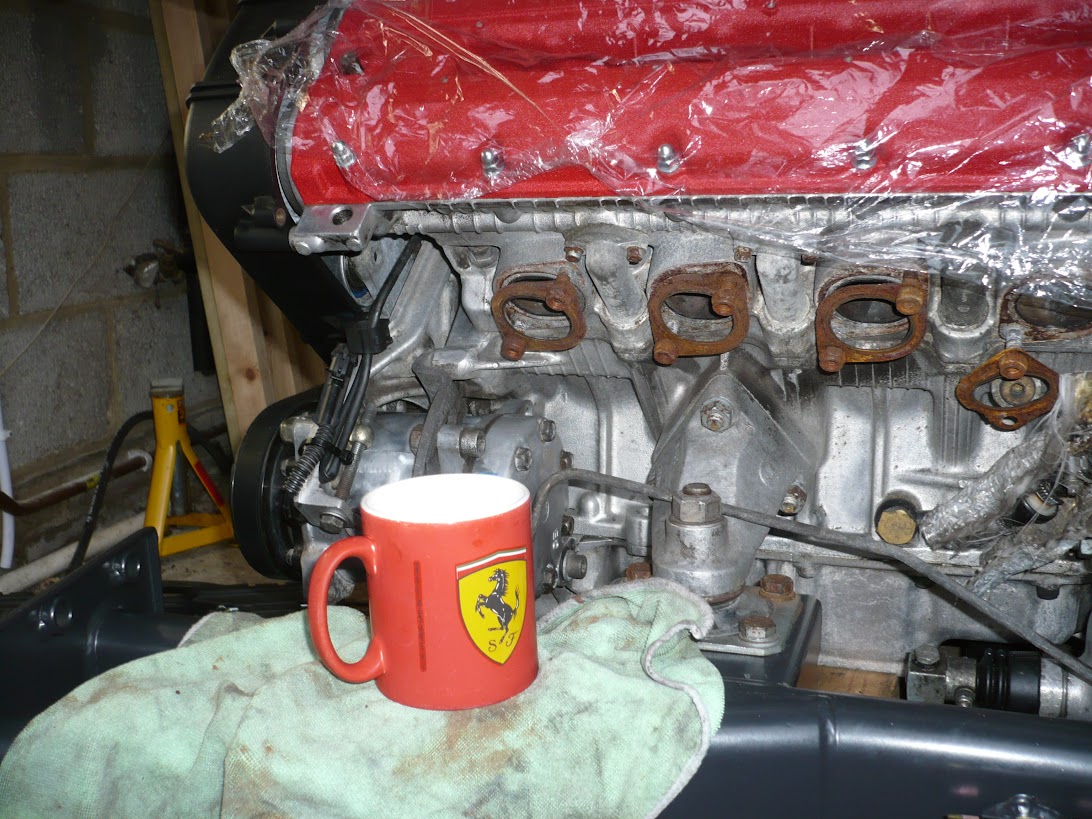 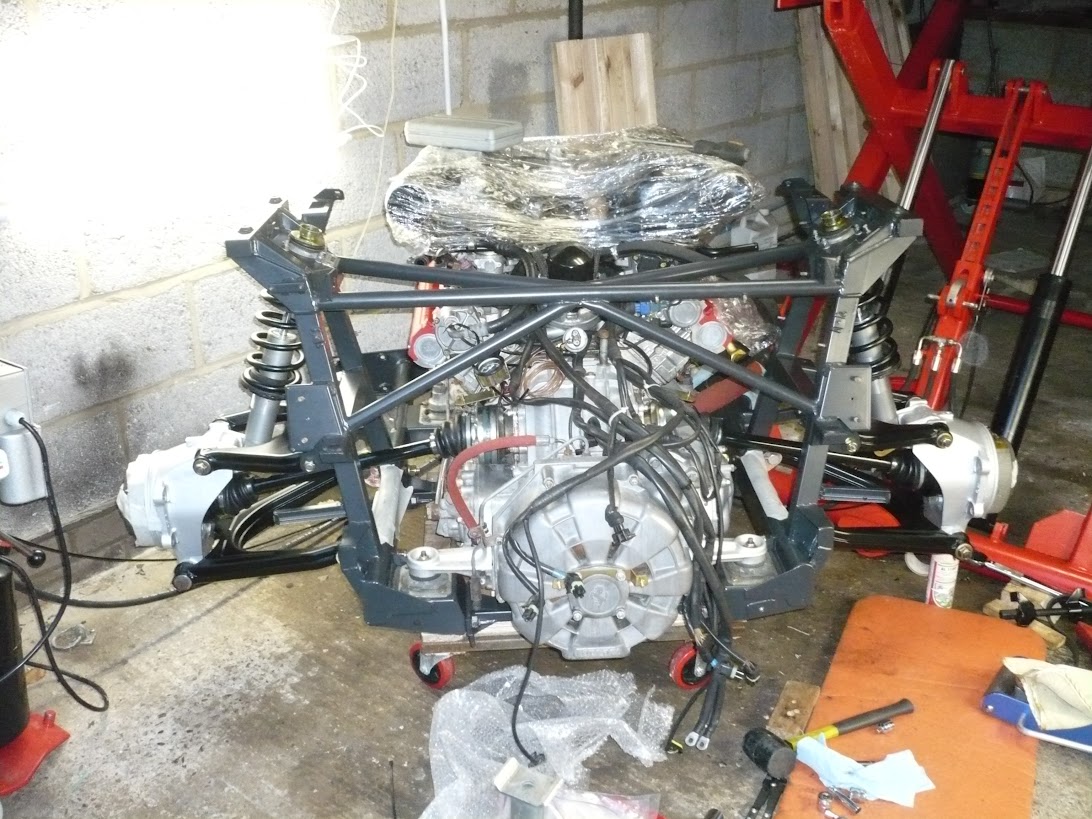