Installing The Engine Back Into The Subframe

So by now the subframe had been sitting around for a while having been powder coated and I'd got assembly to a point where I could reinstall it. Prior to reinstallation I went around all of the various holes in the subframe and removed all of the plugs that the powder coaters had left in. This is a valuable service because it prevents powder from making the holes too small to for the fixings to go through.

I also ran a tap through all of the threaded areas - engine mounts and things - as there is a tendency for the blast media used before coating to get stuck in the threads. The causes havoc when you try and screw a bolt in - it destroys the threads.

I bolted the new engine mounts to the subframe. Most of them had rusty heads so I decided I would order some more and replace them, but for now I put the old ones in so that I could put the subframe back onto the engine. I would later find that the main dealer only had some of the bolts in stock and would have to order the others from Italy. This happened a couple of times during the process but it's always just 2-3 days for the parts to arrive at the most, and as Maranello Parts is only down the road from where I live it was no trouble to go back and collect them. So rusty bolts here; I'll add in the new ones in a later article. 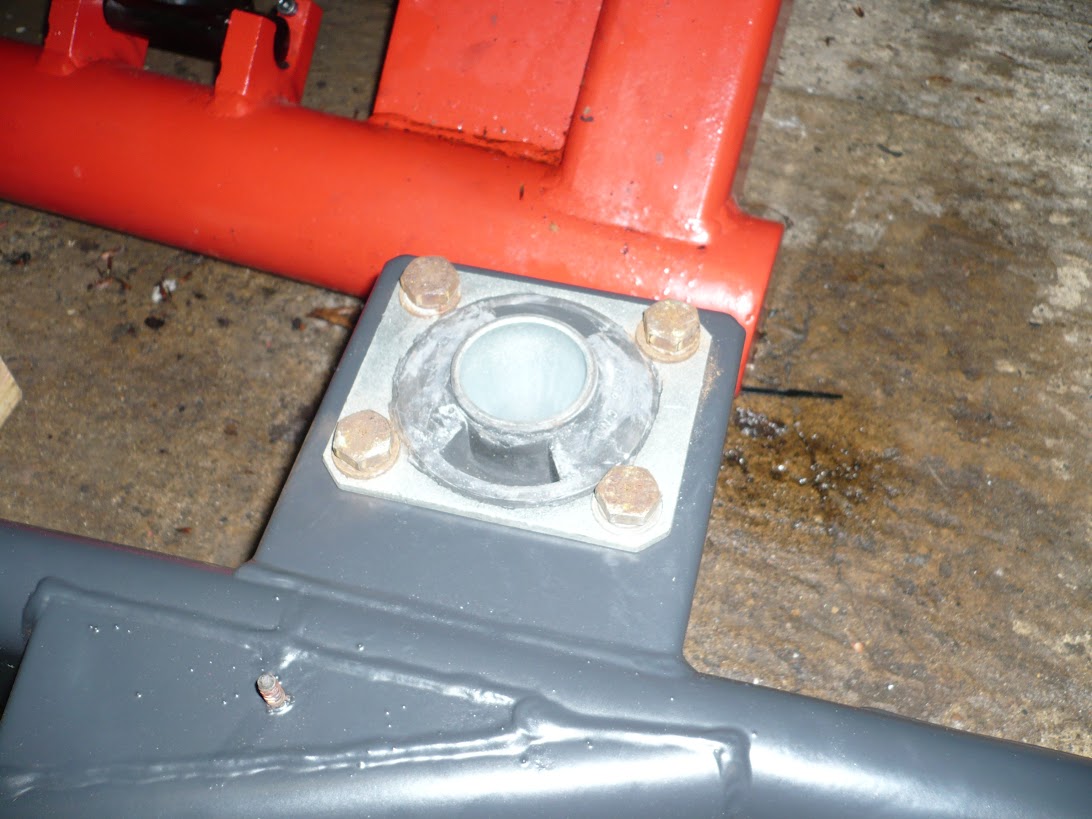 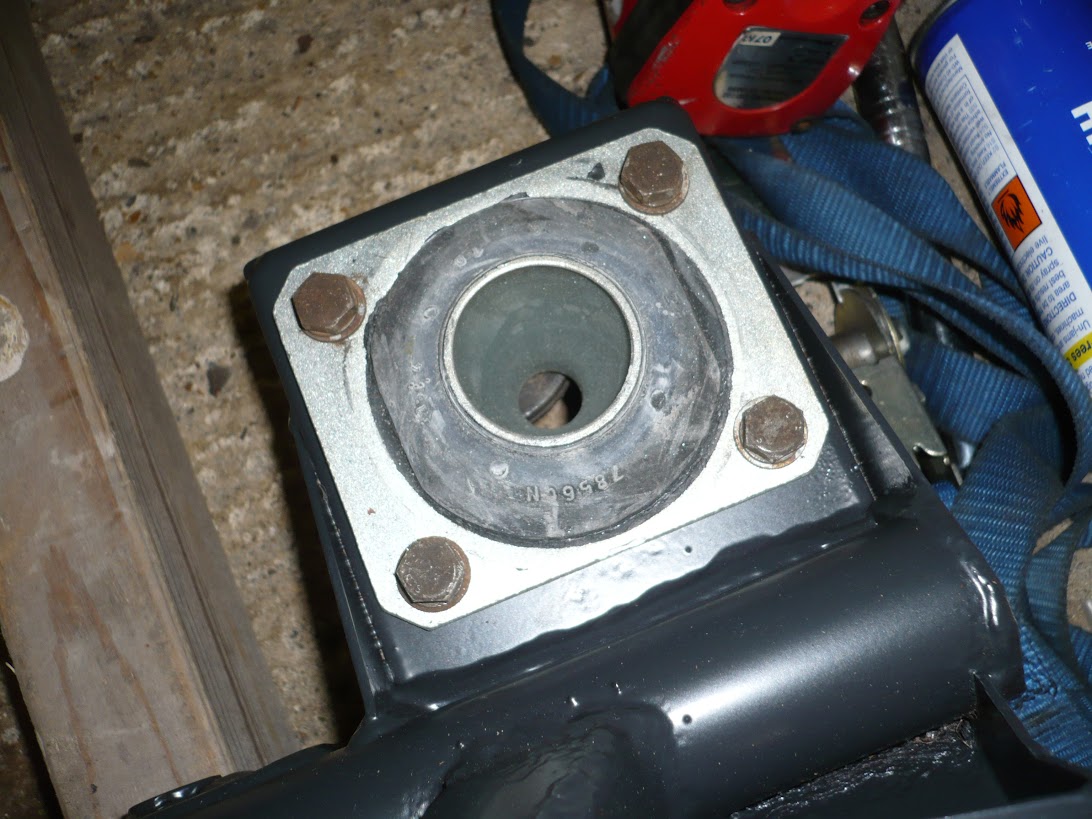 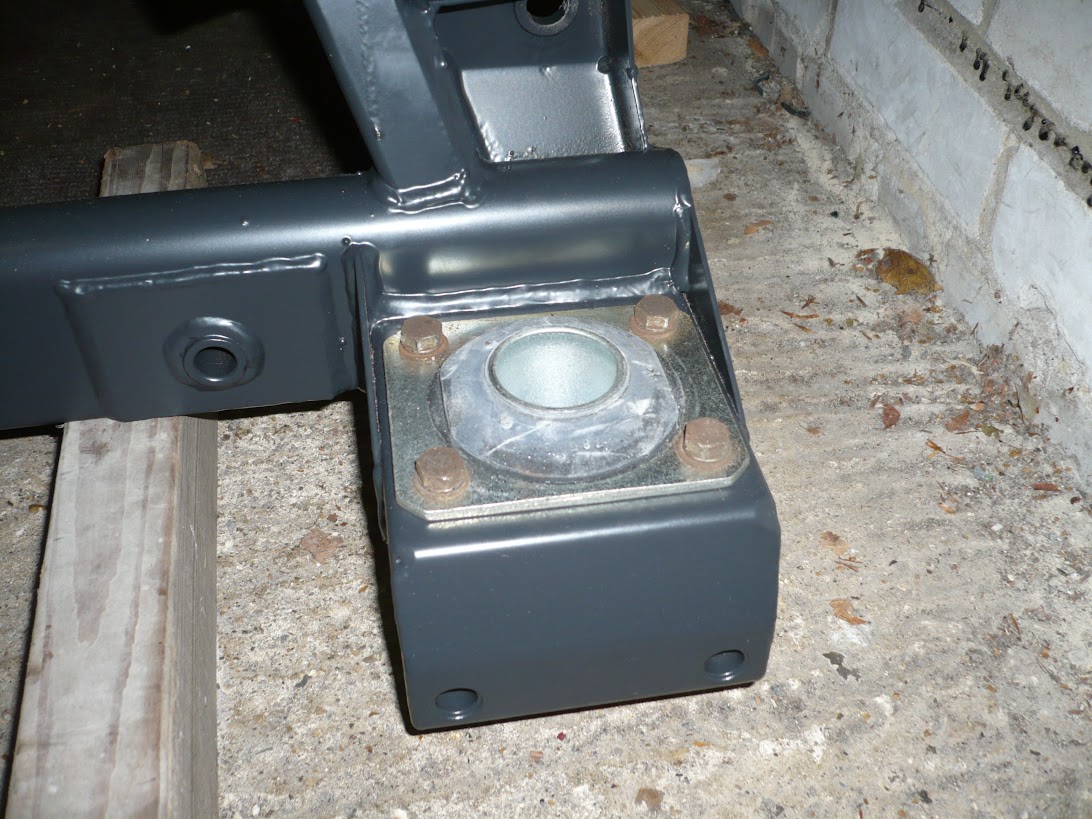 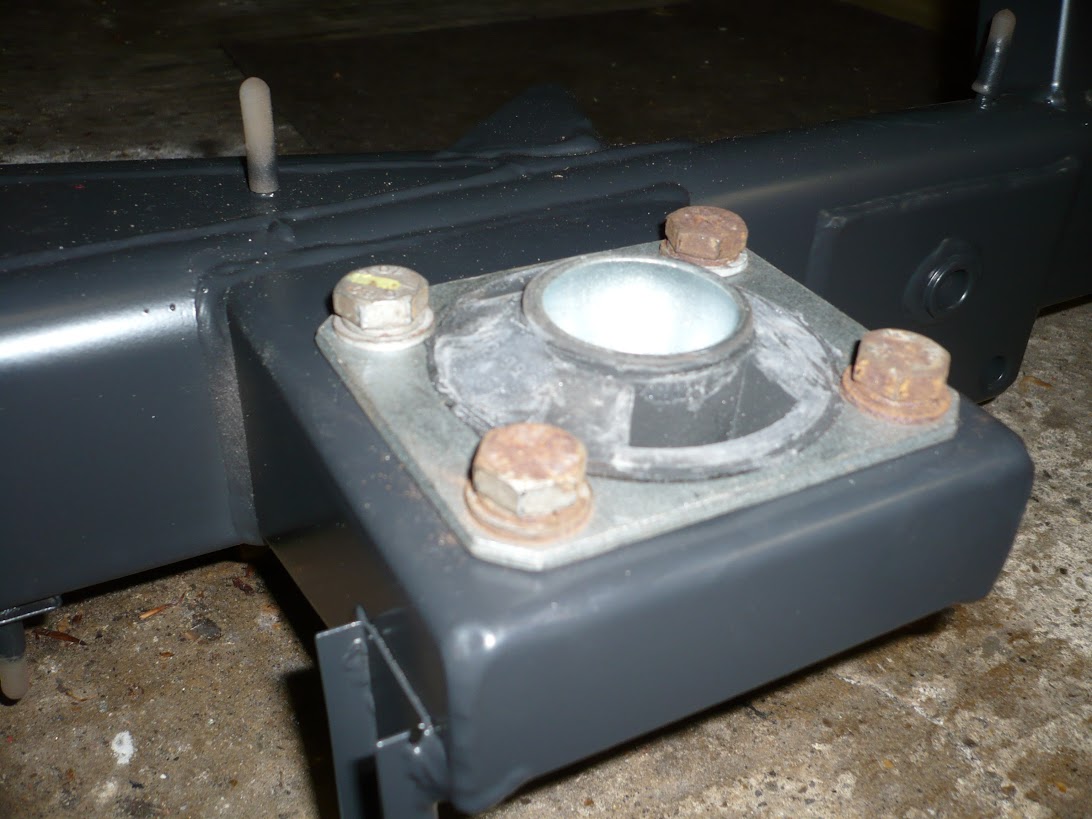 With the engine mounts installed, I constructed something to lift the subframe up to the right height. Just a bunch of wooden blocks. I also put some axle stands out near where the subframe would end up so that I could get everything lined up more easily; 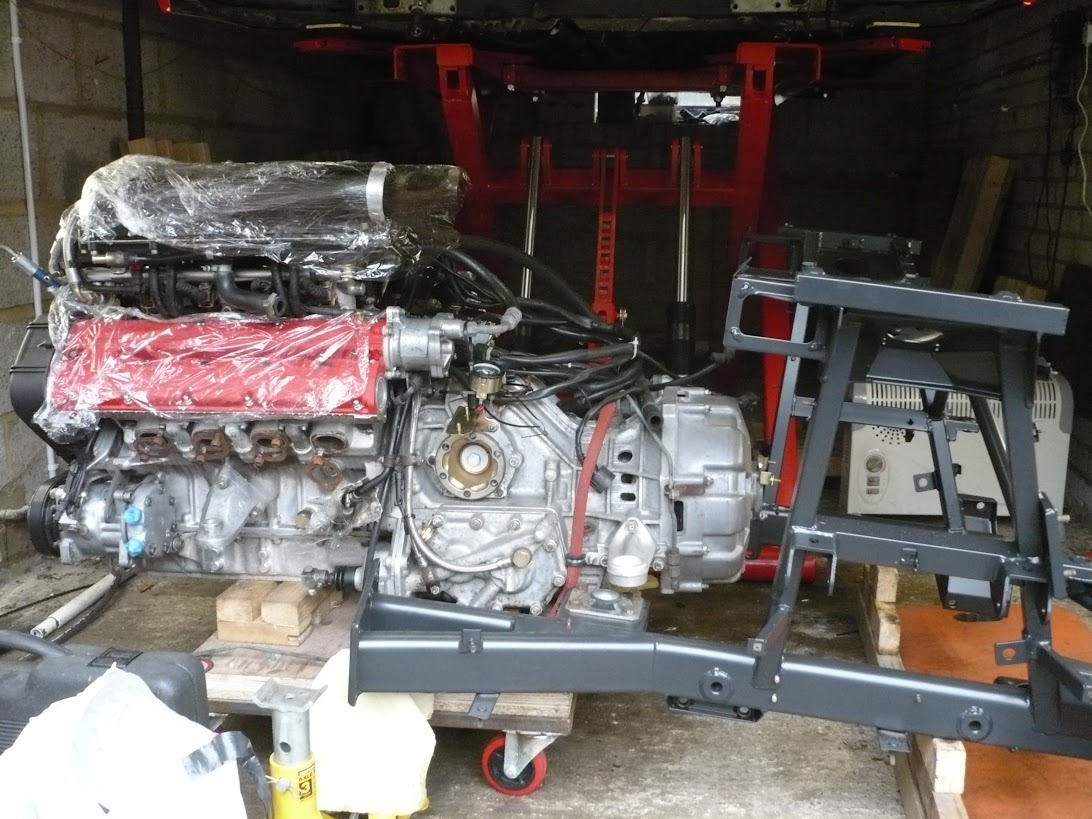 Then it's a case of inserting the large bolts through the four mounts and torquing them up. The smaller bolts that hold the engine mounts to the subframe can be replaced one by one when the new ones arrive. 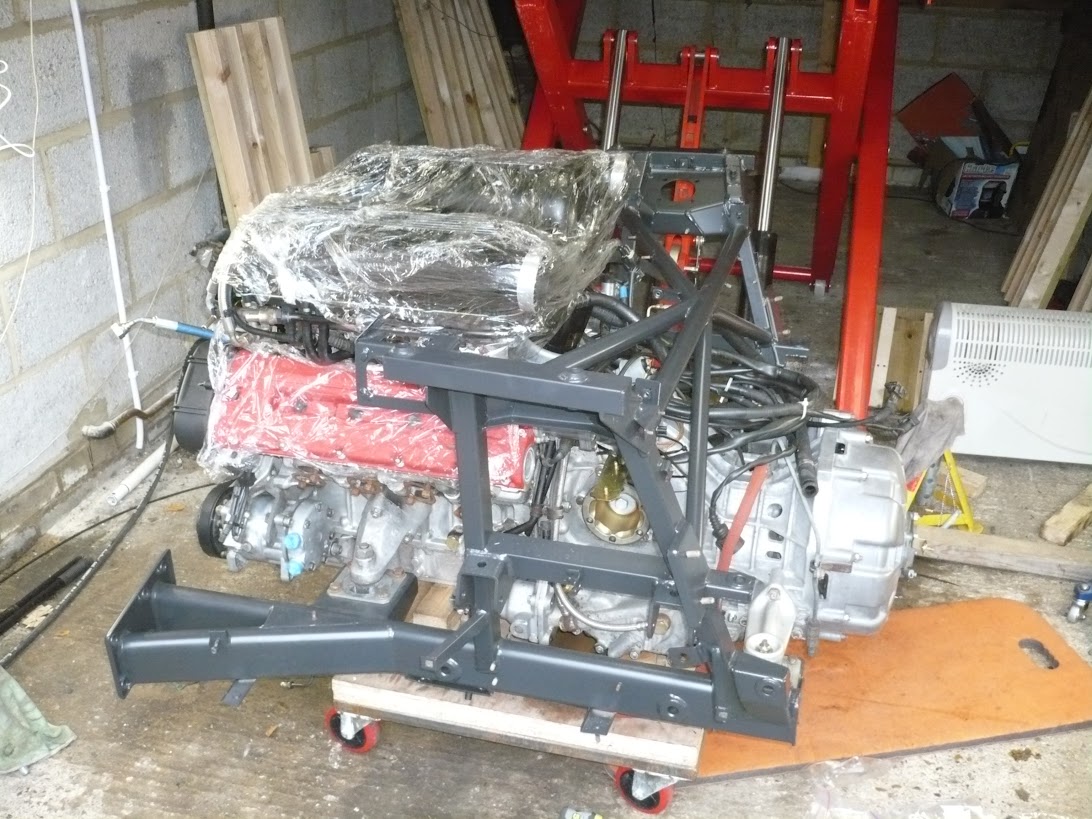 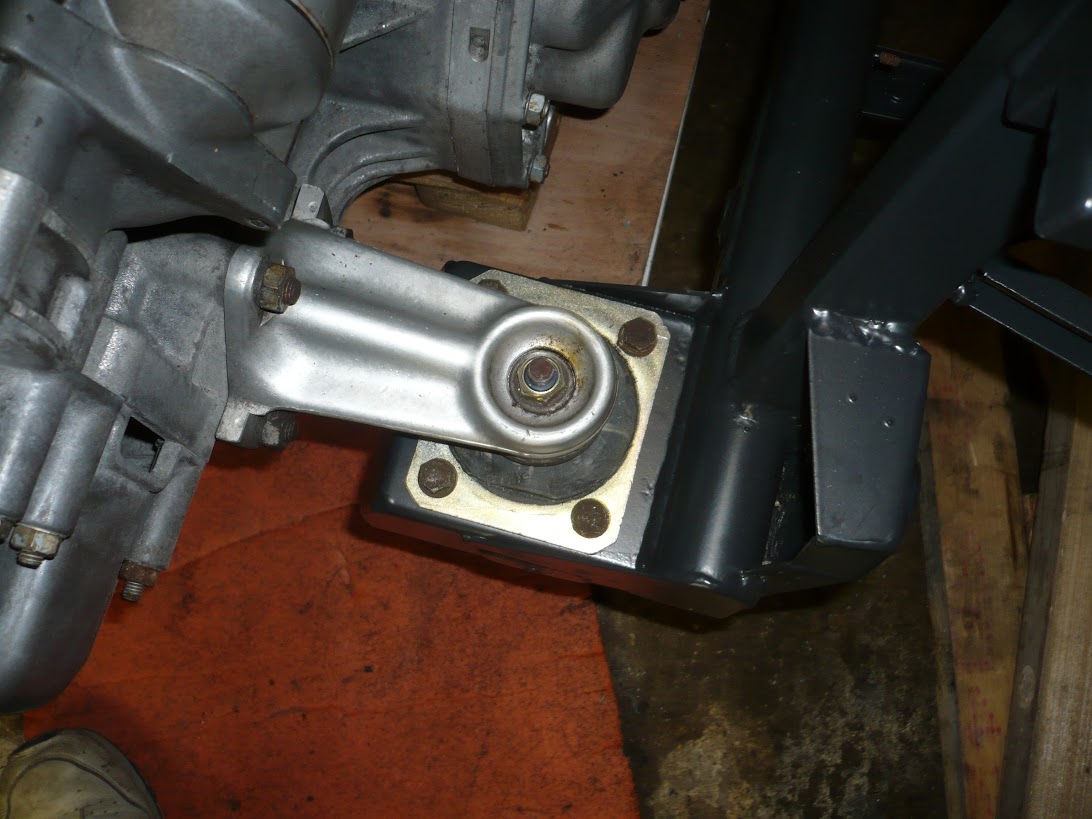 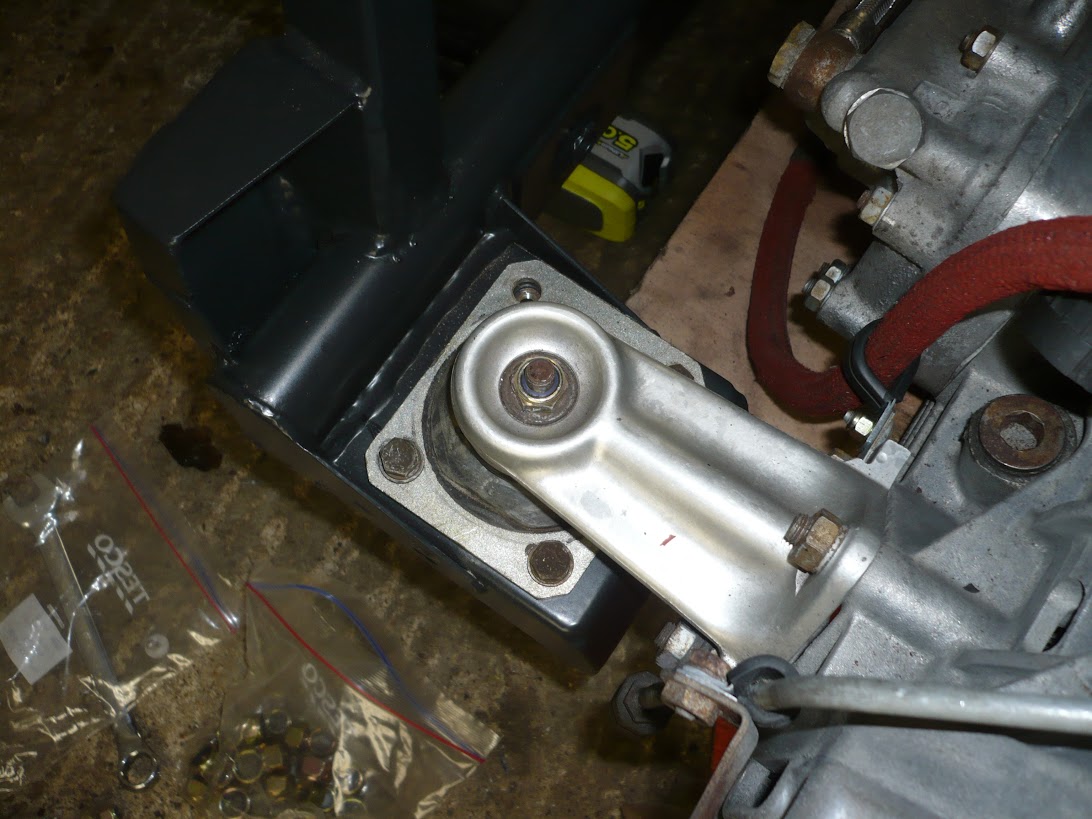 The next step is to install the central crossmember, and then the rear one. Below is the central one (gearbox connection just above it): 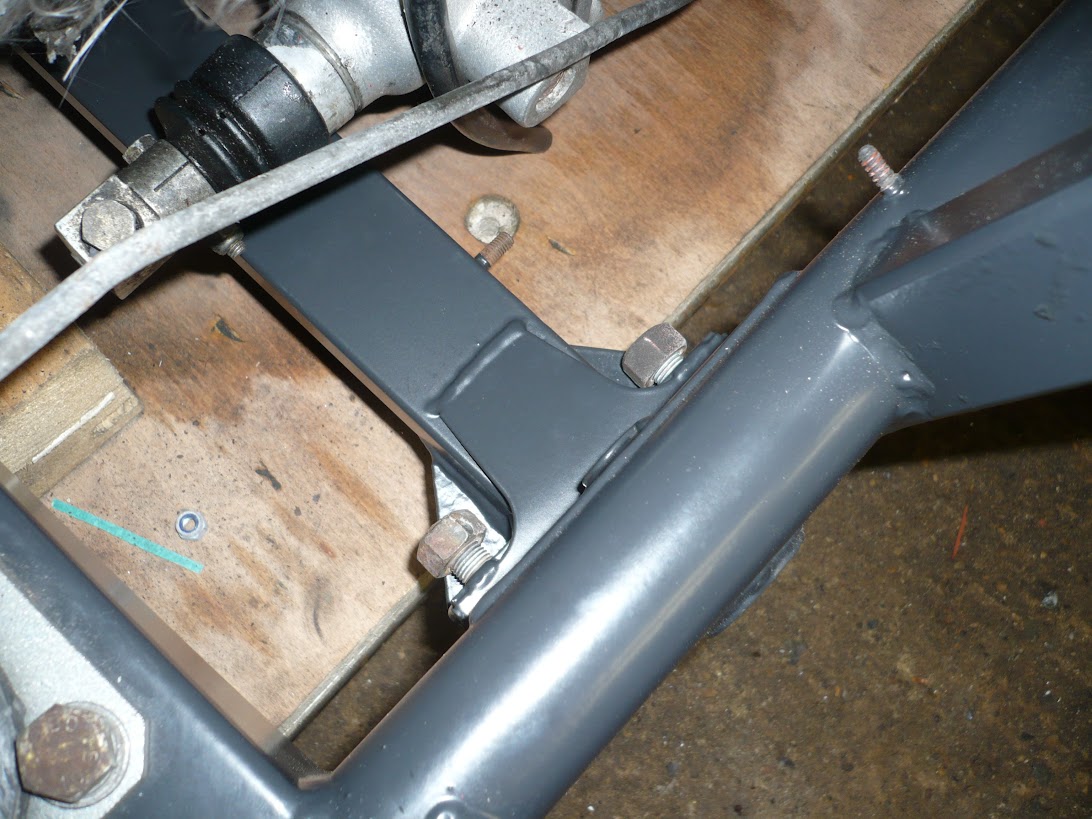 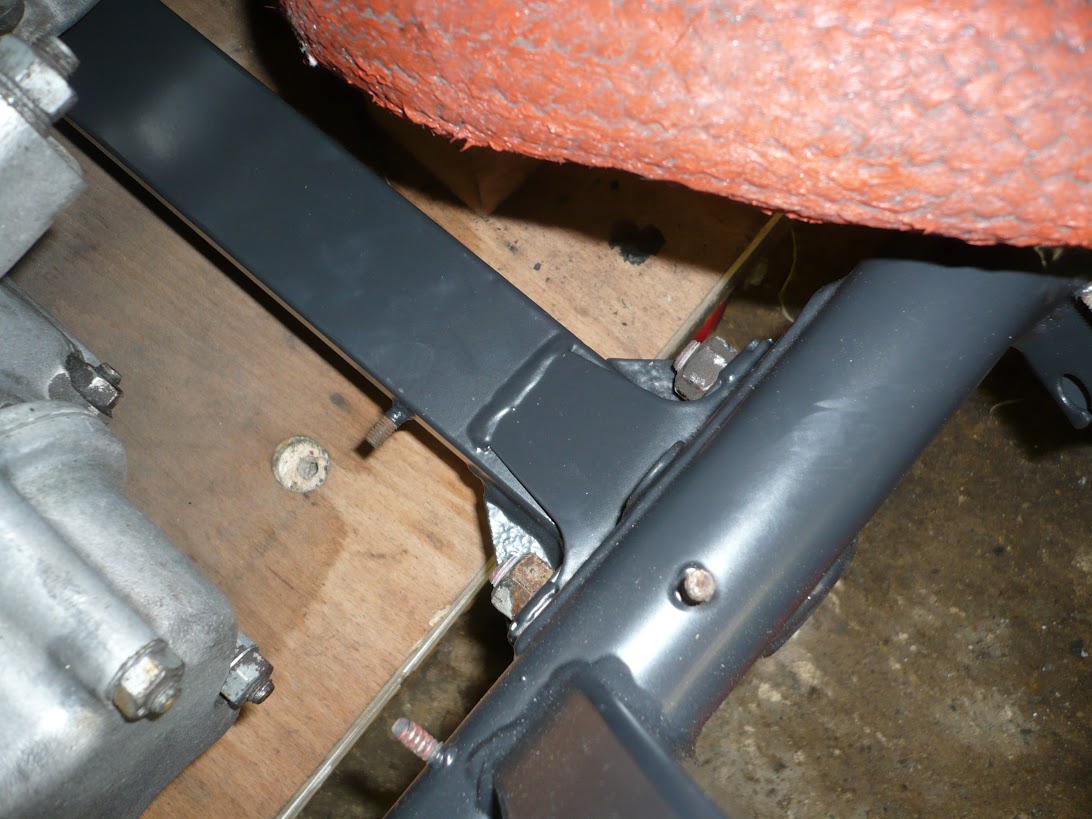 And this is the rear crossmember: 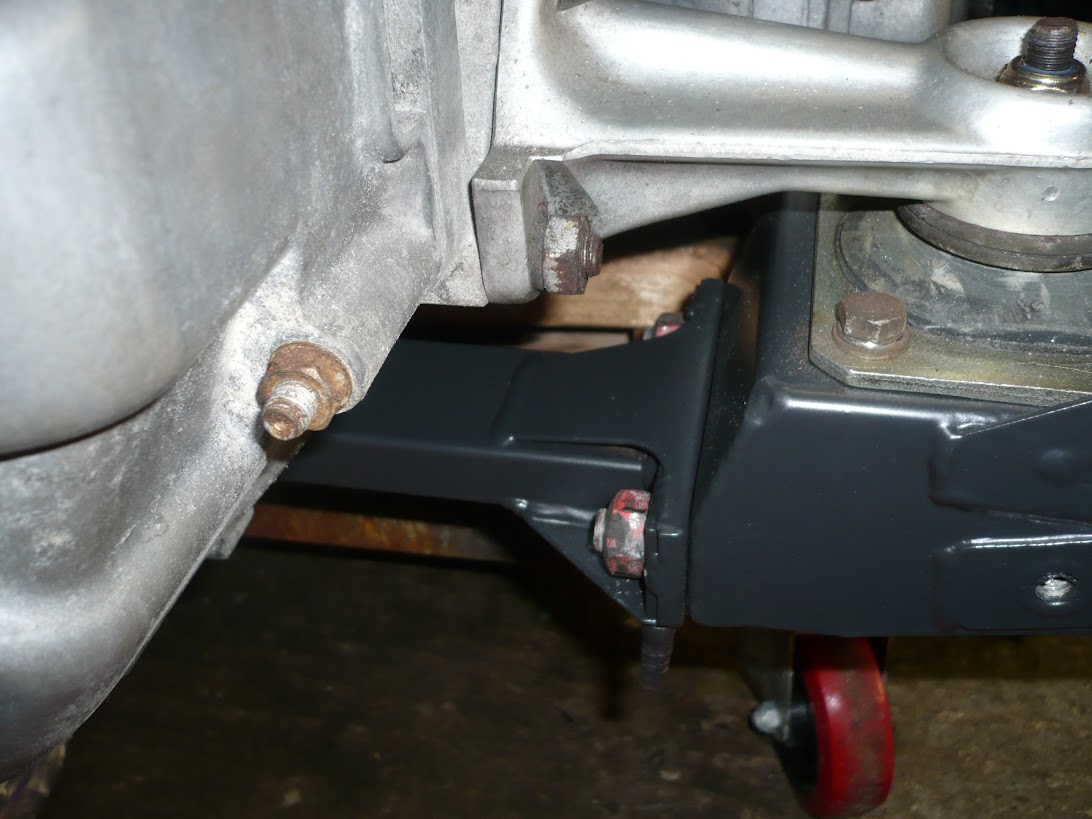 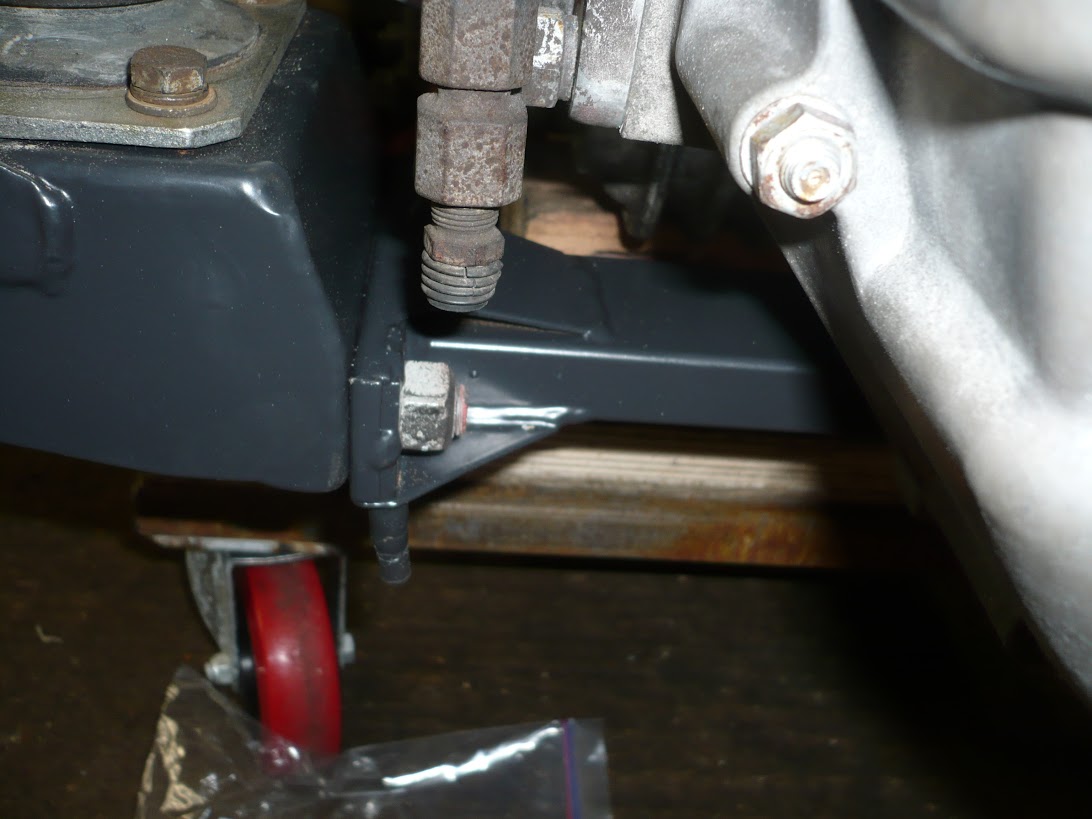