This was a job I had no idea I was going to do until the day I did it. Most of the rest I knew I would do; this one not at all.

The canister sits on the rear left hand side of the engine just behind the rear wheel. Here's a pic from very early on - before I dropped the engine - it's behind the silver shield that's looking a bit tired: 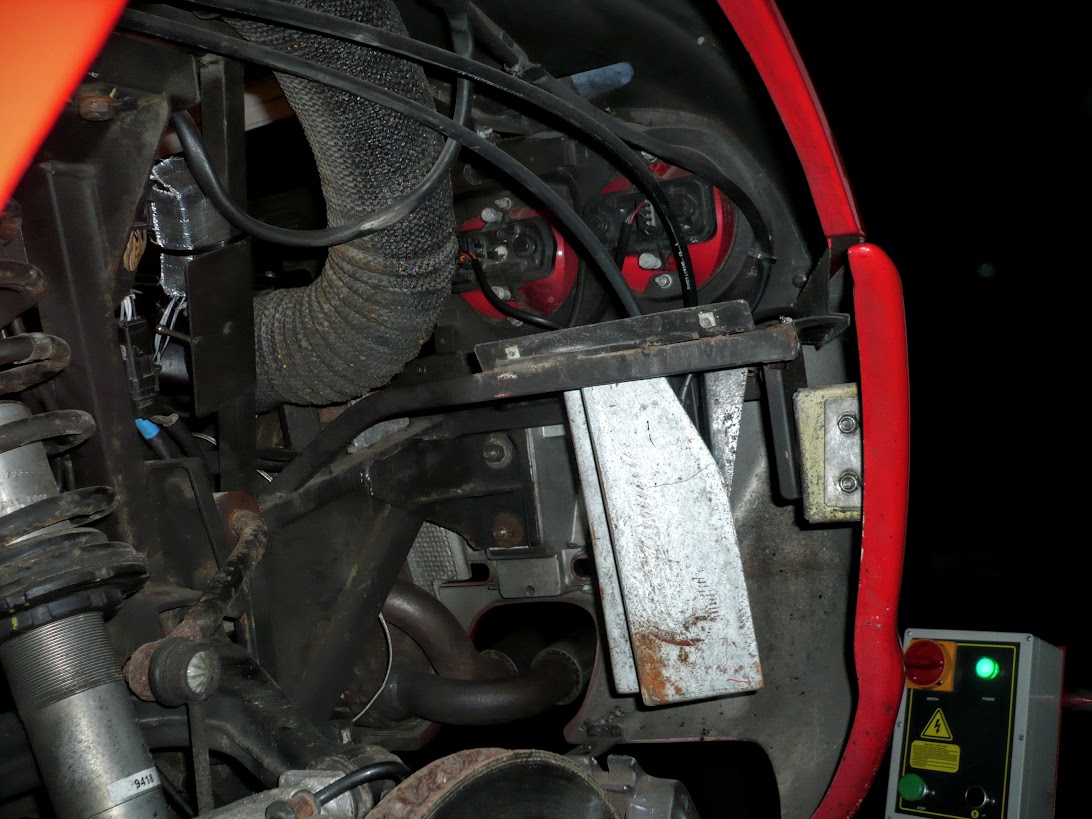 The original objective was to take off the heat shield and repaint it, but when I removed it I found things looking a bit tatty: 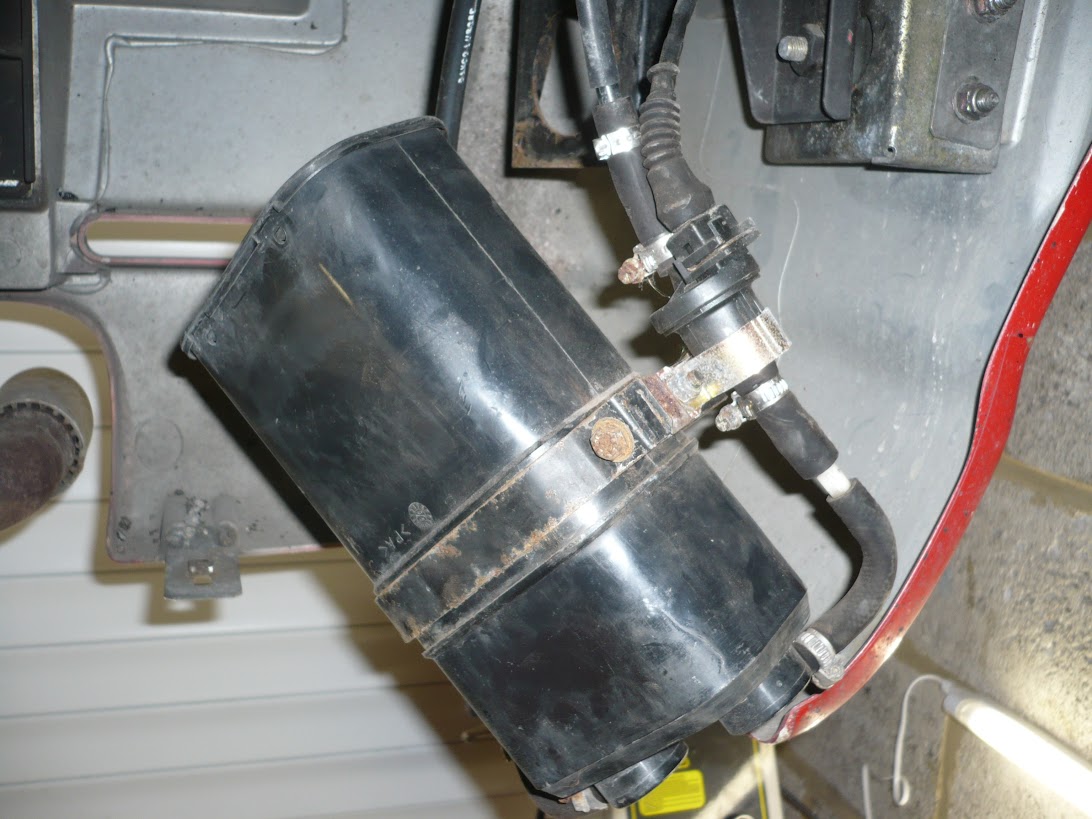 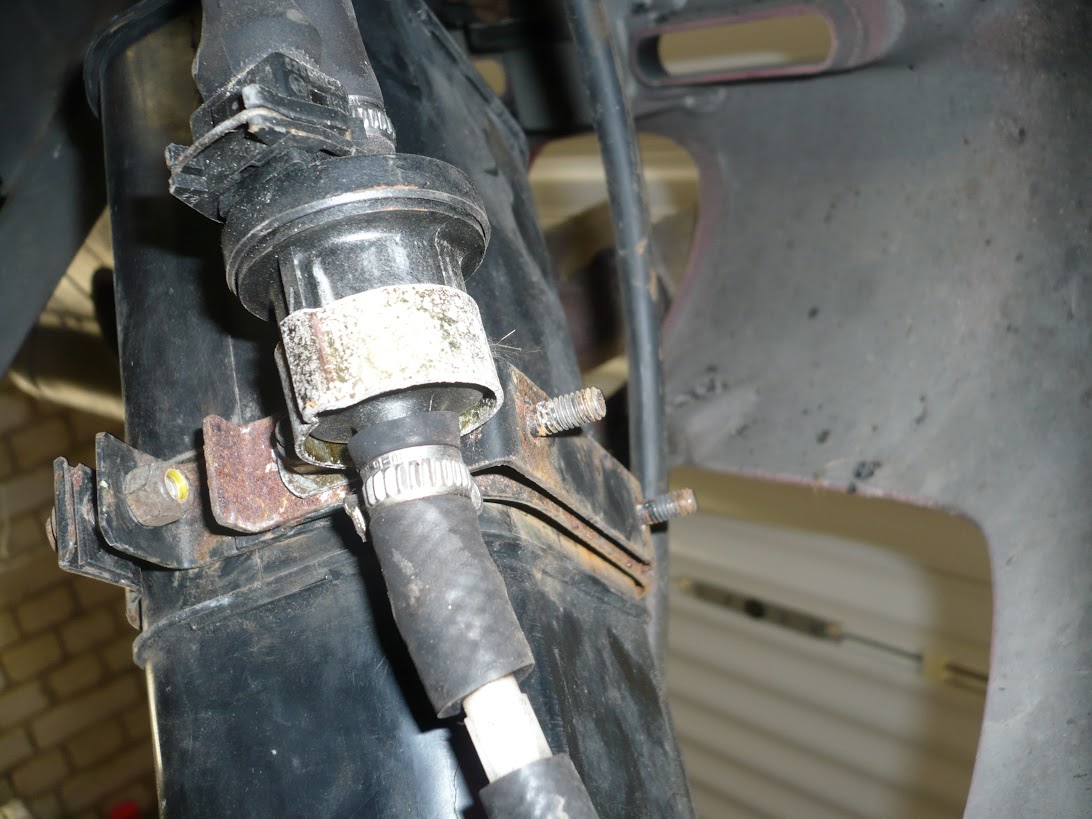 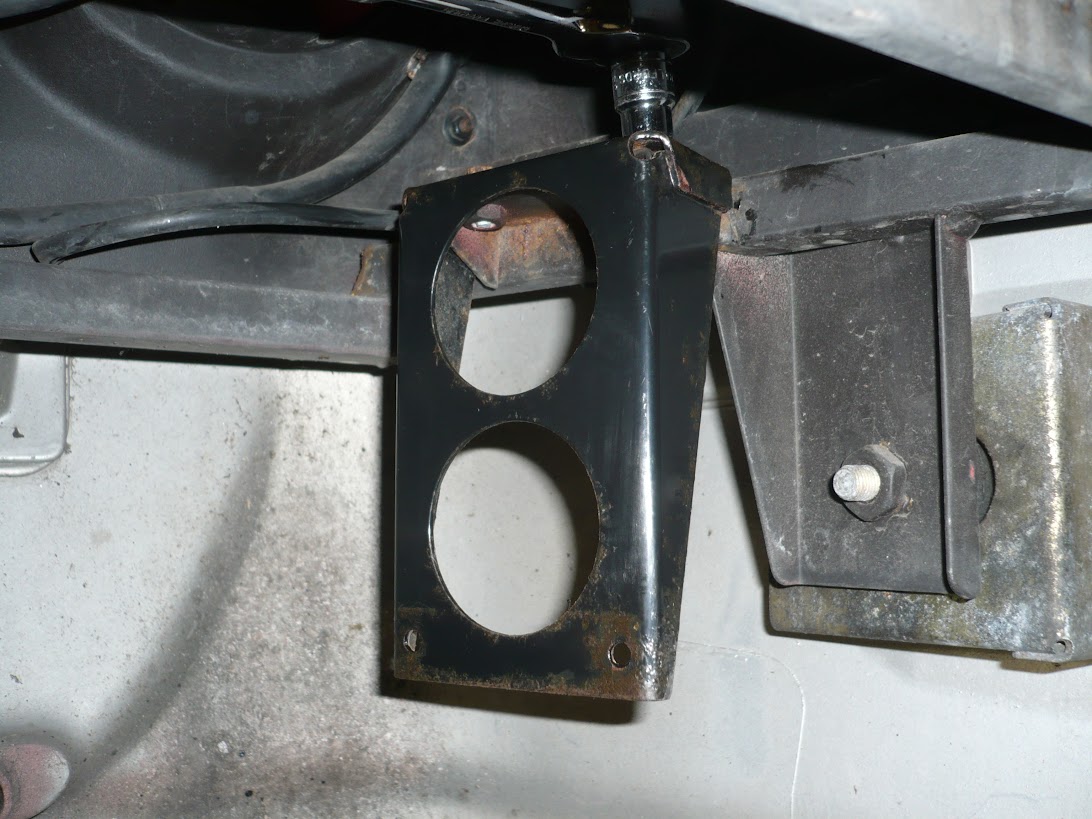 Having looked at the state of everything I decided I would blast and powder coat as much as i could. It's not original (some of this is painted, some might have been plated at some point - can't really tell what finish was on that small rusty piece) but it's better than nothing and leaving it alone at this point just seemed plain wrong. I removed as much as I could and took it all outside and sand blasted it all (not the canister - it's plastic). Here are some pics of the parts after blasting: 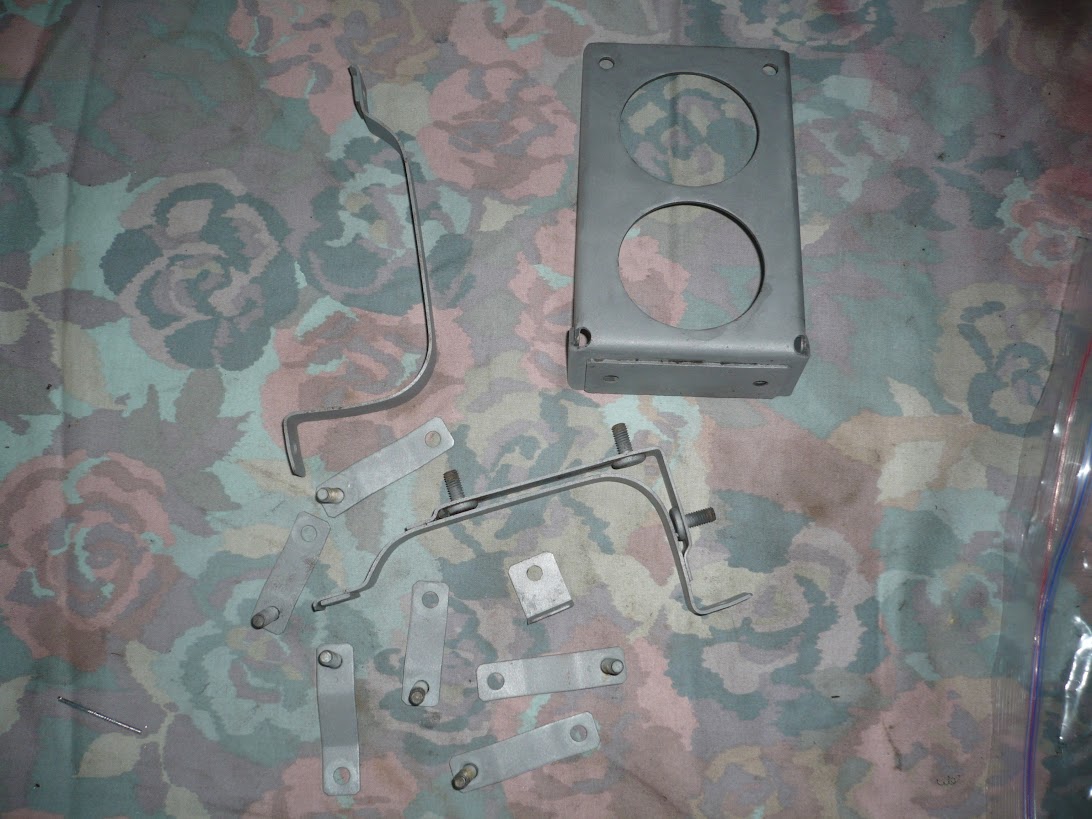 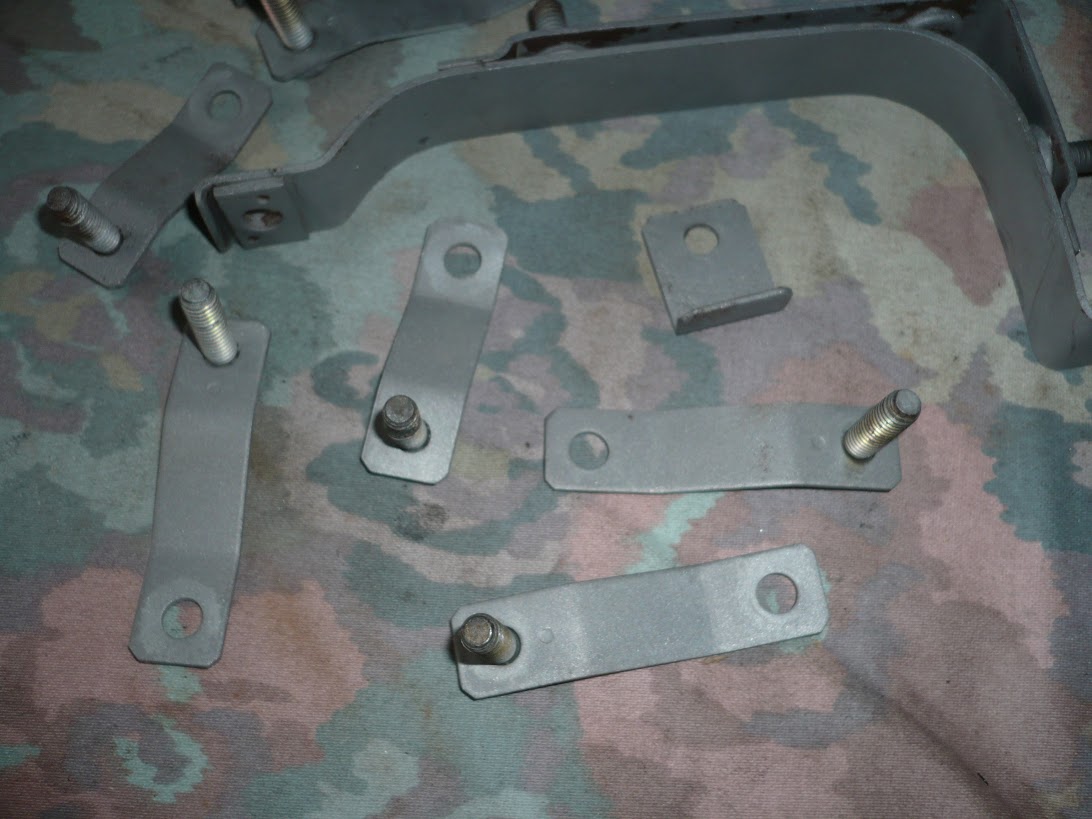 The eagle eyed amongst you will spot that some of these bits are not from the canister fixings. They are in fact the radiator mounts that I mentioned in an earlier article that I would not be able to leave as is, since they were quite rusty. They should have been replated with the other things I had done but the opportunity had gone so I decided to powder coat them alongside the canister mountings. 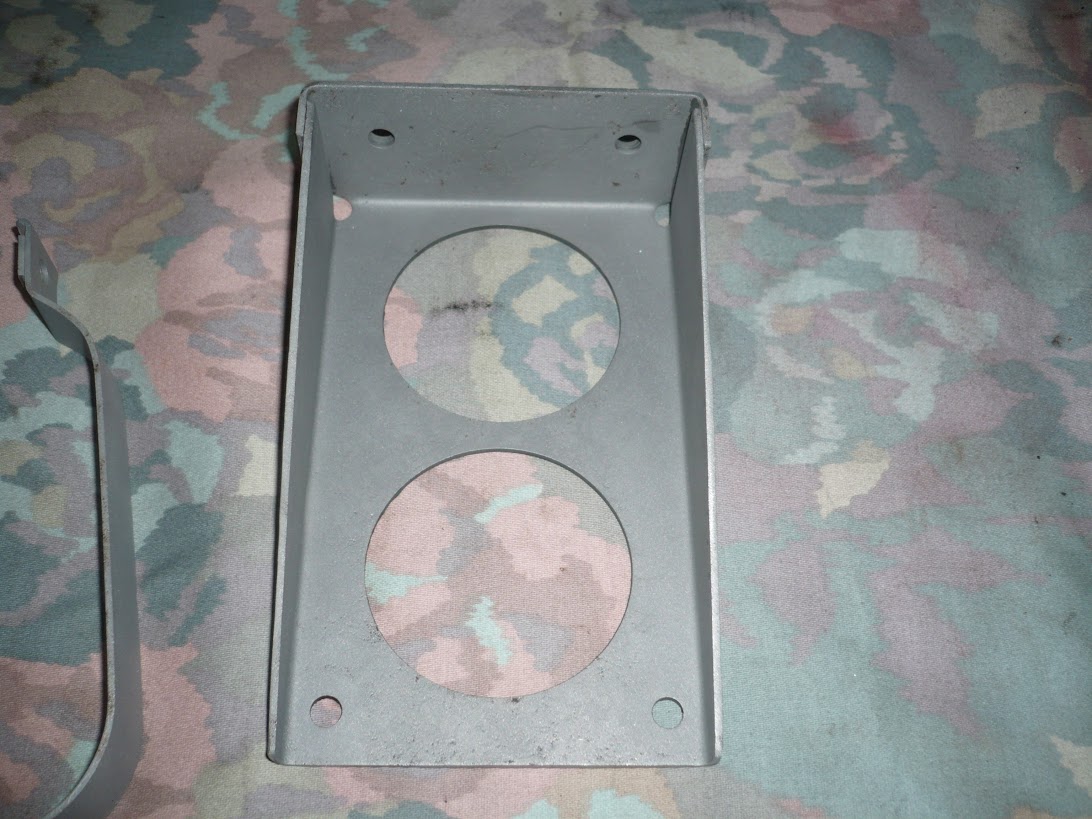 I made a rack so that I could hang all of the parts in the oven. I don't cook food in this oven incidentally !  Test fitting here prior to applying the powder. It's a squeeze but it all fits: 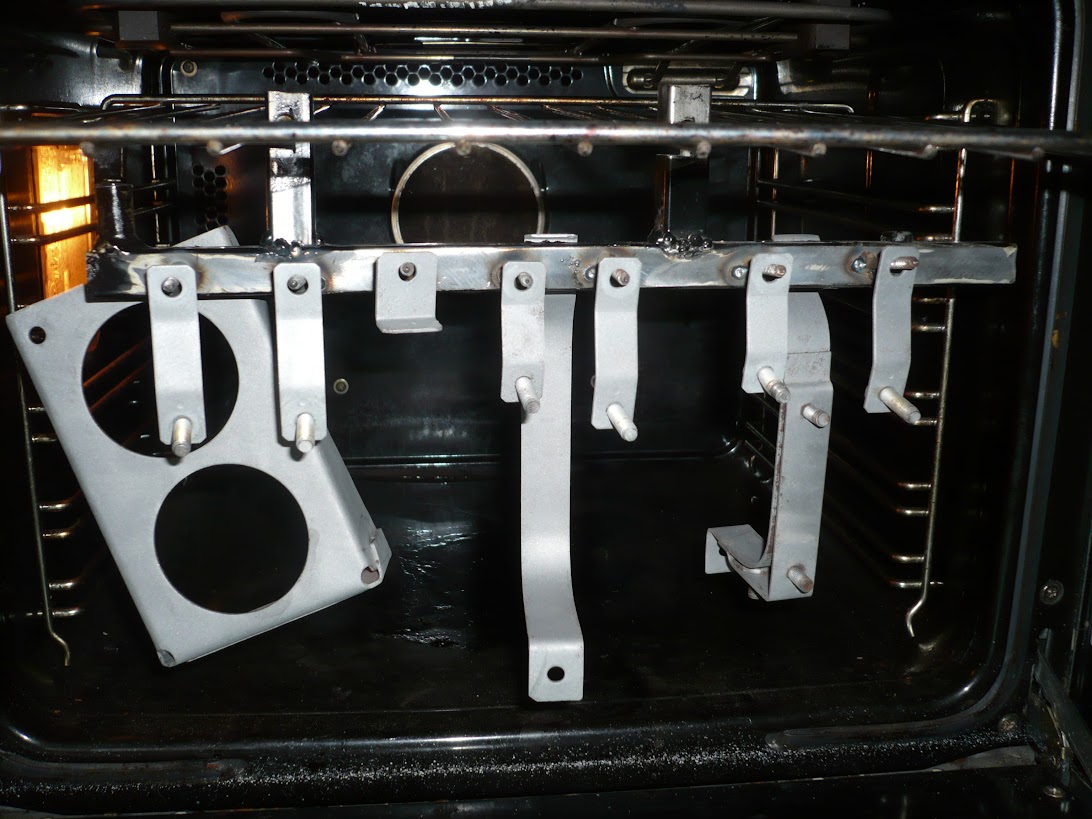 I then applied the powder while the oven was warming up, and then bunged it in for the requisite amount of time (15-20 minutes usually, for this powder). I forgot to take a photo just before it went in so this one below was taken after a few minutes. You can see the powder is just starting to flow, and it's obviously hotter at the top of the oven than at the bottom, since it's flowing more at the top at this stage: 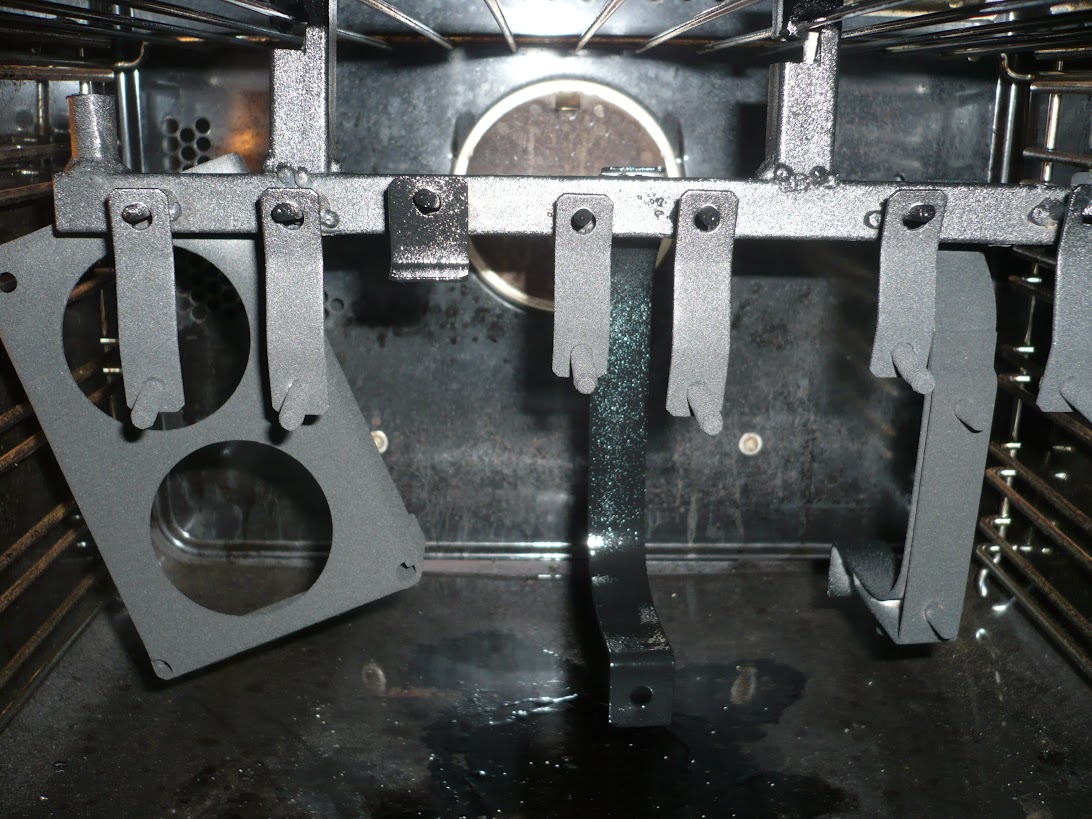 And then when it's finished; 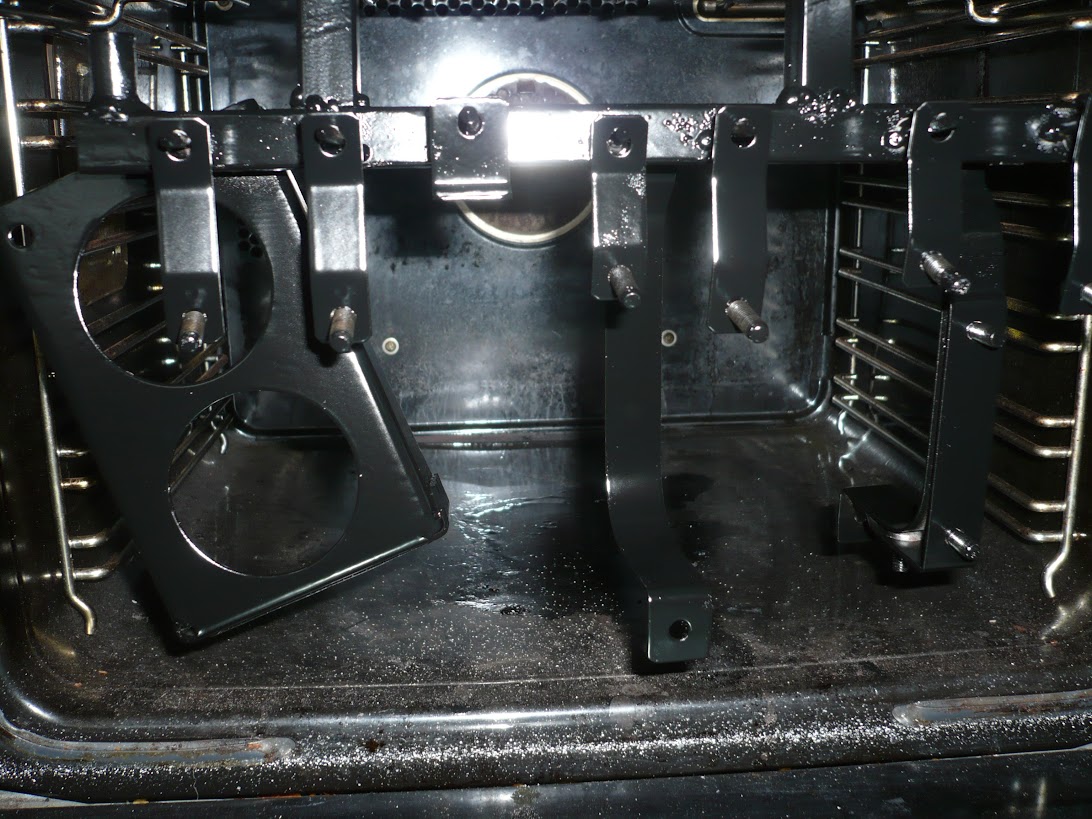 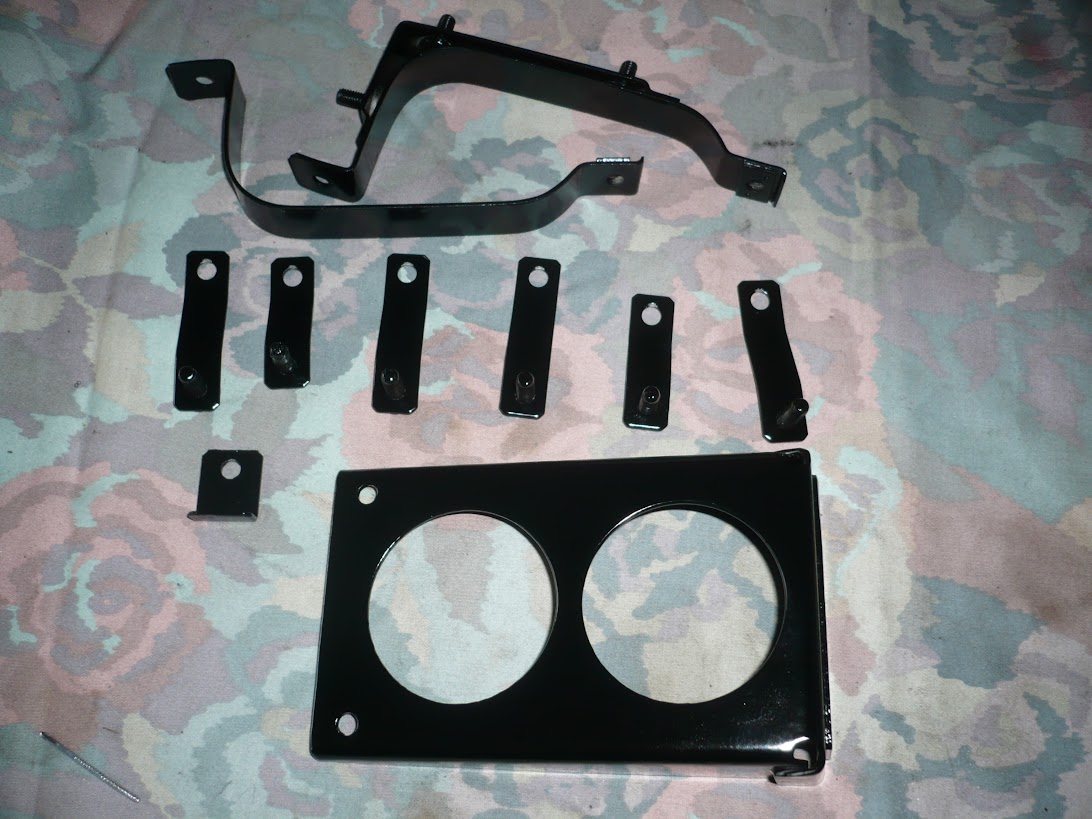 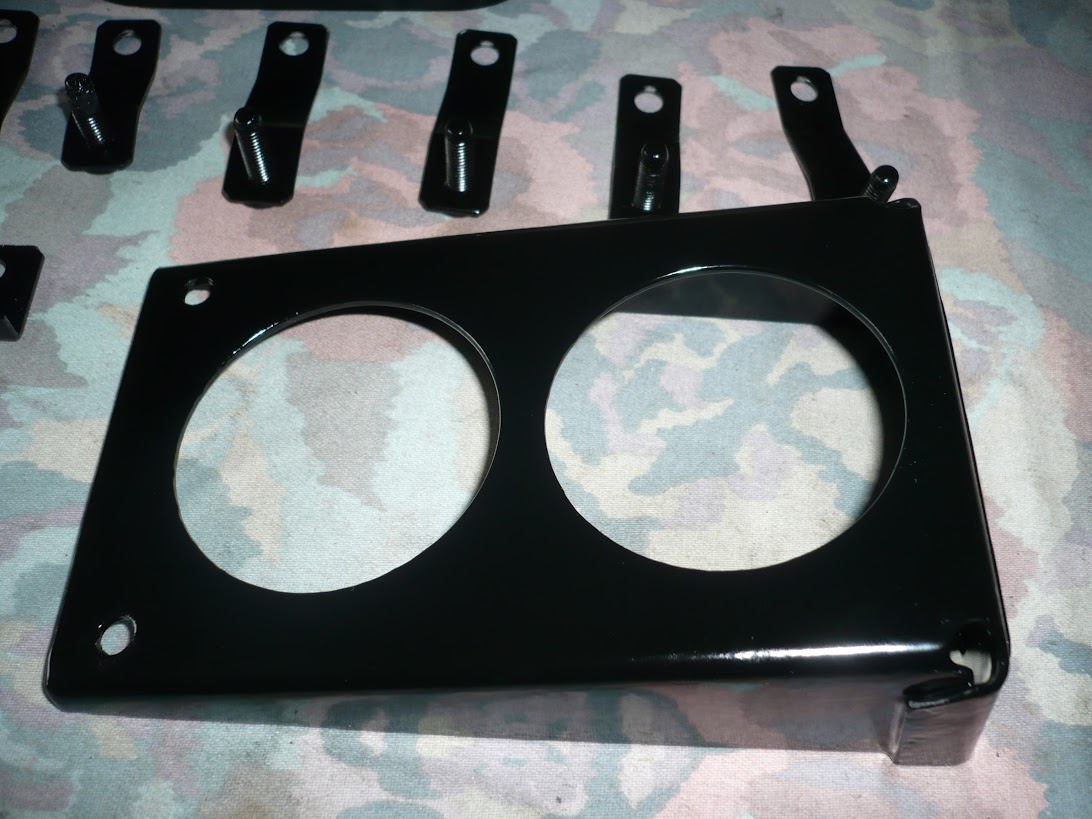 I then reinstalled the radiator fixings. Here's one example: 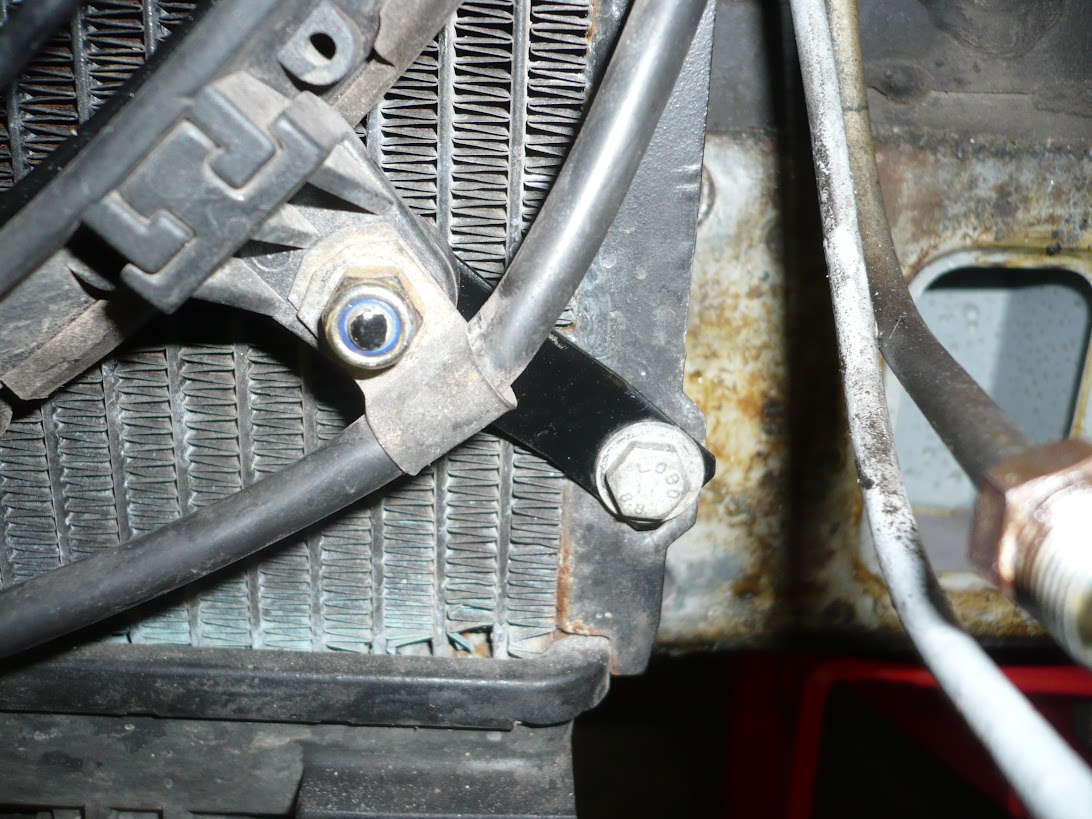 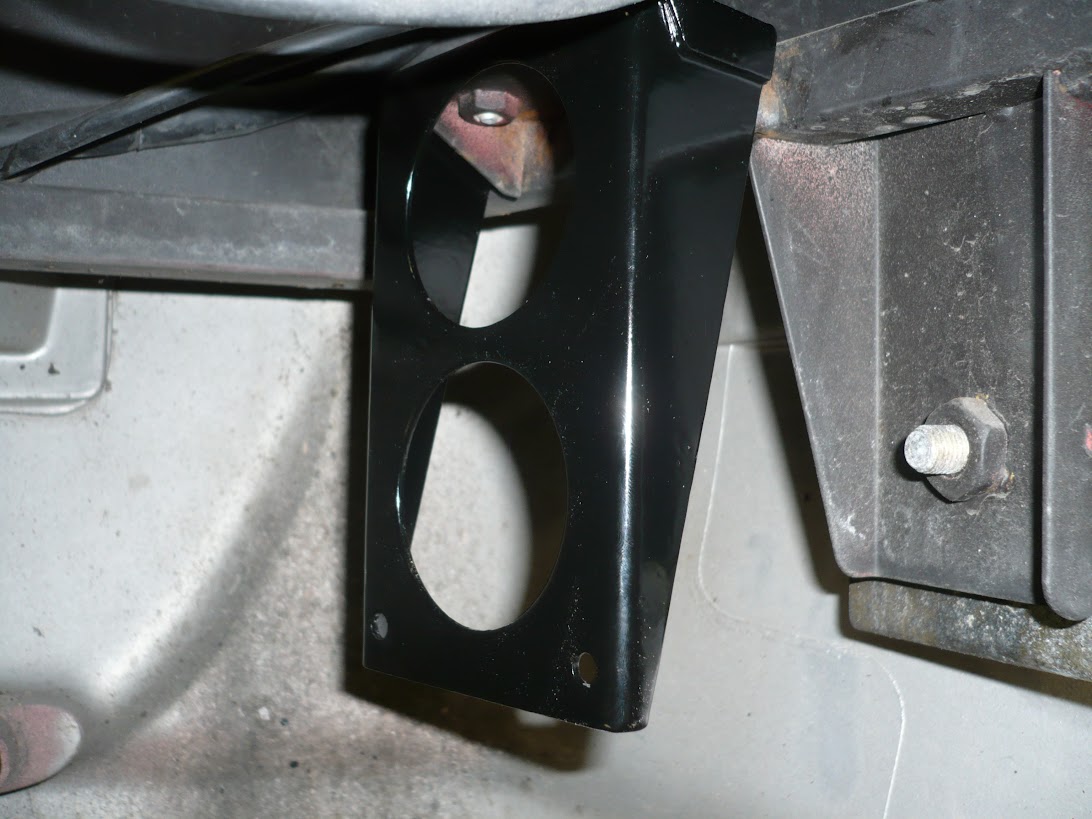 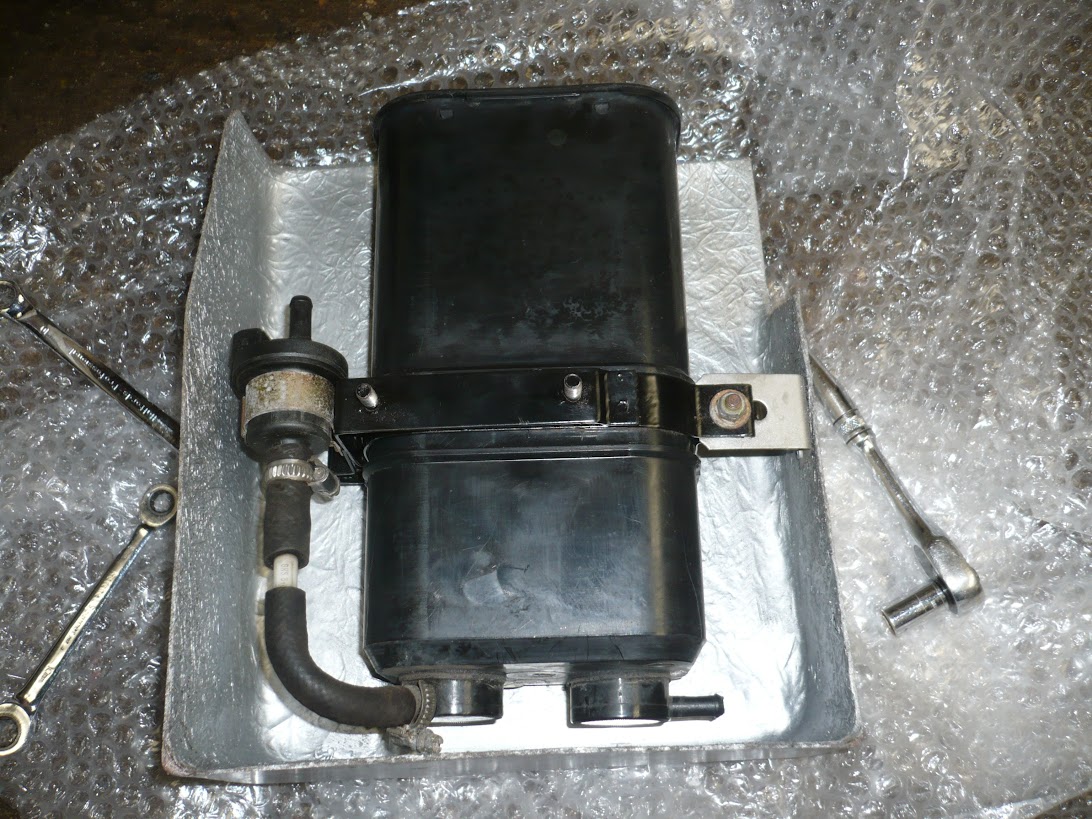 And finally the whole thing put back onto the car. 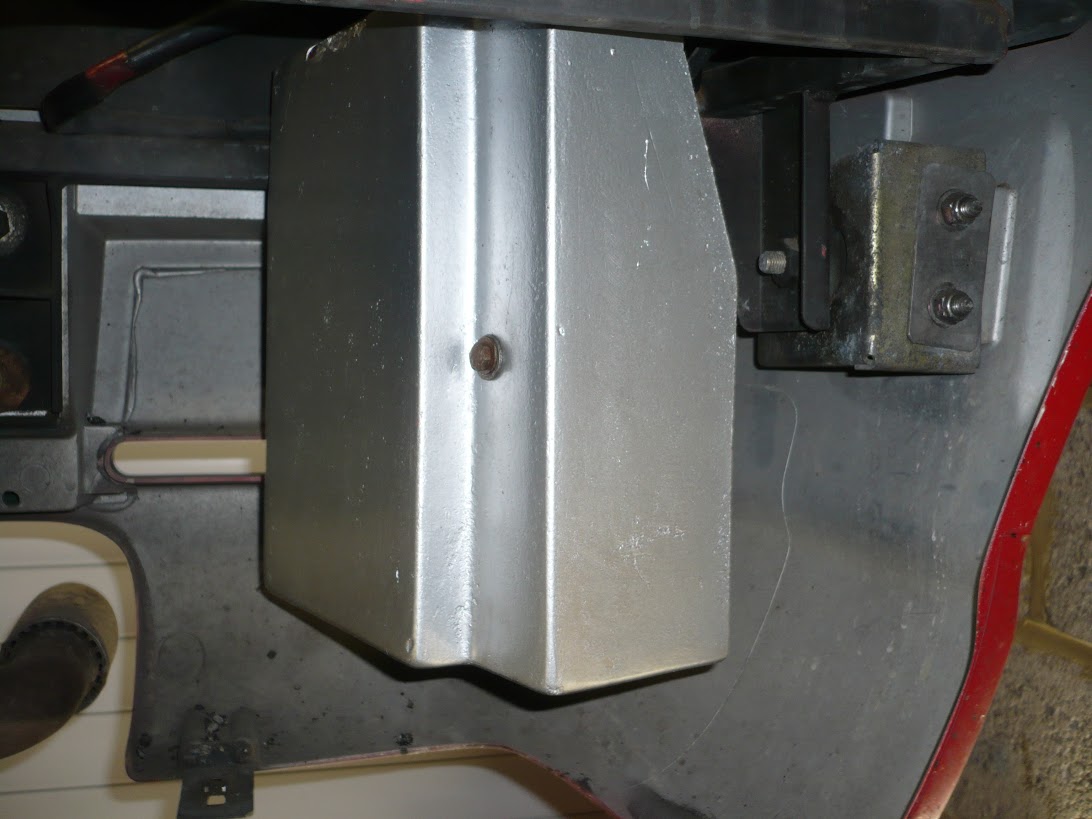