Old P-Clip removed from the front of the engine opposite the bulkhead and replaced with a new one; 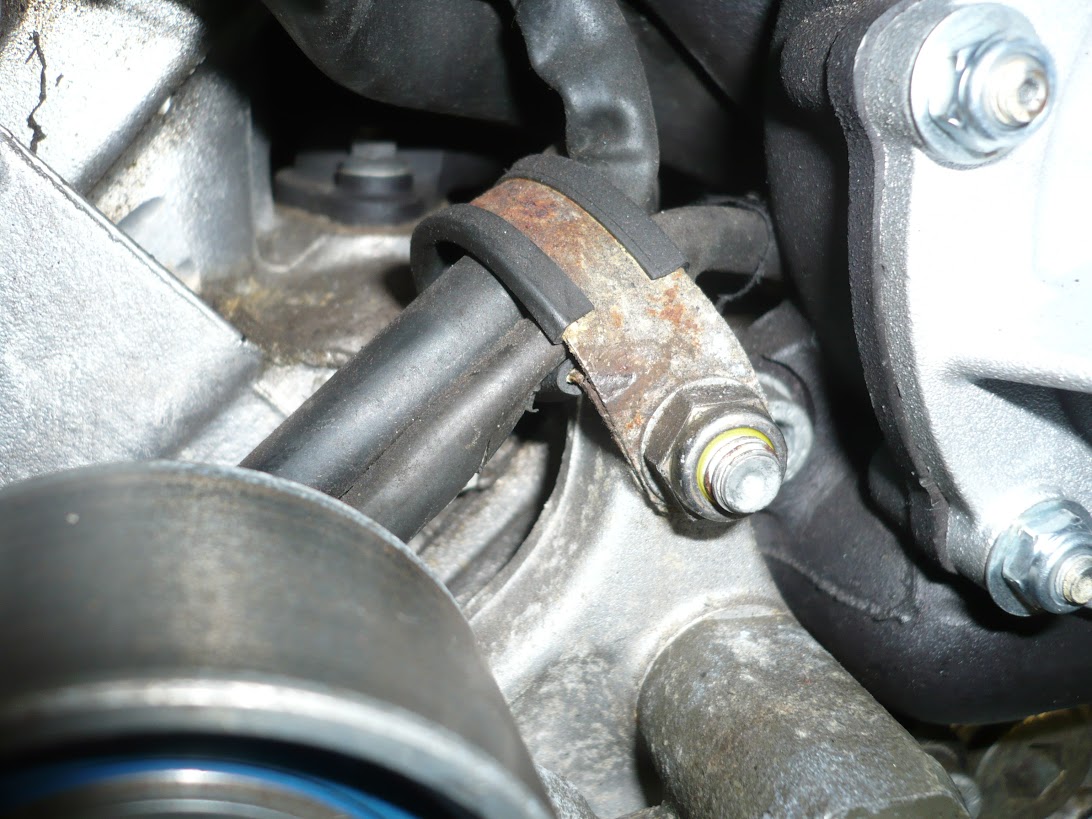 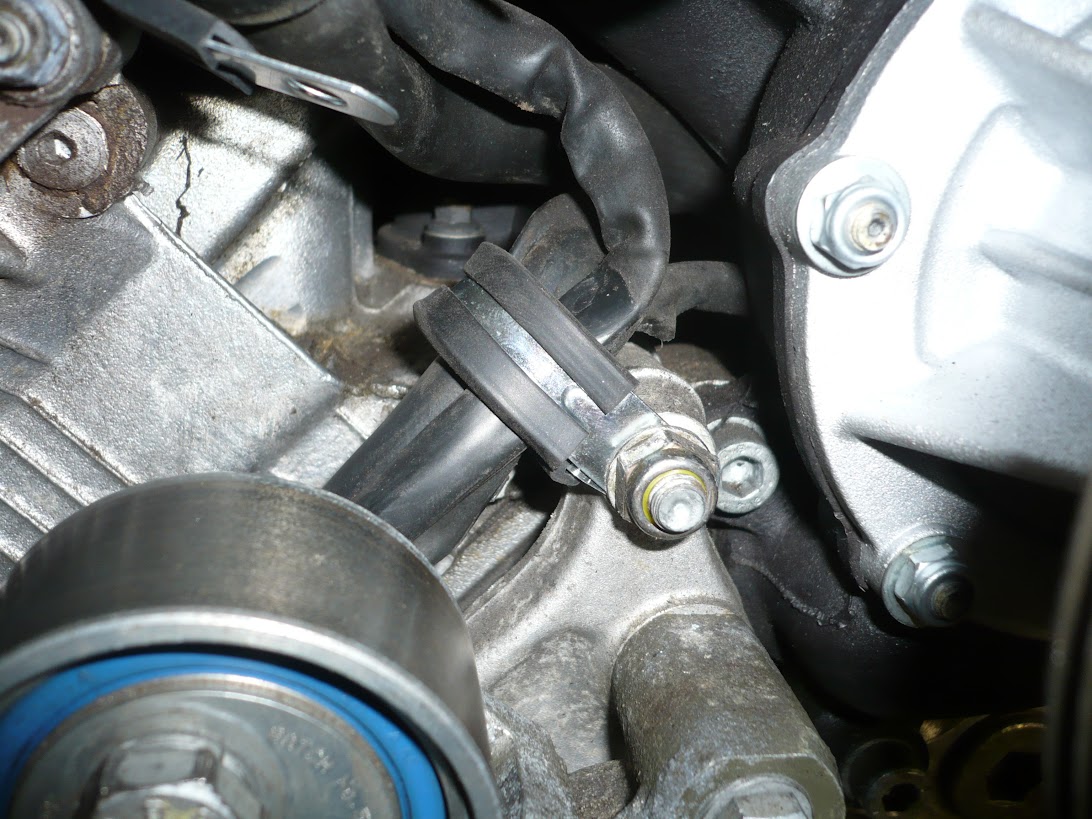 Both of the cambelt covers were cleaned and refitted; 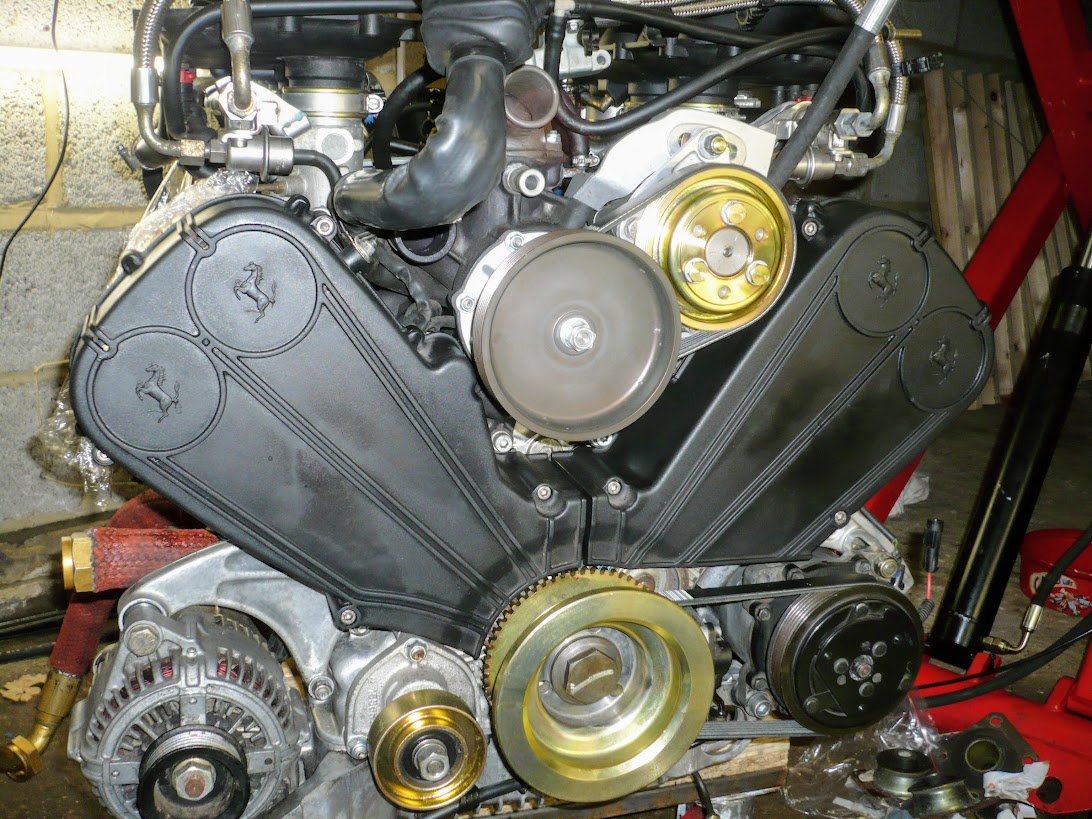 The air con clutch electrical connector was reconnected and tie-wrapped back onto the adjuster slot as it was before it was removed; 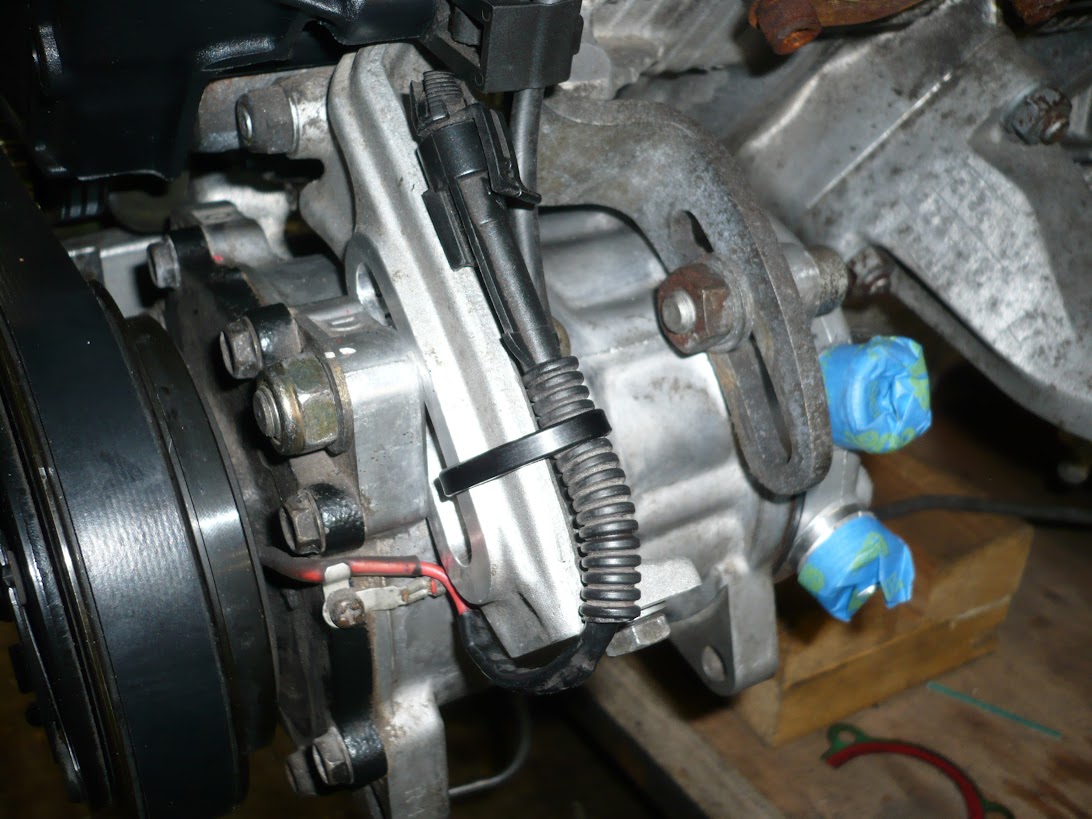 New P clips put elsewhere on the loom, inside the vee. If you look carefully here you'll see that this p-clip has a nyloc nut that is yellow passivated but has a blue insert. I bought a whole load of yellow passivated nuts to replace in many different places such as suspension, these clips, firewall, water pump, etc etc. Unfortunately I could not easily get nuts with a yellow insert as per the original ones which was certainly to my frustration. Instead I had to go with these blue ones. At least they are still yellow passivated, so at least 50% correct ! 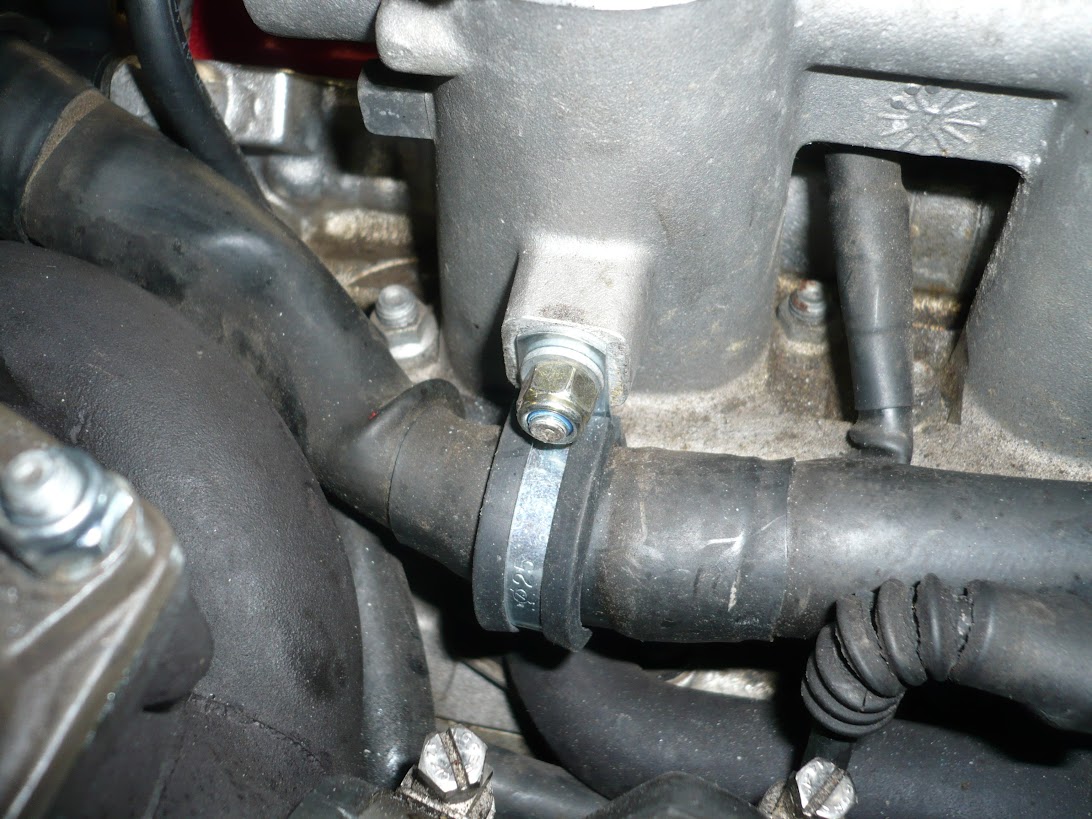 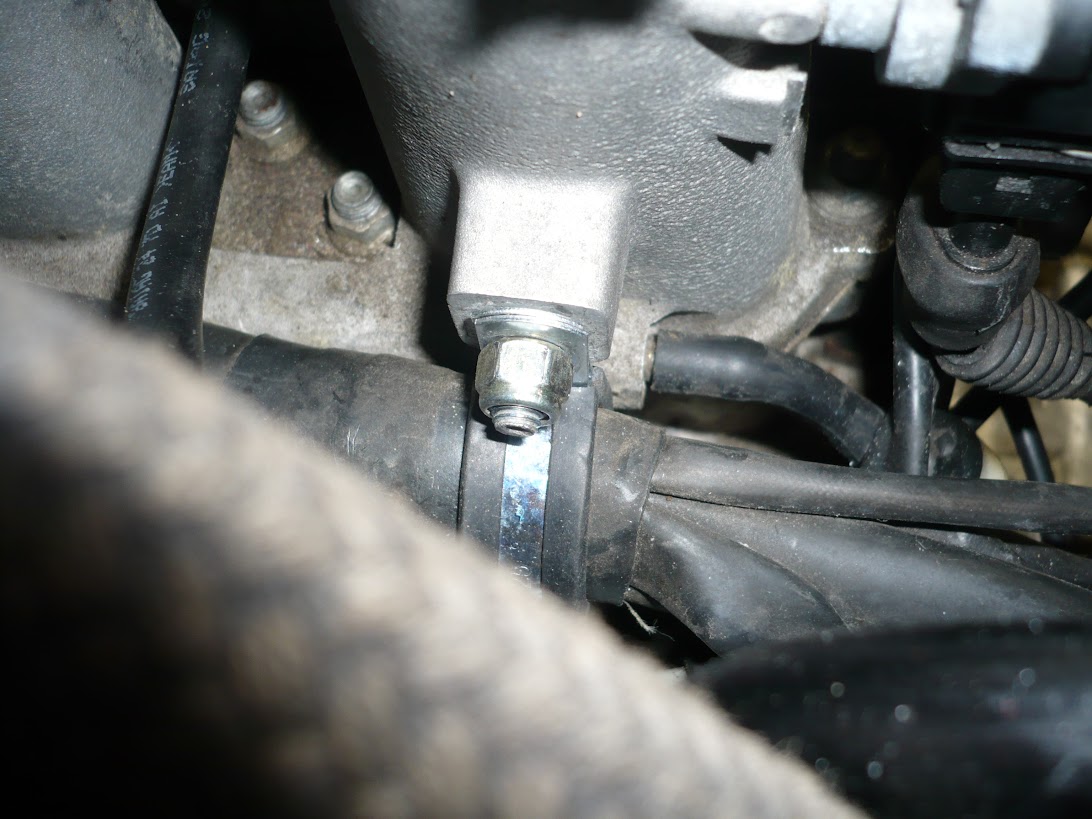 Below is a photo of another renewed P-clip but also here you can see a hose with a blue stripe on it. This is the replacement hose I had made by Pirtek for the power steering connection. It loops round toward the back of the block and comes back across this image again at the bottom where the new ferrule can be seen holding the original fitting on to the hose. 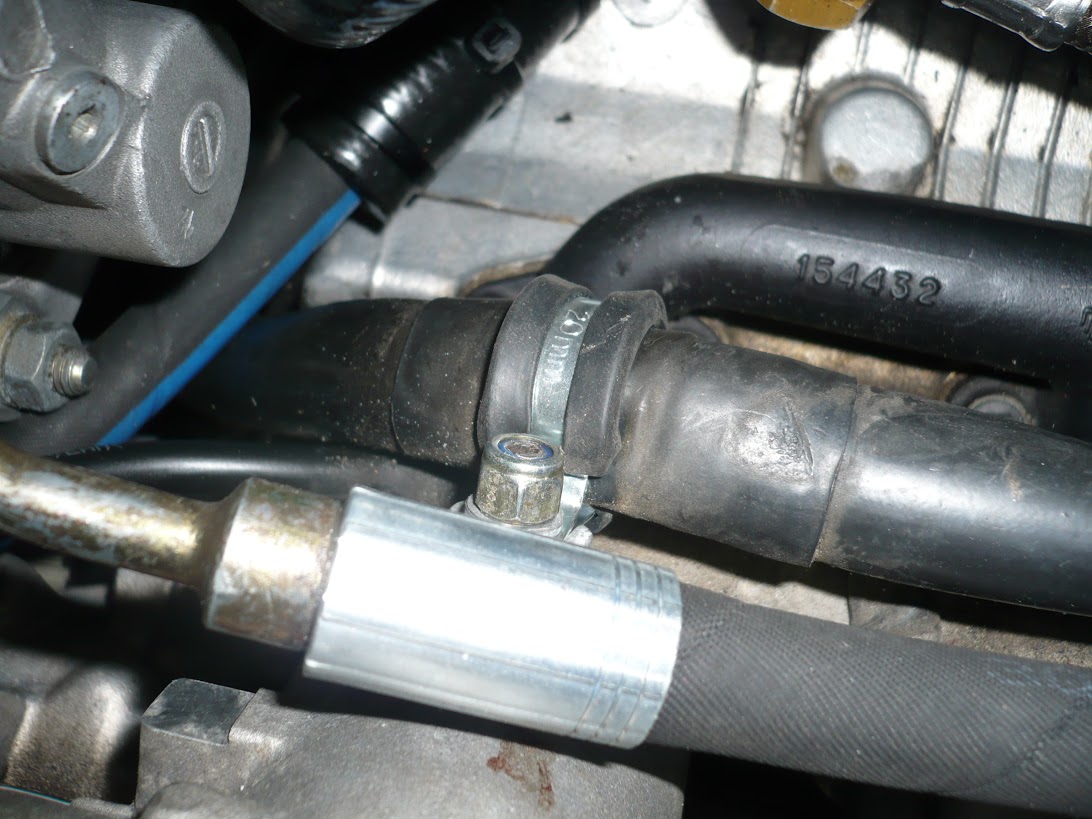 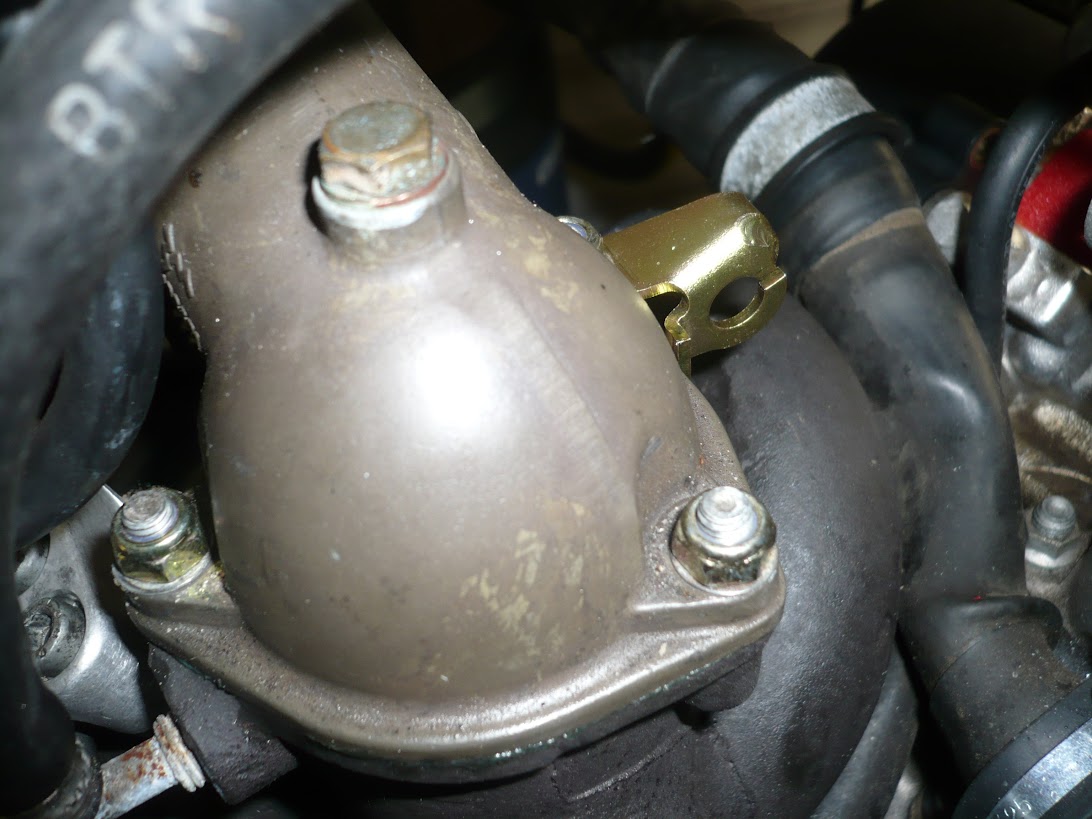 And on the auxiliary belt tensioner mounting; 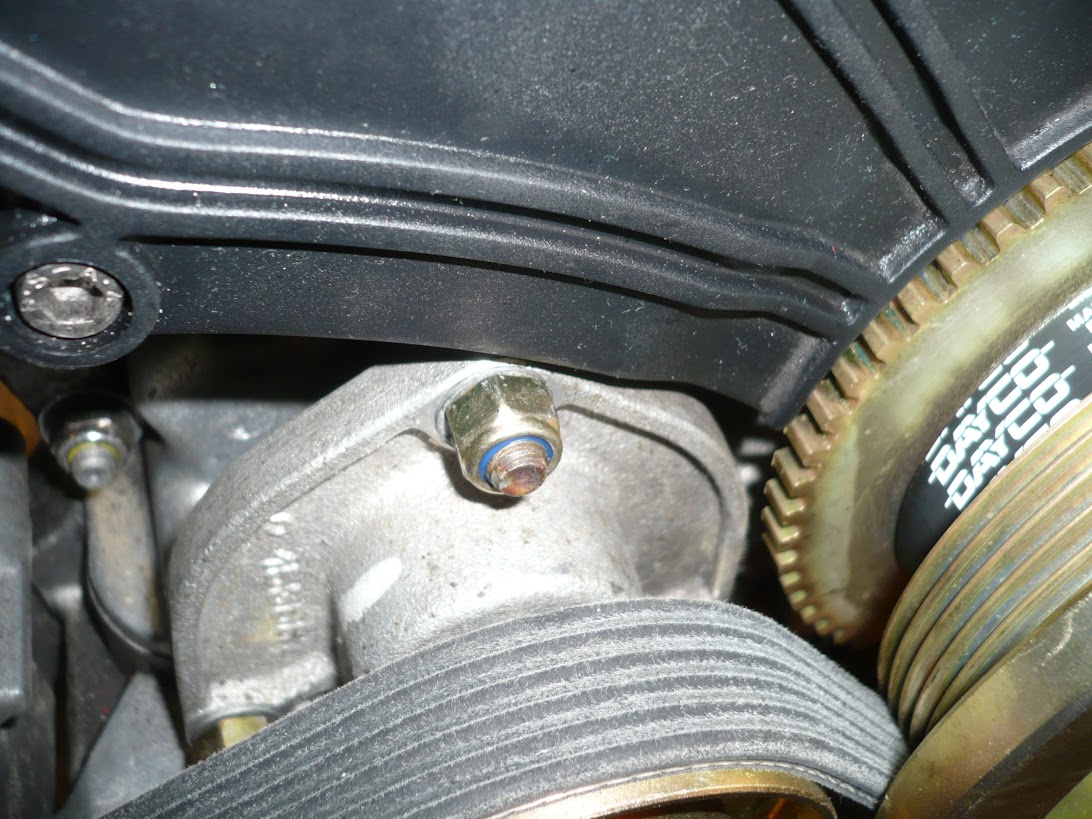 And on the fuel tank shield; 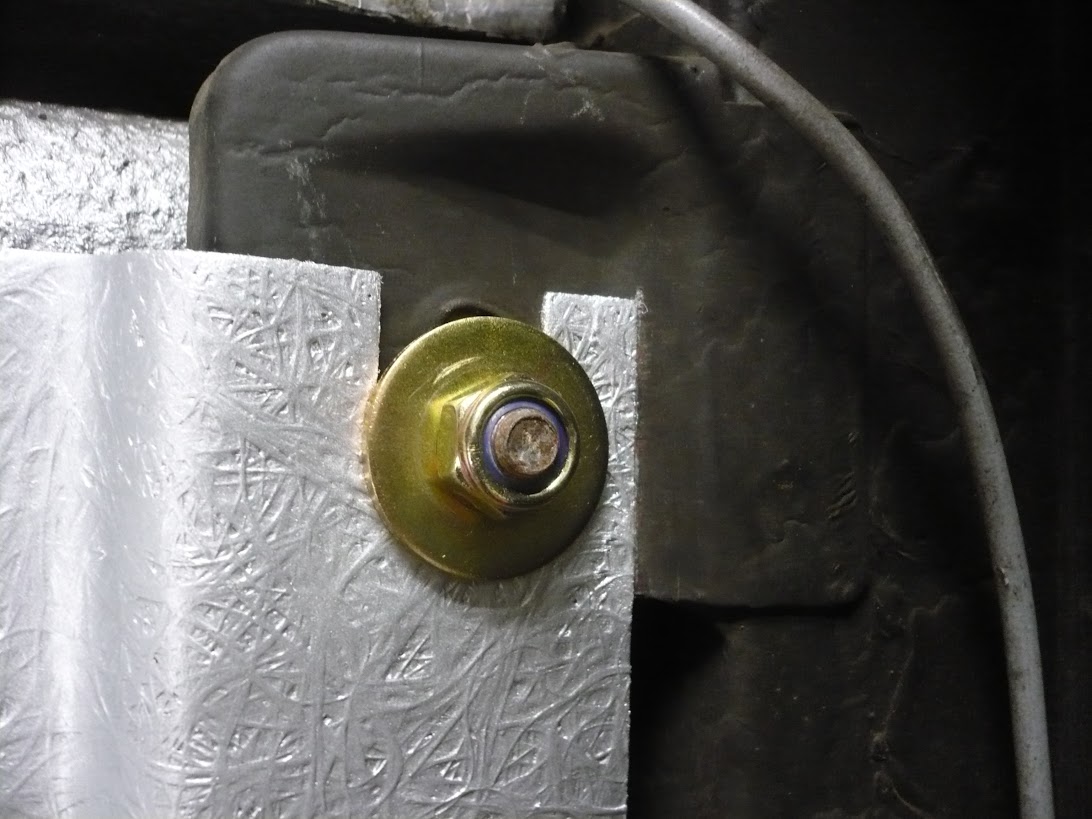 I put new hardware on the radiator fixings as well, but knew that I wouldn't be able to leave those rusty fixings alone; there's an article later on showing what I did with them; 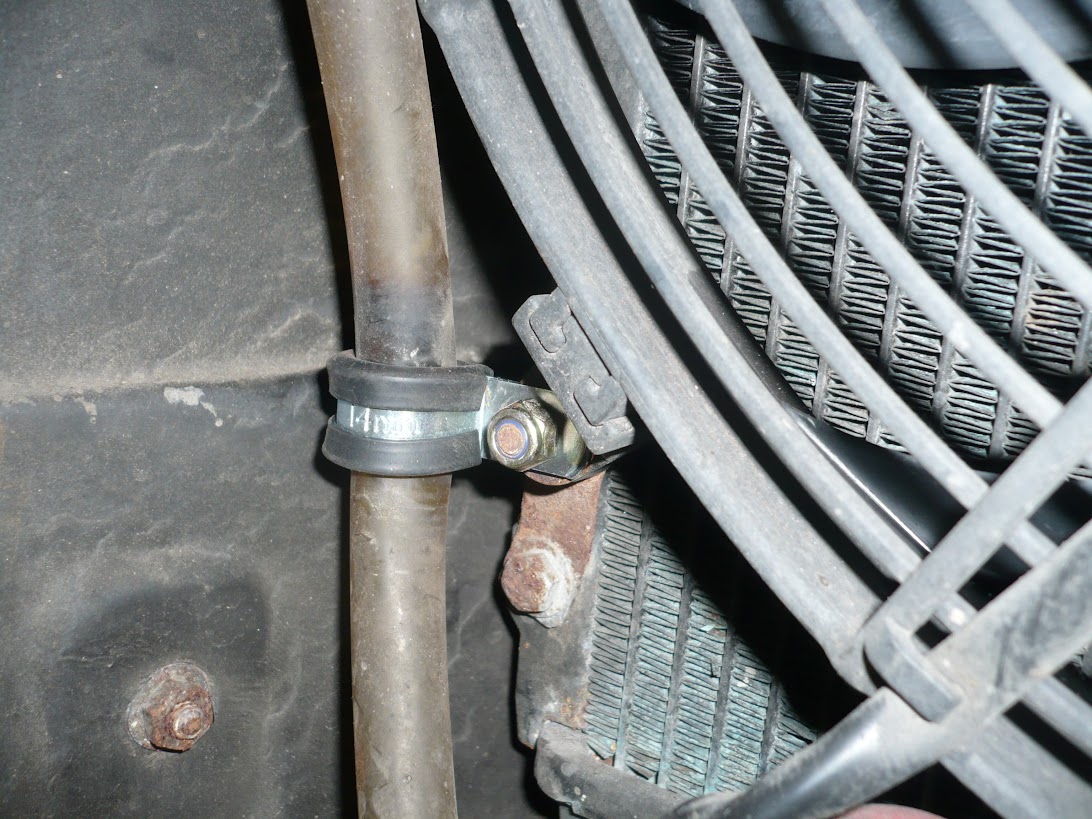